Just a pizza fun! Domino’s delivery driver entertains customer by following her special delivery instructions to kick the door three times, give her security camera a high-five and then run away

A Domino’s Pizza delivery driver proved he was worthy of a tip when he followed a special set of funny instructions for delivery from a customer.

Elizabeth Beem called her local Domino’s branch in Falcon, Colorado, and attached some unique instructions for a delivery on May 8.

The driver was asked to put the pizza on a table, kick the door gently three times, give the security camera a virtual high five, then run away.

The masked driver followed the directions perfectly before scampering back to his car with a smile and the hilarious moment was caught on camera. 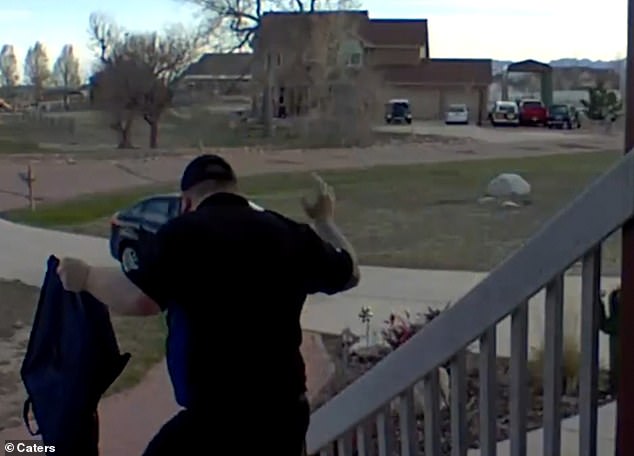 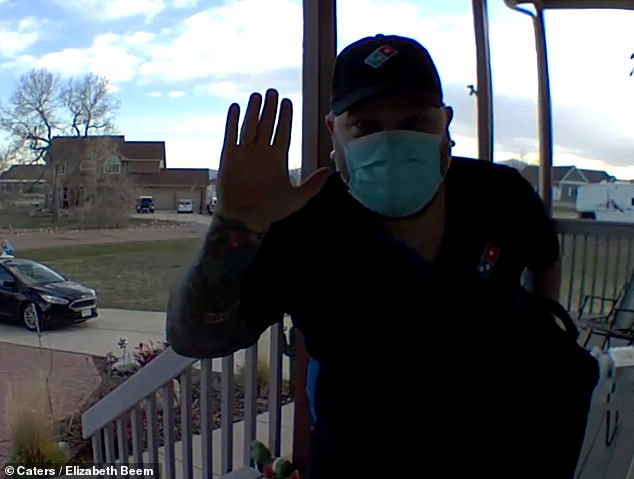 The delivery driver walks up to Elizabeth’s front door, unbuttons the bag keeping the pizzas warm and places them delicately on the table on her porch.

He then kicks the door three times before turning to the camera, giving it a cheeky wave and air high five.

The driver then bounds off while waving and holding the insulating bag to his side towards his car, clearly in high spirits from the fun instructions.

He skips back into the black Ford Mondeo having brought a smile to the face of Elizabeth and everyone watching the video. 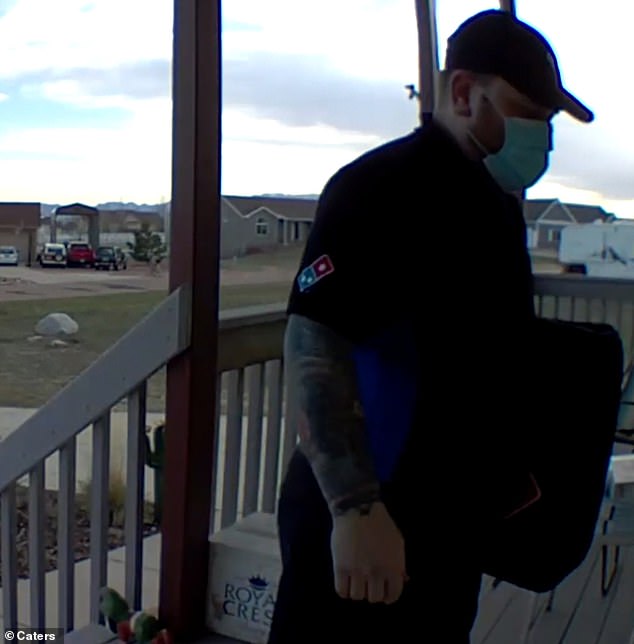 Domino’s Pizza has been running a contact-free delivery service since the coronavirus lockdown began.

The pizza takeout chain has allowed customers to order food via their website and app before drivers drop off the meal from a safe distance.

Domino’s hired more than 10,000 extra staff in the US in March to deal with increased demand during the lockdown. 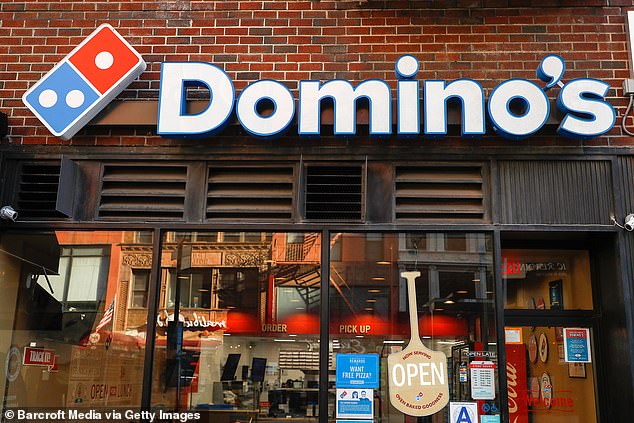 Domino’s announced a jump in sales between late March and mid-May on Tuesday, with a 14 per cent increase in US same-store sales during the first eight weeks of the second quarter. Pictured: A Domino’s store in New York

Domino’s CEO Richard Allison said: ‘While many local, state, and federal rules are closing dine-in restaurants, the opportunity to keep feeding our neighbors through delivery and carryout means that a small sense of normalcy is still available to everyone.’

The company announced a jump in sales between late March and mid-May on Tuesday, with a 14 per cent increase in US same-store sales during the first eight weeks of the second quarter.

Domino’s said: ‘We are seeing a tailwind as consumer behavior across the restaurant industry has shifted toward delivery and carryout, though we are not sure whether this trend will continue for the remainder of the second quarter or how long this tailwind may last.’