Follow
Home » World News » Donald Trump has presided over a soaring economy. Why isn't he getting the credit?

Donald Trump has presided over a soaring economy. Why isn't he getting the credit?

New York: Sarah Huckabee Sanders was trapped in a corner, looking for a way out.

During a press briefing in the White House on Tuesday, a reporter asked whether she could guarantee that President Donald Trump had never used the N-word to describe African-Americans. The question was sparked by claims from Omarosa Manigault Newman, a former Trump aide, that tapes exist of the President using the slur.

Huckabee Sanders said she could not guarantee anything, but that she had never heard Trump use the word. Then the White House press secretary pivoted to the economy. Her point: how Trump is doing his job is more important than what he may, or may not, have said years ago. 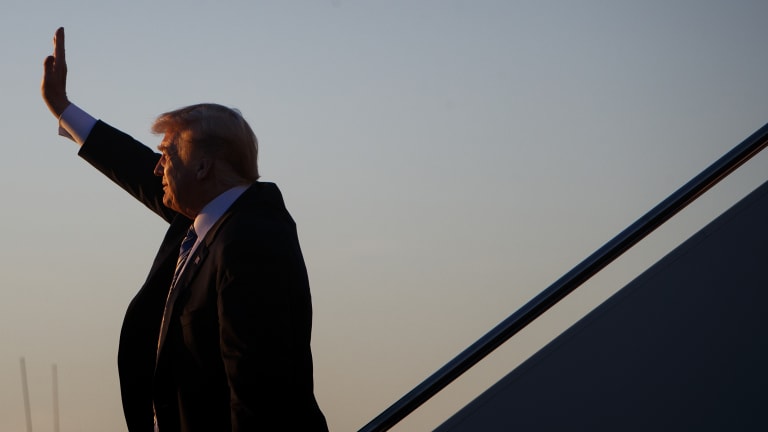 "Just look at the economy alone. This President, since he took office, has created 700,000 new jobs for African-Americans. When president Obama left, after eight years in office, he had only created 195,000."

Huckabee Sanders' figures may have been wrong, but her broader point was right. The US economy under Trump is roaring, and workers from racial minorities are among those benefiting.

This is a President who is fighting for all Americans … putting policies in place that help all Americans, particularly African-Americans

The success has defied predictions that Trump's 2016 election victory would deliver a devastating blow to the US economy. On election night the Nobel Prize-winning economist and New York Times columnist Paul Krugman wrote that Trump’s victory was the "mother of all adverse effects" and said "we are very probably looking at a global recession, with no end in sight".

US gross domestic product surged by 4.1 per cent from April to June, the fastest growth since the third quarter of 2014. The Dow Jones Industrial Average soared by 30 per cent in Trump's first year in office, the biggest increase since World War II.

The US unemployment rate is currently 3.9 per cent, the lowest level since 2000. 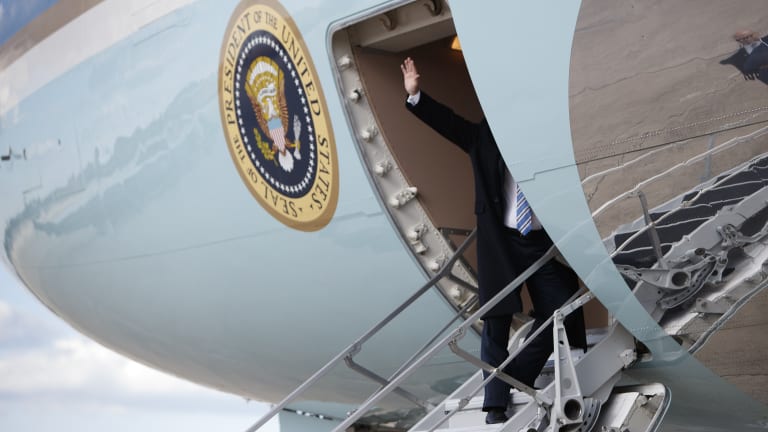 Black employment and Hispanic employment have both improved under Trump.

Trump has repeatedly said how proud he is of these figures, arguing they justify his plea to black voters in 2016 to cut their traditional ties to the Democratic Party and vote for him.

"You're living in poverty, your schools are no good, you have no jobs," he famously said during the 2016 campaign. "What do you have to lose?"

(Most black voters were unpersuaded by his pitch: just 8 per cent of African-Americans voted for Trump.) 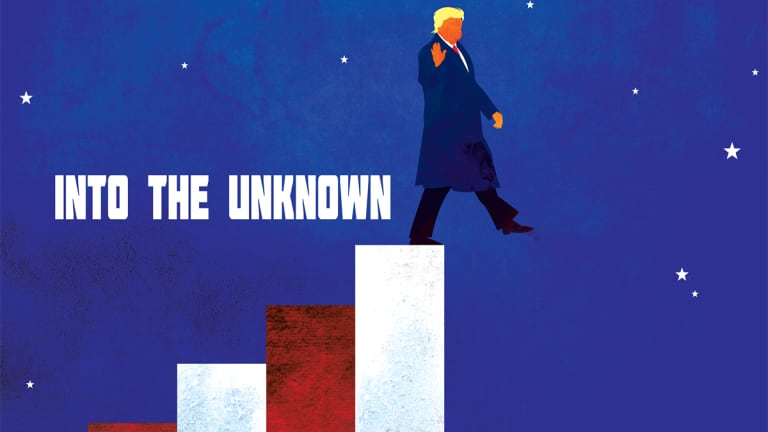 While enjoying dinner at iconic Harlem soul food restaurant Sylvia's this week, Felicia Hunt, an African-American bank manager, said she was doing well economically under Trump. "I see a very good increase in my 401(k)," she said, referring to the US equivalent of an Australian superannuation account. "The Trump effect is real."

Then she stopped herself: "But I don't give him credit for it. Obama is the one who got the country out of recession and now Trump is reaping the benefits."

Hunt's reaction epitomises a conundrum facing Trump: the economy is performing well under his watch, but it may not deliver him the political dividend one would expect.

When Bill Clinton was running for president in 1992, strategist James Carville hung up a sign in the campaign team's headquarters. The idea was to stop the campaign straying off message by emphasising three themes: "Change v More of the Same", "The economy, stupid" and "Don't forget healthcare".

The second point on the sign – usually rephrased as "It's the economy, stupid" – has since become one of the most repeated political mantras in the world. The premise that political success is intrinsically tied to the state of the economy has become conventional wisdom.

With the economy in recession under Republican George Bush snr, Clinton took office in 1992 and oversaw a prolonged period of growth. At the end of his presidency, the unemployment rate was below 4 per cent, the stock market was flying high and the budget was in surplus.

Although he had been impeached by the House of Representatives and exposed as lying about an affair with Monica Lewinsky, Clinton left office with an approval rating of 65 per cent – the highest since Harry Truman in 1953. 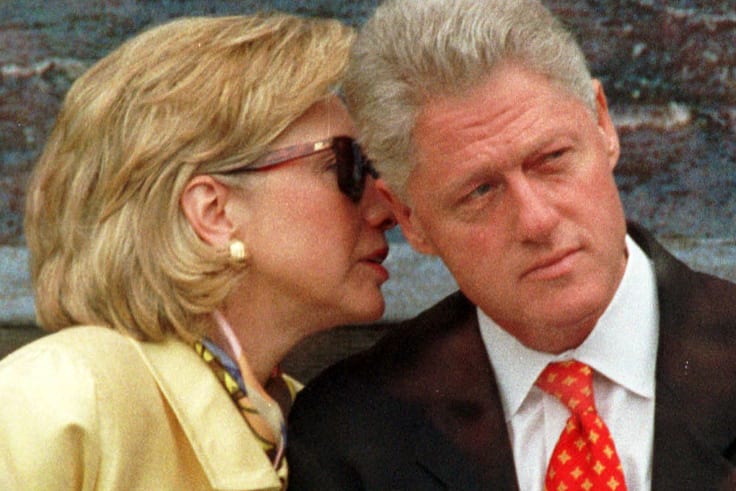 "Voters bifurcated their views of Clinton: they didn't like his personal behaviour but they loved his management of the economy," Peter Hart, a veteran pollster on Democrat campaigns, says. "So far that hasn't happened with Trump.

"The unusual thing is that when the economy is this strong a president should have an approval rating in the high 50s or even 60s."

Instead, according to a poll released this week by Quinnipiac University, Trump's approval rating sits at 41 per cent. That is despite 67 per cent of voters describing the economy as "excellent" or "good" while just 32 per cent rated it "not so good" or "poor".

"That environment should bode well for the party in power. but that's not the case here.

"Republicans have been unable to focus the nation's attention on policy successes."

Polling guru Nate Silver this week released his predictions for the November mid-term elections, in which he found Republicans have a 75 per cent chance of losing control of the House of Representatives.

“You can’t find me a time in modern times when the economy was this strong and the governing party was headed toward a potential political disaster like this,” he said.

Exactly how much credit Trump deserves for the country's economic success is a point vigorously contested by analysts.

"Trump helped inject confidence into the business community," he said. "He has taken on the role of business cheerleader-in-chief."

Speaking to Fairfax Media, Patrick Chovanec, chief strategist at Silvercrest Asset Management, counters: "It's not accurate to say the economy has massively shifted gears under President Trump. The trend lines are the same as we have seen during the entire recovery since the global financial crisis."

Indeed, the US economy has added jobs for 78 months in a row and black unemployment fell steadily during Obama's second term. Trump has extended the economic recovery, but he didn't create it.

Chovanec also adds that there is one economic indicator Trump cannot boast about: wage rises. Figures released this week by the US Bureau of Labour show real average weekly earnings slightly declined over the past 12 months despite low unemployment.

You can’t find me a time … when the economy was this strong and the governing party was headed toward a potential political disaster.

As the smell of fried chicken and catfish wafted from the kitchen at Sylvia's in Harlem, Felicia Hunt's husband Hector, a public sector manager, said he did not feel he was living in an economic boom.

"Salaries are not keeping up," he said. "The rich are getting richer, the poor are getting poorer and the middle class are getting squeezed."

He said the price of petrol, which recently hit $US3 a gallon ($1.09 per litre) had shot up, cancelling out the benefit from tax cuts Congress passed late last year.

This sentiment helps explain why Republicans have largely stopped campaigning on the tax cuts, which delivered the biggest benefits to corporations by slashing the corporate tax rate from 35 to 21 per cent. Republican advertisements are instead focusing on the threat of Nancy Pelosi, a progressive Democrat from San Francisco, becoming House Speaker again.

Although some workers have received bonuses since the tax cuts passed, most companies have responded not by increasing wages or new investments, but by buying back their own stock. In the most recent quarter, publicly-listed US companies made stock buybacks worth $US436.6 billion ($600 billion), almost double the previous record of $US242.1 billion set earlier this year.

That has been a boon to shareholders, who tend to be among the top income earners. The top 10 per cent of households owned 84 per cent of all stocks in 2016, according to research from New York University professor Edward Wolff. 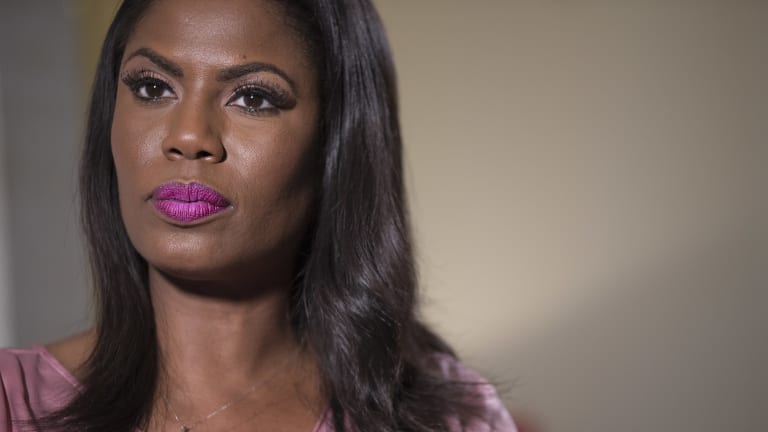 "The tax plan is perceived as something that benefits the wealthy," Hart says. "I don't see the Republicans making it a major talking point this fall."

Hector and Felicia Hunt added that their view of Trump was shaped by more than economics. "I agree too many people are coming over the border but I don't like the way he's going about it," Hector said. "You don't separate children from [their] parents."

Felicia said she doesn't like Trump's "un-presidential" style and the fact he had described a woman as a dog.

Both still remember how he questioned whether Obama was a US-born citizen and his insistence that the "Central Park Five"– four black men and a Hispanic man accused of raping a jogger in Central Park – were guilty, even though they had been exonerated.

"Black people are not going to start liking Donald Trump because the unemployment rate is low," Hector said.

Hart believes the maxim "It's the economy, stupid" is still relevant to modern politics. But he adds: "It doesn't work when you have a leader who is so polarising on so many other issues."

Donald, has, over, presided, Trump
You may also like: