Dozens of teenagers brawl at Lincolnshire beauty spot during lockdown

This is the shocking moment dozens of teenagers broke into a fight at a beauty spot in Lincolnshire after brazenly shunning social distancing rules.

Video footage circulating online shows the youths at the scenic Stamford meadows between the millstream and the River Welland.

Teens can be seen clashing in the mass brawl in the video, which is believed to have been filmed by a resident and captioned ‘Nothing like a little social distancing fight’. 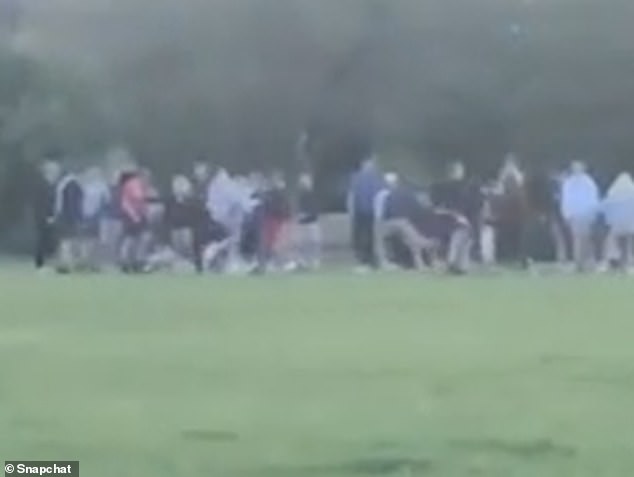 A violent flurry of kicks, punches and blows are thrown among the group.

Some are grabbed in headlocks and thrown to the floor with the force of the blows.

It is believed the group had been at the spot for around half an hour before the brawl broke out. 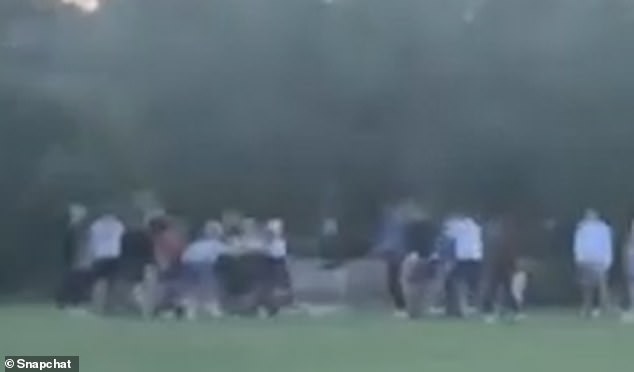 The teens are in clear breach of social distancing measures, with current rules meaning only two people from separate households can meet if they keep two metres apart.

It is not clear how long the fight had been going on for before filming began, nor why the brawl broke out in the first place. 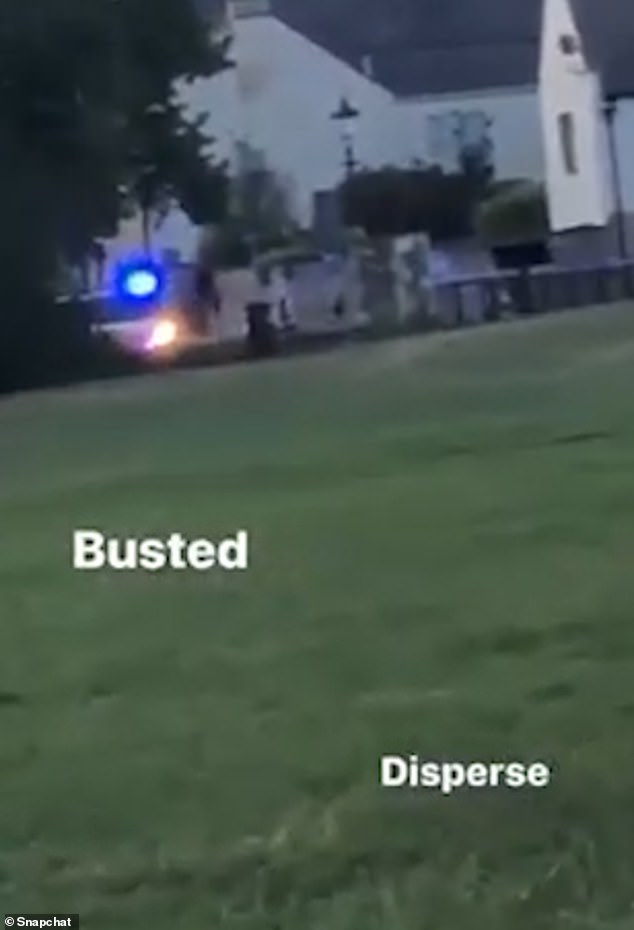 The video resume a while later as police car with its flashing lights arrives while the sun is setting, at around 9.45pm.

By this point though, the teenagers had already fled.

A police spokesperson said: ‘We received a report of a large gathering of youths at the Meadows at around 8.14pm on Wednesday.’

The spokesperson said the group had dispersed by the time authorities arrived but that police would looking into it further, LincolnshireLive reported.

Police are able to hand those breaching lockdown rules for the first time with a £100 fine.

Forces across England and Wales have so far issued nearly 17,000 fines for alleged breaches of coronavirus lockdown rules, and most of those were for men aged 18 and 24, the National Police Chiefs’ Council (NPCC) said.

at, brawl, dozens, L., of, Teenagers
You may also like: