THIS is the dramatic moment a fireman received a machete blow to his head while rescuing a six-year-old boy held at knifepoint by his own father.

Fireman Nong Guoqie was saved from the blade by his helmet, which is left with deep grooves from the edged weapon. 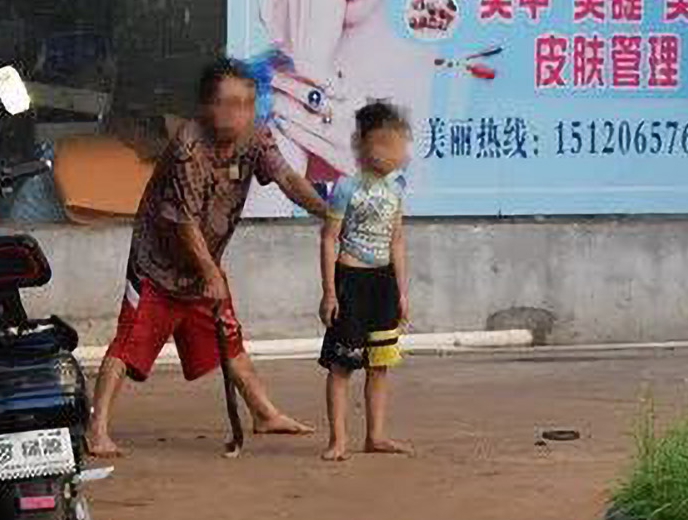 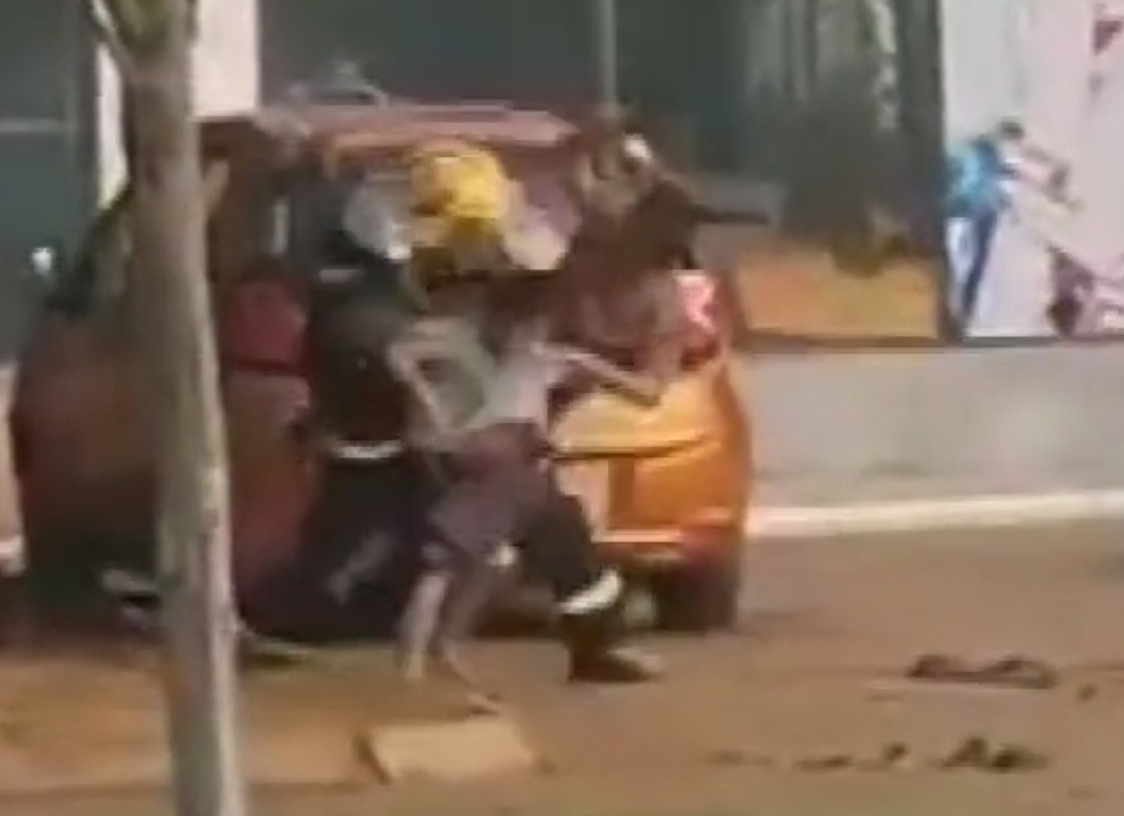 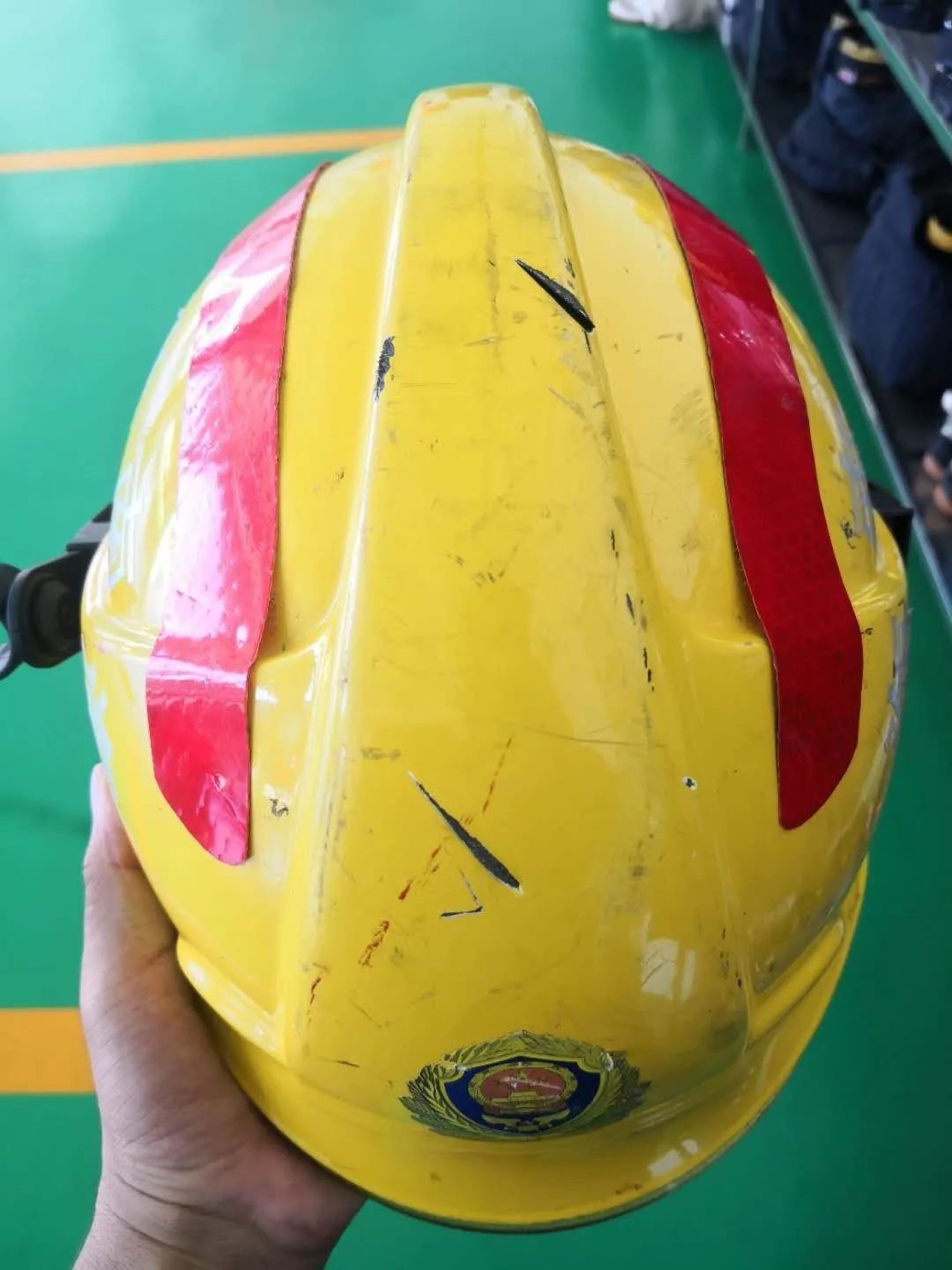 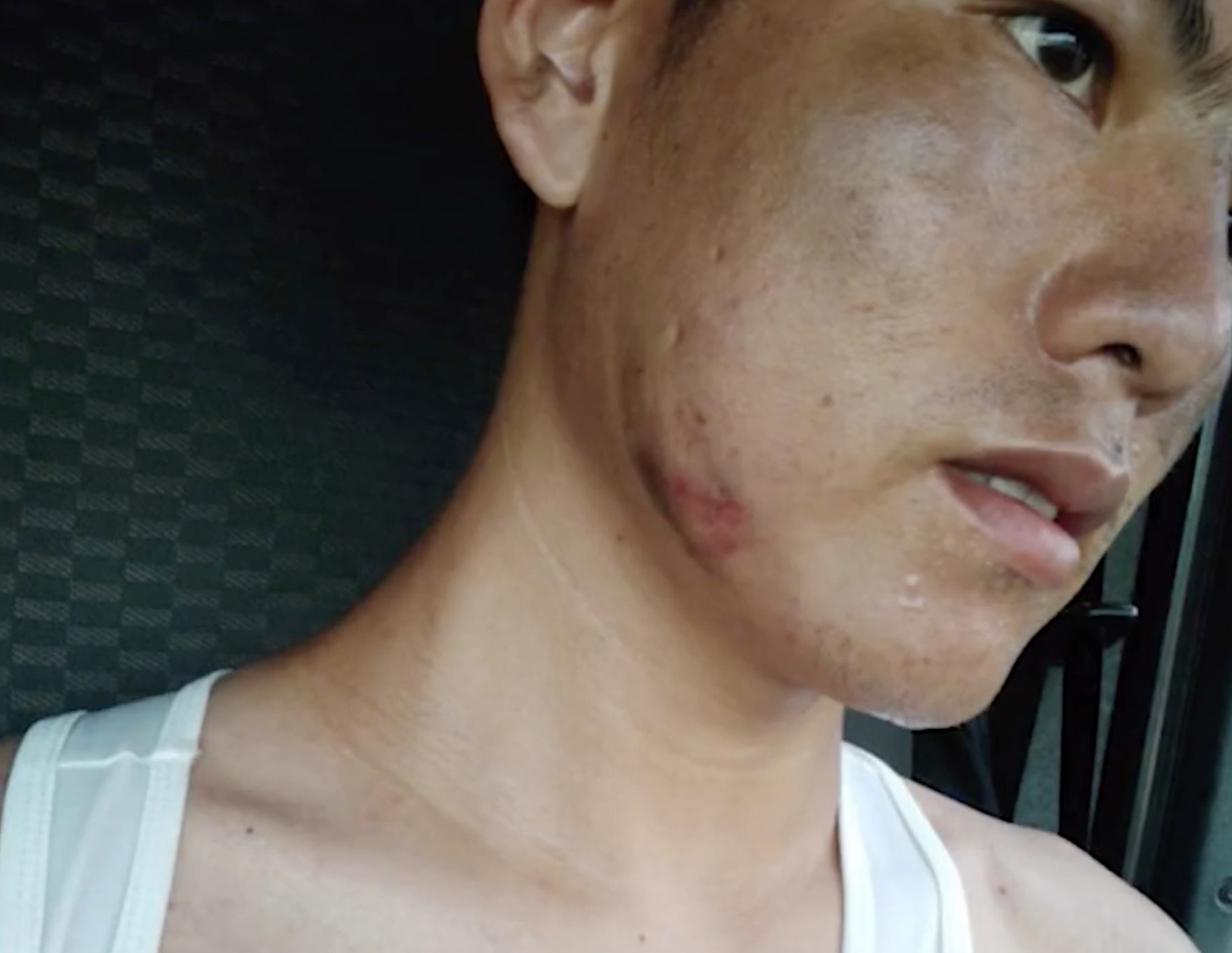 More than three dozen firefighters and police surrounded the dad but did not approach for fear of endangering the boy's life, but Guoqie took his chance the moment the dad's back was turned.

The unnamed father, 46, held his six-year-old son hostage with a machete and began destroying furniture in his home in the incident believed to have erupted from a family argument.

He then allegedly set fire to two parked scooters downstairs underneath the residential building where he and his family live.

Police and firefighters were called to the gated community where the incident happened in Yangpu Economic Development Zone in Hainan, China following a domestic altercation yesterday.

The video shows the child standing with a bowed head in front of his father who hold the machete towards him before cutting to the kidnapper moving a motorbike away.

In that moment he takes his eyes off the boy before looking behind and realising that a fireman is pelting full speed to rescue the child.

Without hesitating the kidnapper rushes with his machete and issues several aggressive blows to the head before the attacker is taken down to the floor.

Dramatic scenes then show bands of emergency service crew immediately rush into the scrum to help out their colleague and rescue the boy.

Mr Nong said: “It’s scary to think about it, but I don’t regret it. I didn’t have much time to hesitate. I saw the suspect briefly leaving the child and took the opportunity.

“I didn’t expect him to react so quickly. He turned around and swung the blade at me, striking my helmet three times.”

Local authorities confirmed neither Mr Nong or the boy were harmed during the incident.

The dad is believed to have a history of mental illness and was taken to a local hospital for evaluation. 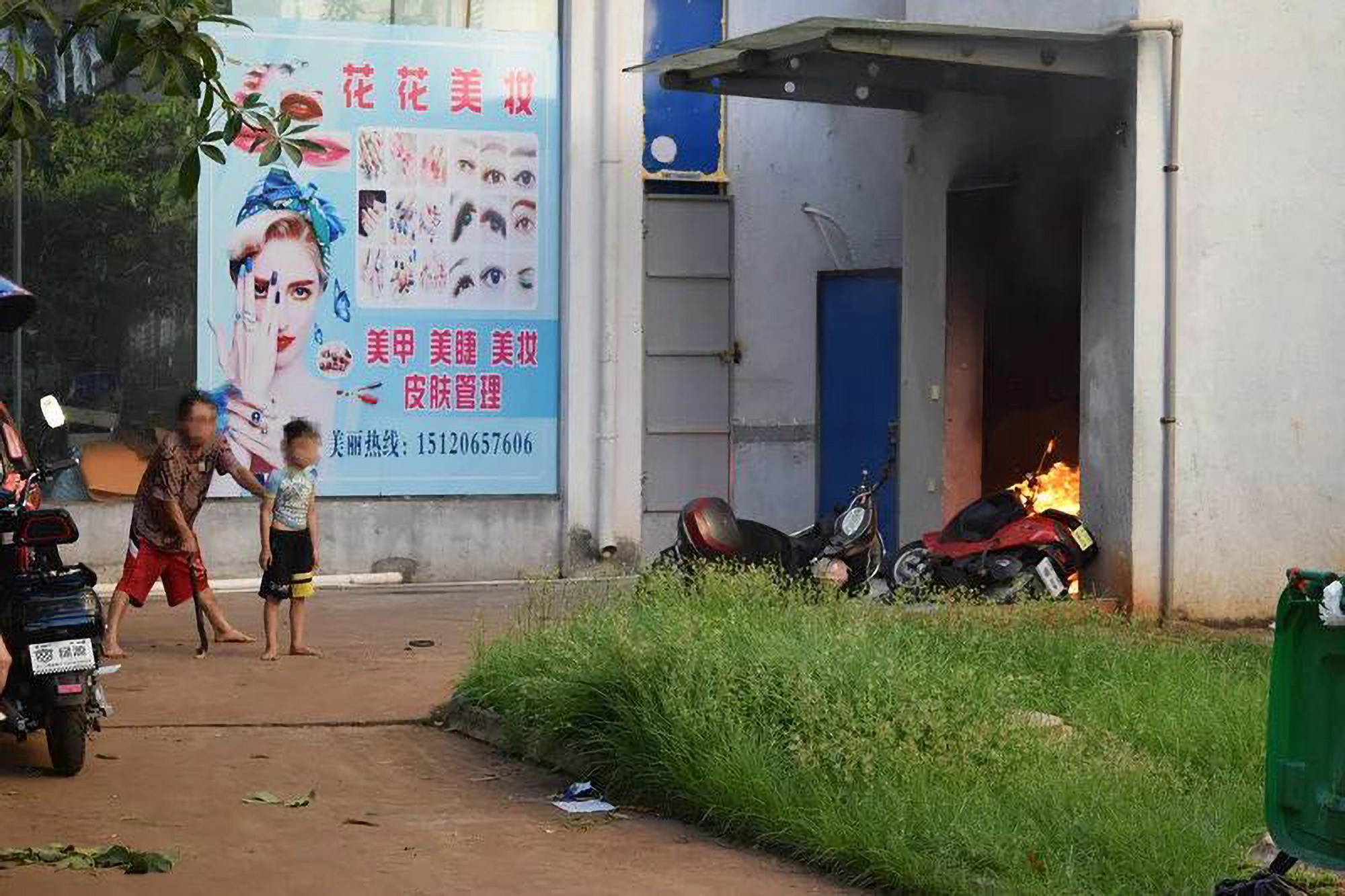 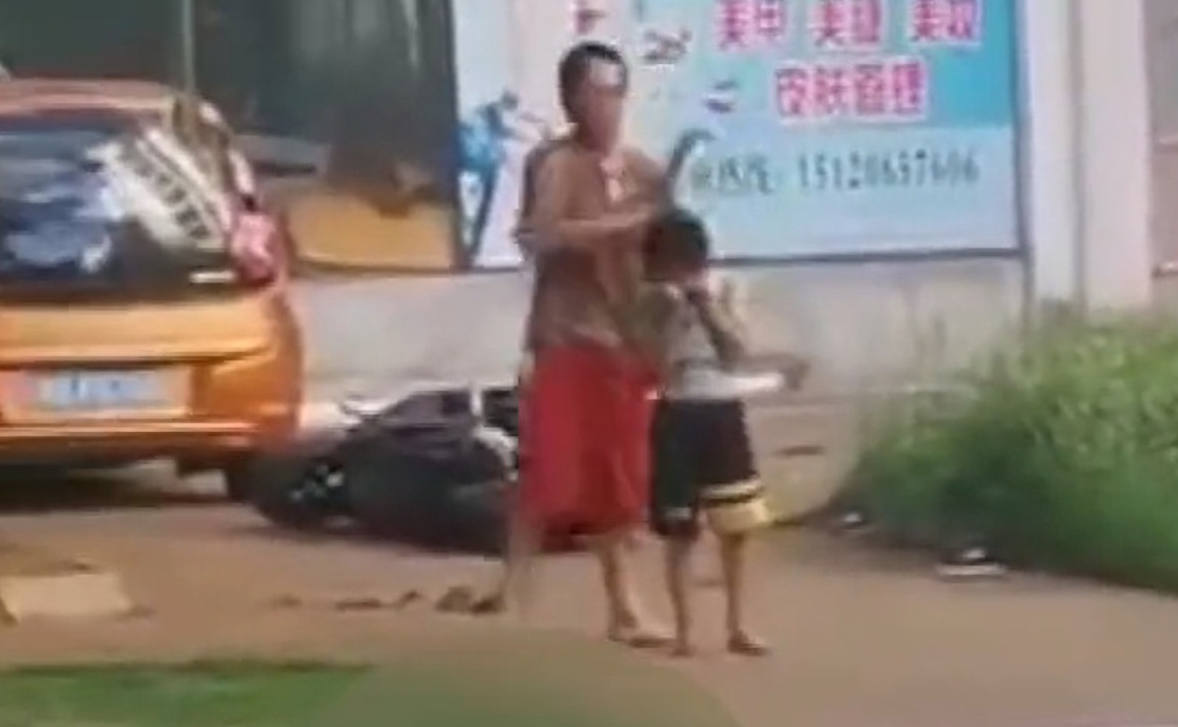 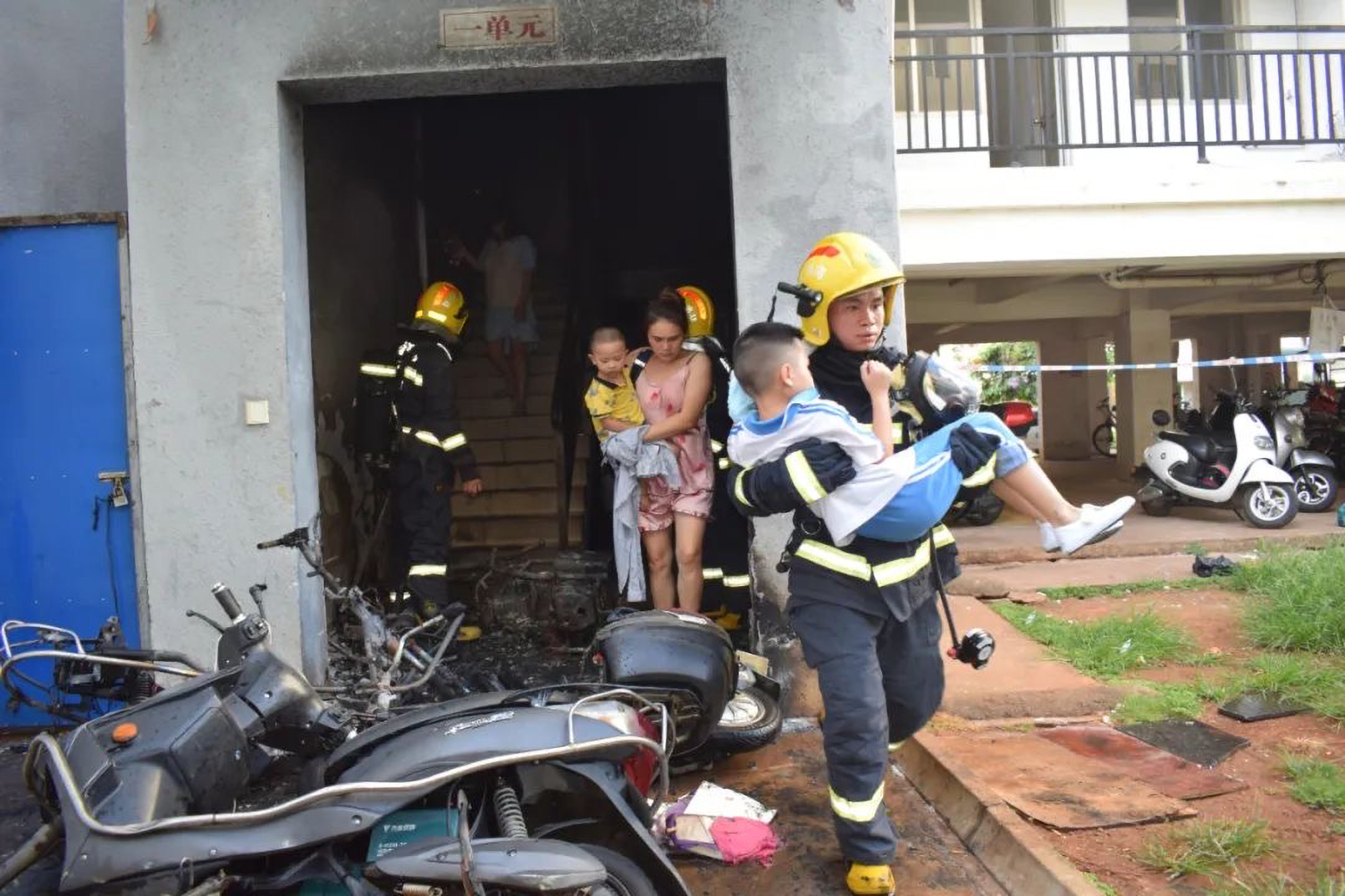