The 37-year-old driver miraculously managed to escape without any serious injuries and is now under police custody in hospital.

Cops discovered rifles, cigarettes and a safe believed to have also been thrown from the sports car during the drama in Walsall, West Midlands, at around 9pm on Monday.

Terrifying footage shows the Quattro TT plough into a wall before vanishing from the shot.

A tyre then tolls back into view moments later as horrified onlookers rush to check on the driver.

Shocking photos show the luxury car completely mangled after it smashed into the wall of a newly-built house. 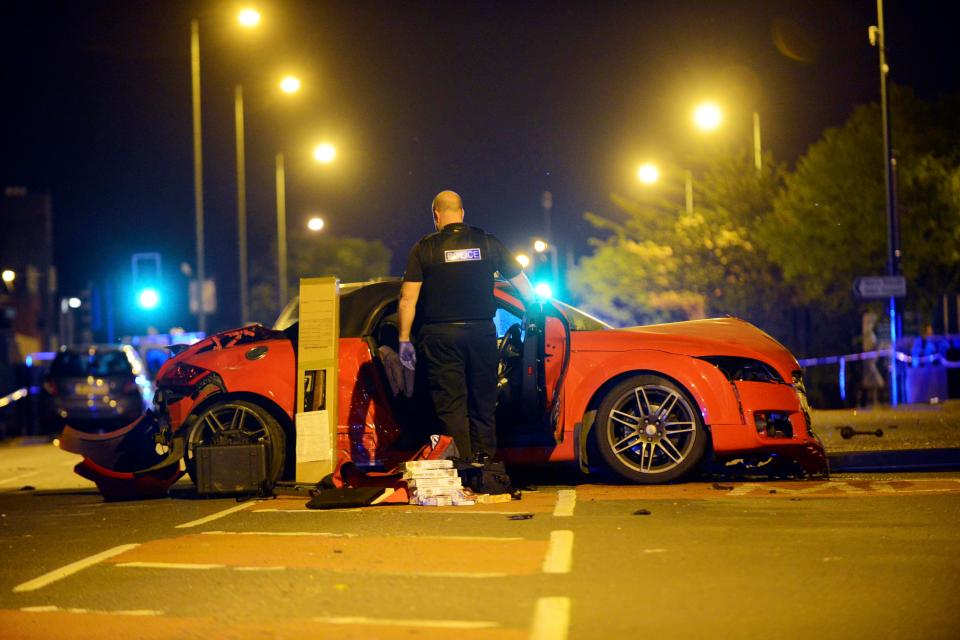 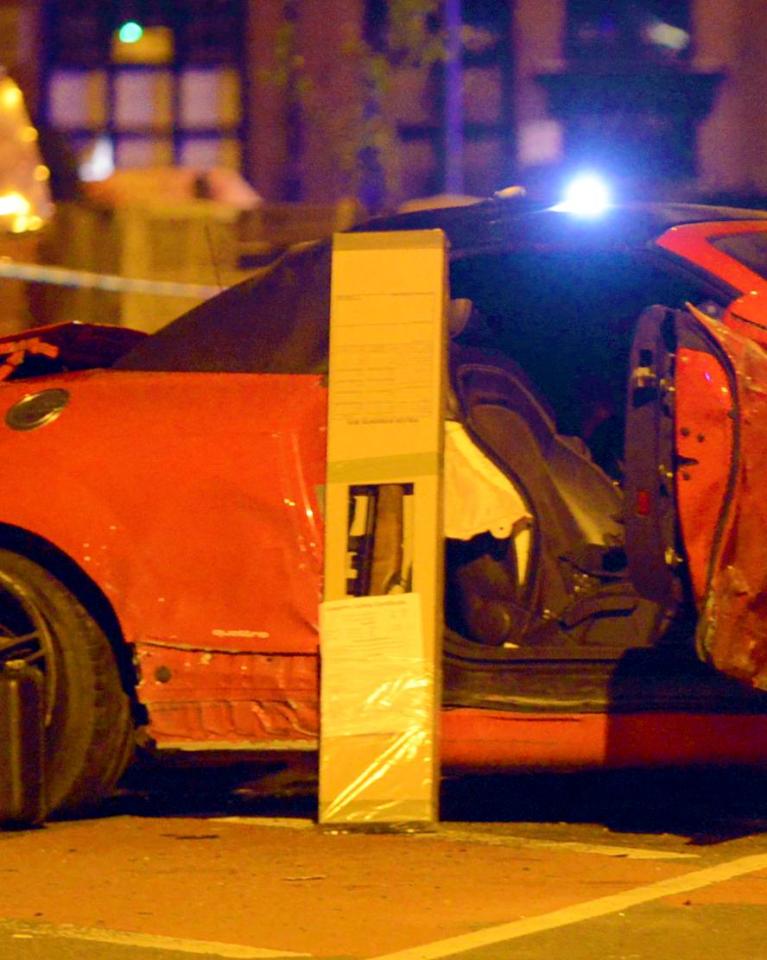 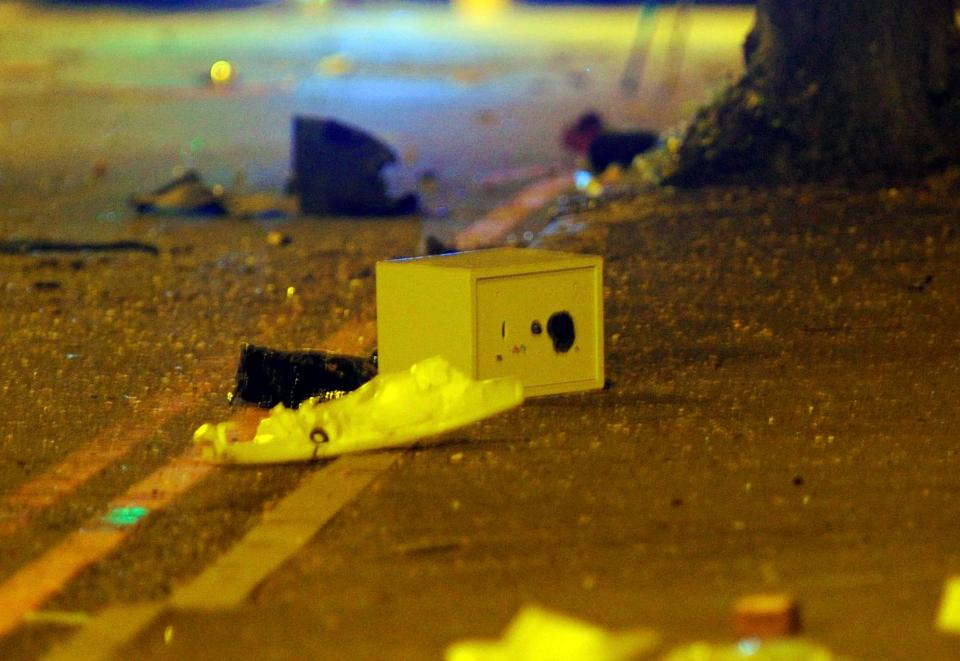 It is understood to have been stolen in a burglary in Derbyshire earlier on Monday.

A witness told the Mirror: "The vehicle hit the kerb on the junction, went down the pavement, hit a lamp post which had to be cut down.

"Afterwards it took out a wall which the owner had just rebuilt."

West Midlands Police confirmed the driver wasn't seriously injured despite being flung from the car on impact. 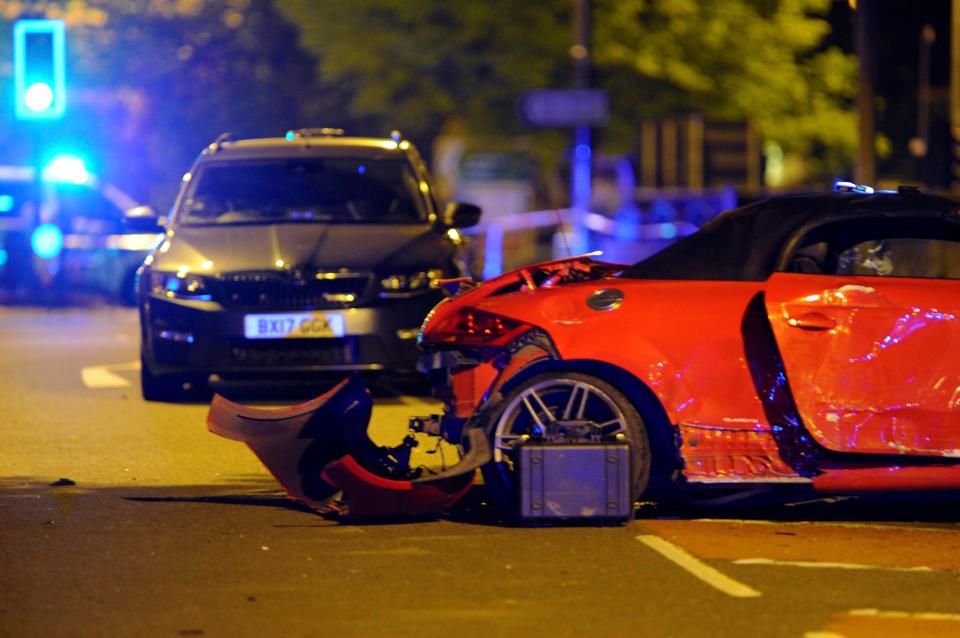 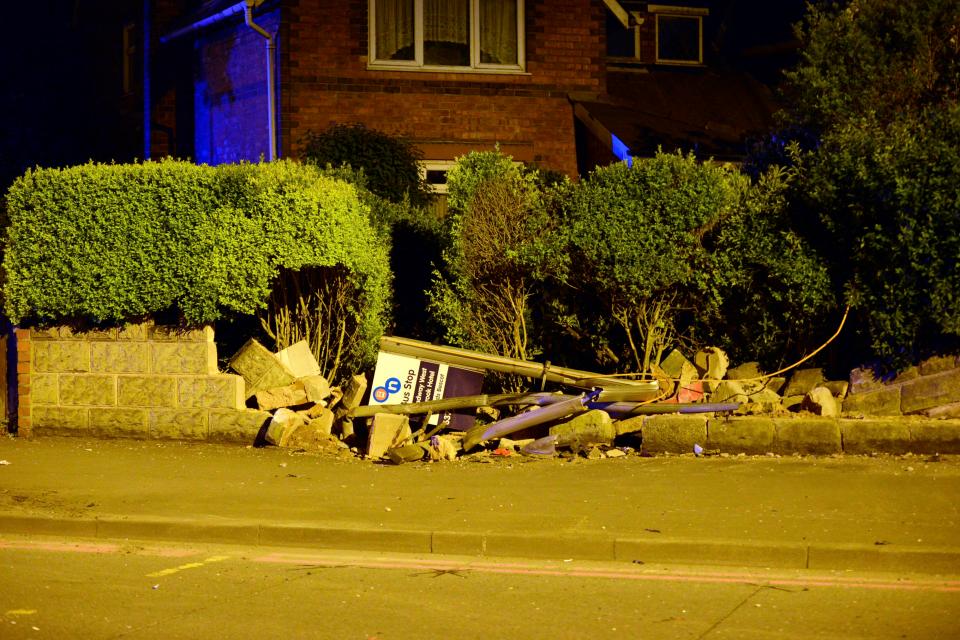 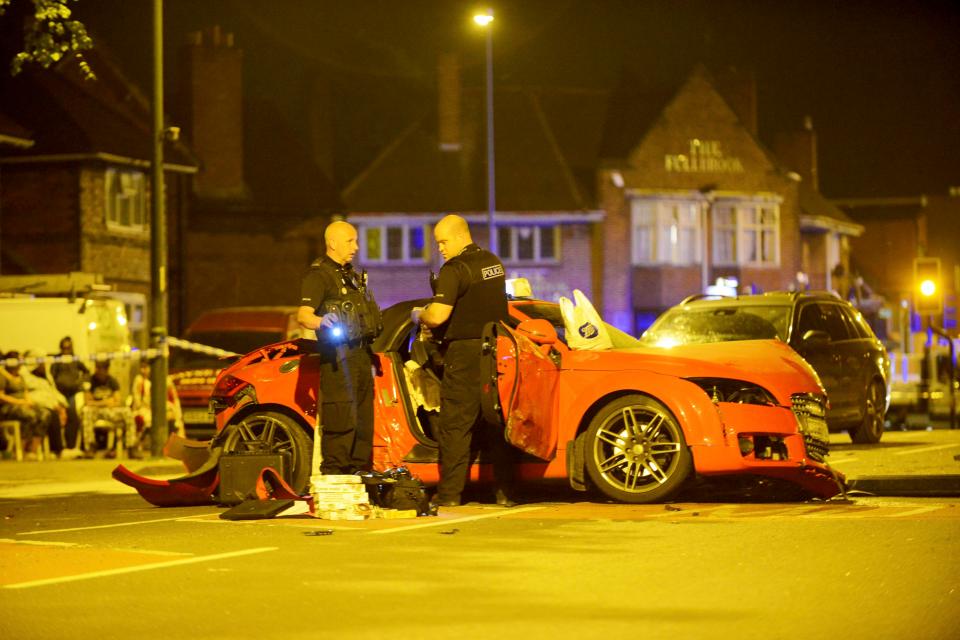 A spokesman said: "Officers noticed a car travelling at excessive speeds on the Broadway North road in Walsall just after 9pm last night (Monday 7 May) when it was overtaken.

"The car then hit a wall on West Bromwich Road where the 37-year-old was ejected from the car. He was taken to hospital to be treated for his injuries, which are not thought to be serious.

"It's believed the car was stolen from a burglary in the Derbyshire area earlier that evening and the investigation will now be run by Derbyshire Police."

"Car found to be stolen from a burglary earlier on.

"One in custody via hospital for treatment."