Dumping waste has become ‘decriminalised’ with crooks treating fines as part of the job, report says

Fly-tipping has become virtually ‘decriminalised’, with unlawful gangs seeing fines as a ‘business expense’, a hard-hitting official report has warned.

Offenders are getting away scot-free with large-scale rubbish dumping to evade paying out millions in tax.

Around one million fly-tipping incidents are recorded every year, costing the economy in England an estimated £1billion a year and blighting communities. 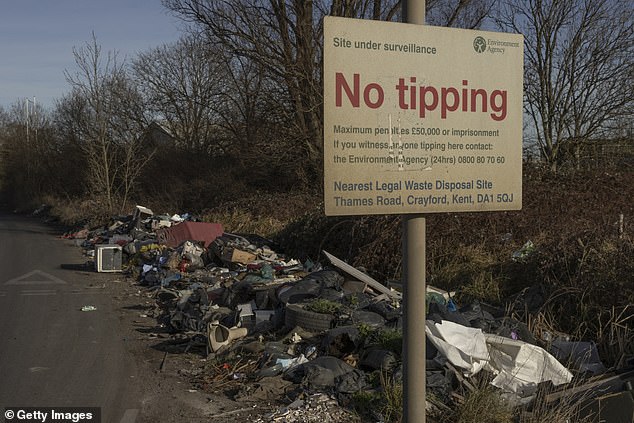 Fly-tipping has become virtually ‘decriminalised’, according to a Commons Public Accounts Committee report. The report said out of 14 actions to be taken in the government Waste and Resources Strategy 2018, only three had been carried out

The true impact is likely to be even higher as only around 25 per cent of waste crime is reported, the report said.

Criminals are also illegally shipping an estimated 400,000 tonnes of waste such as soiled nappies – which would incur landfill taxes in the UK – to developing countries such as India or Indonesia where environmental regulations are lax.

The report said that in the last 15 years the number of prosecutions of organisations for waste crime pursued by the Agency has reduced dramatically, from almost 800 in 2007-08 to 60 or fewer per year since 2017-18.

The Committee is also concerned about the levels of illegal waste exports, which the ‘Environment Agency is not doing enough to prevent’.

By the Agency’s own admission, most of these illegal exports end up in developing countries where environmental regulation is scant.

Dame Meg Hillier MP, chair of the PAC, said: ‘Another day, another policy headline with no plan or demonstrable progress towards achieving it, despite years of resources put in.

‘The result is property and countryside blighted by fly-tipping, toxic leaks into our soil, and tonnes of waste illegally exported by the UK to developing countries even less able to cope with its indefinite negative effects.

‘With growing involvement of criminal gangs, adept at evading detection and who regard the fines if they are caught as merely a business expense, a much more serious approach to enforcement is required. Currently the Department’s approach to large parts of waste crime is closer to decriminalisation.

‘Targets become meaningless – rubbish, you might say – when there isn’t even a strategy for achieving them, much less any indication or measurement of progress. 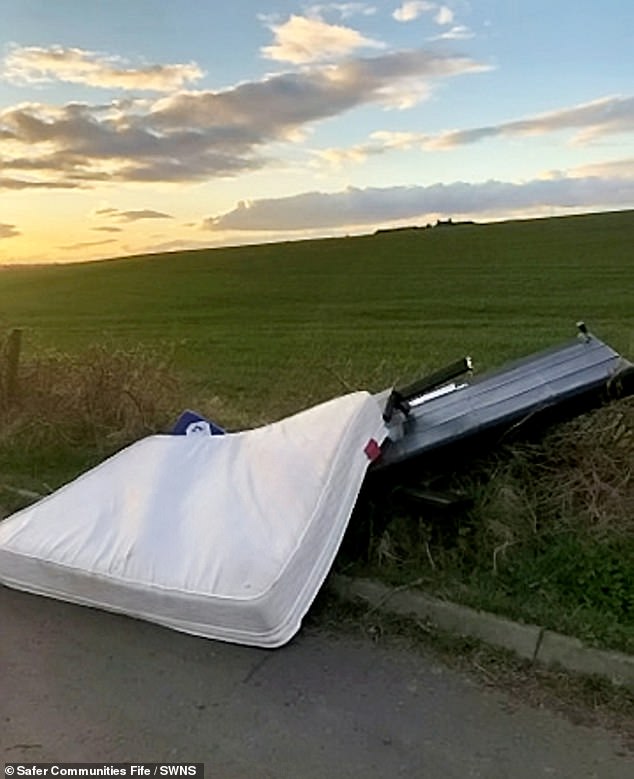 Criminals are illegally shipping an estimated 400,000 tonnes of waste to developing countries such as India or Indonesia

‘Sadly, all the signs four years into a 25-year target period are that the problem is getting worse.’

The report said out of 14 actions to be taken in the government Waste and Resources Strategy 2018, only three had been carried out.

This was establishing the Joint Unit for Waste Crime and giving the EA greater powers and access to police intelligence systems.

Fundamental changes to the system, such as digital waste tracking and reform of the carriers, brokers and dealers’ regulations, are still the subject of consultation.

Defra insisted it was ‘cracking down’ on waste crime.

Environment minister Trudy Harrison said: ‘We are cracking down on waste crime, which costs the economy in England around £924m per year.

‘That is why we are reforming the licencing system, introducing mandatory digital waste tracking, investing to tackle fly tipping, and supporting people to do the right thing by disposing of their waste correctly.’