Angela Rose wrote to her eight-year-old son Carlo's school begging them to be allowed to share a last holiday together, explaining she may only have months to live. 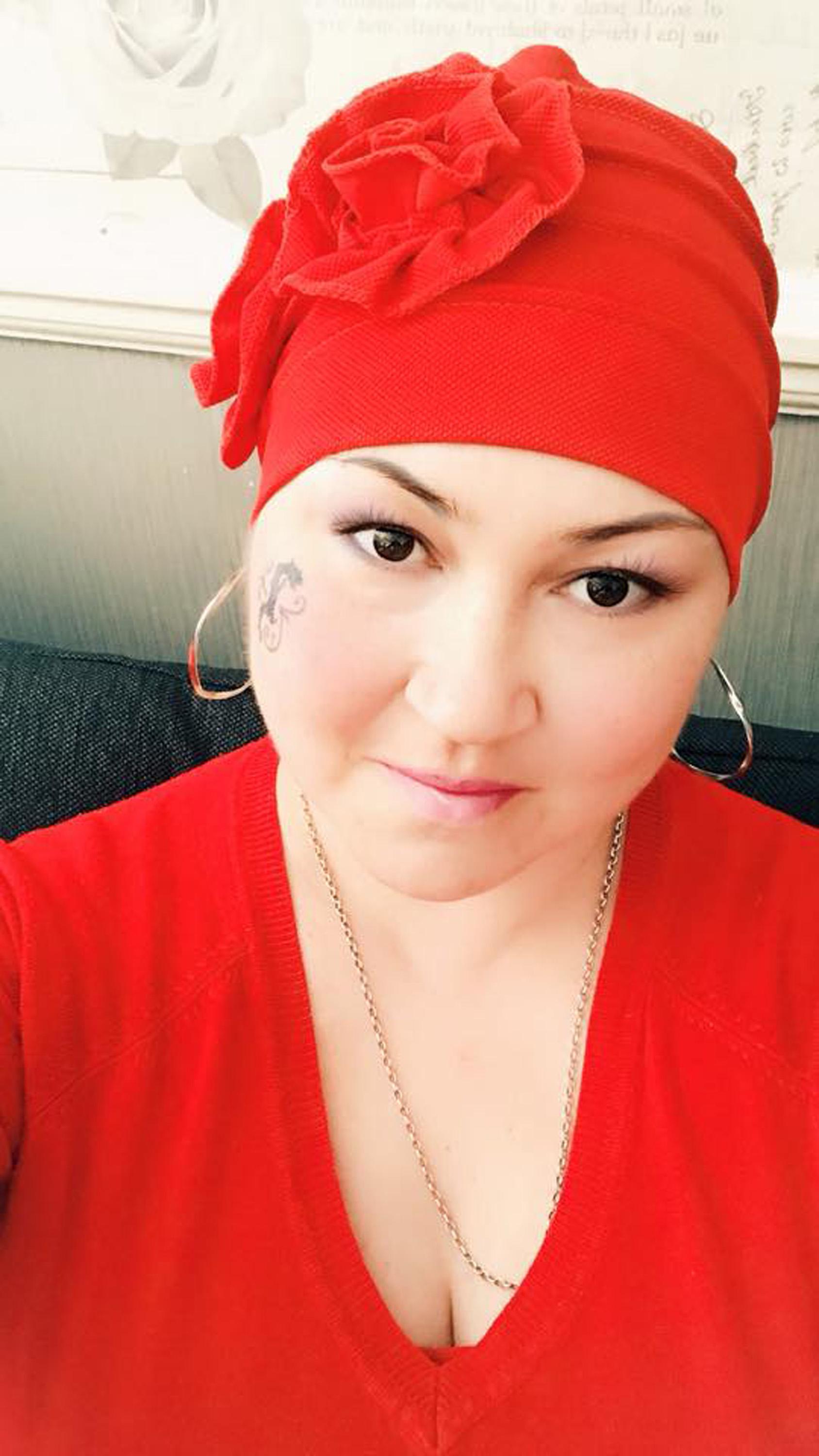 But heartless school chiefs refused her request, saying leave could only be granted to pupils in "exceptional circumstances."

Angela was diagnosed with breast cancer 14 months ago but within weeks the cancer had spread to her bones and brain, with doctors telling her she only had between one and two years to live.

She said: “If a dying 36-year-old mum wanting to take her boy on holiday for one last time isn’t an exceptional case then I dread to think what is."

Stanton Middle School, in Milton Keynes, Bucks., has since apologised and performed a u-turn to allow Carlos, who has a 98 per cent attendance record, to have one final holiday with his dying mother after it was contacted by Milton Keynes Council.

A school spokesman said:“Although we knew she had health issues we did not realise the full extent of them. We should have checked further – we didn’t, and we’re very sorry.

“In the light of this we will of course grant this leave of absence, outside of normal school holiday time.”

However, the mum-of three, from Stantonbury, Milton Keynes, is still angry with the school after she was left terrified that she could be slapped with a fine. 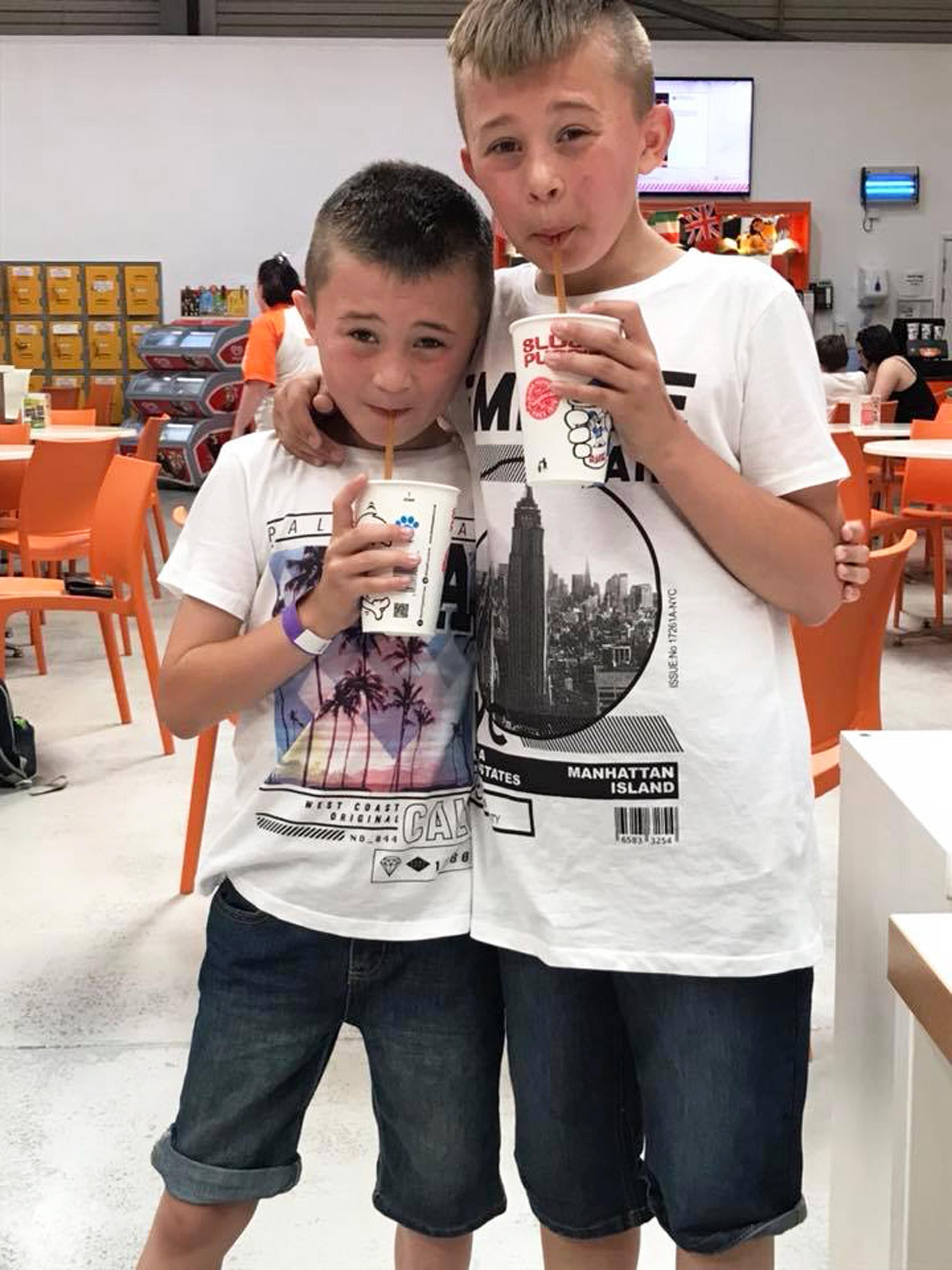 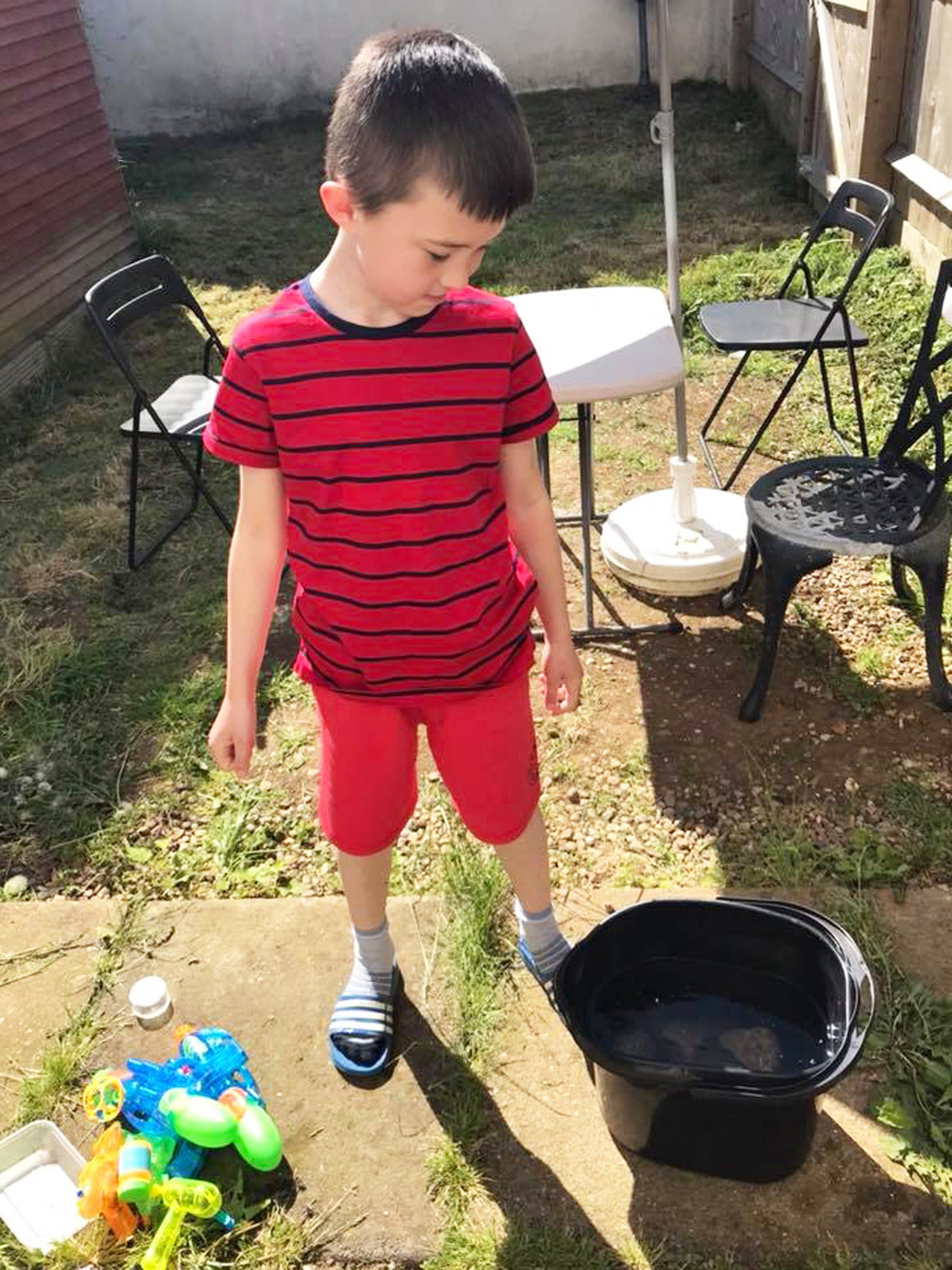 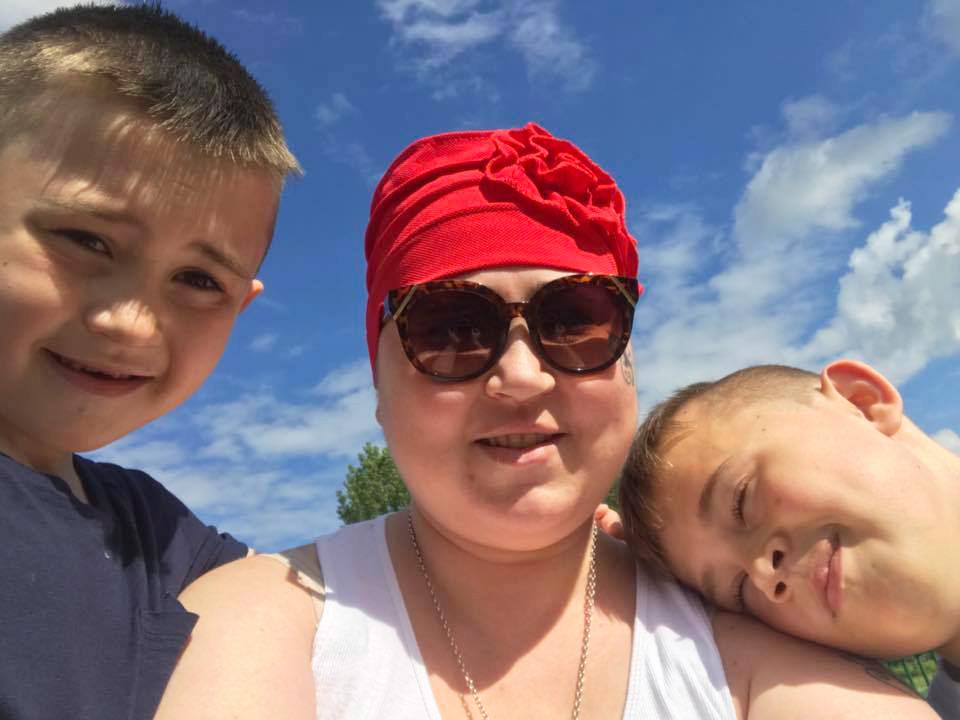 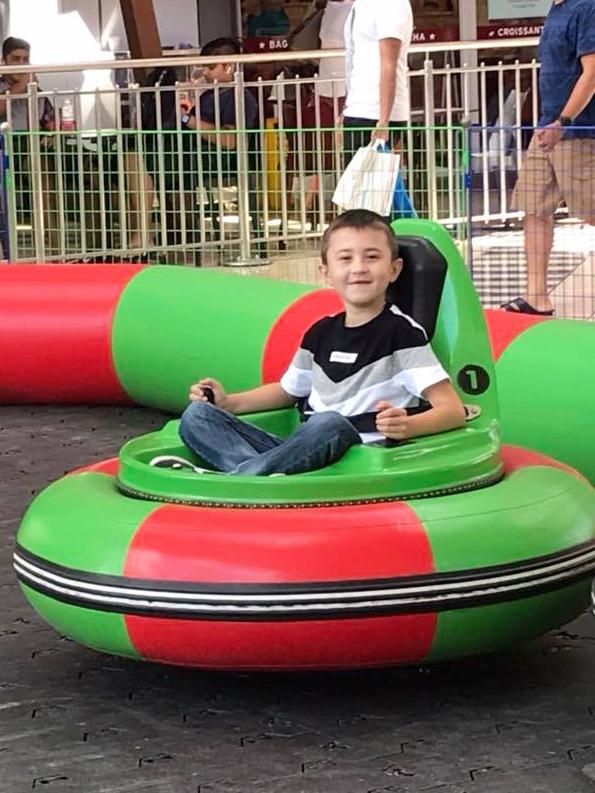 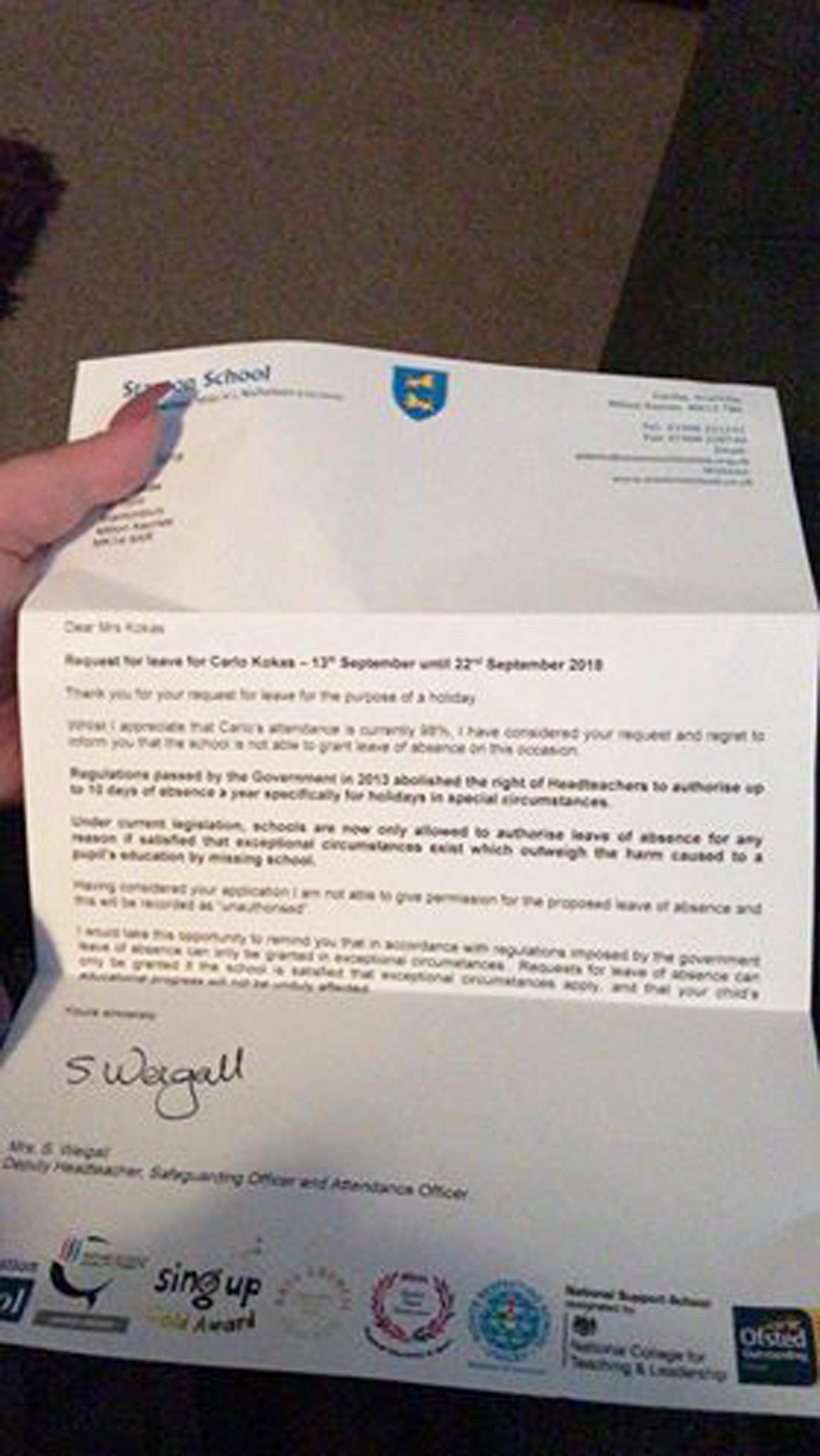 She explained:“I had to fill in a form to give the reasons I wanted to take my son out of school during term time. I clearly stated that I had terminal cancer and this could be our last holiday together.

“I just don’t see how they could have made a mistake.”

Angela, who also has 13-year-old son and a daughter aged 18 years, tried to book an eight berth caravan at Haven in Great Yarmouth for a week in August.

Now unable to walk, the extra space was to accommodate friends to act as her carers.

“Carlo has 98 per cent attendance, but this would have gone down as unauthorised absence. I was terrified I would be fined by the school.”