A video showing the former TV set of one of Britain’s most famous kids TV programmes has emerged – after the set had laid abandoned for 20 years.

The dilapidated shell of the Tots TV set is very different to its glory days, during the 1990s, with is rotting roof, broken windows and missing floorboards.

The video was captured by Lewis Cooper, from East Sussex, who tracked down the secret location in Warwickshire, in March 2017.

He said: ‘I spent several hours searching the web, at the time, the location was kept far more secret.

‘I had found several clues online and eventually found it by finding landmarks that I knew were nearby on Google Maps and narrowed it down to the small area where the house is located. 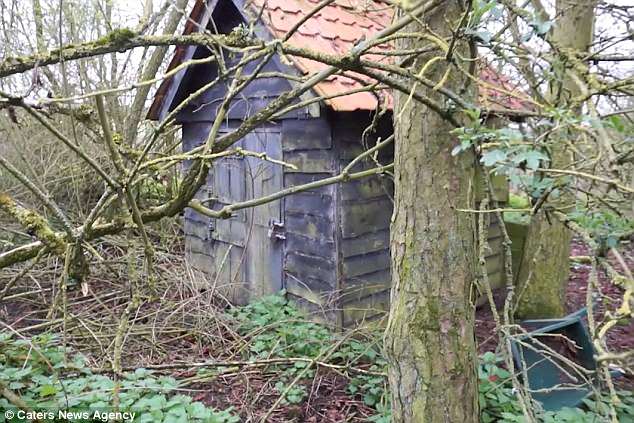 ‘We found that the famous red door at the front of the house had been removed and was nowhere to be found.

‘This was quite sad to see as it was an iconic part of the house.’ 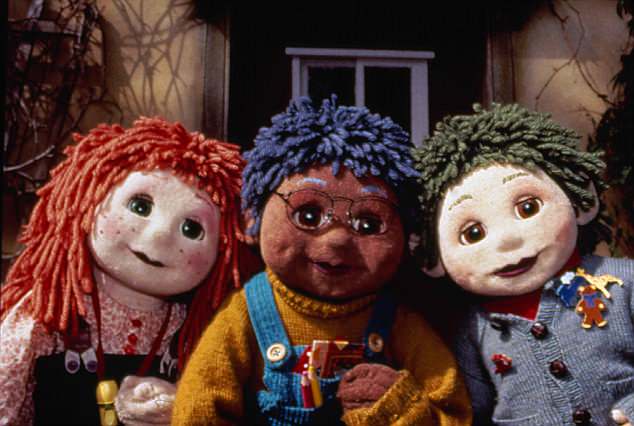 Production of the Tots TV television show ended in 1998 and it was famous for its three main characters, ragdoll friends, Tilly, Tom and Tiny.

Scroll down for video…

Lewis said: ‘There were a lot of wires and electronics in the production area behind the house but these had all be completely destroyed by the water that flooded the room. 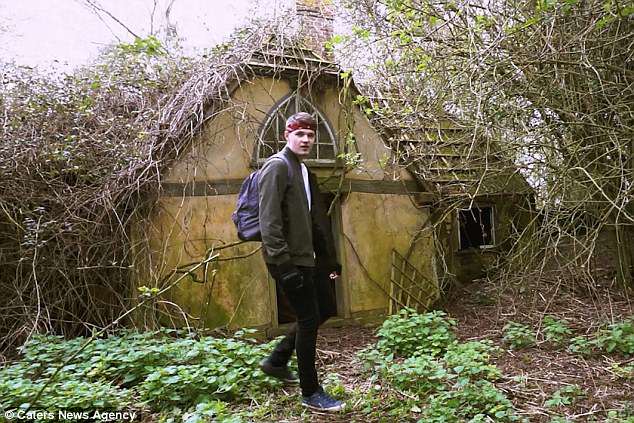 The dilapidated shell of the TV set is very different to its glory days, during the 1990s, with is rotting roof, broken windows and missing floorboards.

‘There are no floorboards in the house. Tots TV was filmed in such a way that the floor was rarely shown on camera. 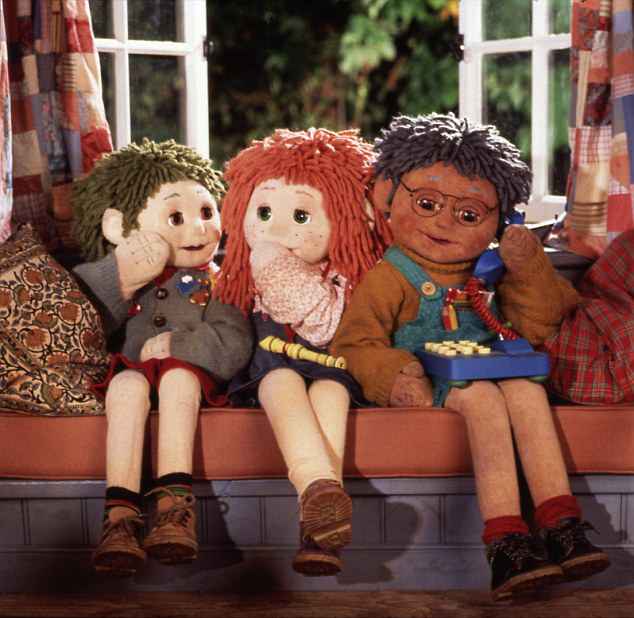 ‘This allowed for hatches to be built into the floor so that the puppeteers could hide below. 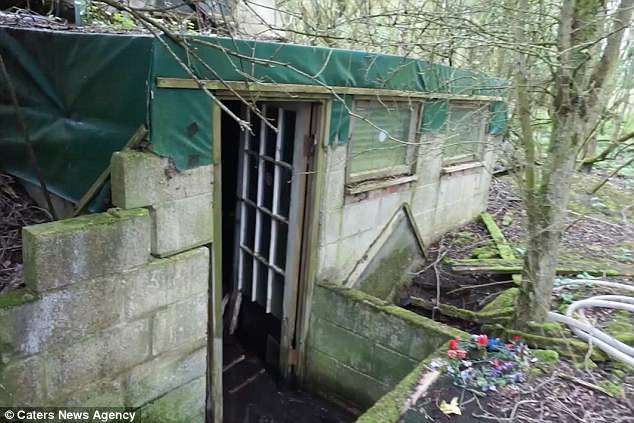 The TV house was a genuine, approximately 1/3 of the size, cottage purposely built for the show in the woods on a farm in Stratford Upon Avon

‘I mainly had a sense of nostalgia when I saw the set. 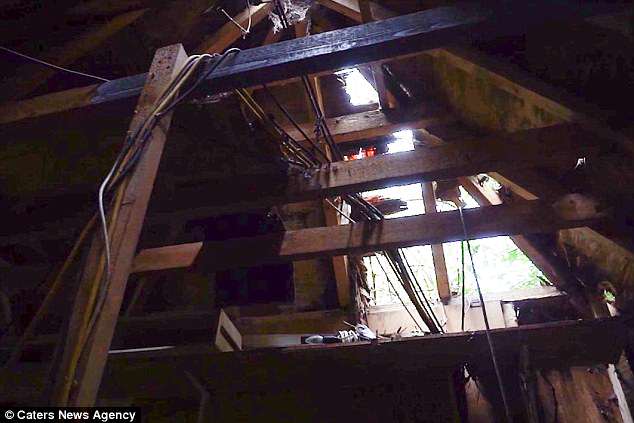 ‘I remember watching Tots TV on VHS tapes when I was younger and I would never have thought that I would visit the filming location one day. 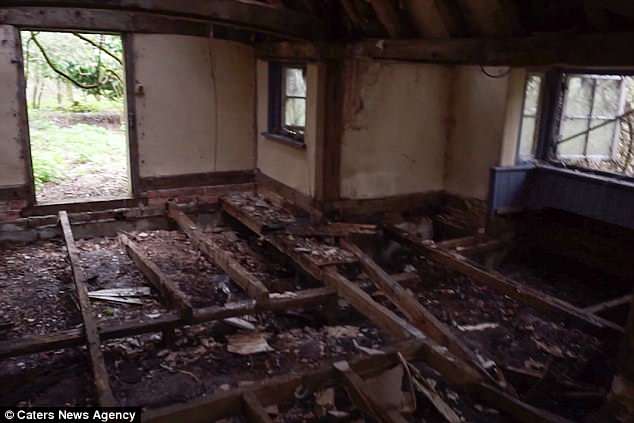 ‘It was also sad to see it in this state, I have had many people comment on my video that feel the same way and have even called for it to be restored and turned into some sort of attraction.’

Producers won a number of awards including two BAFTAs. 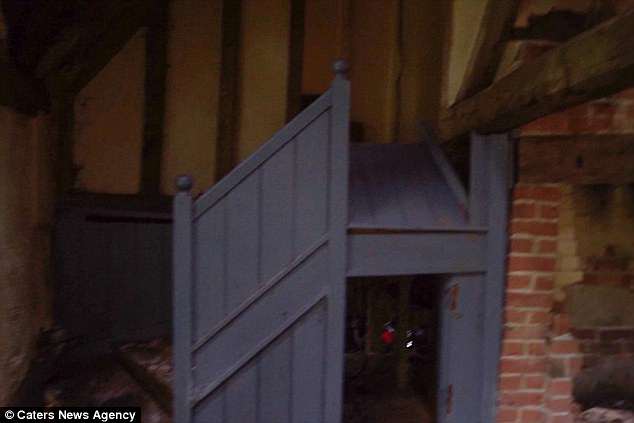 Tots TV first aired on January 4 1993 and finished on 27 April 1998 after more than 15 years entertaining British children on ITV. 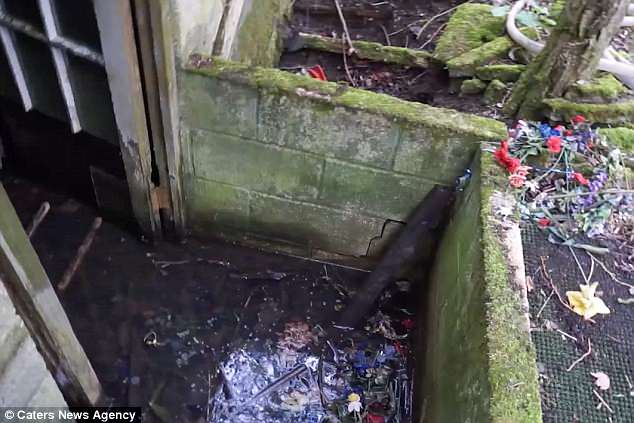 Those who watched it will remember that the three puppets who lived there had a pet donkey who was creatively named Donkey. 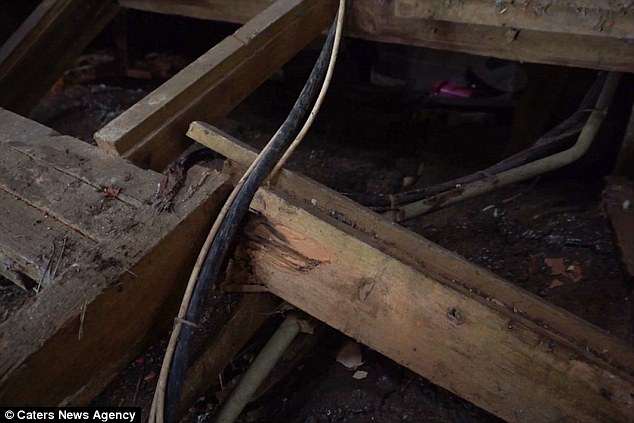 The TV show was written by two of its puppeteers and was hugely successful and syndicated around the world. 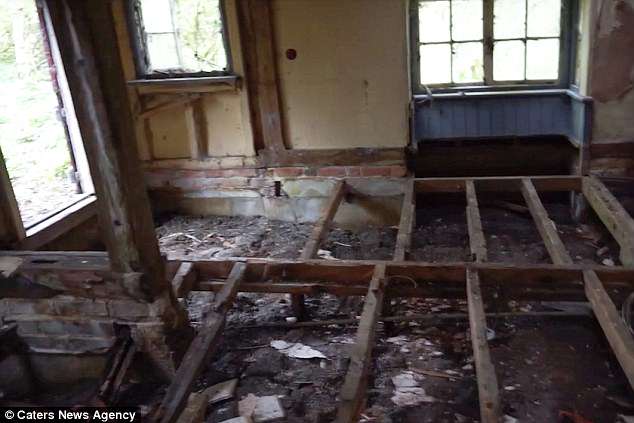 Tots TV was first broadcast on CITV and then was picked up by Public Service Broadcasting in the United States where the French speaking puppet changed to a Spanish speaking one. 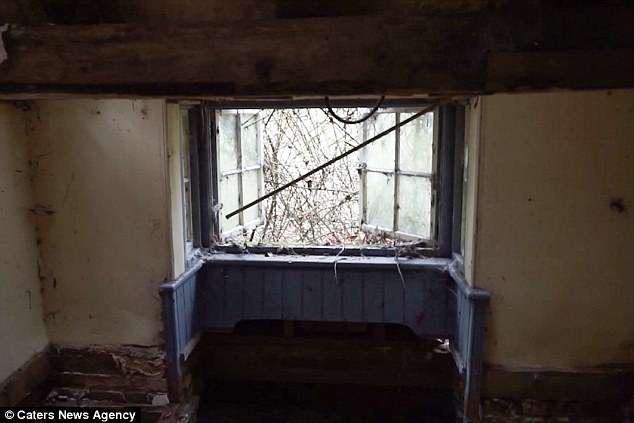 In 2000 Discovery Kids bought the series and put it on television screens in Central and South America, the Caribbean and the Falkland Islands.