Eight British men suspected of being paedophiles are investigated

Eight suspected British paedophiles are being investigated over claims they watched live online broadcasts of children being horrifically abused in the Far East.

The National Crime Agency has referred the cases to police in the Philippines.

The NCA passed across evidence about eight British suspects.

But Colonel Tuliao conceded the scale of online child sexual exploitation is likely to be much higher, as the crime is often hidden on the internet and difficult to detect without the help of internet firms. 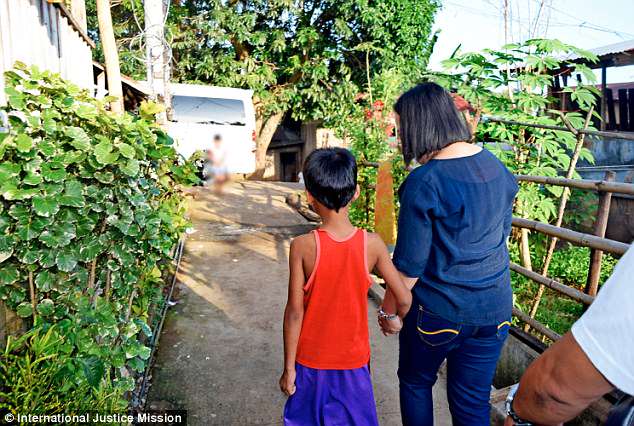 Hand in hand: A young boy is led away by a volunteer after being rescued by police

Western paedophiles are using Western Union, PayPal and even cryptocurrency Bitcoin to pay people in the Philippines to rape and sexually abuse children – with some spending as little as £15 to watch online.

The International Justice Mission, a global organisation that protects the poor from violence throughout the developing world, released to the Daily Mail a series of harrowing photographs from the Philippines of victims of online child sexual exploitation being rescued, their abusers being arrested and crime scenes.

It said it had assisted in the rescue of dozens of child abuse victims as a result of information about British paedophiles.

The pictures showed children being led away by social workers. Images were also released of the interior of properties, where the young victims were subjected to appalling ordeals, on the orders of Western paedophiles watching online. Children’s toys could be seen in some of the pictures.

Photographs of equipment such as smartphones and laptops used to transmit footage of the sex attacks were also disclosed.

The International Justice Mission said: ‘Criminals engage in online sexual exploitation because they can make easy money… and they think they won’t get caught.’ 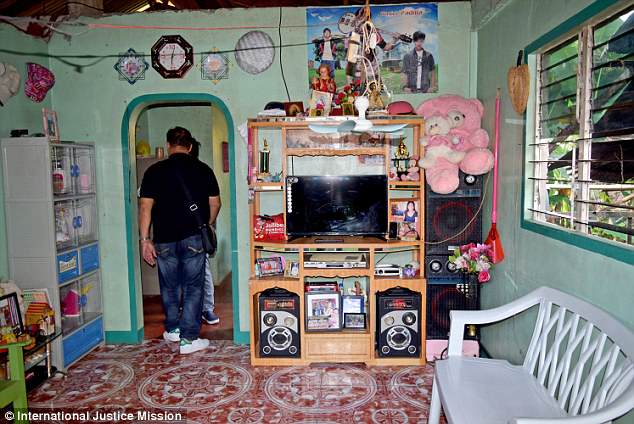 Crime scene: Inside one of the raided properties, with children’s toys on show

So far this year, at least 27 children have been rescued by the Philippines police from online child sex abuse directed by Western paedophiles. Last year 70 children were removed from danger while in 2016 the figure was 48.

Those rescued from abuse include a three-month-old baby. Colonel Tuliao said: ‘Based on the rescue operations we have conducted, the victims are usually given toys, bags, cell phones for their services.

‘The other is they befriend the children, aged 13-17 years old, through social media. They make them friends and lure them by giving them money or other material things, and then they meet them in the Philippines and have a sexual encounter with them. Most of the facilitators of abuse are close relatives of the children who are offering them to foreigners over the web.

‘They are using different platforms to stream the abuse or send images of it… Facebook Messenger, Skype, and other social media platforms such as WhatsApp and Snapchat.’ 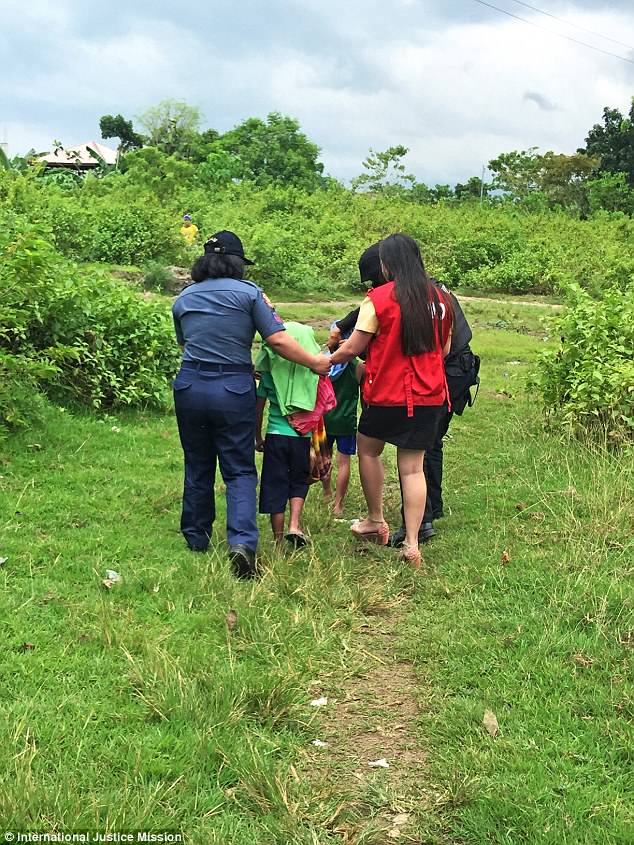 Refuge: Victims are taken away to safety

He said Facebook and Skype have a ‘social responsibility’ to stop Western paedophiles watching live streams of children being abused online.

‘It is a very serious problem in the Philippines now,’ he said. ‘We need the help of these internet companies in dealing with crimes against children – for them to raise a red flag about child abuse and explicit materials on the internet.’

Facebook said: ‘We have zero tolerance for child exploitation. It is immediately removed and reported to relevant law enforcement agencies when it is detected.’

Skype had not responded to requests for comment last night.

British, eight, investigated, Men, paedophiles, suspected
You may also like: