A cheeky Staffy dog loves her walks so much she chooses to play dead when her owner says it’s time to go home.

Mavi, who’s eight months old, refuses to get on her feet and plays dead whenever her owner Georgie Saunders, from Bournemouth, asks her to get up to walk home.

Instead, she lies flat on her belly and tries her hardest to never give in to Georgies’ lead tugging. 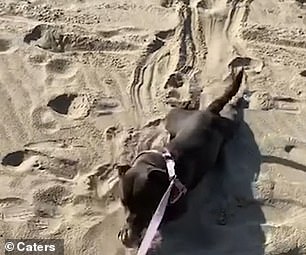 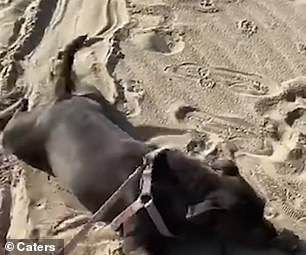 Georgie captured Mavi’s resistance on one of her walks down on the beach.

Georgie is puling along a reluctant Mavi telling her: ‘We’re going.’

The Staffy has other ideas as she slides along the sand refusing to get up despite Georgie’s lead tugging.

Mavi clamps her teeth around the purple lead, looking like she wants to bite it off.

‘No, not taking it off,’ Georgie adds.

The flattened sand can be seen in the background from where Mavi has been dragged along. 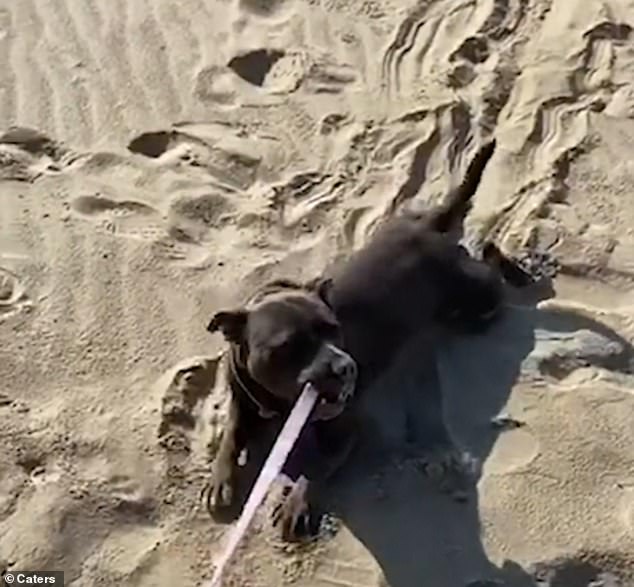 Mavi clamps her teeth around the purple lead, looking like she wants to bite it off

The determined dog sinks her paws into the sand as she continues to resist.

Upon leaving part of the beach Mavi plays dead in a last ditch attempt to avoid leaving.

Only when off the sand does she get up and walk away. 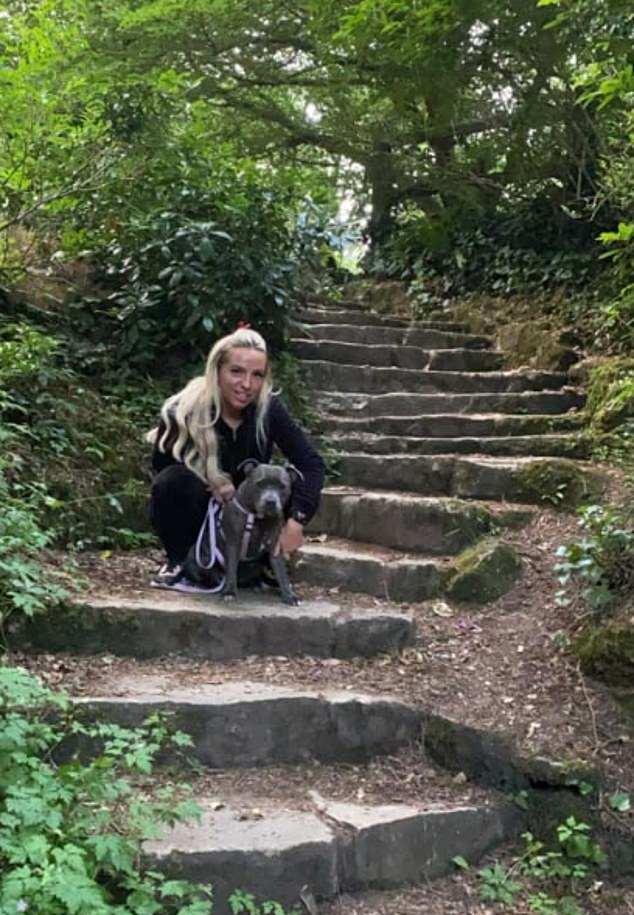 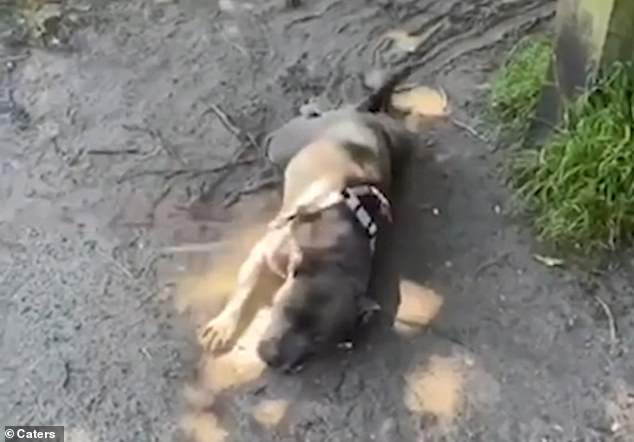 Georgie said: ‘Every time we take Mavi anywhere we can be there for hours on end and she still never wants to leave.

‘She loves being out with other dogs and playing with them but never wants to go home.

‘Maybe because she’s locked in with me all day at the minute.’