But just weeks later, on her 18th birthday, the rising star snowboarder was found in French woodlands near her home, believed to have taken her own life. 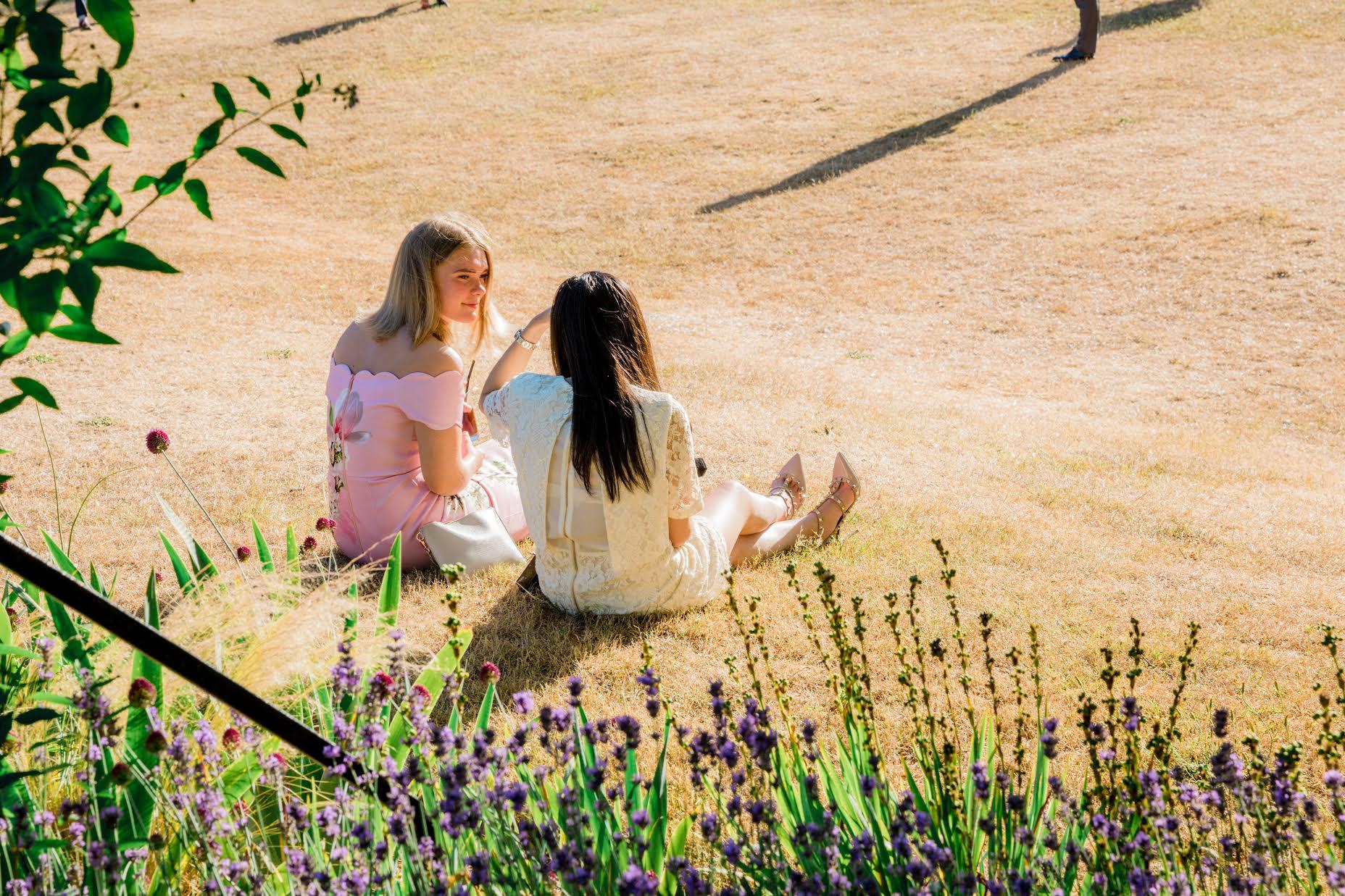 Now, instead of celebrating her milestone birthday and preparing for her next overseas competition next month, her family is faced with the task of organising Ellie's funeral.

Poignantly, her family has chosen a beautiful black and white photograph to grace her coffin at her funeral on Thursday.

The photograph shows Ellie grinning at a friend at her father's cousin's wedding – the image of a carefree teen.

Her uncle Jeremy Soutter said: “She was her bubbly, effervescent self at the wedding. She enjoyed it so much. 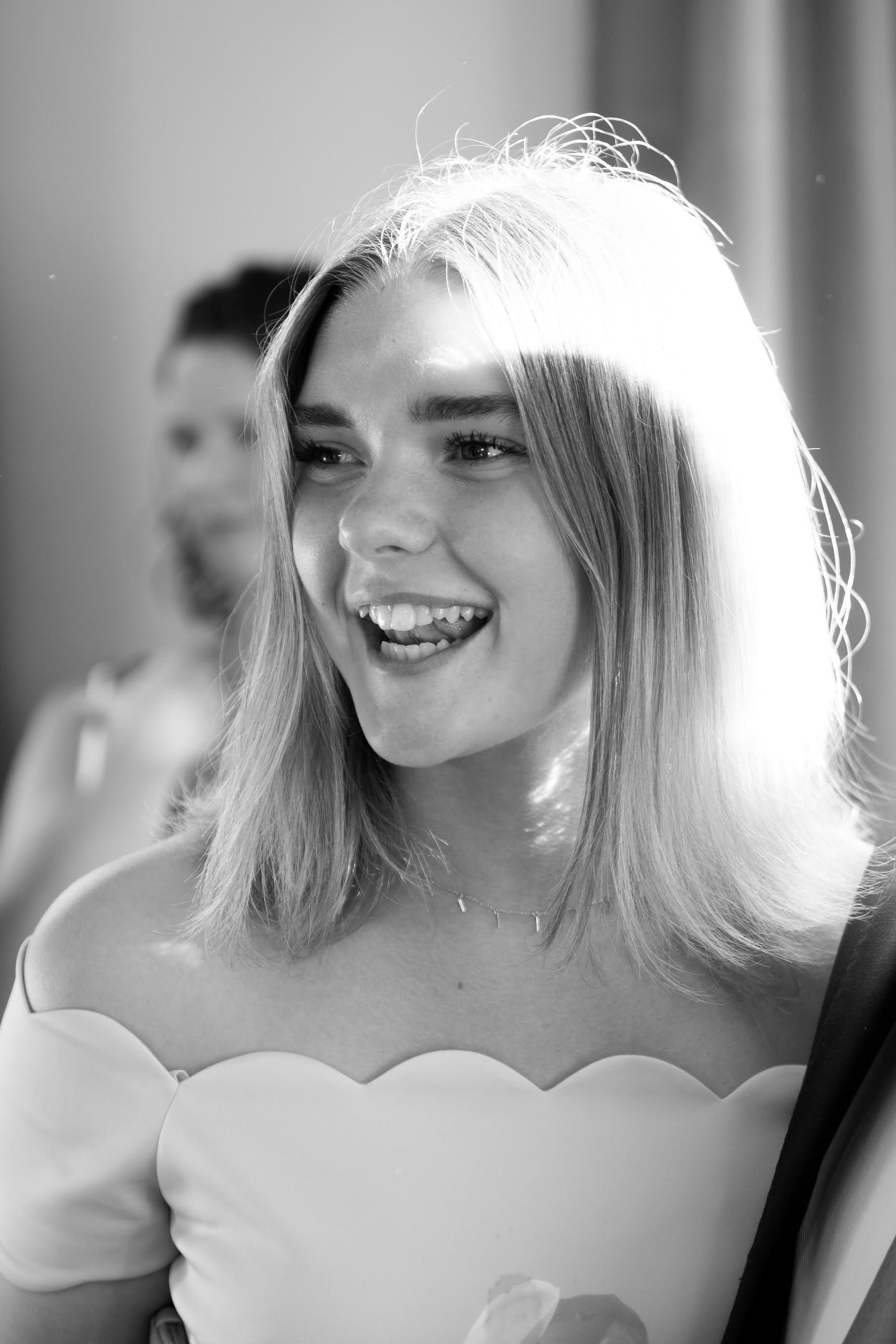 "She was in great spirits and was really just the lovely Ellie that she is. You could never have anticipated this."

"This is the last photo we can find of Ellie and it shows her as the beautiful person she was and will always be."

Ellie, who lived in the French Alps with her dad Tony, had travelled back to the UK with her father last month for the family wedding.

Another colour photo shows Ellie, dressed in pink, happily chatting to a friend on the grass. 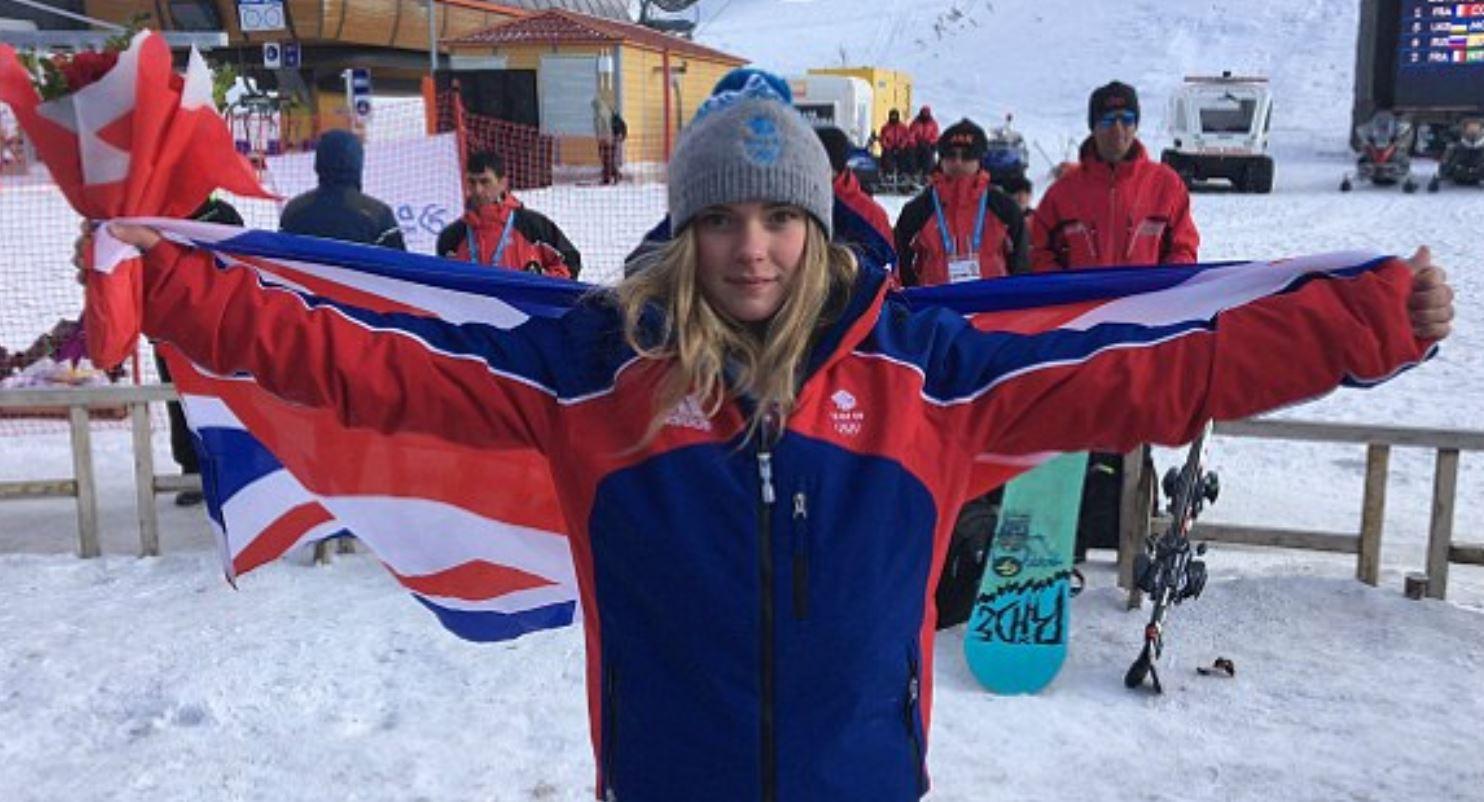 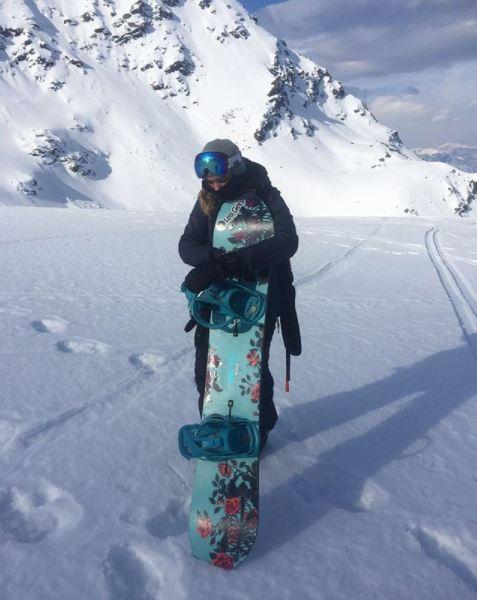 And today her family is clinging to the precious memories of the young athlete, who had recently been selected to represent Team GB at the Junior Snowboard World Championships in New Zealand next month and was tipped to represent her county at the 2022 Winter Olympics.

Jeremy said: "Her father Tony is a broken man. He keeps going through everything. But there were just no signs at all.

"She was as bright as a button the day before. Happy, excited about life. This is the thing that’s killing her father.”

Tony, 53, paid tribute to his daughter saying: “From this day on, every snowflake that falls on Les Gets will have been ridden by Ellie first."

In tribute to her “amazing short life” he pledged to create a foundation in her name to fund budding British snowsport athletes.

He will launch The Ellie Soutter Foundation to enable young athletes to compete on par with other nations.

Her family said the young girl had been stressed about the amount of financial support she needed from her father all the time. 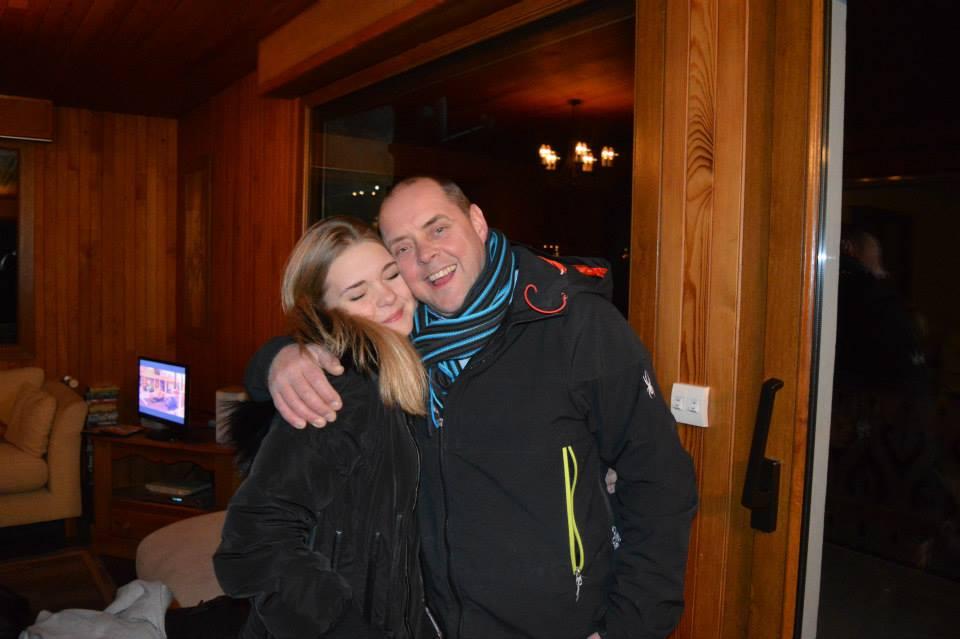 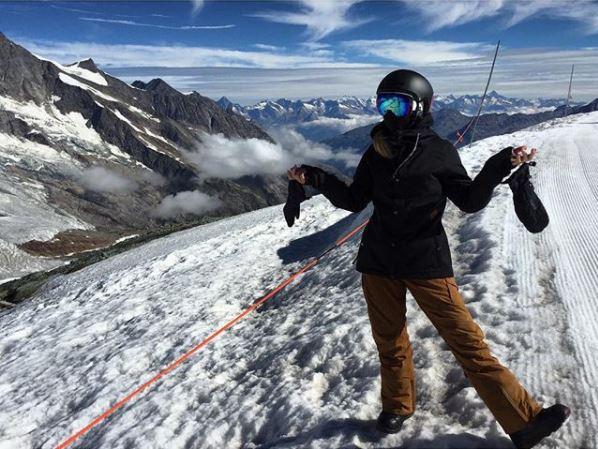 Uncle Jeremy added: "He always wanted to do the best for her but never in any way did he pressure her. All he wanted was for Ellie to be happy. And she loved the sport.

“But she felt like she let him down if she didn’t win a race or missed training.

"It’s more the fact that there is zero funding support for athletes like Ellie and that’s the reason Tony will launch The Ellie Soutter Foundation.

"It’s something very positive he can put his energy into.” 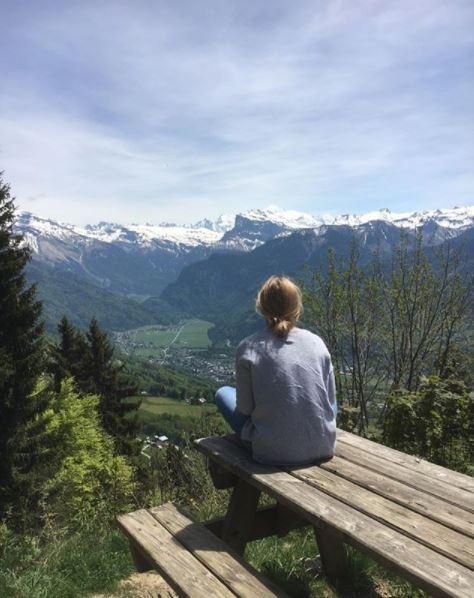 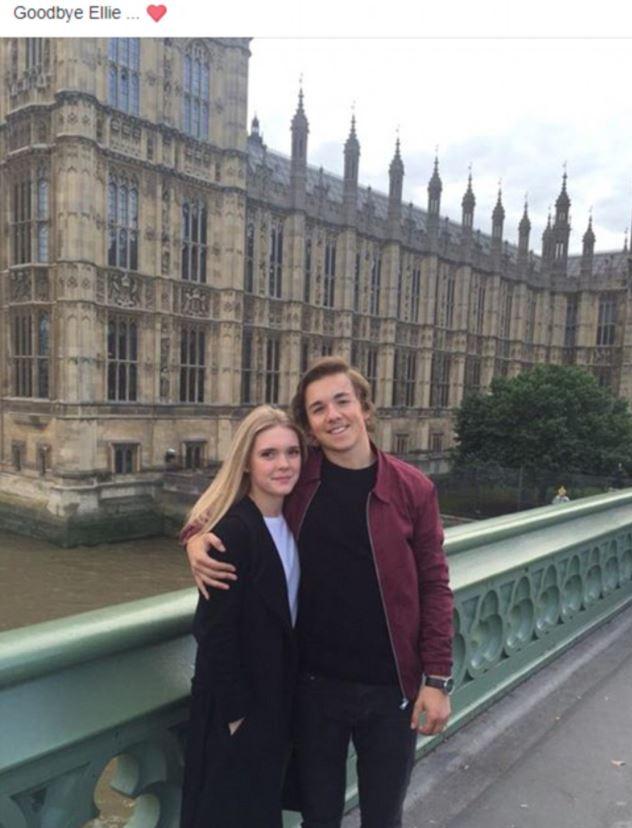 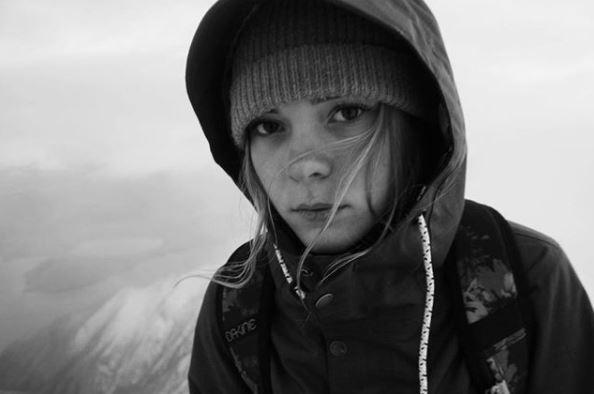 Ellie, who had lived with her father in France since 2009, had recently been selected to represent Team GB at the Junior Snowboard World Championships in New Zealand next month. And she had been tipped to represent her country at the 2022 Winter Olympics.

Tony, who heads the French office of MIDAS Kitchens, last saw Ellie at 8am on Wednesday when he went to say goodbye before going to work.

He went into her bedroom to wish her happy birthday but she was fast asleep. He texted her later that morning but there was no response.

When he returned home for lunch, Ellie was not there. 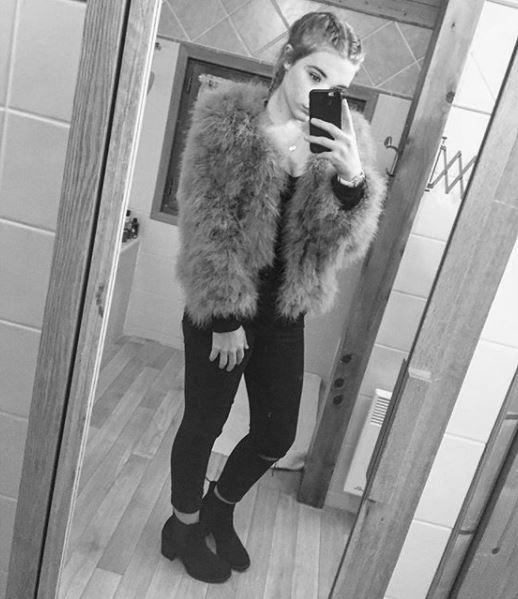 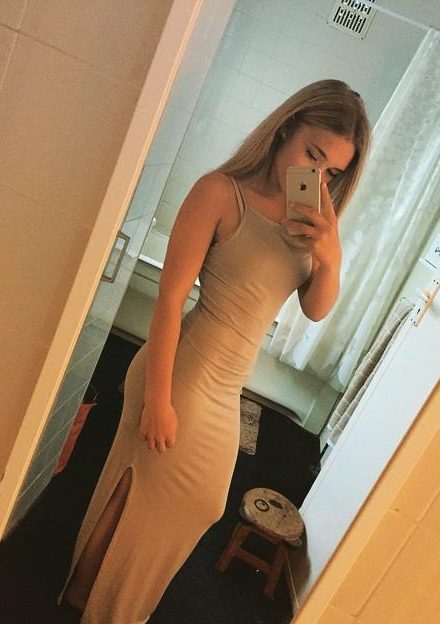 She wrote: "If only you knew how much you truly meant to everyone.

"Not a day will go past where I don’t think about and miss you. Until we meet again my angel, forever in my heart, I love you."

Ex-boyfriend Oscar Mandin also shared a photograph of the pair together, simply writing: "Goodbye Ellie…" accompanied by a love heart.

British Ski Cross champion Emily Sarsfield added: "So sad to hear the news of the passing of Ellie Soutter.

"You really were an amazing girl! Such a fun teammate, made me smile everyday, cracking all the jokes and enjoying life to it’s fullest! I’m going to miss you and your amazing energy.

"All my thoughts to your family."

18th, before, birthday, Ellie, final, GB, haunting, her, Just, Life), on, Own, Photos, She, show, smiling, snowboarder, Soutter's, team, took, weeks
You may also like: