‘#BensWorldCup’: England star Harry Kane tweets his support to cancer-stricken boy whose wish to hold World Cup was granted in heart-warming clip to mark end of his radiotherapy

Harry Kane is among the thousands of people inspired by a brave little boy fighting a brain tumour during the world cup with England’s captain and talisman promising to beat Sweden ‘to keep a smile on his face’.

He was unable to walk and talk before his treatment but a week ago he spoke for the first time since his illness to say all he wanted was the World Cup when the treatment was over.

Radiographer Liam Herbert filmed the extraordinary and moving moment Queen Elizabeth staff presented him with a replica of the famous trophy. Ben, dressed in a full England strip with a medical tube up his nose, holds the cup aloft in front of a CT scanner in a film that has reduced many to tears and the hashtag #Bensworldcup is trending worldwide.

The video has now made it to England’s training base outside St Petersburg in Russia where Gareth Southgate’s team are preparing for their biggest game for 12 years.

And England’s hero Harry Kane has sent him a message willing him on and promising him they will try their best to win the quarter final at 3pm tomorrow.

He said: ‘Hi Ben, I’ve seen your video and you are an inspiration. Carry on fighting and we’ll do everything we can on Saturday to keep a smile on your face! #BensWorldCup’. 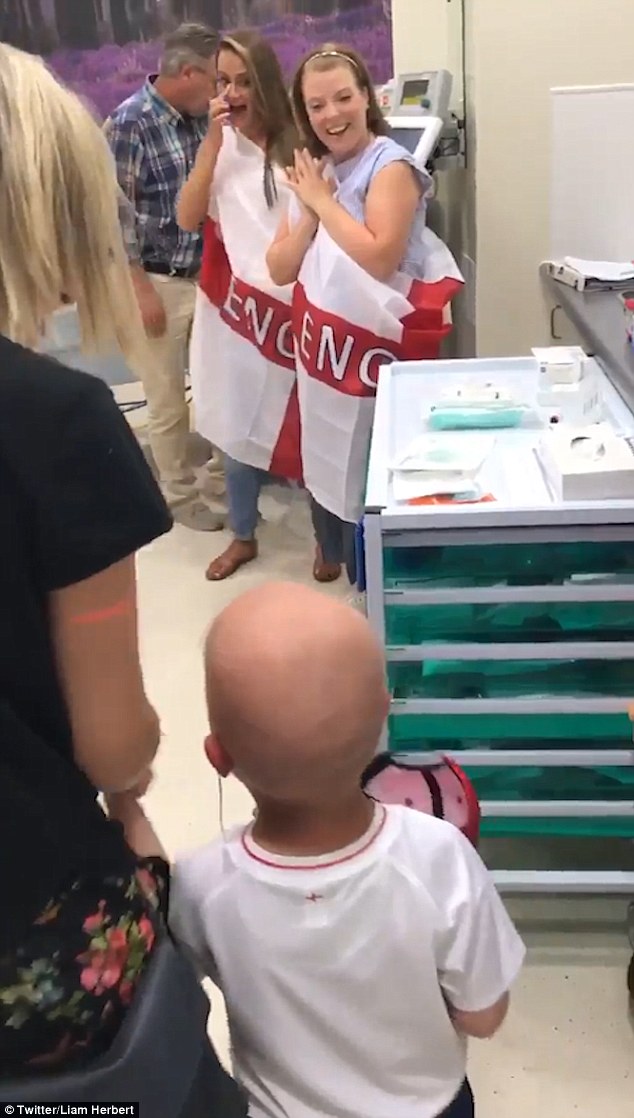 The video shows Ben, who could not walk a week ago, pacing into a room for a surprise after completing six weeks of treatment 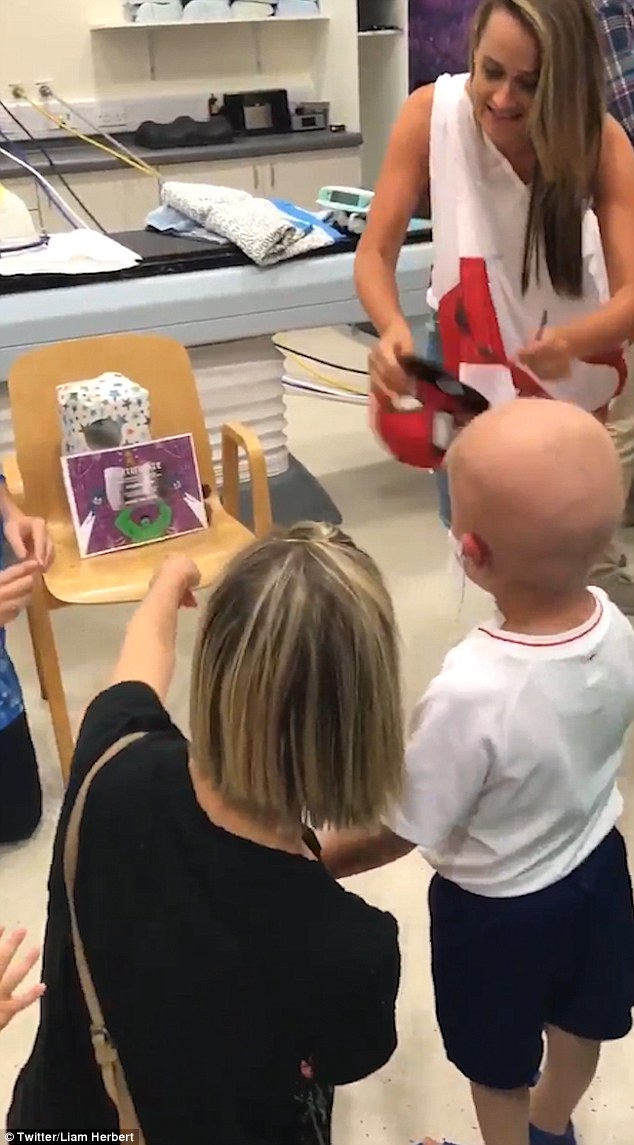 The little boy, dressed in a little England kit, is led to a chair where there is a present and a certificate 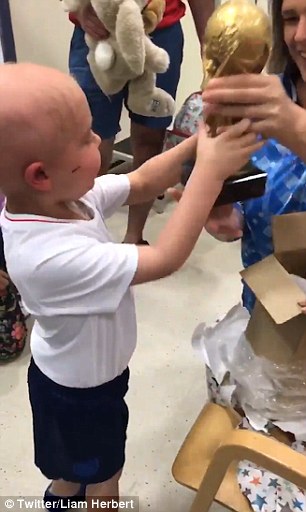 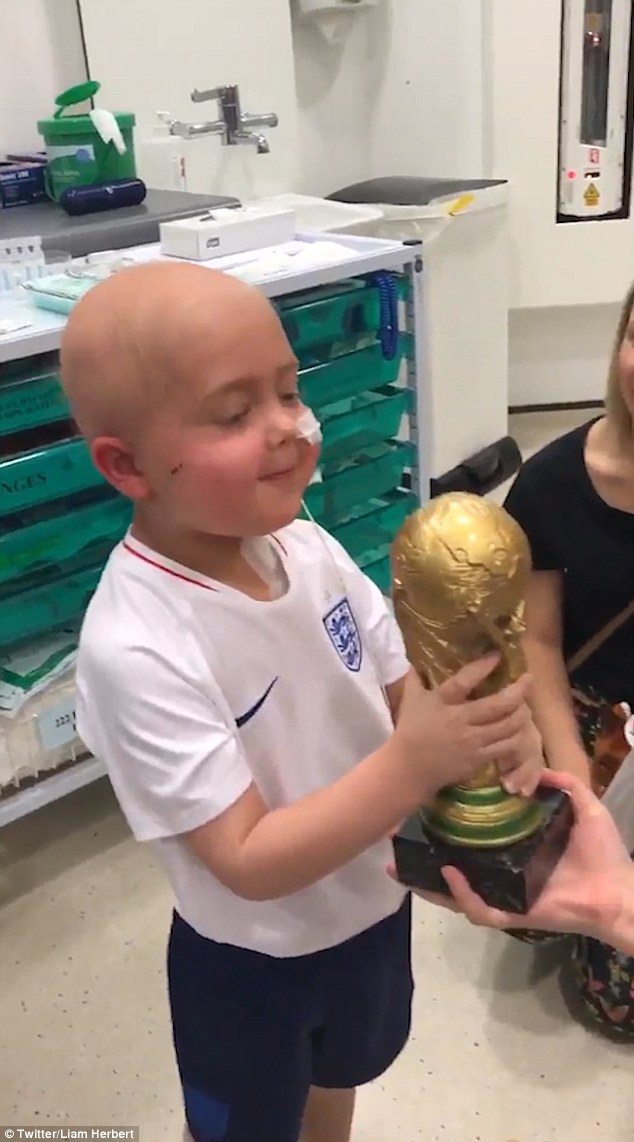 Ben’s smile and bravery has inspired many, including England’s captain Harry Kane