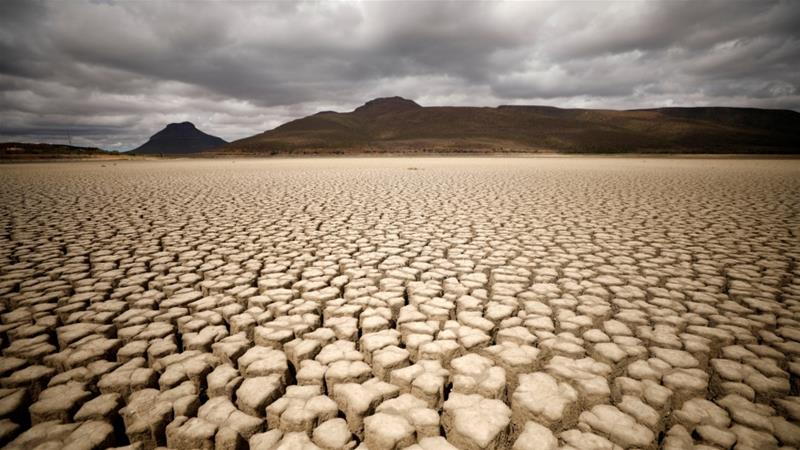 The Earth’s average temperature is likely to remain at least 1 degree Celsius above pre-industrial levels in the coming five years, the World Meteorological Organization (WMO) said on Thursday, warning temperatures may even rise above the 1.5C safe limit for climate change.

The United Nations weather agency, in a new climate outlook, said there was a 70 percent chance that the 1.5C threshold would be breached in one or more months during the next five years.

It also said there was a 20 percent chance that one of the next five years would be at least 1.5C warmer than pre-industrial levels. That chance is “increasing with time”, the WMO said, underscoring the “enormous challenge” the world faces in meeting climate targets set in the 2015 Paris Agreement.

Under the accord, world leaders agreed to keep the average increase in global temperature to no more than 2C and ideally to 1.5C above pre-industrial norms by 2050.

According to the WMO, nearly all of the world’s regions are likely to be warmer over the period from 2020 to 2024, with Southern Africa and Australia, where bushfires last year razed millions of acres, projected to be drier than usual until 2024.

Africa’s Sahel region will probably be wetter, the agency said, while Europe is expected to see more storms due to stronger westerly winds in the North Atlantic region. The smallest temperature change is expected in the tropics.

The WMO said its forecast model takes into account natural variations as well as human influences on the climate, but does not consider changes in emissions of greenhouse gases, including carbon dioxide (CO2), as a result of the coronavirus lockdown.

“Due to the very long lifetime of CO2 in the atmosphere, the impact of the drop in emissions this year is not expected to lead to a reduction of CO2 atmospheric concentrations which are driving global temperature increases,” said WMO Secretary-General Petteri Taalas.

The industrial and economic slowdown from COVID-19 is not a substitute for sustained and coordinated climate action, Taalas said, urging governments to embrace climate action as part of their recovery programmes.

Thursday’s outlook is part of a new WMO effort to provide shorter-range forecasts of temperature, rainfall and wind patterns, to help nations keep tabs on how climate change may be disrupting weather patterns.

“Right now, we’re in the middle of a positive fluctuation that has global temperatures at about 1.4C above the pre-industrial level,” Michael Mann, a climatologist at Penn State University told Reuters News Agency.

But he said he does not expect to see that level of warmth to persist. “We expect to see temperatures again fall toward or below the trend line over the next couple years.”

However, Marcelo Mena, a former Chilean environment minister and now director of the Climate Action Centre at the Pontifical Catholic University in Valparaiso, said even short-term rises could trigger extreme weather events, which could add strain to nations already struggling with the coronavirus outbreak.

“There are going to be years that are higher than the projections, and years lower, but the fact that we have this increase in this context shows us that some of these symbolic events are closer to home than expected,” he told Reuters.

The Earth’s average temperature is already more than 1C above the pre-industrial period, and the last five-year period has been the warmest five years on record, the WMO said.