Erdogan does not expect U.S. sanctions over Russian S-400 deal

ISTANBUL (Reuters) – President Tayyip Erdogan said on Thursday he did not expect the United States to impose sanctions over Turkey’s planned purchase of a Russian missile defense system, but he would retaliate if it did. 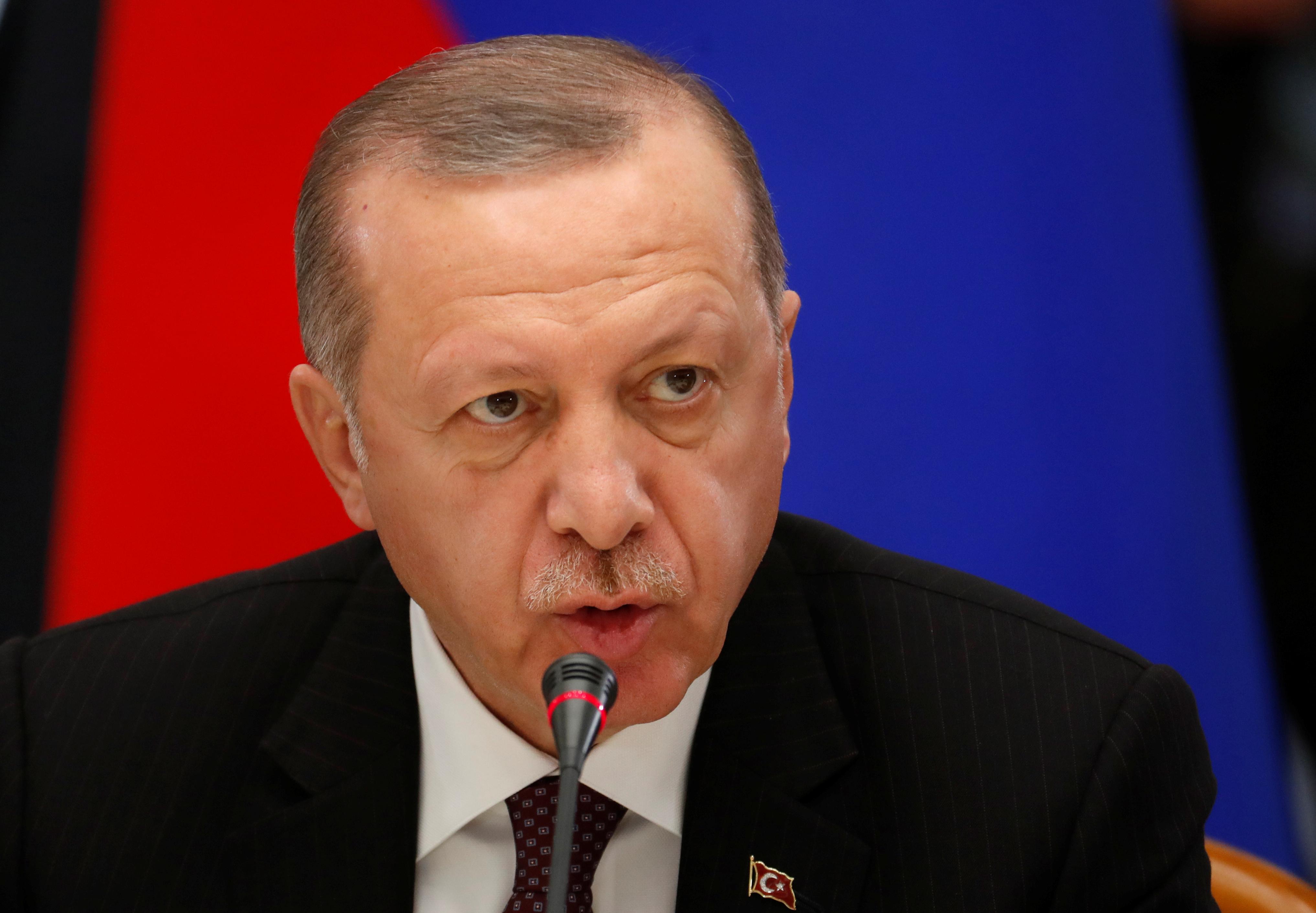 Speaking at a rare news conference for foreign media in Istanbul, Erdogan repeated that the purchase of Russian S-400 systems was a done deal and said the United States should think carefully before imposing sanctions on a NATO member.

“I do not see any possibility of these sanctions happening,” Erdogan said. However, if they did, “we will have sanctions of our own”.

Washington has repeatedly threatened to impose sanctions unless Ankara backs down from the S-400 purchase. Erdogan said the delivery of the system would start in the first half of July.

His expectation of no sanctions appeared largely based on his personal relationship with President Donald Trump. “I say this very openly and sincerely, our relations with Trump are at a place that I can call really good … In the event of any issues, we immediately work the phones,” Erdogan said.

He said he would discuss the issue with Trump at the G20 summit in Japan at the end of June, and that the problem was largely with other U.S. officials. “When we have talks with those below Trump, we see that many cannot agree with our officials, and one example is the S-400,” he said.

Turkey and the United States have been at loggerheads over the issue for months. Washington says the S-400 is incompatible with NATO’s defense network and could compromise its F-35 fighter jets, an aircraft Turkey is helping build and planning to buy.

Buying military equipment from Russia leaves Turkey liable to U.S. retribution under a 2017 law known as the Countering America’s Adversaries Through Sanctions Act, or CAATSA.

Even minor U.S. sanctions could prompt another sharp sell-off in the Turkish lira. A 30 percent slide in the currency drove the Middle East’s largest economy into recession last year. It has fallen another 10 percent this year and markets remain on edge.

Erdogan said Turkey wanted to buy Patriot missiles from the U.S. but that offer was in no way comparable to Russia’s.

He said Turkey would appeal to international courts and ask for its F-35 payments to be refunded if needed.

Erdogan, security, turkey, Us, USA
You may also like: