Estate agent, 31, is hailed a hero after he pulled out in front of a bus full of passengers to tell the driver it was ‘on fire’ before putting out the blaze near the engine

An estate agent has been hailed a hero after pulling out in front of a bus full of passengers to put out a fire he thought was threatening the engine.

Khurram Khan overtook the number six TM Travel bus in Sheffield, South Yorkshire on Saturday after spotting sparks at the rear of the vehicle.

After failing to get the drivers attention, the 31-year-old estate agent blocked the bus in order to warn the driver of the impending danger. 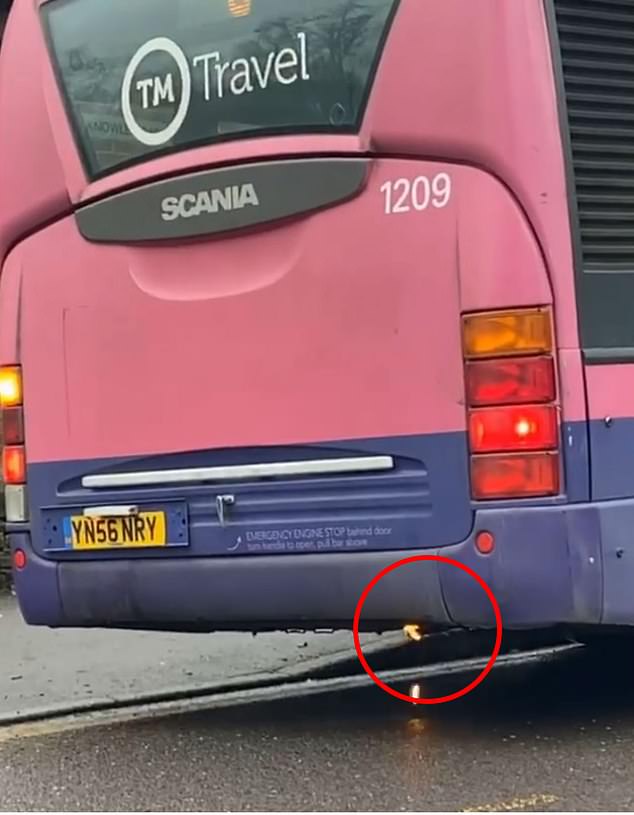 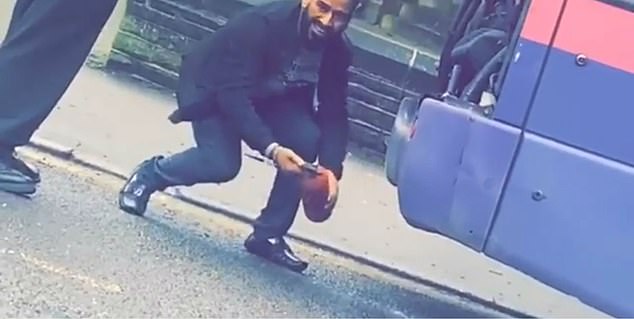 The estate agent, pictured, used a fire extinguisher to douse the possible flames

He then told passengers on the bus to evacuate before smashing open the fire extinguisher on board and putting the sparking flames out.

Mr Khan said passengers branded him a ‘hero’ for his quick thinking actions.

Speaking today, he revealed: ‘I was driving my sister to work and we were just talking when all of a sudden the bus in front started sparking at the rear.

‘I tried to alert the driver by honking on the car but then had to drive and overtake him to pull out in front and block his way.

‘I said to the driver “you are on fire” but he looked at me confused thinking I was saying he was on fire. I kept saying “no the bus is on fire”.

‘He still didn’t take it seriously so I parked the car and videoed when it caught fire and flames started dripping. I noticed the driver hadn’t come out so I thought “I have to do something”.’ 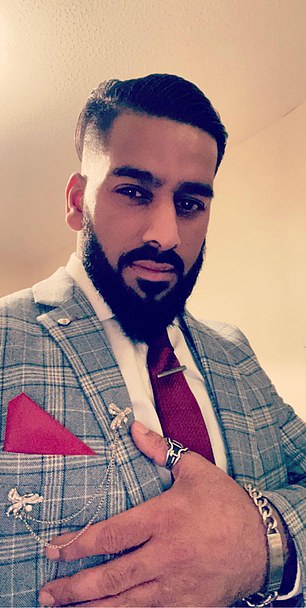 Mr Khan, pictured, said he had to act as he was afraid someone might be injured if the situation deteriorated

Mr Khan said he asked the passengers to leave the bus and used the on board fire extinguisher put out the small flame.

He continued: ‘Everyone was coming up to me after saying thank you very much and calling me a hero.

‘The engine’s at the back and the flames were coming from practically at the back in the middle.

‘I thought do I just leave it for someone else to do or do it myself. I wasn’t sure if the flames were going to spark something else in the engine.

‘After that I just went on my day. My sister was late for work because of it but we were both fine with that.’

Mr Khan shared a video showing the fire sparking at the back of the bus and also while he used the extinguisher to put out the flames.

TM Travel today said their bus was sparking, and not on fire.

David Boden, general manager at TM Travel today said: ‘I have urgently investigated matters. There actually was no fire on the bus.

‘What had happened was an electrical wire had detached when the driver went over a speed hump and as the video shows, there were sparks coming from this, not fire.

‘We thank Mr Khan for bringing this to the driver’s attention.’