LONDON/BRUSSELS (Reuters) – The European Union on Tuesday rebuffed Prime Minister Boris Johnson’s demand that it reopen the Brexit divorce deal, saying Britain had failed to propose any realistic alternative to an agreed insurance policy for the Irish border.

After more than three years of Brexit crisis, the United Kingdom is heading towards a showdown with the EU as Johnson has vowed to leave the bloc on Oct. 31 without a deal unless it agrees to renegotiate the divorce terms.

In his opening bid to the EU ahead of meetings with French President Emmanuel Macron and German Chancellor Angela Merkel, Johnson wrote a four-page letter to European Council President Donald Tusk asking to ax the Irish border “backstop”.

Johnson proposed that the backstop – part of the Withdrawal Agreement that then-prime minister Theresa May agreed last year – be replaced with a “commitment” to implement alternative arrangements as part of a deal on the post-Brexit relationship.

Merkel, Europe’s most powerful leader, said the EU would consider “practical solutions” but that the Withdrawal Agreement, which contains the protocol on the Irish border “backstop”, did not need to be changed.

“It is a question of the declaration on future ties,” she said during a visit to Iceland. “And I think we will act in a very unified way.”

“Those against the backstop and not proposing realistic alternatives in fact support re-establishing a border. Even if they do not admit it,” Tusk tweeted.

A note seen by Reuters setting out the agreed joint position of the 27 EU states staying on after Brexit said the EU regretted Johnson’s bid to scrap a “necessary, legally operative solution” in favor of a “commitment to try to find a solution”..

Britain’s pound, sensitive to the prospects of a no-deal departure, fell after Tusk’s comments to near three-year lows against the euro and the dollar GBP=D3, before recovering its losses after Merkel’s comments. [GBP/]

European diplomats expect little progress on Brexit until the British domestic landscape becomes clearer when parliament returns on Sept. 3 – after which the opposition Labour Party has vowed to try to collapse Johnson’s government. 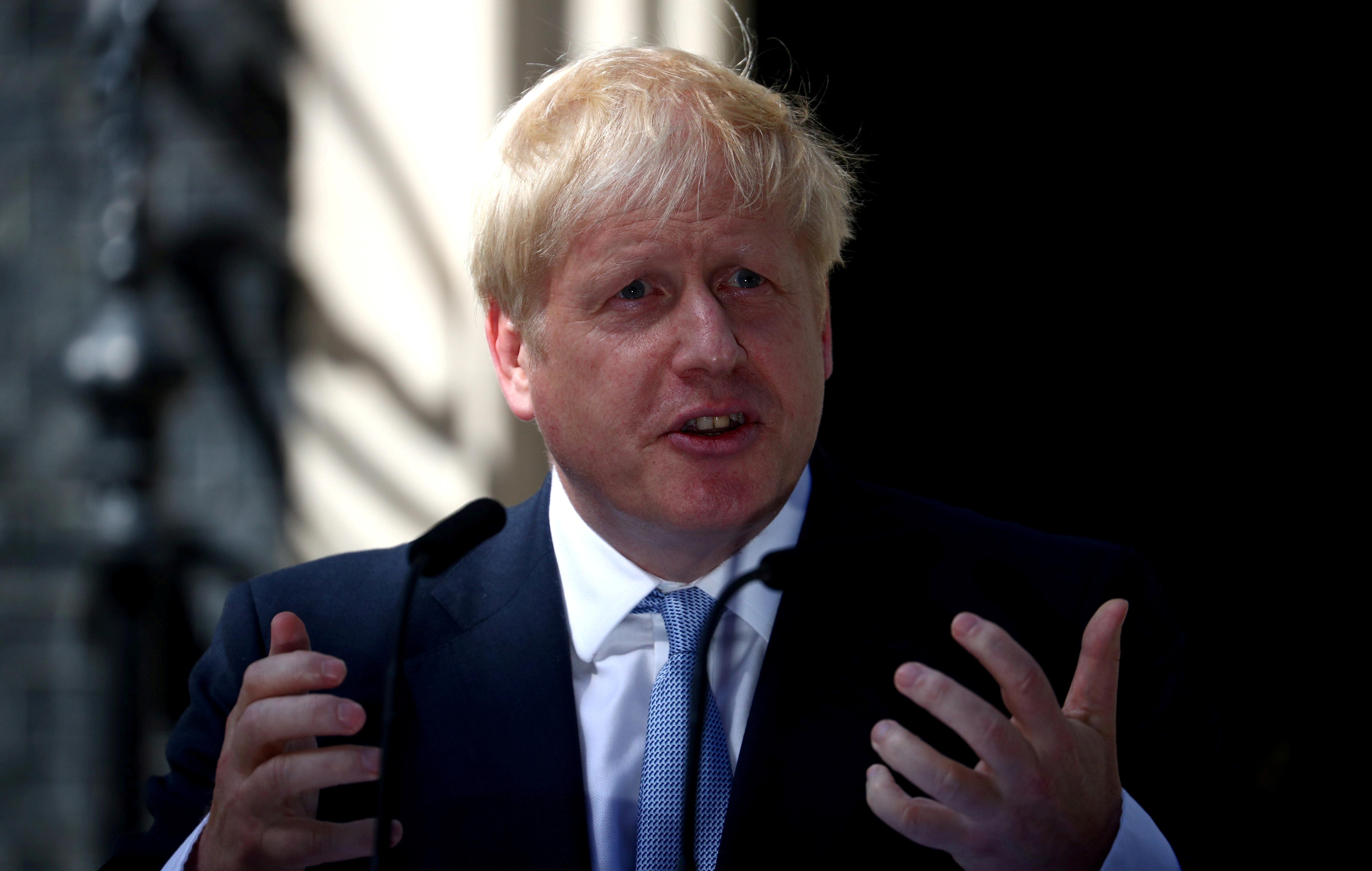 With British politics in such turmoil, it is still unclear how, when or indeed if the United Kingdom will leave the EU. Many expect an election within months.

With such uncertainty, some suspect perfidy in London.

A diplomat from one EU country told Reuters that Johnson’s letter was “pure PR” and not meant to spur constructive talks but rather set the stage for a “blame game” with the EU.

The riddle of what to do about Ireland’s 500-km (300-mile) land border with the British province of Northern Ireland has repeatedly imperiled Brexit talks.

The EU wants to ensure that its only land border with the United Kingdom after Brexit does not become a back door for goods to enter the EU’s single market – which guarantees free movement of goods, capital, services and labor.

The United Kingdom does not want there to be any border – effective or virtual – between Britain and Northern Ireland. Johnson’s government is propped up by Northern Irish unionists.

The backstop was aimed at squaring the circle: it would keep the United Kingdom in a customs union with the EU until a better solution was found, and keep Northern Ireland aligned to the rules of the EU’s single market.

Johnson wrote that the backstop was anti-democratic and threatened the United Kingdom’s sovereignty as the application of single-market rules in Northern Ireland could divide the province from the rest of the UK.

He also said it risked upsetting the delicate balance between nationalists and unionists in Northern Ireland.

Britain, EU, germany, Us, Western
You may also like: