Everybody needs good royal neighbours! Eugenie and her fiancé are now living next door to Harry and Meghan – and 11 other members of the royal family – after moving into a cottage at Kensington Palace

She already followed in her Royal cousin’s footsteps by announcing her wedding in the same location just a matter of months later.

Now Princess Eugenie has taken another leaf out of Prince Harry’s book by moving into Kensington Palace – making it home to 15 current and future Royals.

The Queen’s granddaughter, the second child of Prince Andrew, and wine merchant fiancé Jack Brooksbank have taken over the three-bedroom Ivy Cottage in the palace complex, moving in last week while the Duchess of Cambridge was in labour.

It means they are just yards away from Harry and future wife Meghan Markle, who share two-bedroom Nottingham Cottage, where brother Prince William and Kate Middleton previously lived. 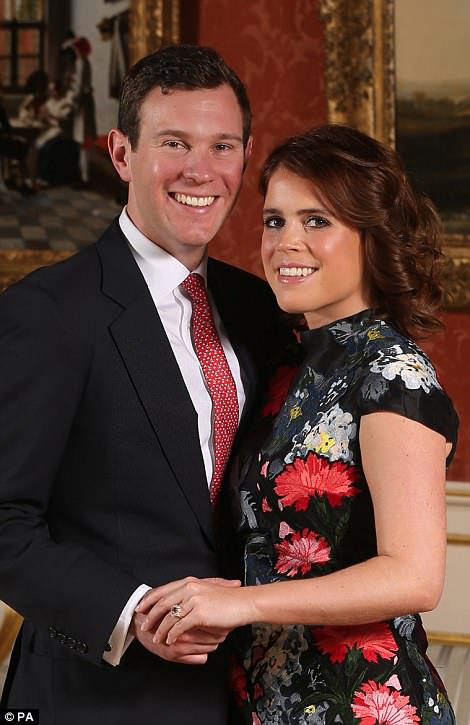 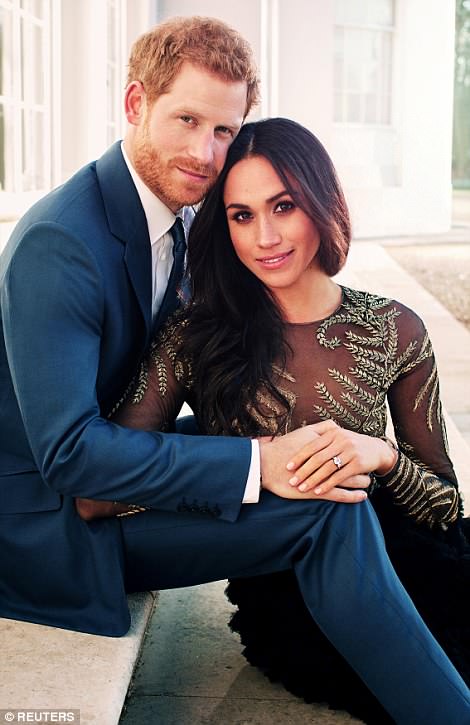 Princess Eugenie and fiance Jack Brooksbank, left, have moved into Kensington Palace and now live just yards away from Prince Harry and Meghan Markle, right. It is the latest move that brings the couples closer together, with both set to wet at St George’s Chapel at Windsor Castle this year 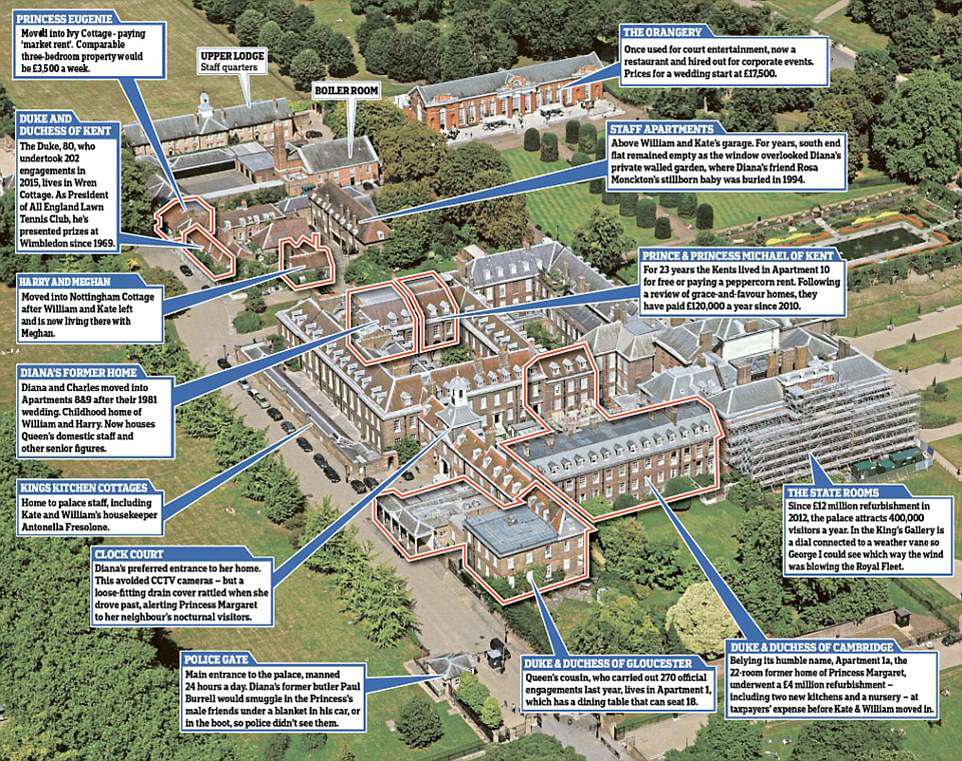 Eugenie and her fiance will move into Ivy Cottage, with Harry’s Nottingham Cottage just round the corner. The huge complex is home to several royals, as well as staff apartments, an orangery available for private hire and state rooms open to the public

Both couples will wed at St George’s Couple at Windsor Castle this year – Harry and Meghan later this month and Eugenie and Mr Brooksbank in October.

Eugenie, 28, and her partner, 31, announced plans to move into the cottage two years ago.

It was formerly the family home of the deputy head of the palace’s property section, who retired more than two years ago, and a comparative property would cost around £3,500 per week to rent.

A source told the Sun Eugenie and Harry, 33, are very close and were looking forward to being neighbours.

The source said: ‘Harry and Eugenie are great mates – she was one of the first people who met Meghan.

‘Eugenie is so pleased. It’s the first time she and Jack have lived together. They wanted to move in earlier but there were arguments over who paid for renovations.’ 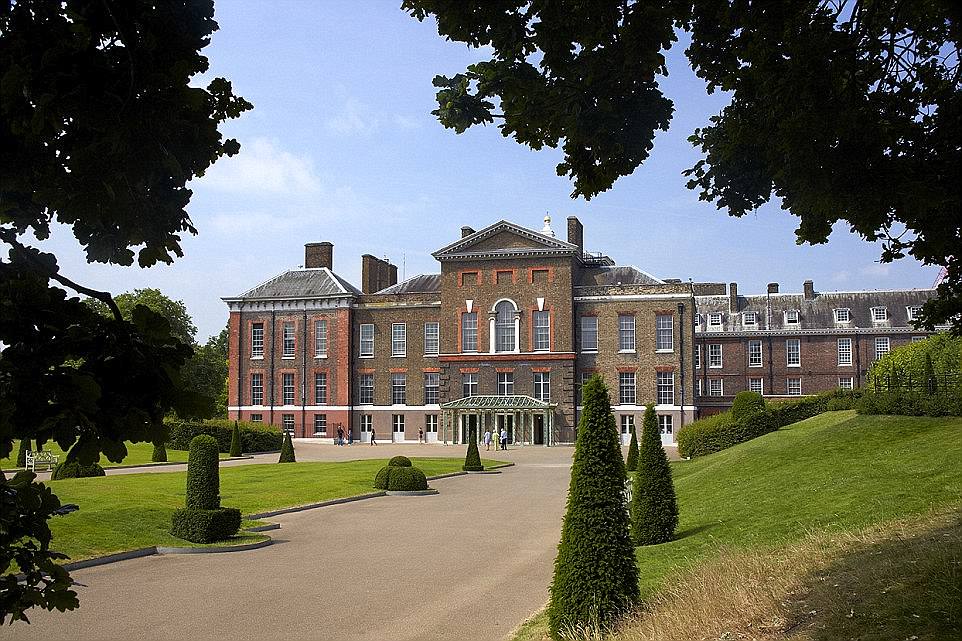 The new arrivals means that Kensington Palace, pictured, is now home to 15 current and future Royals. It was originally a Jacobean mansion bought by William III in 1689 for 18,000 guineas, going to become known as an ‘unlucky’ residence 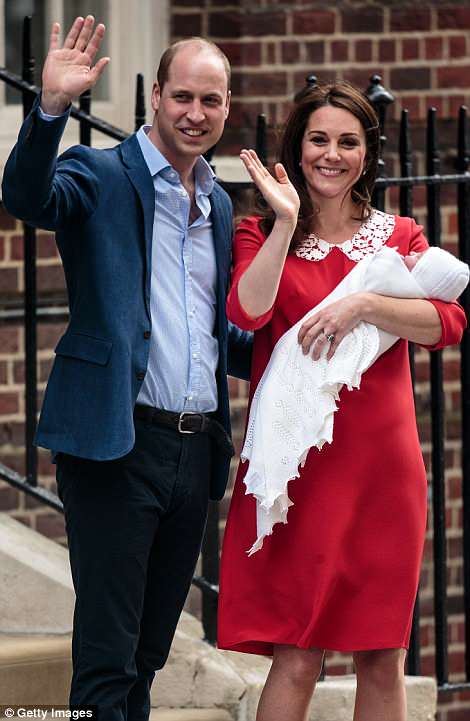 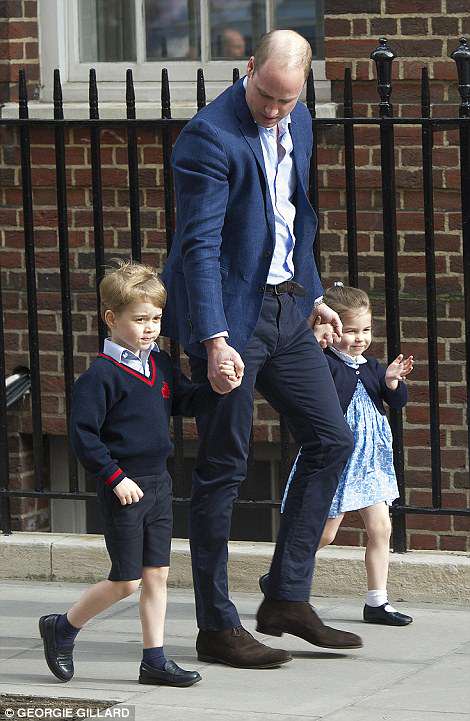 Other neighbours to Eugenie and Mr Brooksbank are Prince William, the Duchess of Cambridge and their three children George, Charlotte (both right with their father) and newborn Prince Louis (left with his parents). The soon-to-be married couple moved in when Kate was in labour last week

And the arrival of Eugenie and Mr Brooksbank means the palace is now packed with Royals with 11 other members of their family already there.

Prince William and the Duchess of Cambridge live at Kensington Palace with children George, Charlotte and newborn son Louis.

For years Kensington Palace was said to be an ‘unlucky’ royal home, with Princess Diana considering it ‘more prison than palace’. 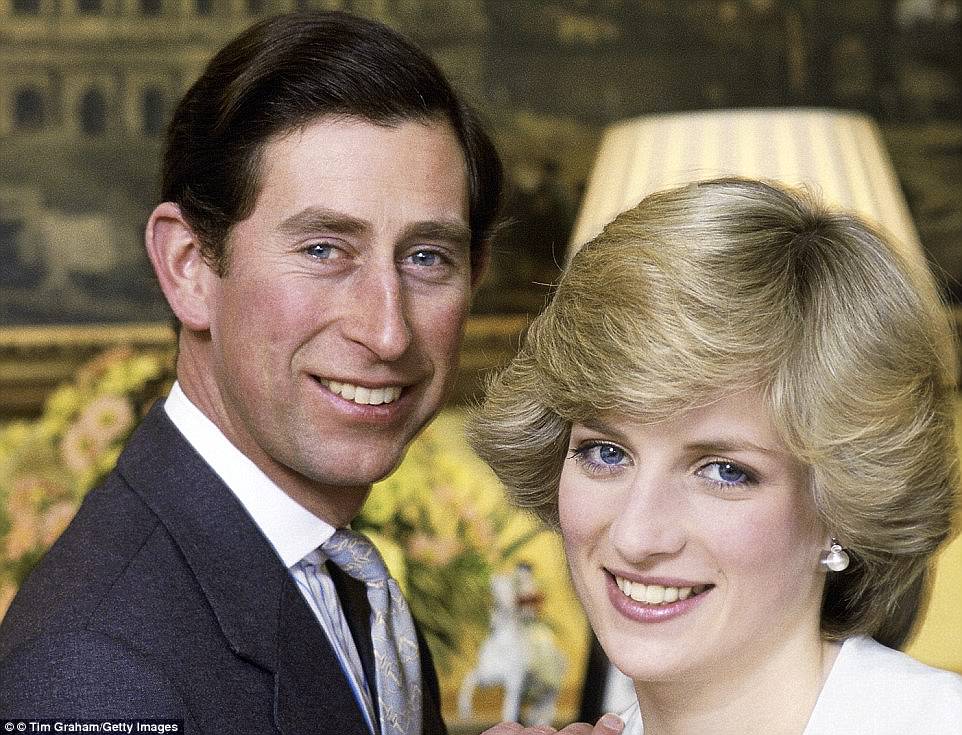 Prince Charles and Princess Diana, pictured, previously lived at the palace, with Diana calling it ‘more a prison’ 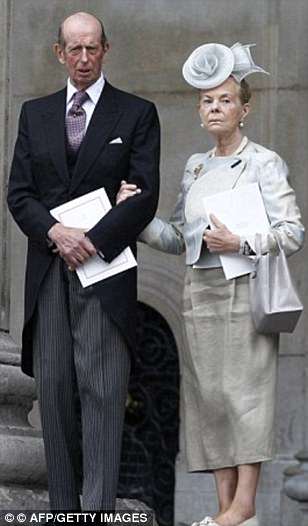 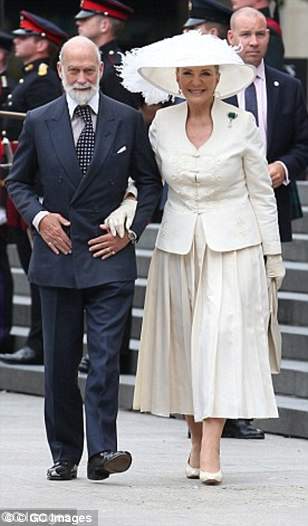 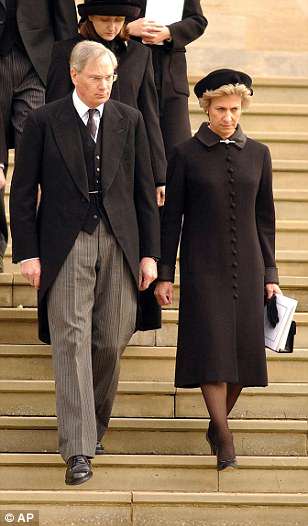