Europe readies for clash with US over renewed Iran sanctions

London: The European Union is about to re-activate an old law to try to persuade businesses to defy US sanctions and continue to trade with Iran, in an attempt to salvage the nuclear treaty.

Senior EU officials accused the US of violating international law by re-introducing the sanctions, which had been dropped in 2015 in exchange for concessions by Iran on its nuclear industry and weapons research. 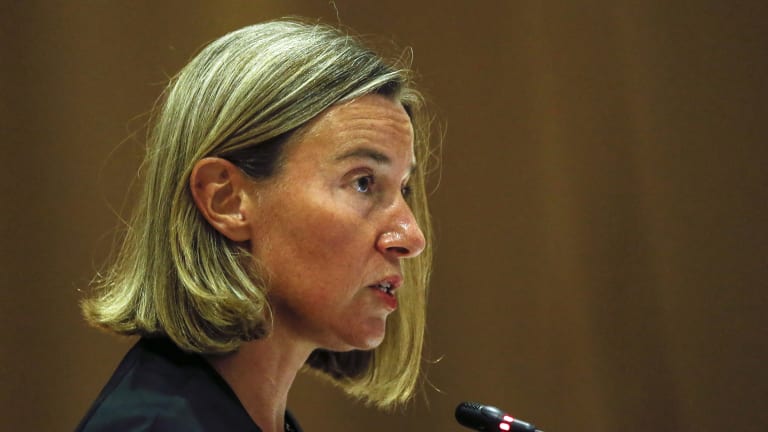 The European Commission’s high representative Federica Mogherini, in a joint statement with the foreign ministers of France, Germany and the UK, said they will activate a ‘blocking statute’ on Tuesday morning, local time, in direct defiance of the sanctions which will be imposed at the same time.

“The (nuclear treaty) is a key element of the global nuclear non-proliferation architecture, crucial for the security of Europe, the region and the entire world,” the EU statement said.

“We deeply regret the re-imposition of sanctions by the US.”

The statute prohibits EU companies from complying with the US sanctions, which apply to Iran’s automotive and financial sectors as well as trade in gold and other metals.

And EU companies trading with Iran will be able to recover damages in EU courts for losses incurred through the sanctions. 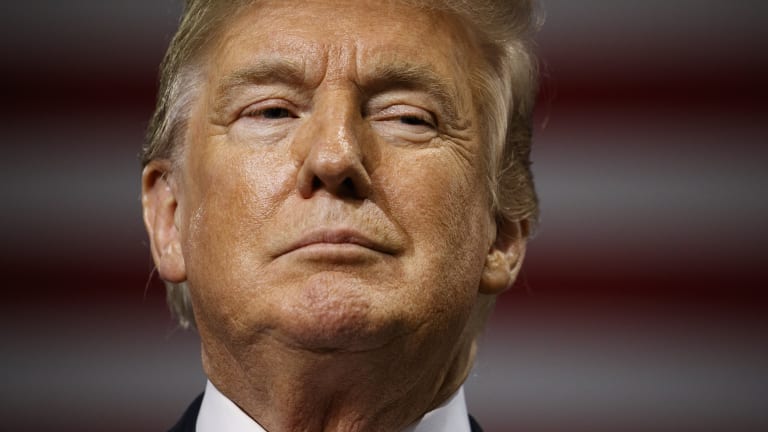 However use of the blocking statute in the past – most notably in relation to Cuba – has had limited effect as EU countries have been reluctant to enforce it, and banks with exposure to the US financial markets have chosen to ignore it. The compensation clauses have not been extensively tested in the courts.

European companies with branches in America, or with significant American exports, would be forced to weigh the relative costs and risks of complying with the EU law versus the US law.

Even more damaging sanctions on Iran’s shipping and oil sectors will be imposed in November, the US says.

“We urge all nations to take such steps to make clear that the Iranian regime faces a choice: either change its threatening, destabilising behaviour and reintegrate with the global economy, or continue down a path of economic isolation,” US President Donald Trump said in a statement on Monday.

“Individuals or entities that fail to wind down activities with Iran risk severe consequences.”

A senior US official told Associated Press the US was “not particularly concerned” by the EU’s move, saying it would “rigorously” enforce the sanctions and citing Iran’s severe economic downturn once the sanctions were announced – including an 80 per cent devaluation of the real – as proof they would bite.

European Commission officials told reporters that EU companies would be able to sue for compensation from US banks or other businesses who acted to enforce the sanctions.

“The EU is a market economy [;] we protect freedom of enterprise,” a senior Commission official said, Politico reported. “The purpose of the blocking statute is not to oblige any company to invest but actually it is to make sure their business decisions remain free and not imposed upon by legislation, which we consider unlawful.”

The officials said the nuclear treaty known as the JCPOA was a UN Security Council resolution, and had the strength of international law.

They acknowledged the blocking statute would not, by itself, fully counter the effect of the US sanctions.

However they said that in solidarity with Russian and China, it would send a signal to markets that there was support for continued trade with Iran.

And they still held out hope for a political settlement – which was the result of a similar dispute involving Cuba and Iran in the 1990s.

clash, Europe, for, Iran, over, readies, Renewed, sanctions, Us, With
You may also like: