EXTINCTION Rebellion are planning to wreak havoc with mass disruption in September – just as the UK begins to recover from the coronavirus pandemic.

The eco-warriors have vowed to blockade Parliament until MPs agree to their demands – with more chaos planned across the rest of Britain. 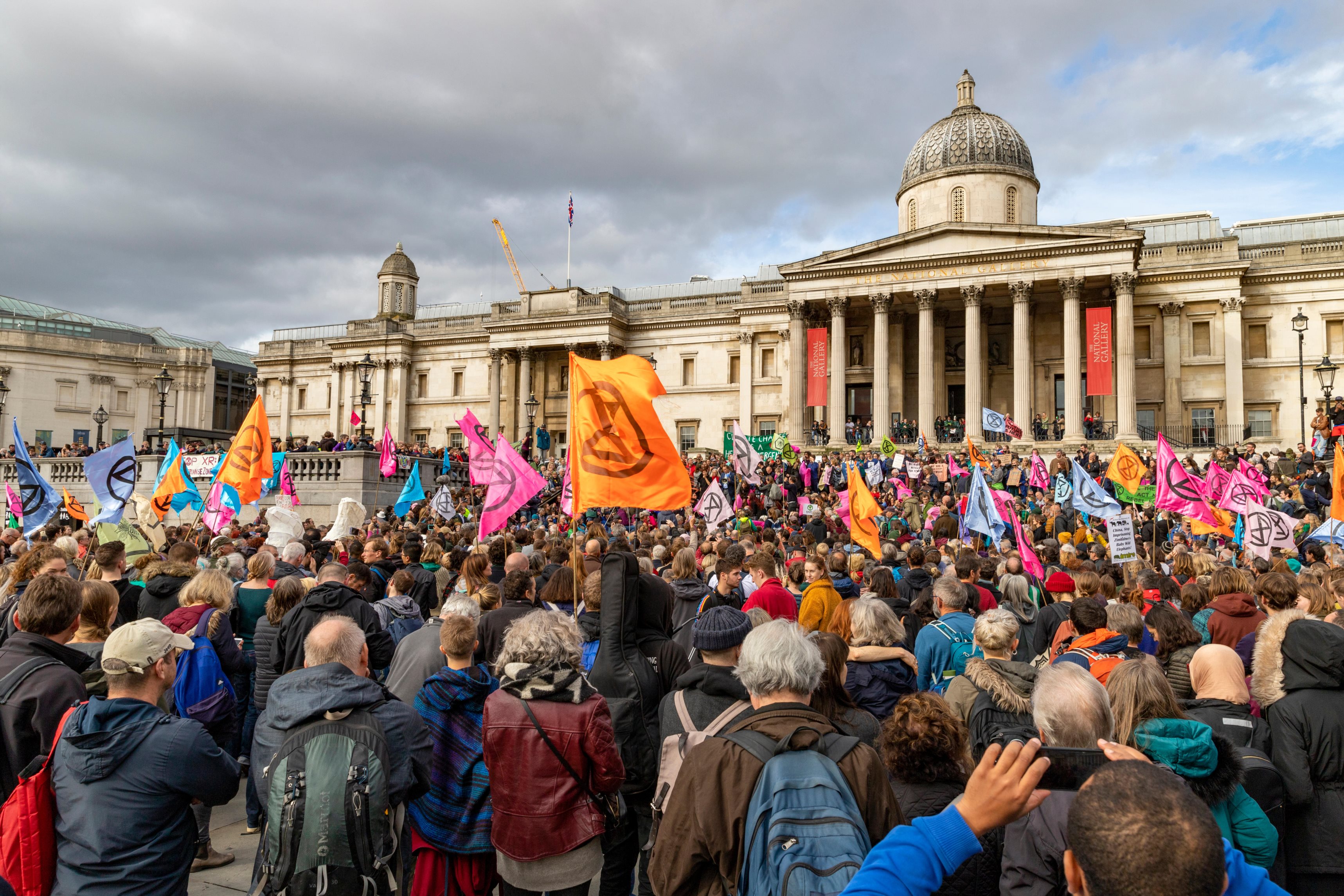 Their plans to cripple the UK in September will come as the country finally begins to get back on its feet after Covid-19 lockdown shut down pubs, shops and a string of other businesses.

Brits will also be heading off on holiday for the first time in months – with fears the group could repeat their promise in the past to disrupt flights.

But XR say the action might be re-evaluated depending on the pandemic – suggesting it may be scaled back or cancelled if a deadly second wave hits.

The group hasn't revealed what disruption they are planning but said "beautiful, creative, high impact actions focused on frustrations at government inaction and local issues will occur like waves" from August 28. 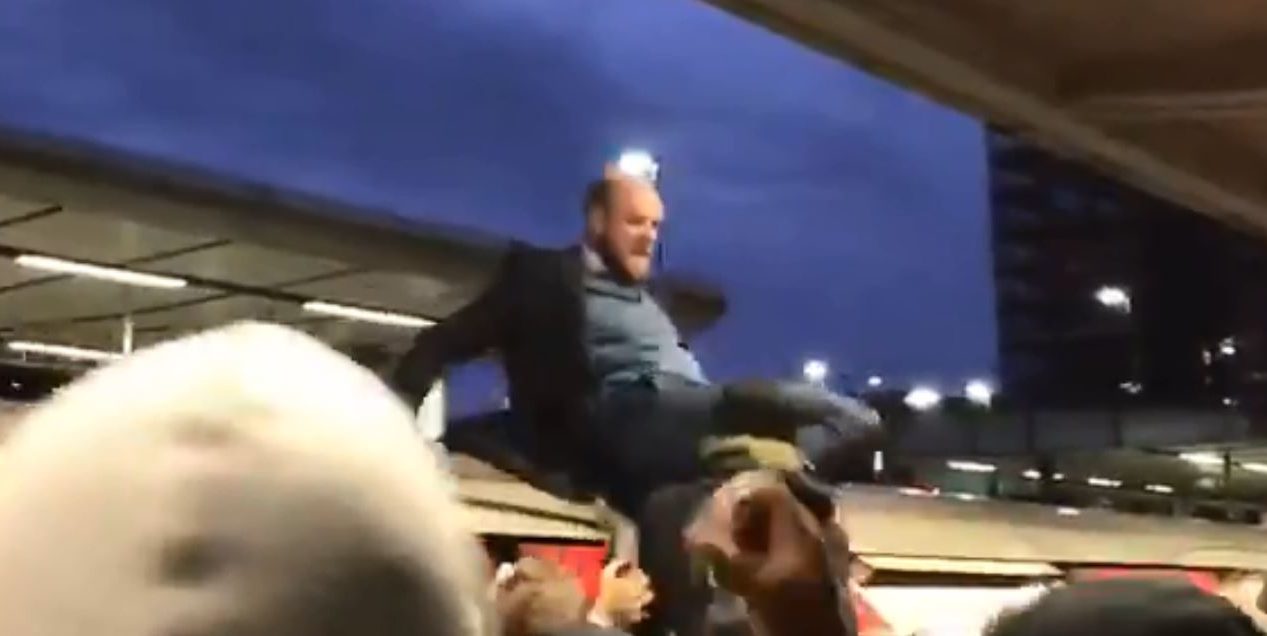 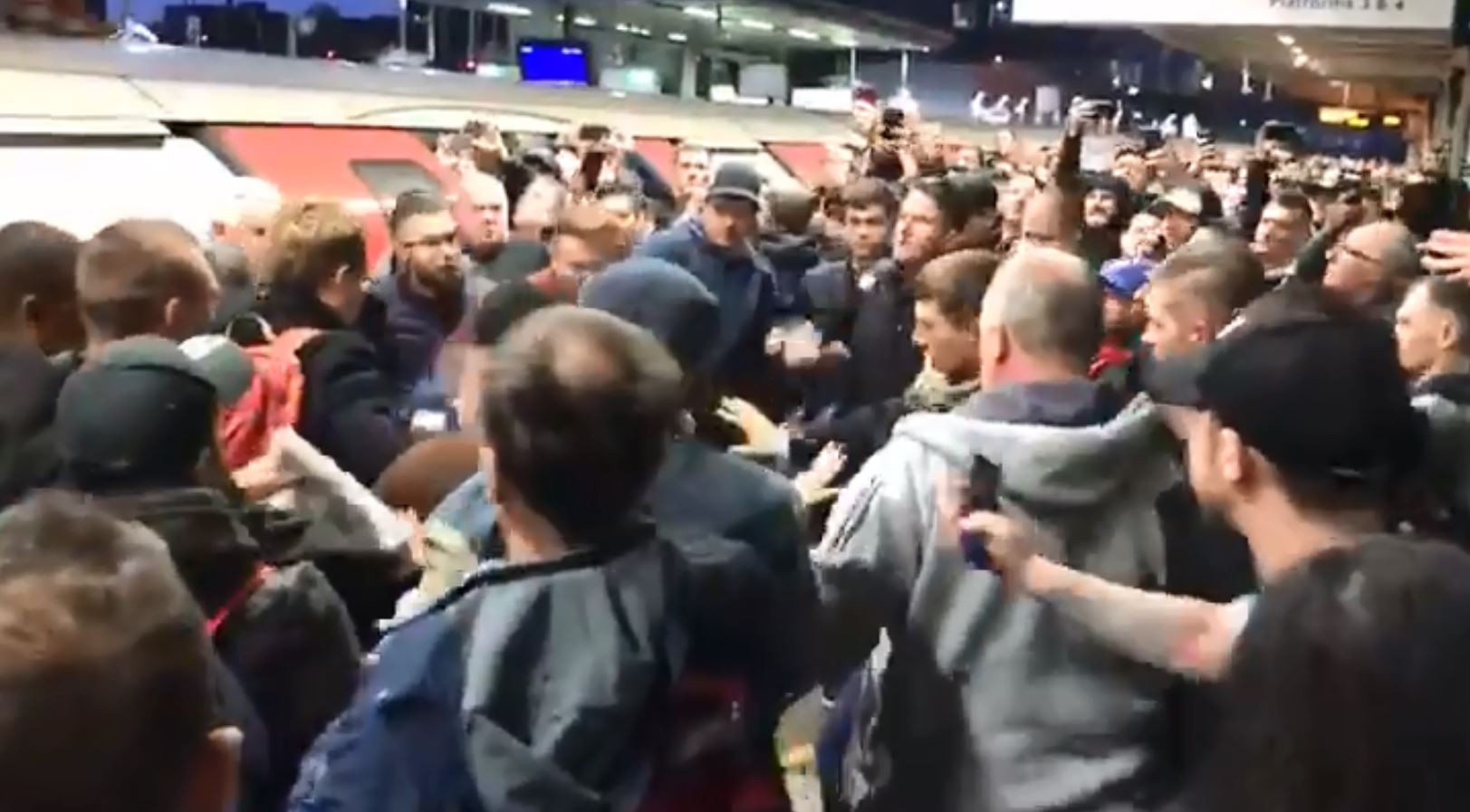 It follows their "October Rebellion" last year that saw rampaging agitators wreak havoc across the capital.

Some anarchists glued themselves to electric trains in a bid to support their green agenda – bringing transport in London to its knees.

A tree surgeon also clambered up Big Ben dressed as Boris Johnson, forcing cops to spend hours up the tower before bringing him down.

Camps were also erected in busy Oxford Circus with celeb luvvies all pitching in to show their support as some areas of the capital ground to a halt. 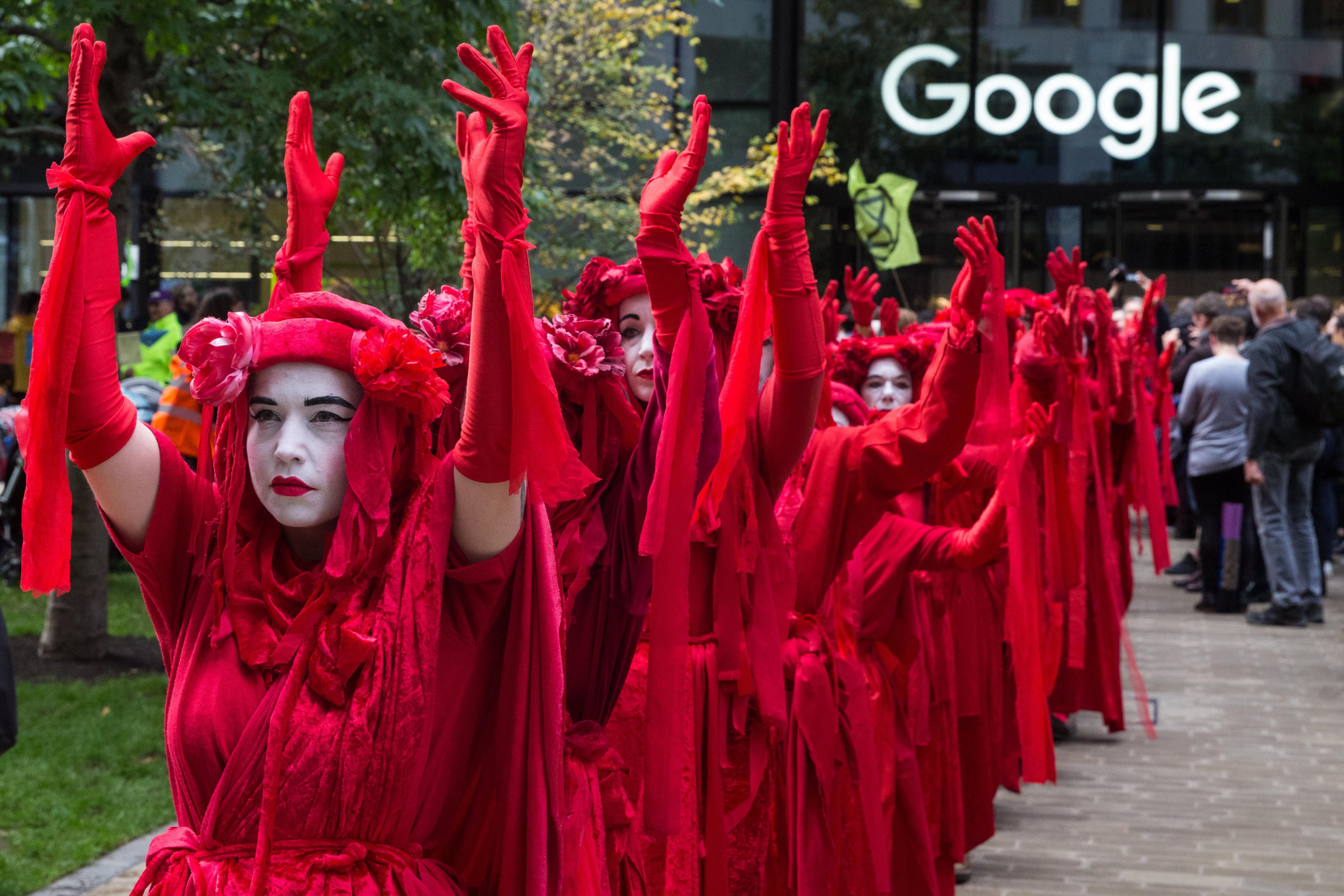 In some cases, commuters began to fight back against the demonstrators after they caused rush hour disruption on the Tube.

The chaotic protests ended up costing taxpayers at least £37million after they shut down parts of London.

A series of marches, blockades and "glue-ins" hit the Metropolitan Police with a £21million bill in just two weeks alone.

Around 1,800 protesters were arrested during the protests with 21,000 cops forced to work 12-hour shifts. 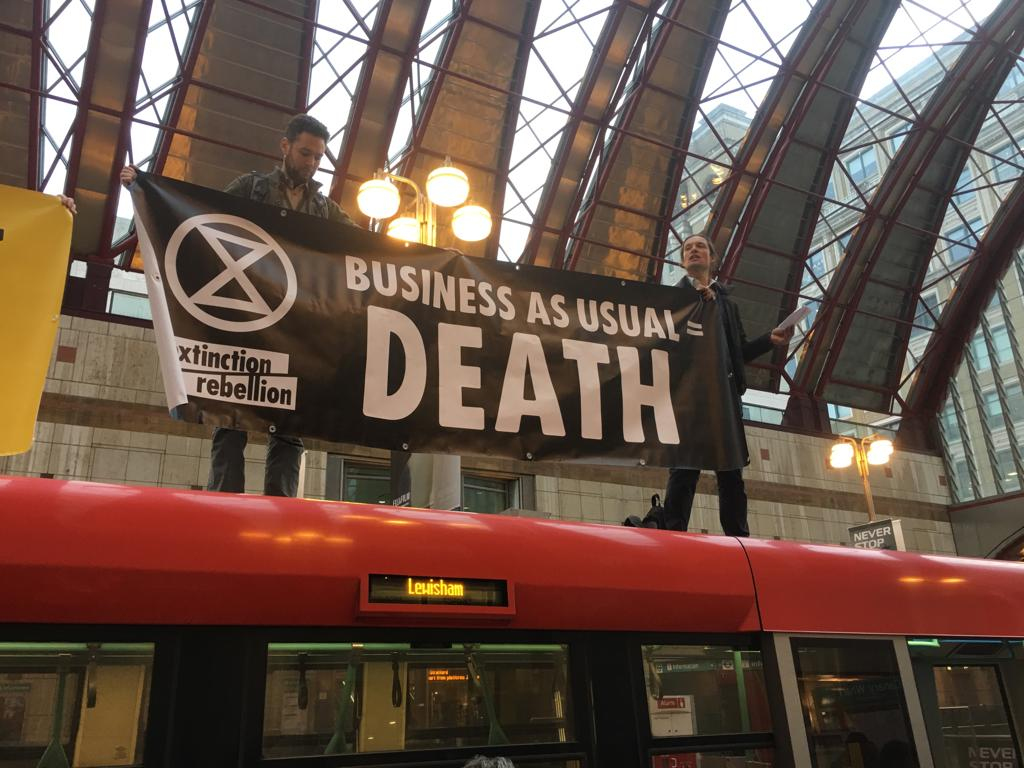 The disruption came as a stretched police forces tried to tackle a gruesome knife crime wave.

But XR insist they have "learnt from previous actions" and will "aim not to disrupt 'ordinary people'."

They did warn the demonstrations could disrupt the public though and urged followers to take part in a "Countdown to Rebellion" and cause disruption in their own regions.

A spokesperson for the group said protesters will be asked to socially distance if part of government guidelines still. 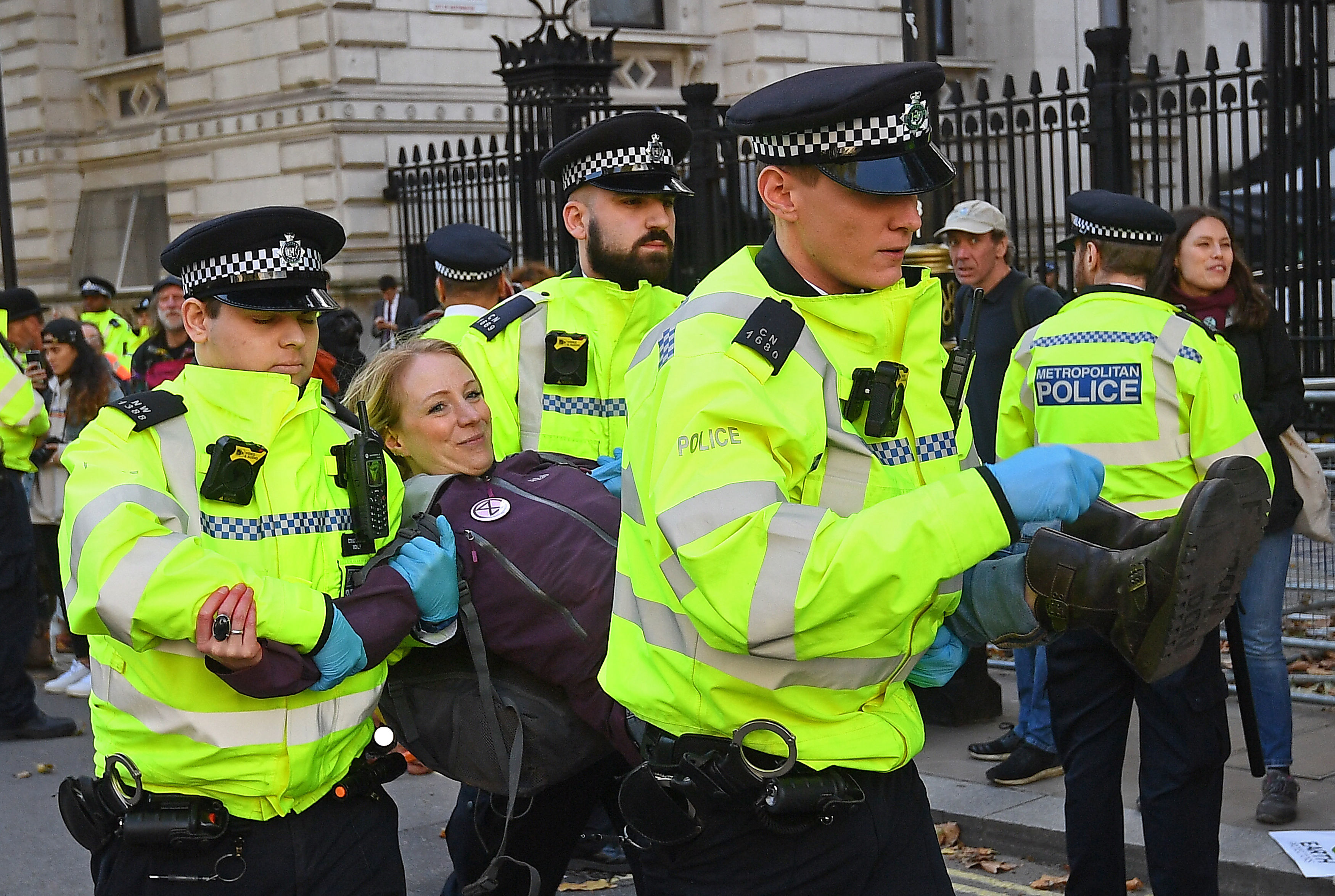 Organisers are also drawing up a "health protection code" and "full safety briefing" surrounding face masks and the 2m rule.

The group said: "We are at an intersection of global crises. Climate breakdown, COVID-19, racial injustice – all are symptoms of a toxic system that is driving us to extinction – a system built on economic inequality, extraction, the destruction of nature, and exploitation.

"We cannot carry on like this. The system is killing us.

"2020 has been a year of tipping points. Everywhere you look, a collective rage is growing.

"The social contract between the Government and its citizens is broken. Enough is enough.

"We have an opportunity now as we emerge from the pandemic to make the change necessary, but business-as-usual is fighting to regain its hold. We can’t let that happen." 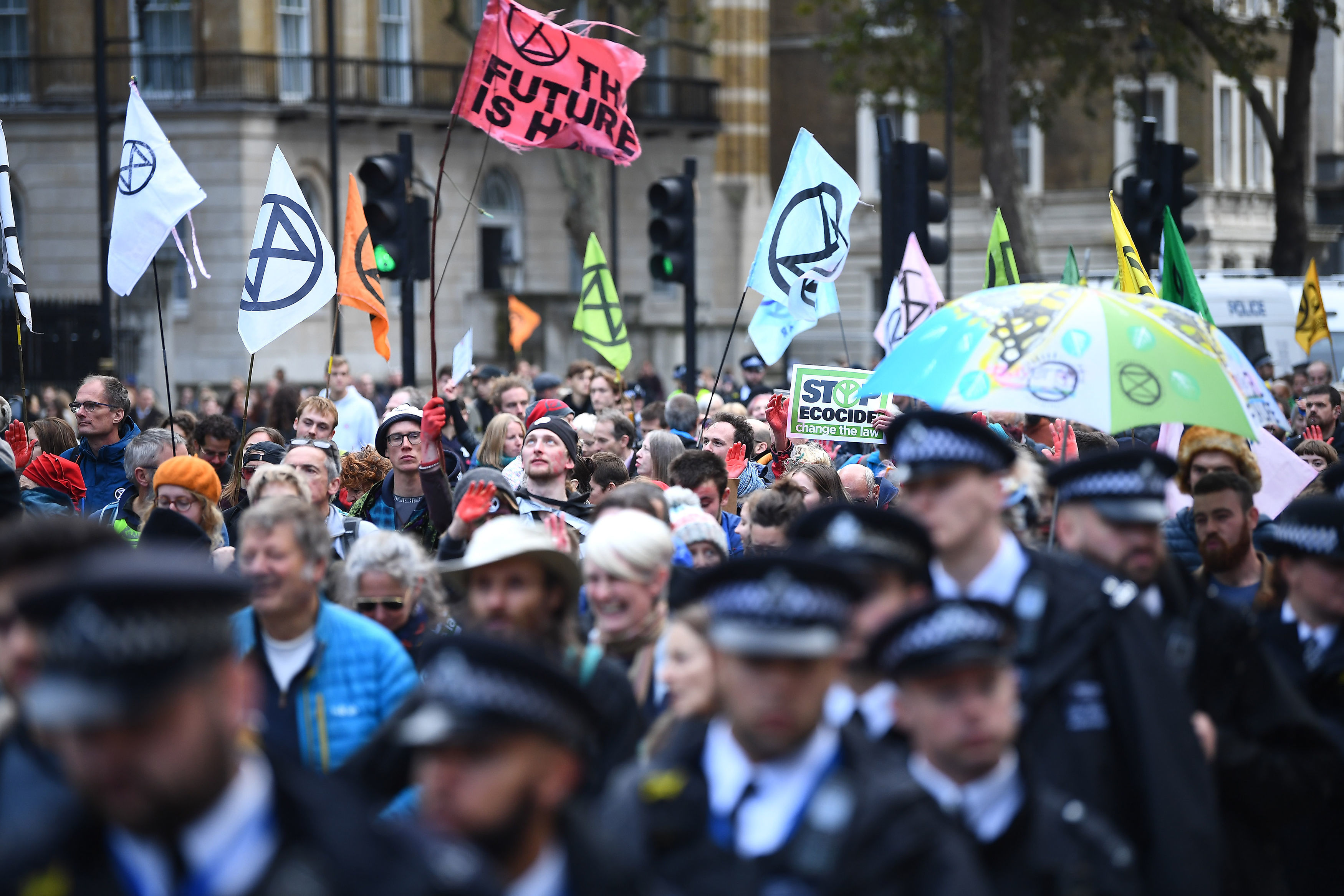 The planned stand-off in Westminster will come as MPs return to Parliament following the summer recess.

XR plans to block ministers from entering Parliament until their three-plan agenda is met.

The first calls for the government to declare a climate emergency – which the UK and hundreds of local councils have now done.

They are also calling for carbon emissions to be reduced to zero by 2025. The current Government and the Liberal Democrats have pledged to make the cuts by 2050, while Labour and Green Parties have committed to slashing emission by 2030.

XR's third goal is to create a citizens' assembly for apolitical decisions to be taken about climate change.

A statement on its website said: "We’re not going to let them back in until they agree to start anew with justice, care and life at the heart of it.

"From September 1 we will peacefully blockade the UK Parliament in London until they promise that the first thing they’ll do is debate our three demands."

Boris Johnson has responded to the threat and insisted the government is tackling climate change.

The PM told LBC's Nick Ferrari: "I think they should be supporting the incredible things this Government is doing to combat climate change and if I were Extinction Rebellion I would be jumping for joy.

"Look at our plans for a green recovery, look at the amazing things we're going to do to get this country making wind turbines, making batteries, the ambition I announced for a 'jet zero' – to be the first country to produce a zero-emission long-haul passenger jet.

"I mean, Extinction Rebellion should look at some of the things this Government is doing to tackle climate change and support us."