EXTRA cops will be deployed on London's streets this weekend after seven suspected murders in seven days.

According to the Met Police, more illegal raves could bring further chaos after a week of horrific bloodshed in the capital. 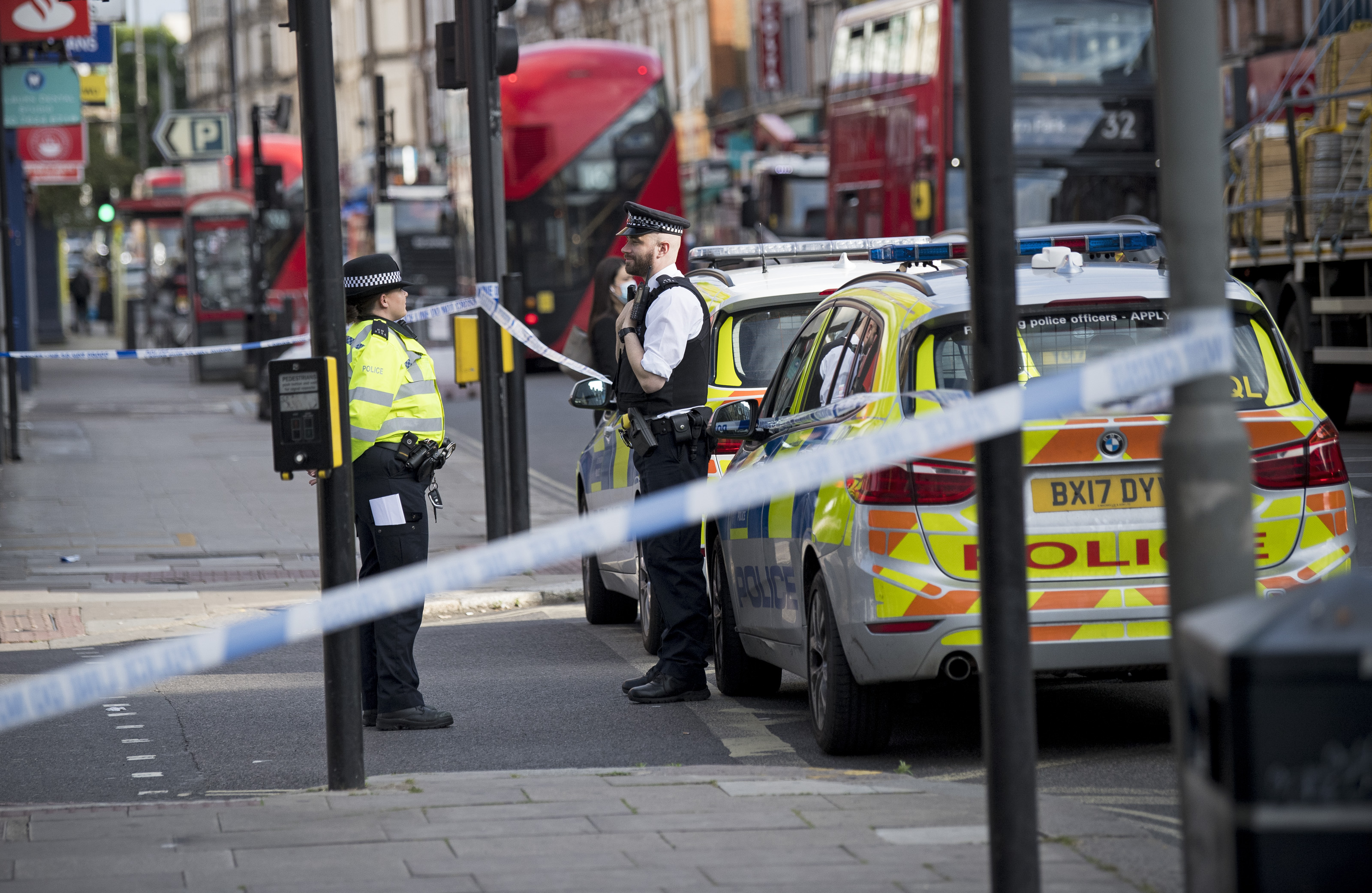 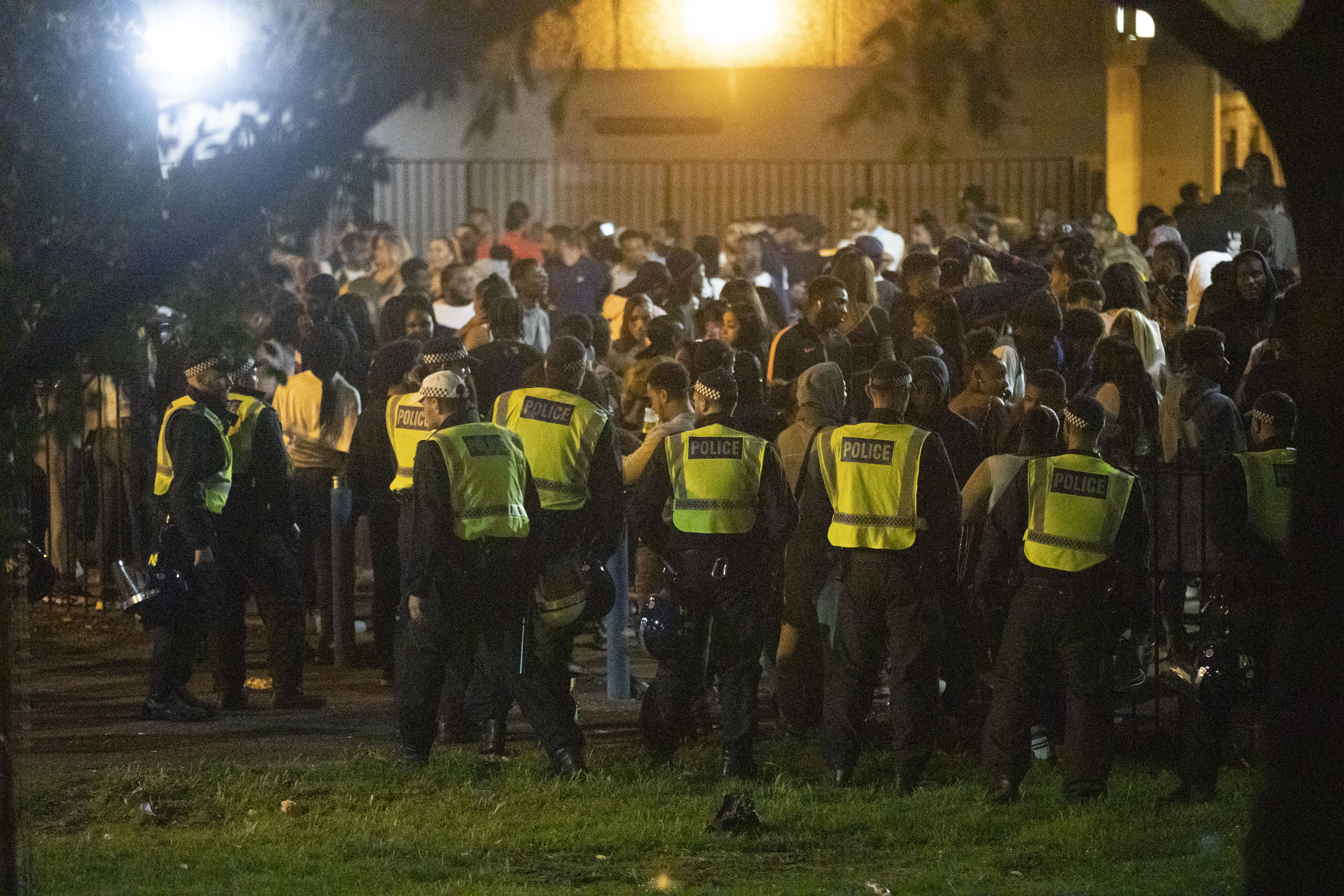 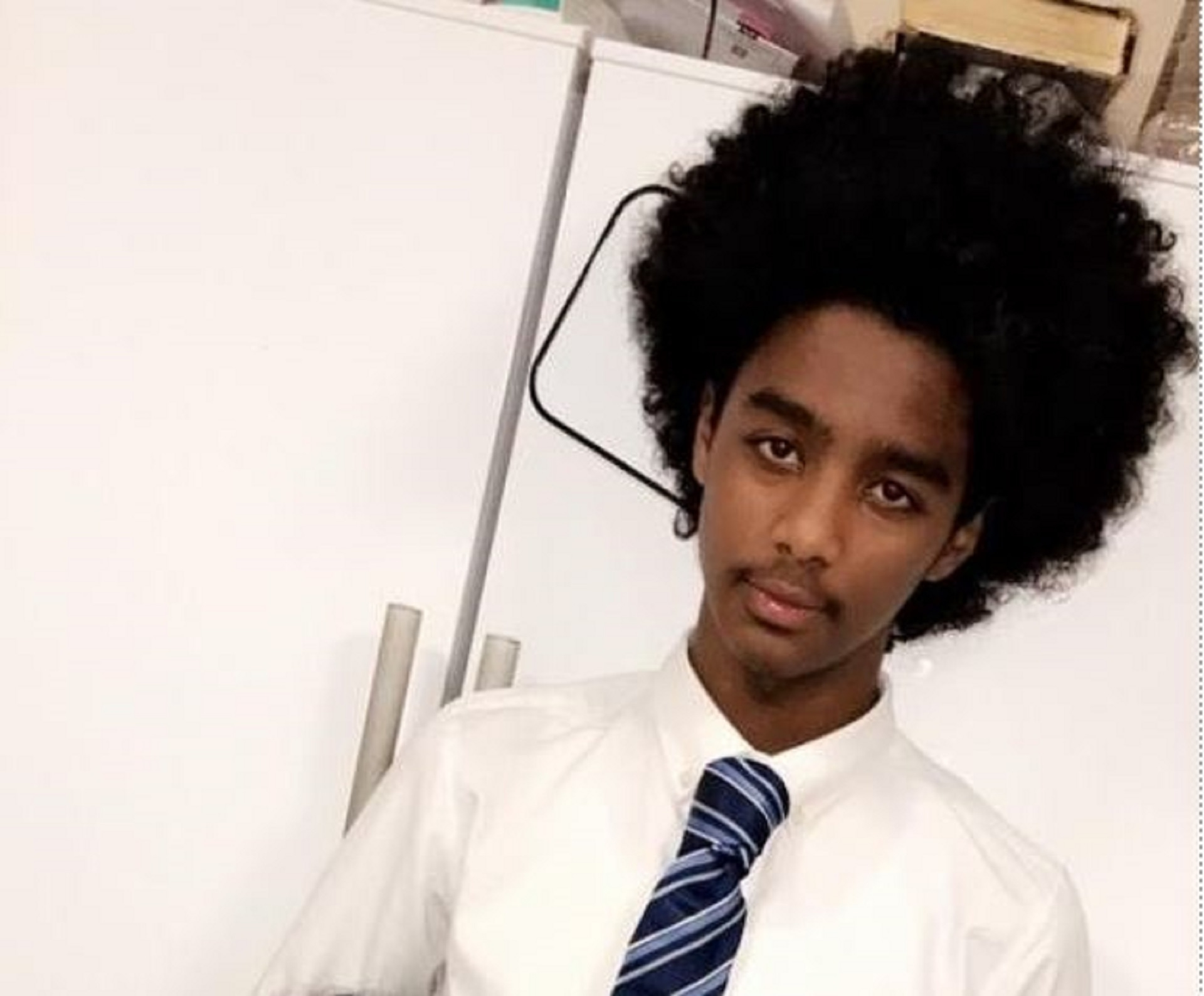 Cops were forced to break up an illegal block party in Battersea, South London last night as hundreds of revellers gathered for a wild rave.

Hundreds flocked to the unlicensed event on Winstanley Estate – one of several across the capital in past weeks.

It comes as Scotland Yard opens a string of murder probes following a week of horrific violence.

Shocking figures released today show that London's crime rate in the past year rose at five times the rate of the rest of England, the Daily Mirror reports.

The threat of further bloodshed and illegal raves has prompted the force to step up their patrol this weekend, with extra resources pulled in from newly formed Violence Suppression units.

In the most recent tragedy, police were called at 4.45am on Friday to reports of four men involved in a brawl in Lytton Avenue, Enfield and one man being put into a vehicle.

Around 5am, officers at North Middlesex Hospital became aware of a man in his 30s, who had been brought in suffering a single stab wound.

He was pronounced dead in hospital.

Three men were arrested on suspicion of murder and remain in custody, police said. 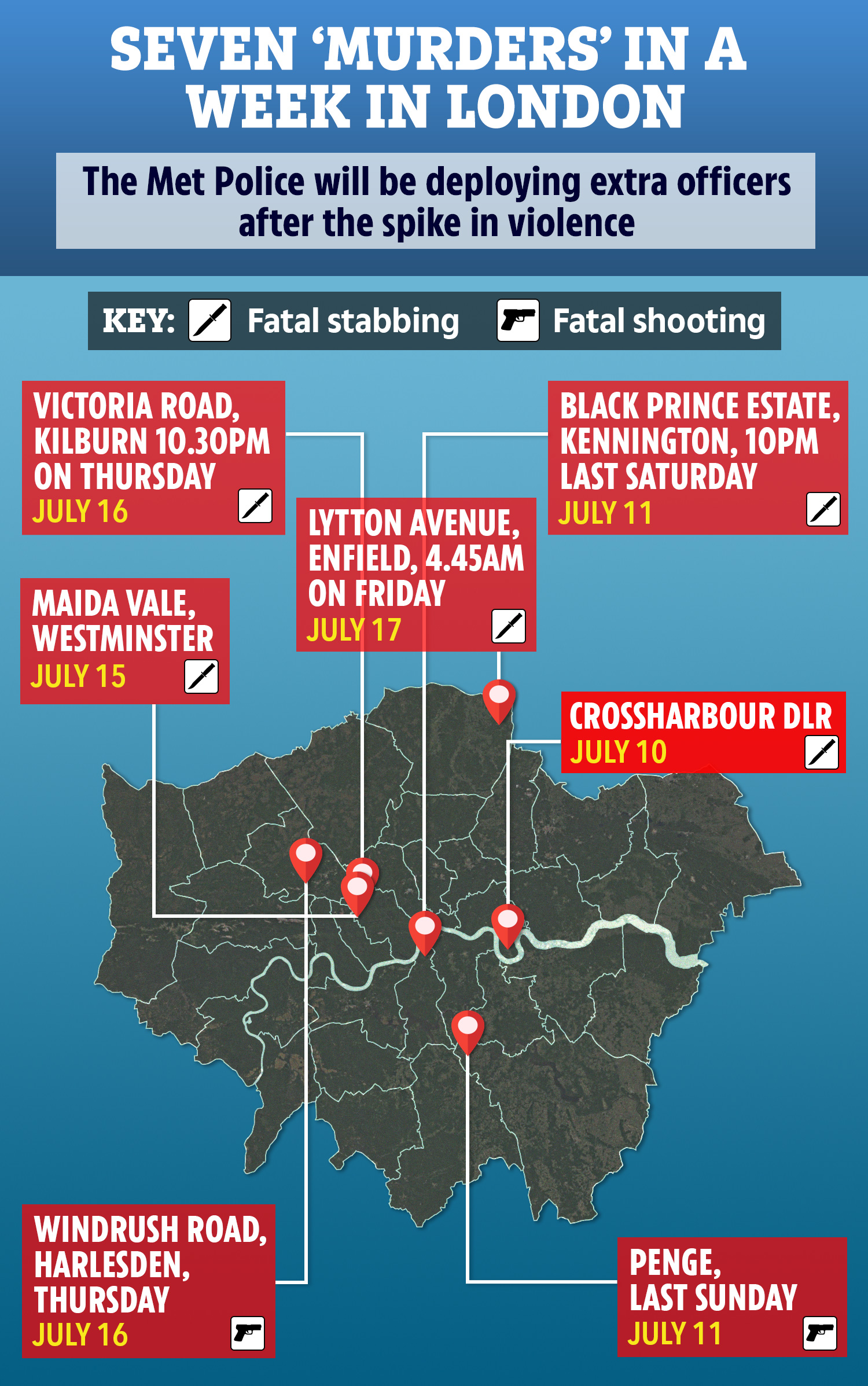 It comes just hours after a murder investigation was launched in Kilburn, North London on Thursday night after a man was stabbed to death.

Police found the victim, in his 30s, collapsed next to a McDonalds, and he was rushed to a central London hospital but died at 10.57pm.

Cops are informing the victim's next of kin and a post-mortem examination will be held.

The Sun also reported earlier this week on the tragic death of 18-year-old Ahmed Yasin-Ali, who was stabbed to death in Maida Vale at around 12.30am on Wednesday.

His heartbroken family have since paid tribute to "our beloved son, brother and friend".

Another young man was shot dead in Harlesden, West London at a "nine-nights" wake attended by over 100 people in tribute to another man who died last week, the Evening Standard reports.

A witness told the paper that a huge group fled the scene at around 3am on Thursday when nine gun shots were heard.

There have been no arrests yet.

Dean Edwards, 43, was also shot in the back of the head while walking through a park just after midnight last Sunday in Penge, South London, police said.

Police were called by the London Ambulance Service at around 2:20am on after a man had collapsed on Croydon Road near the junction of Tremaine Road.

Police are currently appealing for witnesses to any suspicious behaviour in the Betts Park area.

The champion fighter, known as The Nightmare, was knifed near an estate in Kennington, South London at around 10pm on Saturday.

Officers and paramedics tried to stop him bleeding to death but he died at the scene, cops said.

And the night before, Muhammed Samir Uddin, 19, was fatally stabbed near Crossharbour DLR station in South-East London.

Two men have since been arrested in connection with his death, East London Advertiser reports.

DAC Lucy D'Orsi, who is Gold commander this weekend, said: "The past week has seen a number of people who have needlessly lost their lives at the hands of violent criminals – any number of murders is too many but we are very concerned by the recent increase.

“We have also seen an increase in unlicensed music events which, as well as being very disruptive to communities and posing an increased risk of COVID-19 transmission, they have in some cases led to violent incidents affecting both those attending and the officers who have to shut them down.

“Tackling violence is always the Met’s number one priority and we are doing all we can to prevent any further incidents and bring perpetrators to justice." 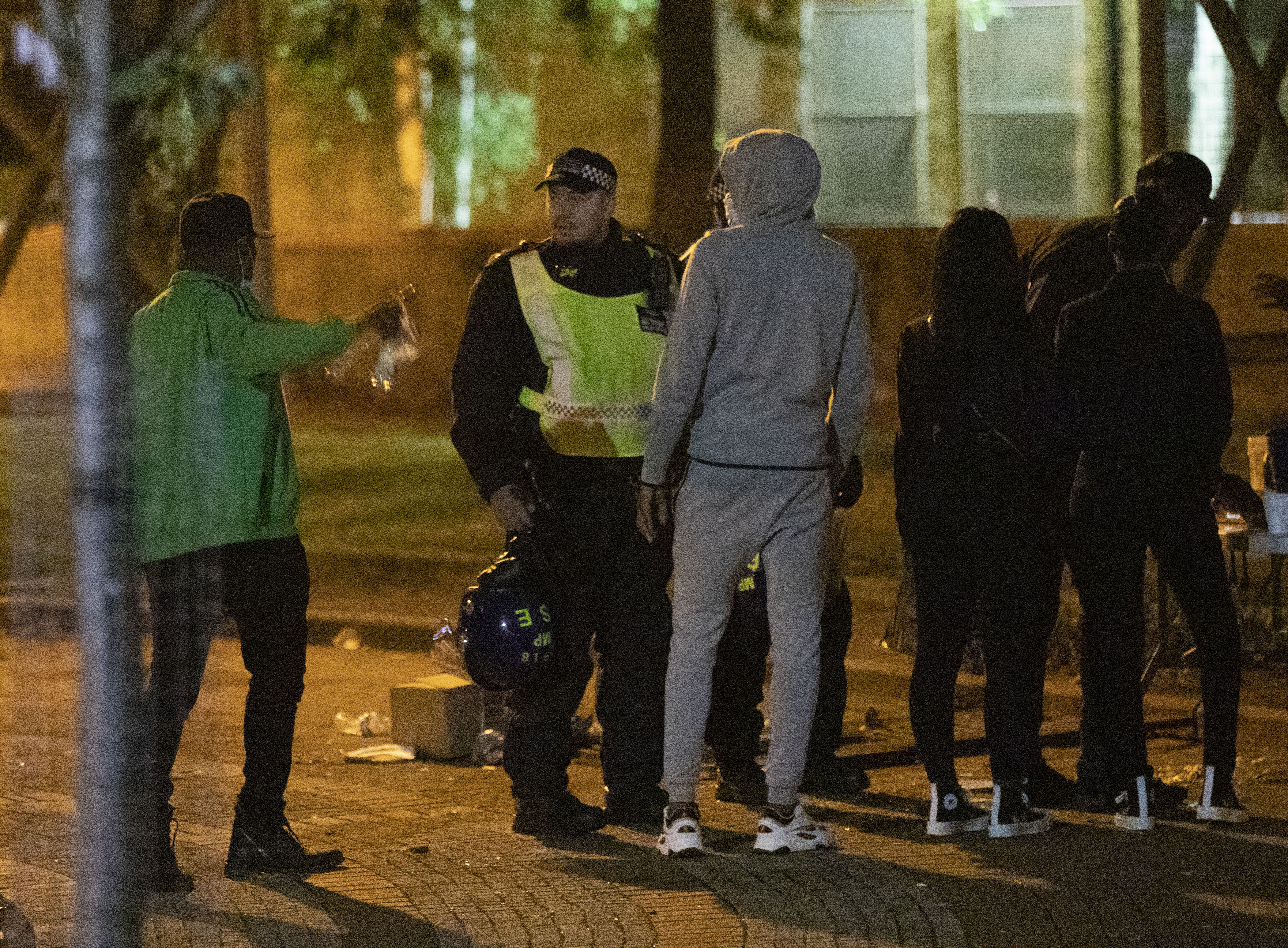 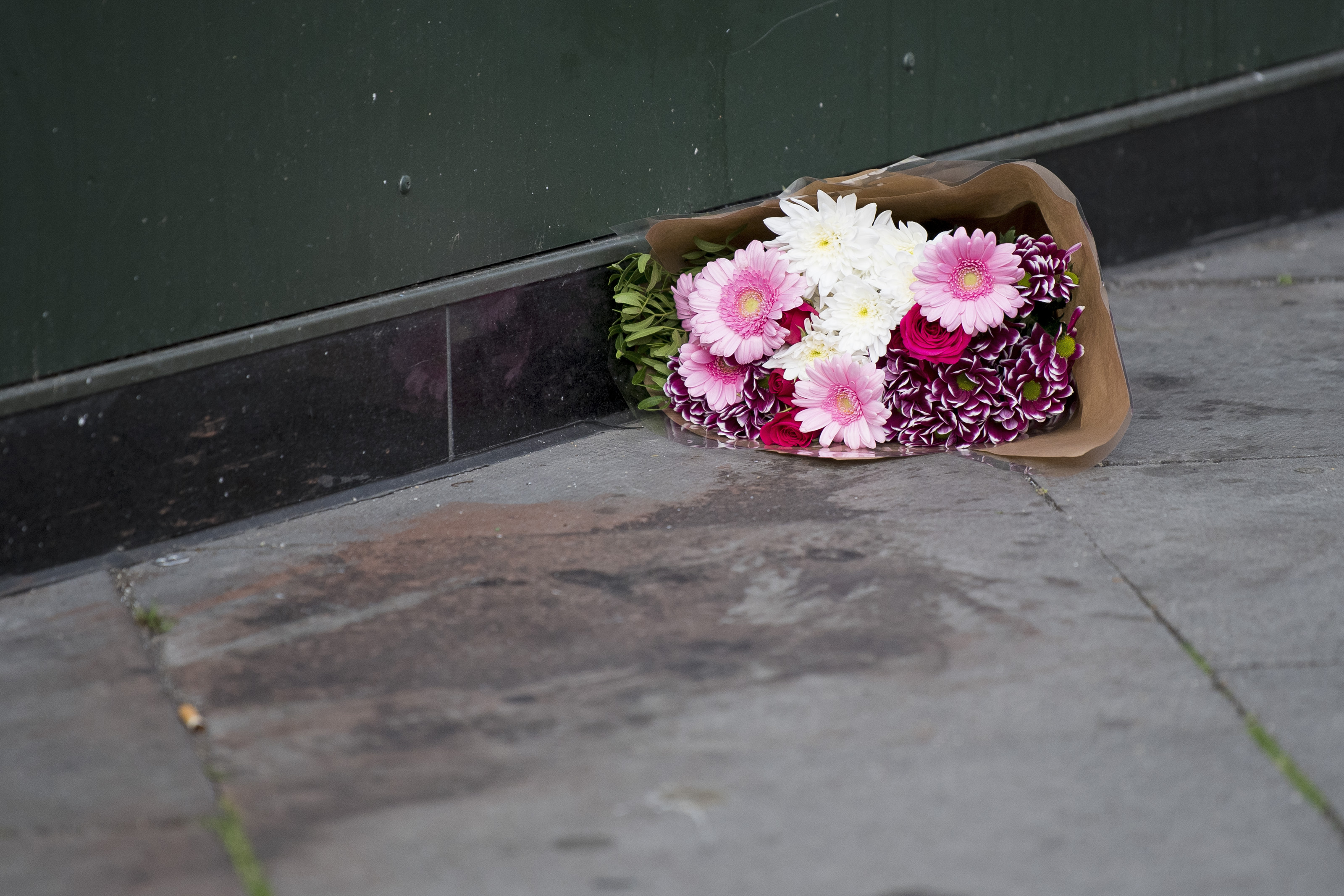 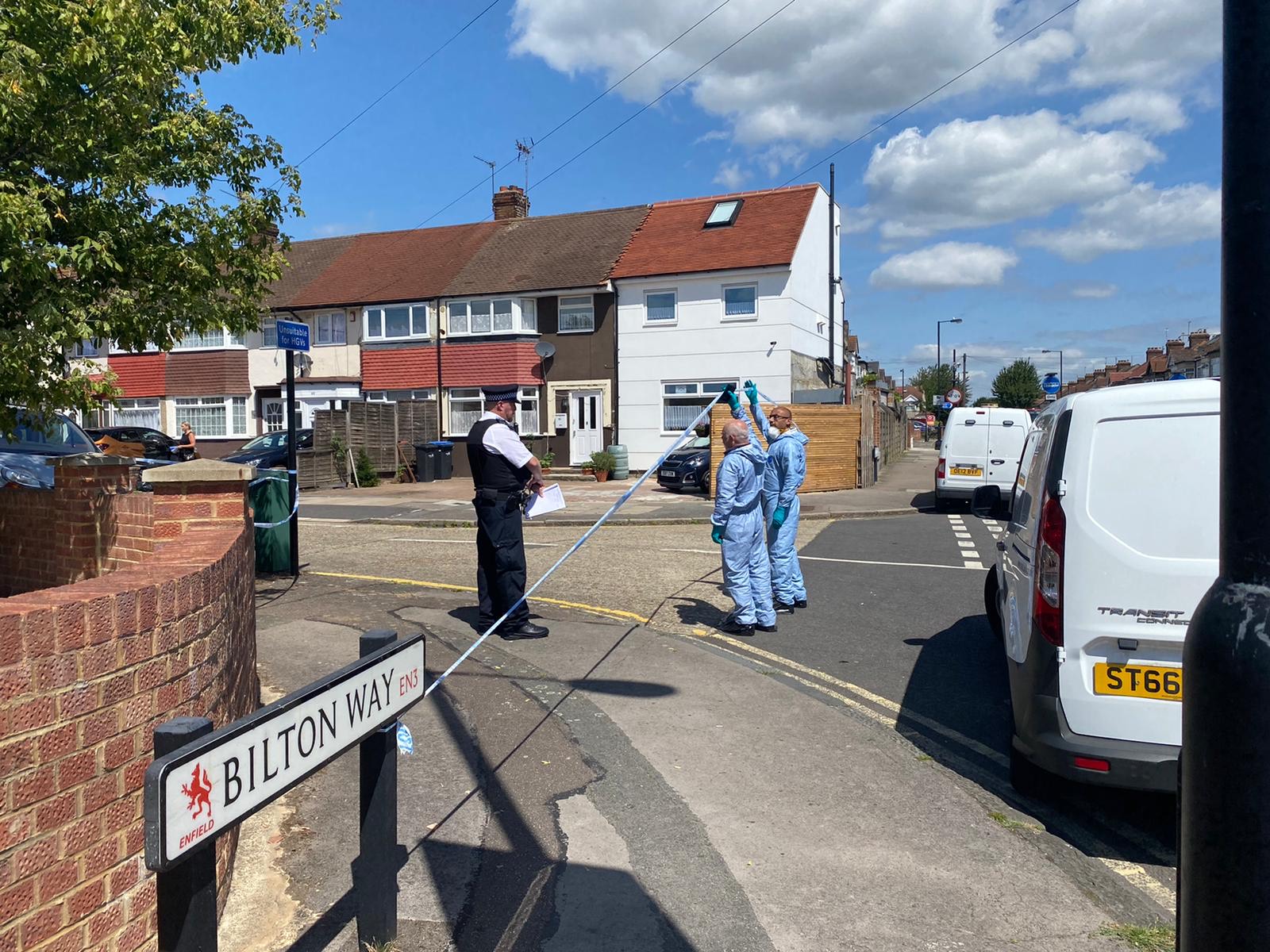 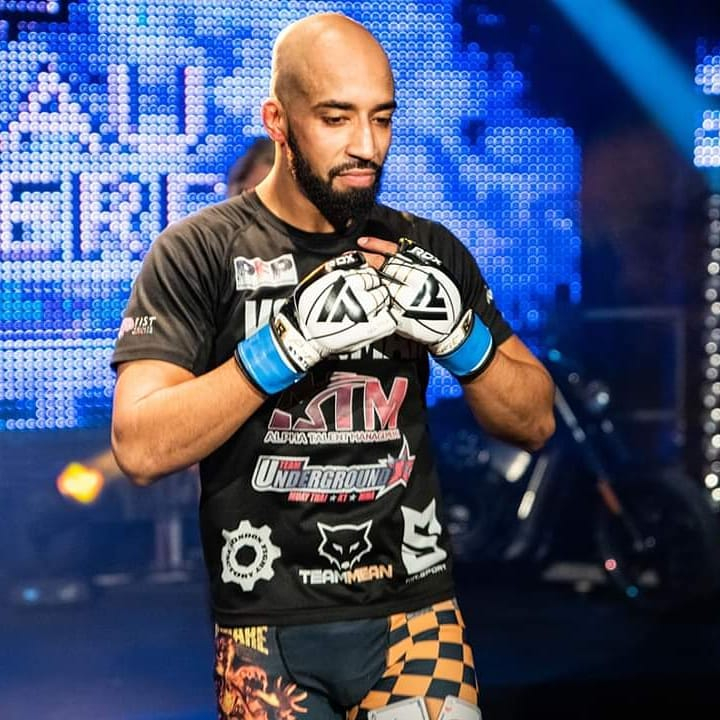 cops, deployed, extra, London, on
You may also like: