Pacific islands, Antarctic bases and secretive North Korea are among the last few places in the world which have not reported a single of coronavirus.

The tropical island of Palau in the northern Pacific is hundreds of miles from its nearest neighbours and has yet to discover an outbreak.

Nonetheless, the country has adopted strict travel restrictions and residents have described scenes of panic-buying even when the virus has not yet arrived.

The Pacific has also acted as a buffer for Samoa, Tonga, Micronesia, the Solomon Islands and the Marshall Islands, which all have kept infections at bay so far.

However, the U.S. territory of the Northern Mariana Islands confirmed its first cases over the weekend, followed by a suspected death on Monday. 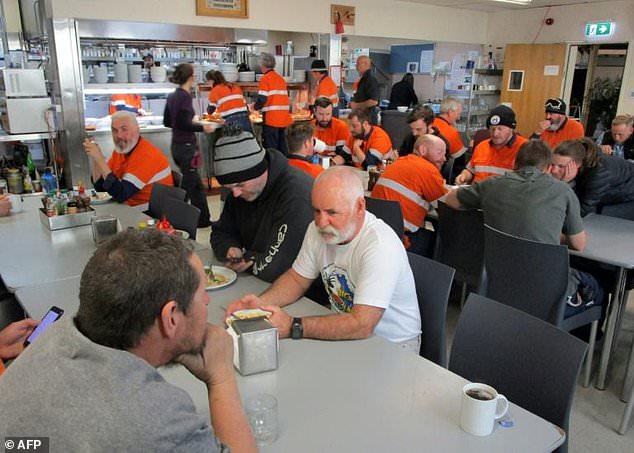 Antarctica: People inside a research station on the only continent which has not yet been affected by the coronavirus pandemic

Inside Australia’s four remote Antarctic research bases, around 90 people have found themselves ensconced on the only virus-free continent as they watch their old home transform beyond recognition.

‘They’re probably the only Australians at the moment that can have a large dinner together or have the bar still open or the gym still open,’ said Antarctic Division Operations manager Robb Clifton.

The bases are now isolated until November, so the group is safe, but Clifton admits ‘the main thing that’s on the mind of expeditioners is how their loved ones are going back home.’

North Korea has portrayed emergency measures as an unqualified success in keeping the virus out, despite sustained epidemics in neighbouring China and South Korea.

But state media also appears to have doctored images to give ordinary North Koreans face masks – raising serious doubts over the regime’s claims.

Some other countries including Turkmenistan have no cases yet, while African countries are still joining the list.

Palau, a nation of 18,000 people, has had several scares including a potential case who was quarantined this week as authorities await results. 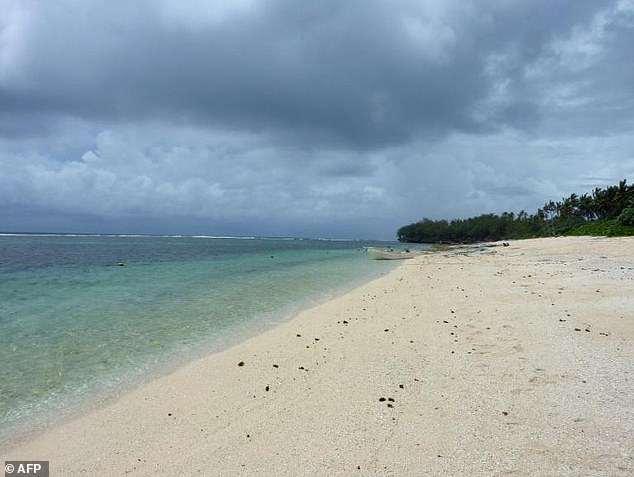 Tonga: The Pacific island of 18,000 people is one of the Pacific nations that has reported zero virus cases, along with Micronesia and Samoa

Klamiokl Tulop, a 28-year-old artist and single mother, is hopeful Palau can avoid the fate of Wuhan, New York or Madrid – where better-resourced health services have been overrun.

But she describes a growing sense of dread, a fear that the virus is coming or could already be on the island undetected.

‘You can feel a rising tension and anxiety just shopping,’ she said. ‘Stores are crowded even more during non-payday weeks.’

Supermarket aisles in the country’s largest town Koror have seen panic buying and there are shortages of hand sanitisers, masks and alcohol.

The islands depend heavily on goods being shipped or flown in, meaning supplies can quickly run low.

United Airlines used to fly six times a week from nearby Guam – which has seen more than 50 cases – but now there is just one flight a week.

‘Look at how bad we coped when shipments were late before this pandemic happened,’ Tulop said. ‘Everyone was practically in uproar.’ 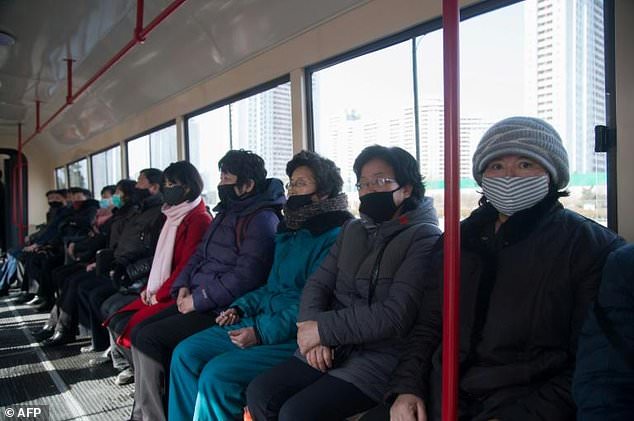 North Korea: The secretive state claims it has no coronavirus cases, despite sustained epidemics in neighbouring China and South Korea

Residents have been practising social distancing. Doctors are waiting for test kits to arrive from Taiwan. The government is building five isolation rooms that will be able to hold up to 14 patients.

‘I would like to be optimistic we won’t get the virus,’ Tulop said. ‘But Palau would most definitely get it. We rely heavily on tourism and most of us even need to travel for work.’

Rondy Ronny’s job is to host big tourist events, but work has already dried up, and he admits to being ‘very anxious’.

‘I have loans and bills and payments due,’ he said. ‘This will definitely put me back, I hope the government will do something about our economy too, to help it recover.’

Palau’s biggest test may yet come with the first positive case.

But even in the most remote corners of the world, the impact of this truly global pandemic is already being felt.