Roger McNamee, who was an early investor in Mr Zuckerberg’s firm, has launched a scathing attack on the social media giant as undercover footage showed its moderators are told to leave horrific content online.

The probe found an image of a child being violently beaten as well as graphic self-harm and racist propaganda.

An undercover reporter for Channel 4’s Dispatches was told by a moderator at a Facebook training centre in Dublin: ‘If you start censoring too much then people lose interest in the platform. It’s all about making money at the end of the day.’ 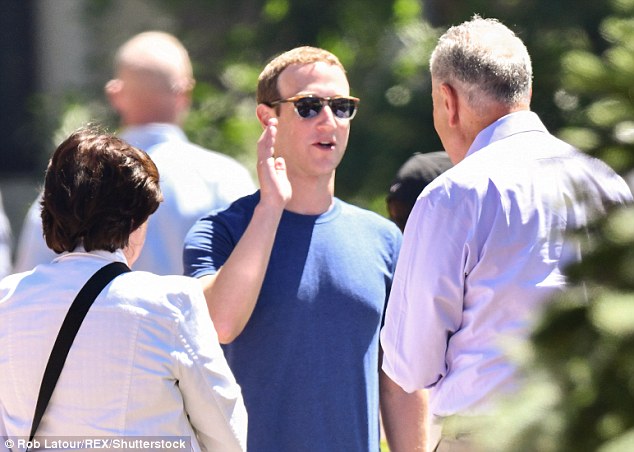 A one-time mentor to Mark Zuckerberg (centre),  Roger McNamee, says for Facebook dangerous content is the ‘crack cocaine of their product’

Mr McNamee said: ‘From Facebook’s point of view this is, this is just essentially the crack cocaine of their product right. It’s the really extreme, really dangerous form of content that attracts the most highly engaged people on the platform.

‘Facebook understood that it was desirable to have people spend more time on site if you’re going to have an advertising based business, you need them to see the ads.’

The Channel 4 footage shows a journalist posing as a moderator in order to understand how the firm polices its platform, which has hundreds of millions of users.

At Cpl Resources, the company used by Facebook for its moderators since 2010, the undercover reporter is repeatedly told that graphic and violent content is allowed to remain on the site – as long as those posting it do not include a description that endorses the image.

Richard Allan, a Facebook spokesman, said: ‘We strongly disagree with any suggestion that turning a blind eye to problematic content is in our interests.

‘Creating a safe environment where people from all over the world can share and connect is core to our business model. If our services aren’t safe, people won’t share and over time would stop using them.’

Of the Dispatches programme, Mr Allan added: ‘It’s clear that some of what is shown in the programme does not reflect Facebook’s policies or values, and falls short of the high standards we expect.

‘Where we know we have made mistakes, we have taken action immediately.’ 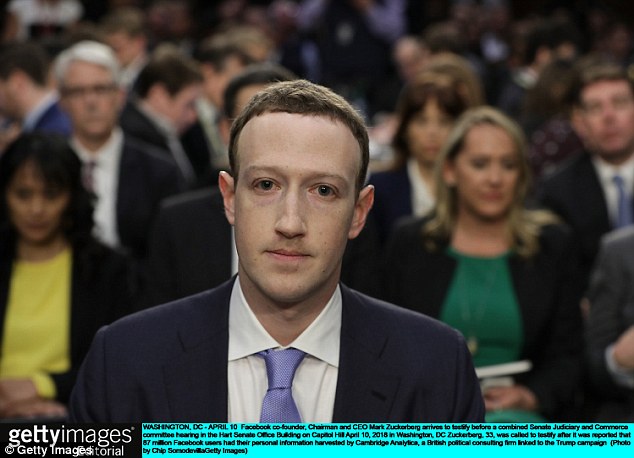 Facebook co-founder, Chairman and CEO Mark Zuckerberg testifies before a combined US  Senate Judiciary and Commerce committee hearing in April