A family in China experienced the shock of their lives after they thought their deceased mother had risen from the dead.

Family members of a 73-year-old in a village in Hebei Province were mourning the loss of the pensioner when they realised she could still be alive.

A video of the funeral shows family members opening the coffin and peering inside. 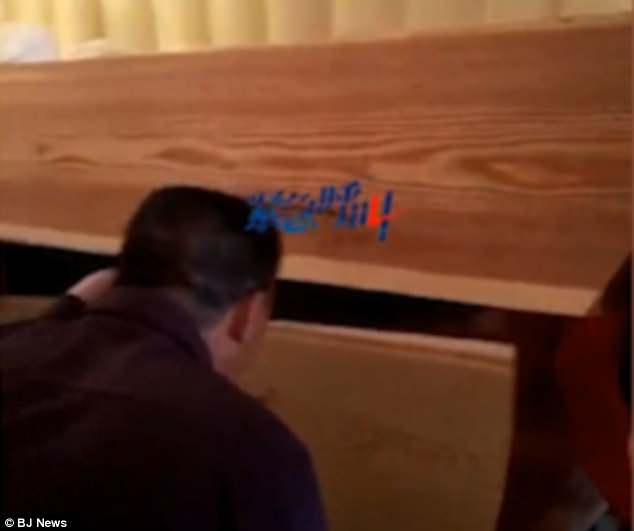 Family members of the woman were seen opening and peering inside her coffin to see if she was alive. Paramedics later confirmed that she was dead and the family was being paranoid

In the video released by BJ News, they were also heard calling her name, hoping she would respond.

Then they insisted that she was still alive and called emergency service.

However, paramedics arrived and confirmed her death. One doctor told BJ News that the corpse had started to decay already.

Hospital records also showed that the woman had been certified dead. 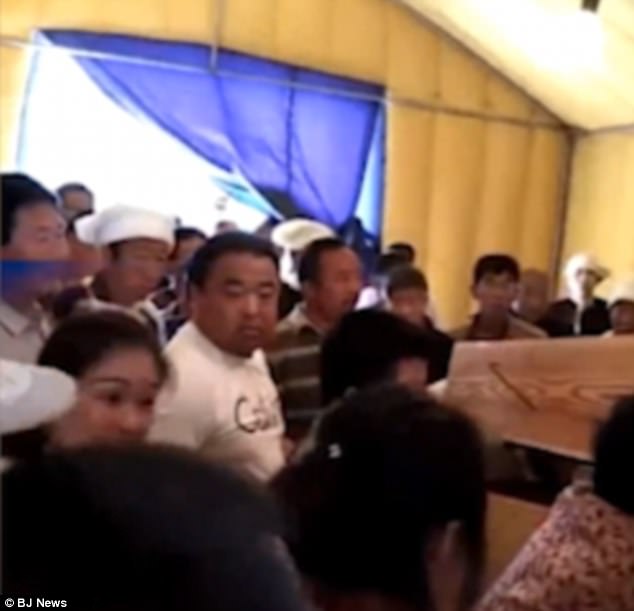 Family members were seen crowding around the 73-year-old woman’s coffin after they thought she could still be alive. They tried calling her name, hoping she would respond

Dr Zhang, who is on the paramedics team at the county’s Yanshan Hospital, said that they received a bizarre call that an old lady had ‘woken up’ in her coffin.

‘When we arrived at the scene, the funeral was in procession,’ Dr Zhang told The Beijing News.

‘The coffin has been opened for a while and they were all peering into it.’

They reportedly reached into the coffin and checked the woman’s pulse.

‘But she was certainly dead – the corpse had even started to smell,’ said Dr Zhang. ‘It’s impossible that she was still alive.

‘They are just being paranoid and imagining things.’