Family suffers triple tragedy on same day as pregnant mother-of-two, 39, collapsed and died on hearing news her brother had died then medics were unable to save baby, inquest hears

A pregnant mother collapsed and died when she heard about the death of her brother in triple tragedy for one family – in just one day – an inquest heard.

Sultana Akter, 39, was 26 weeks pregnant with baby Tayyibah when she collapsed at home in Gloucester when she was told her brother had suffered a heart attack and died hours earlier.

Doctors delivered the baby by emergency Caesarian on March 19 but she could not be saved.

The inquest at Gloucester Coroner’s court heard that Sultana had health problems including Type 2 diabetes and high blood pressure.

On March 19 she was told her brother had died and the mother-of-two started to suffer fainting episodes, the inquest heard.

She later had chest pains and started coughing up frothy phlegm.

Her family called emergency services but when they arrived she was lying on the bed unresponsive. Despite resuscitation efforts she died of natural causes after being rushed to hospital. 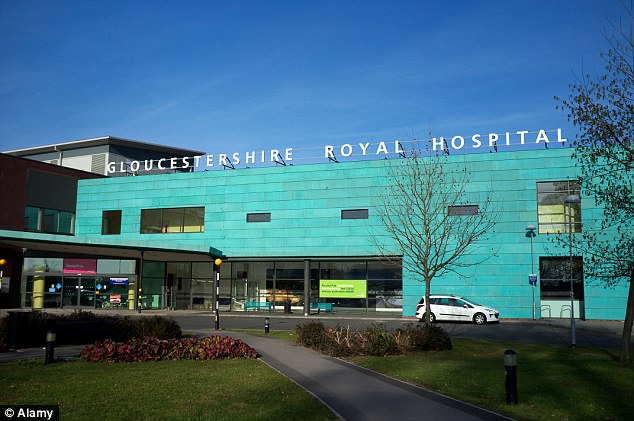 Sultana was just 39 when she was rushed to Gloucestershire Royal Hospital as medics attempted to saver her and her baby. They both tragically died

Tayyibah was delivered by Caesarian section in a bid to save her life but with the expectation that due to being extremely premature she would not be alive, the inquest was told.

The baby made no respiratory effort at birth but a slow heart beat was detected for a very short period of time when she was just 15 minutes old, the inquest was told.

Adrenalin was given but with no increase in heart rate and no signs of life the baby was certified dead four minutes later.

Senior Coroner Katy Skerrett recorded a conclusion of natural causes on baby Tayyibah saying ‘This was a tragic event of a sudden maternal death.’

Mrs Akter is survived by her husband Firuj Alli and their two sons Nabil, 10, and Nahid, 14.

Relatives say Sultana was a caring woman who was desperately looking forward to the birth of her baby after six years of trying for a daughter.

Nabil said at the time of the tragedy ‘I love babies and when I used to ask my mother for a baby sister she’d say ‘you have to pray’.

‘I prayed every day for a sister and until this happened we thought our prayers had been answered.’

Loved ones say Sultana was over the moon to be having a girl and the family had already chosen the name of Tayyibah and bought a little red velvet dress for her to wear.

But at around 7.40am on the morning of Monday March 19 Sultana received a phone call to say her 34-year-old brother had died in Bangladesh. Sultana, one of seven children, was devastated.

Family, friends and neighbours tried to comfort her but she could not stop crying and as the day went on her condition continued worsen.

‘I was at home praying for my mum when it was all happening,’ said her eldest son Nahid at the time.

Sultana’s husband was on holiday in Bangladesh at the time of his wife’s death so his brother went to the hospital where medics broke the news that they had been unable to save mum or baby. 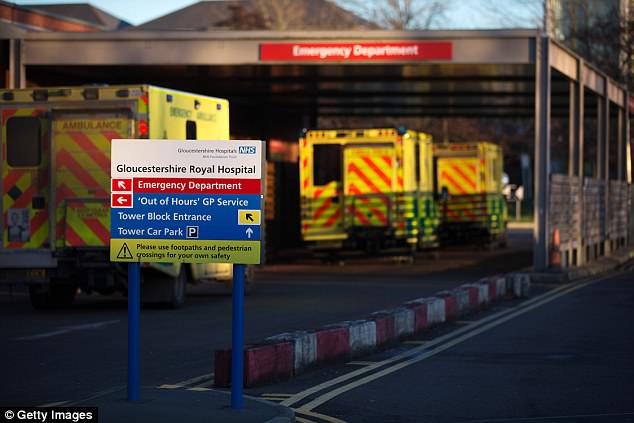 ‘The staff at the hospital were very good,’ he said. ‘They had kept the baby warm and let me hold her for about 45 minutes.

‘She was very beautiful.’

Loved ones decided not to tell Mr Ali the shocking news straight away.

They booked an airline ticket and told the dad he needed to come home early as his wife had been taken ill and told him the truth in stages over the next 36 hours.

The family’s heartbreak was compounded by the fact that they could not hold a funeral shortly after their deaths, in line with Muslim tradition.

Around 500 heartbroken mourners turned out to say farewell at a joint funeral for Mrs Atker and her baby in Coney Hill cemetery, Gloucester.

Mr Ali, who married his wife in 2001, said ‘She was the most caring person. She was a good woman and a good mother.

‘Whenever she went to the shops she would touch the girls clothes and ask Allah to give her a daughter.

‘She had waited about six years to have her baby and having a daughter was a dream come true for her. In the end it wasn’t to be.’