A jealous farm worker has been jailed for 22 years for fatally stabbing his ‘defenceless’ girlfriend 32 times in a ‘vicious and prolonged’ attack because she danced with another man.

Keith Rizzo pounced on Neomi Smith shortly after he spotted her dancing with another man in a pub in Angus, Scotland last June.

Miss Smith was throttled and suffered multiple blunt force injuries during the attack at her flat in Brechin.

Rizzo, 23, lied that care worker Miss Smith, also 23, had been brutally set upon by two mystery attackers who she apparently owed money to.

The farm worker was today given a life sentence at the High Court in Glasgow having been convicted of murder last month. 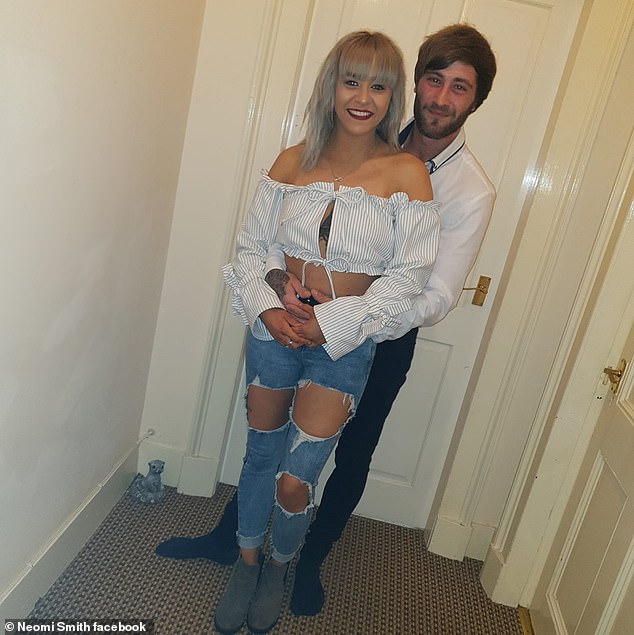 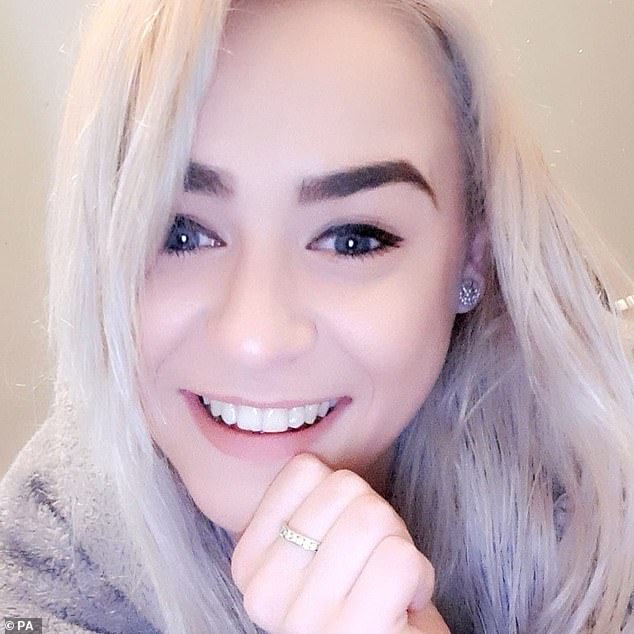 Lady Rae branded Rizzo – who appeared via video-link from prison – a ‘jealous and possessive young man’.

She added: ‘Only you can reveal the precise series of events.

‘What is now known is that you carried out a savage, vicious and prolonged attack on a defenceless young woman in the kitchen of the flat you shared with her.’

The judge said ‘what a price’ Miss Smith had paid for earlier trying to ‘enjoy herself’ at the pub on June 9 2019.

Lady Rae went on to describe Rizzo’s lies as a ‘most fanciful account’.

She told him: ‘All of this showed a callous attitude of someone who has done his utmost to avoid taking responsibility for this brutal crime.’

Jurors heard the couple had got together earlier in 2019.

Rizzo – who already had a domestic abuse conviction in connection with an ex – was violent to his girlfriend shortly into the relationship.

Weeks before the killing, Miss Smith – originally from Aberdeen – told a friend how the thug had choked her until she passed out.

He later had a blazing row with his partner at her flat, smashing a mirrored wardrobe door and then hurling his iPhone at her.

A disorientated Miss Smith was eventually discovered in her stairwell with a large bump on her head.

The trial heard how the pair were then at Brechin’s Hudson’s Bar the night before the murder.

It was there Rizzo sent a table of drinks crashing.

His friend Cameron Saunders recalled how Rizzo stormed out the pub after clocking Miss Smith dancing with another man.

Mr Saunders added: ‘They were bumping bums. They were dancing away for a while when Keith said: ‘that’s enough’.’

Rizzo later claimed his lover had been ‘provocative’ and had ’embarrassed’ him.

Miss Smith was left in tears and was heard stating: ‘This is what I have to put up with.’

She confided in her friend Kayleigh Cameron how she had been suffering at the hands of Rizzo.

Miss Cameron then recalled her final conversation with her.

The witness: ‘I asked her if she was going to be safe. She replied: ‘Yes’.

‘She told me that she would lock the door and would keep her key in, so he could not use his to gain access.’

But, the trial instead heard how Rizzo stomped back from the pub, booted his way into the flat before carrying out the horrific killing.

He choked Miss Smith, used two knives to stab her 32 times and also left her pummelled with the same amount of blunt force injuries.

But, Rizzo soon spun a web of lies to cover up what happened.

He first raced to Miss Smith’s neighbour claiming she had been arguing with ‘someone’ while he was in the shower.

Stephen Alexander dialled 999 and then recalled the bloodbath as Miss Smith was found stricken in her kitchen.

Mr Alexander told jurors: ‘I saw a scene of carnage. There was glass and debris all over the kitchen.

‘It looked as though a battle had taken place. There was bottles of sauce, fruit and vegetables amongst the broken glass.

Paramedic Angela McKenzie recalled the flat being ‘like a horror movie’.

Miss McKenzie said: ‘I can’t even describe it – it was like Leerdammer cheese.

‘It was full of holes – the back of her head and her neck. I gave up counting how many holes there were.’

Rizzo’s mother Frances then visited her son in Perth prison a week later while he was on remand.

He gave a bizarre account of how two men took turns to stab Miss Smith after the couple returned home.

Rizzo said he had pleaded with the pair to empty his bank account if they were owed money.

But, he insisted the mystery pair killed Miss Smith adding: ‘This is not the first time we have done this.’

The trial, heard, however there was no sign on CCTV of the so-called attackers.

In his speech to the jury, prosecutor Duncan McPhie branded the story ‘far-fetched’ and ‘incredible’.

Donald Findlay QC, defending, today told the court: ‘He does not accept playing any part in the death of this young lady.’