Farmer tells inquest it wasn’t his fault that his cows stampeded along public footpath and killed primary school teacher, 61, in front of her horrified family

A farmer has insisted he had a ‘good plan’ for moving the cattle which stampeded along a public bridleway and killed a primary school teacher in front of her horrified family.

Alistair Nixon gave evidence today in the inquest into the death of Marian Clode, 61, who was hit three times by the lead cow before she was flipped ‘like a ragdoll’ over a fence in Belford, Northumberland.

Mrs Clode and her family, from Hyde in Manchester, had been on a country walk when about 15 cows, that had broken away from a herd that were being moved into a field, appeared in their way.

The hearing in Newcastle was told the planning of the operation to move 32 cows and calves from their winter sheds on Swinhoe Farm, Belford, north Northumberland, on the day of the incident on April 3 2016, would be key evidence for the jury. 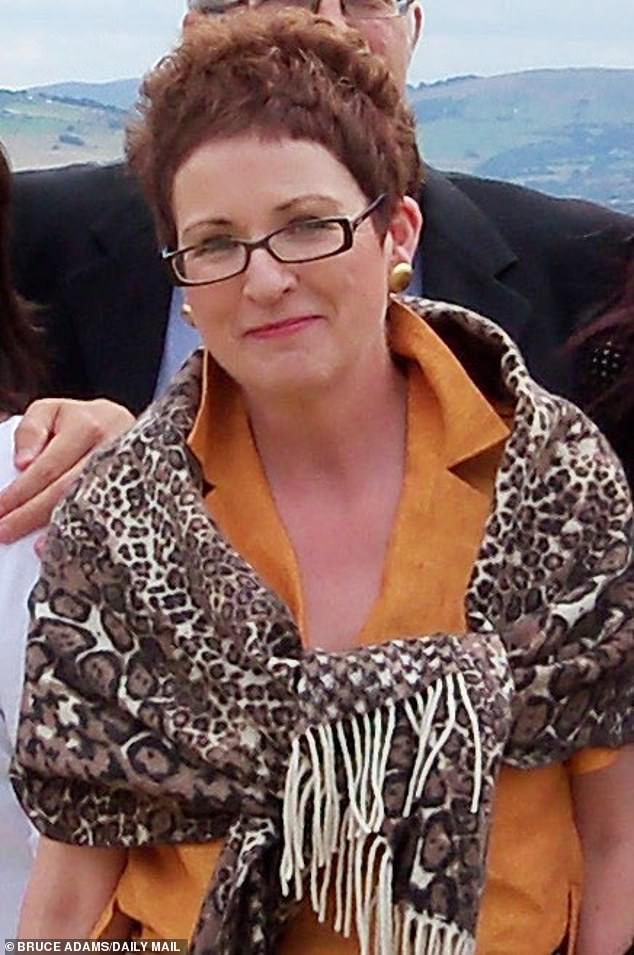 Marian Clode, 61, (pictured) was thrown into the air ‘like a rag doll’ as her family scrambled to safety over a barbed wire fence in April 2016

Mr Nixon, a partner in the farm, said that he had developed and used the same plan over ’40 years’ but accepted that he could have done things that would have minimised the risk.

He added that it was ‘very unlikely’ for placid cattle to become aggressive and that cows were ‘unpredictable’ but he was unable to close the public footpaths.

He was asked by Newcastle coroner Karen Dilks: ‘Would you accept mistakes were made in the implementation of the plan to move the cattle?’

Mr Nixon replied: ‘Well we used a plan developed over 40 years without any incident.

‘I think with hindsight we could all do things differently but at the time I thought we had a good plan that reduced the risks.’

Mr Nixon was also asked about the likelihood of cattle becoming dangerous to members of the public. 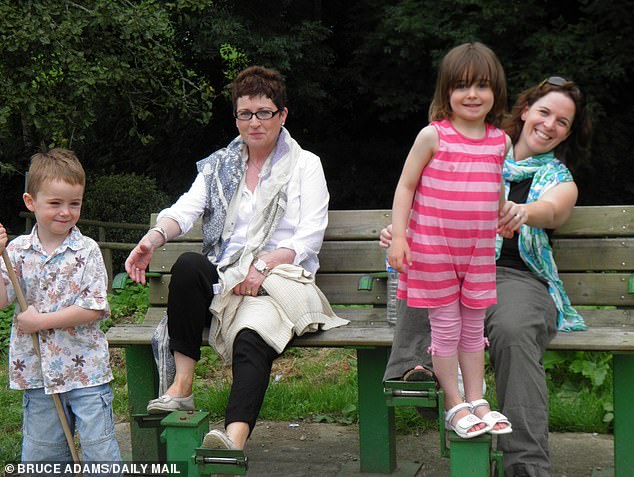 He said: ‘It is very unlikely for placid cows to become aggressive. I accept cows are unpredictable and we cannot guarantee they will come into contact with walkers.

‘I cannot close the footpaths but we try to minimise the risks.’

The cattle were released from their winter shed for the first time on the day Mrs Clode was killed.

She and her family had been staying in a holiday cottage at Swinhoe and were returning there after walking to a local beauty spot, St Cuthbert’s Cave, on the afternoon of April 3rd.

Mr Nixon said that before releasing the cattle from their holding pens he rode up the path, over the brow of the hill, to check whether there were any walkers on the public footpath.

He saw no one and returned to the cattle with the plan to ride in front of them on a quad bike just in case any walkers appeared.

But up to 15 animals broke free and thundered along the path, over the brow of the hill and directly at Mrs Clode, her daughter Lucy Rowe, son-in-law Kevin Rowe and the couple’s two children aged seven and eight. 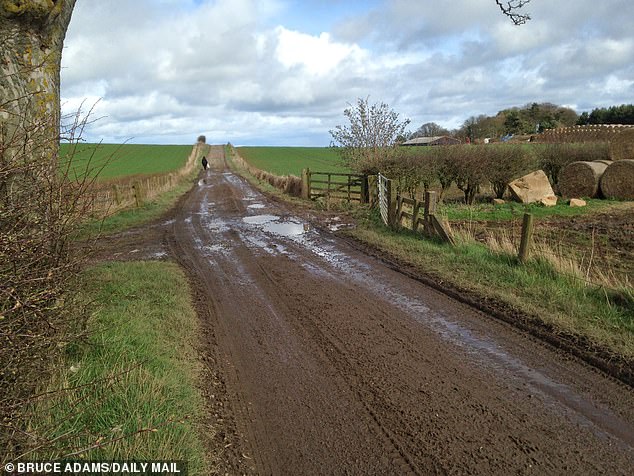 Public Bridle path near Belford, Northumbria, where the incident occurred 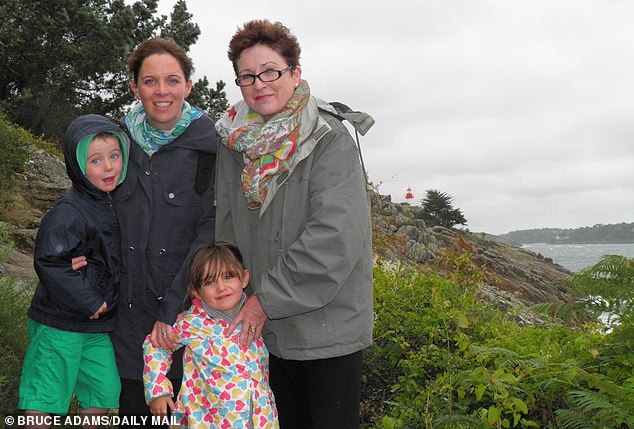 Mr Nixon was asked by the coroner: ‘Would you acknowledge there was a risk that members of the public would be on that route?’

He replied: ‘Yes.’ She then asked whether if he had stationed a farm worker on the brow of the hill looking down towards the public footpath the incident could have been avoided.

He again replied: ‘Yes.’ Mr Nixon further acknowledged that cattle can be excitable when they are let out of their winter sheds for the first time at the start of spring.

He said he had never had cattle break away from him in the way they did in that area before in all the time he had farmed there.

Mrs Clode, who was born in Derry, Northern Ireland, but lived in Ashton-under-Lyne, Greater Manchester, had been enjoying her Easter holiday at a cottage the family had visited twice before. 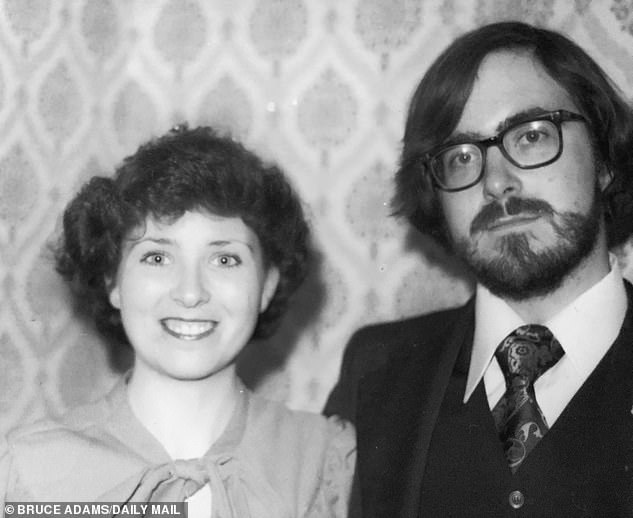 Marian and Chris Clode on their wedding day in 1976. Clode died after being crushed to death by a herd of cattle, on a public bridle path, whilst she and her family were out walking near Belford

They had been on a ‘figure of eight’ walk which had been publicised by the local council as an attractive walk for visitors to the area.

Reliving the incident, Mrs Clode’s daughter Lucy said: ‘My mum was leading the walk at that point. We were about two minutes away and I think she just wanted to get back and get settled.

‘As the cattle came over the brow of the hill I could see Kevin literally throw the children over the barbed wire and I could see my mum, who was in the most danger, stand to the right hand side and tuck herself under the gate by a tree. She had no time to do anything.

‘I got over the fence, I cut my knees on the barbed wire. They were running very very fast and we were trying to get out of danger.

‘The lead cow, this big black cow, slowed down, so they all slowed down. It must have caught sight of my mum.

‘Before the first charge my mum knew it had seen her and was going to attack her – she screamed. That was the last thing she ever said.’

The inquest heard that Ms Clode was airlifted to Newcastle’s Royal Victoria Infirmary, where she died on April 5 2016.

A statement from Mrs Clode’s family said the mother-of-three was a ‘hardworking and dedicated teacher’ who ‘lived for her family’ and ‘adored and doted on her four grandchildren’.

They said: ‘It’s heartbreaking she never got to see them grow up, or meet her fifth grandchild.

‘The events of April 3 2016 cut her life short in the cruellest possible way. Her life was over in an instant, and the lives of her family were changed forever.’

The inquest, scheduled to last until Friday, continues.

farmer, inquest, It, tells, wasn&a
You may also like: