Father ‘too proud’ to talk about mental health problems hanged himself 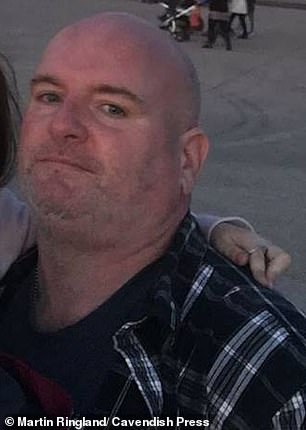 Mr Ringland was ‘too proud’ to seek help

A father-of-two who was ‘too proud’ to talk to his family about his stress and anxiety hanged himself after he refused to accept medication, an inquest heard.

Martin Ringland had been suffering with depression but ignored advice from loved ones to seek help and turned down treatment from his GP.

The 47-year-old, a site supervisor for a property management firm, told loved ones he believed his job was ‘under threat’ but said he did want to talk about it.

When his former partner Lynsey Dust advised him to get help for his depression he refused.

Mr Ringland was found hanged at his home in Burnley, Lancashire on May 14 after sending a ‘lengthy’ goodbye email to Miss Dust.

The ‘amazing father’ had enjoyed days out with his ex-girlfriend and children just days before his death, the inquest heard. 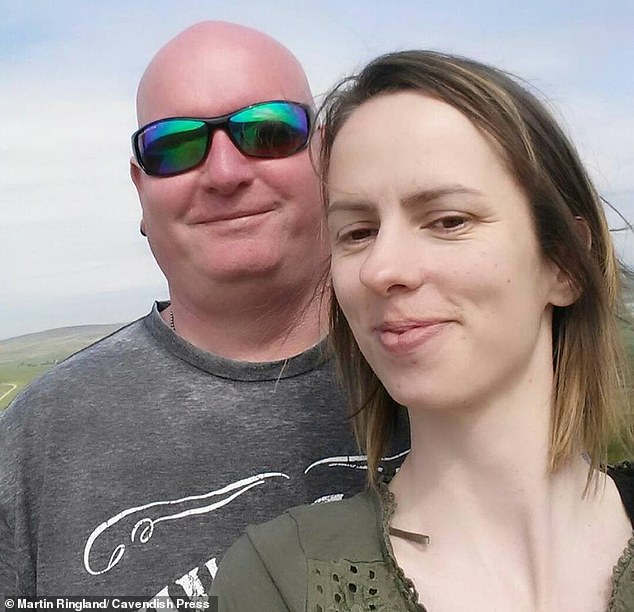 Miss Dust told the inquest she had known Mr Ringland for some 21 years during which time they had two children together, but they separated four years ago.

In a statement she added: ‘I noticed a change in him in March this year. He thought his job was under threat but he did not want to talk about it.

‘Over the Easter bank holiday we went on some days out to Safari Zoo and Blackpool with the children. As we were coming back from Blackpool down the motorway I was very concerned as I thought he was trying to get out of the car.

‘On the day of his death I saw his email after about an hour after it had been sent and the intention was quite clear. As soon as I saw the email I tried to contact him and drove to his home and then found him in the property.

‘He had indicated in the past that he wanted to end things but this was more determined.’

Mr Ringland visited his GP two weeks before his death with concerns over stress but told the doctor he had no thoughts of self-harm and did not want any medication.

‘By the time that his former partner had received the lengthy message on her phone, he had clearly reached a decision. It was not just a spur of the moment thing, he had made a determined effort.’

Paying tribute in an online obituary, Mr Ringland’s family said he ‘loved his job’ and was popular in his workplace.

He was described as a ‘proud Scotsman who always remained loyal to his football team Celtic and always kept up to date with the Grand Prix.’

They added: ‘Martin was a truly amazing dad to his son and the best daddy in the world to his little princess. He loved to spend time with them enjoying days out and enjoyed family days out.

‘Martin was amazingly proud of his son’s academic achievements and glowed with pride when he got his place at Aberystwyth University.’