A federal judge ripped into Jeffrey Epstein cohort Ghislaine Maxwell for misleading the court on her marriage and wealth in a scathing decision denying her release on a $28.5 bail package.

"The defendant now argues that her newly revealed relationship with her spouse signals her deep affective ties in the country, but at the time she was arrested, she was not living with him and claimed to be getting divorced," wrote US District Judge Alison Nathan of Maxwell’s mysterious marriage to tech CEO Scott Borgerson in newly unsealed court papers.

After Maxwell’s July bust, she was denied release to home confinement on a $5 million bond and refused to disclose the name of her secret husband.

But in the 58-year-old’s renewed motion for bail, her attorneys argued that the couple had lived an idyllic and devoted life in an oceanfront mansion in Manchester, Mass., supporting her claim of strong family ties to the country.

Prosecutors countered that she told pretrial services that she and Borgerson, 43, planned to split up. 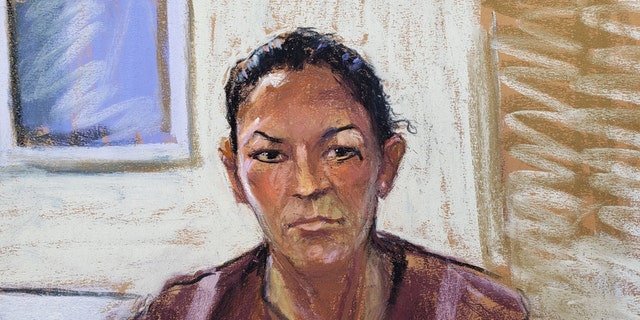 Ghislaine Maxwell appears via video link during her arraignment hearing where she was denied bail for her role aiding Jeffrey Epstein to recruit and eventually abuse of minor girls, in Manhattan Federal Court, in New York City, July 14, 2020.
(REUTERS/Jane Rosenberg)

The judge pointed out in the new papers that at the time of Maxwell’s arrest, she was hiding out on a sprawling compound in New Hampshire — not holed up with her hubby. Nathan’s denial of Maxwell’s bail proposal was disclosed Monday but the full 22-page ruling wasn’t unsealed until Wednesday.

Further, Nathan said, were Maxwell to be released, the British socialite proposed living with a friend, not Borgerson "undercutting her argument that that relationship would create an insurmountable burden to her fleeing."

In another blow to Maxwell’s bid for freedom, the judge called her out for a "pattern of providing incomplete or erroneous information to the court or to pretrial services."

The accused child abuser claimed at the time of her arrest she was worth just $.3.5 million — leaving out Borgerson’s assets and those that had been transferred to a trust. In her latest financial disclosures, she admitted that she and Borgerson’s net worth was about $22.5 million.

The vast disparity between the two figures "makes it unlikely that the misrepresentation was the result of the defendant’s misestimation rather than misdirection," Nathan wrote.

"That lack of candor raises significant concerns as to whether the court has now been provided a full and accurate picture of her finances."

GHISLAINE MAXWELL ONLY WANTED TO DIVORCE HUSBAND TO 'PROTECT' HIM, LAWYERS CLAIM

It isn’t just Maxwell’s wealth that is a concern, the judge said. She has "demonstrated an extraordinary capacity to evade detection" even if the purpose was to dodge press, as her lawyers have contended, and not law enforcement, Nathan wrote.

Maxwell’s international ties and multiple foreign citizenships, including the United Kingdom and France, weighs in favor of her continued detention, the decision states.

The daughter of late media titan Robert Maxwell is charged in a six-count indictment in the Southern District of New York with recruiting three girls to be sexually abused by Epstein in the ’90s, then lying about it. She has denied the allegations

She has been locked up at the Metropolitan Detention Center in Brooklyn for over five months and has railed against the unbearable conditions that she says have left her undernourished and sleep-deprived.

This report originally appeared in the New York Post.