Terrifying footage has emerged of the moment a vintage plane crashed in South Africa, leaving two people dead and three Australians among the injured.

The video, filmed on an iPhone by a passenger at a window seat and obtained by News Corp, shows flames and smoke spluttering from an engine as the plane makes a ragged descent.

Then, speaking in Afrikaans just before impact, a man exclaims "Geez, this is going to be bad".

The screen goes black as a boom and crunching sounds are heard, followed by some voices and groans – and a command to get out.

The phone, no longer being used to deliberately film, captures the confusion, mostly in audio, as people scramble to exit the wreckage.

Australians Ross Kelly and Douglas Haywood, both long-serving Qantas pilots, were flying the vintage Convair CV-340 on a test flight with 19 people on board when they ran into trouble shortly after take-off from from Wonderboom Airport, north of Pretoria.

The 64-year-old plane crashed through a building before ending up in a field, around 4.30pm Tuesday local time (12.30am AEST on Wednesday, July 11).

A South African technician was killed on impact, and a second person died later from injuries obtained on the ground.

The two pilots, who both had 30 years experience flying for Qantas, were seriously injured and placed in induced comas. Fairfax Media understands their condition has since improved.

"We were deeply upset to learn that two Qantas pilots, one current and one retired, were on board the vintage aircraft involved in an accident in South Africa on Tuesday," a Qantas spokesperson said last week. 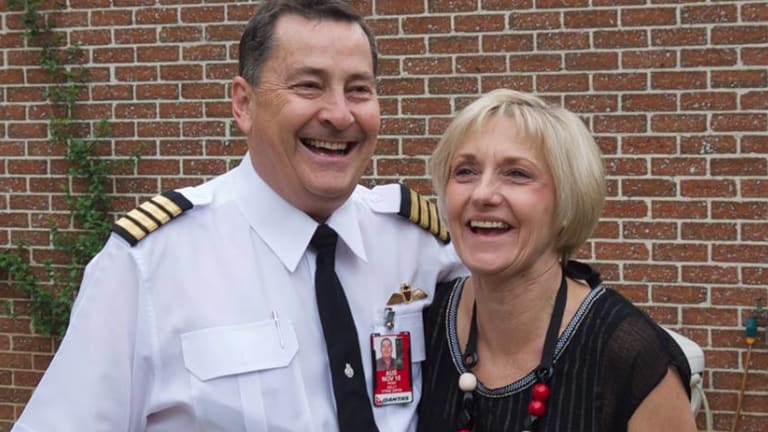 Ross Kelly and his wife Lyndal were both on the plane that crashed.

Mr Kelly's wife was the third Australian injured, initially reported in a critical condition. It's unknown whether her condition has improved.

A team of investigators from the South African Civil Aviation Authority is investigating the cause of the crash, with a report set for release within 30 days.