First ever photo of Mecca taken by Dutch explorer sells for £200,000

First ever photo of Mecca taken in 1888 by a Dutch explorer who spied on locals after duping them that he had converted to Islam sells at auction for $250,000 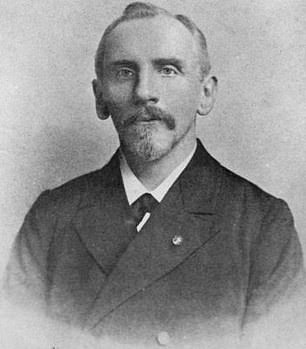 The first ever photo of Mecca taken by a famous Dutch Orientalist who spied on locals after duping them he was a Muslim convert and gaining access to the holy city, sold at Sotheby’s for £212,000.

Christiaan Snouck-Hurgonje’s ‘Mekka’ and ‘Bilder aus Mekka’ are two volumes written during his year-and-half working at the Dutch consulate in Jeddah in the mid-1880s.

Snouck-Hurgonje’s academic background in Islamic scholarship made him an ideal candidate for the Dutch to deploy him to spy on Indonesian nobility residing in the Gulf.

Indeed, his house in Jeddah was strategically close to that of a renowned nobleman from Aceh the Dutch wanted to keep tabs on.

At the time the Dutch East India Company was expanding into Indonesia and required intelligence on the powerful Indonesians travelling to Mecca, as well as a greater understanding of Islamic customs.

Despite Snouck-Hurgonje’s writings to friends he had fooled the locals into thinking he was a convert, he was nonetheless a passionate scholar and threw himself into the lifestyle.

He was so successful he became the first Western scholar to be granted access to Mecca. 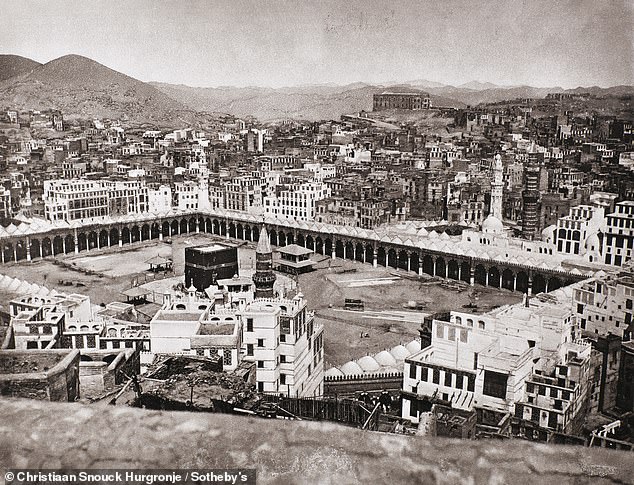 The first picture of Mecca taken by Christiaan Snouck-Hurgonje in around 1885 – the book ‘Mekka’ sold at Sotheby’s for £212,500 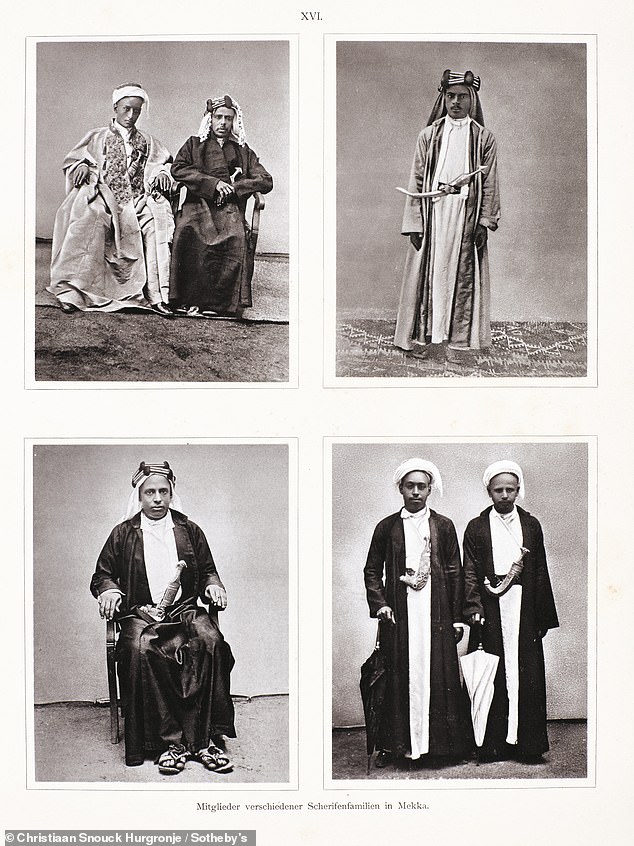 His fascinating images show pilgrims from Indonesia on the road to the holy city, servants, eunuchs and their masters, as well as pilgrims with their camels.

His writings include details on the day-to-day lives of Meccas inhabitants and document the practices of the Indonesian Ulema.

The Indonesian Ulema – a council of Islamic scholars – was of particular interest to the Dutch East India Company.

Among Muslim people who Snouck-Hurgonje spent time with – both in the Middle East and Indonesia – he was referred to as Abdul Ghaffaar.

And as an Islamic scholar, the locals even sought his counsel on religious and social matters.

However, before the beginning of Hajj – which would have no doubt fascinated Snouck-Hurgonje – he was forced to scarper by rumours spread by the French Embassy that he was stealing ancient artefacts, Eurasia Review wrote.

Open returning home he was able to complete his work and he soared to fame worldwide as an eminent Orientalist.

Later in his career he would work in Indonesia and receive the hospitality of those he had met while in Mecca. 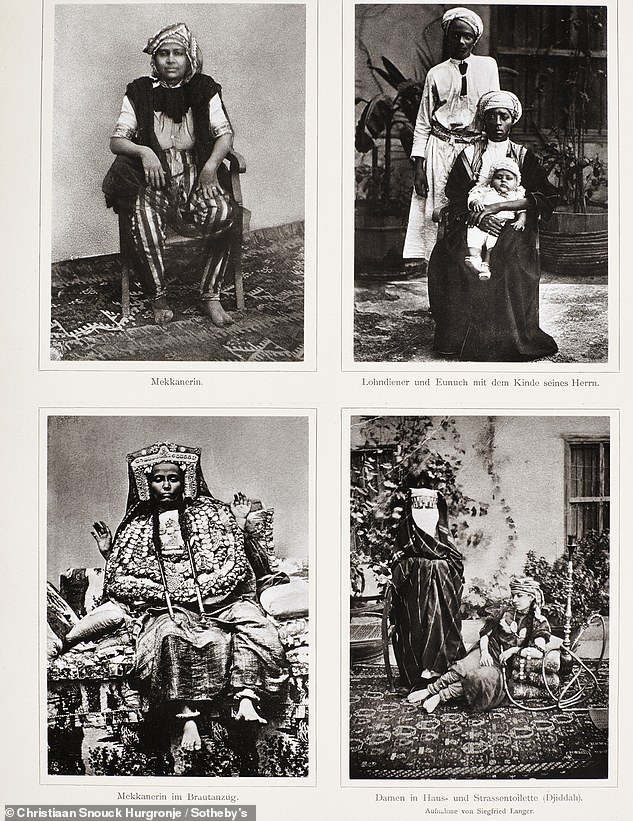 A eunuch and a servant are seen with their master’s child (top right) and a woman holds a shisha pipe as she lounges on the floor (bottom right), along with other intriguing images

And in the Aceh War from 1873 – 1914, Snouck-Hurgonje provided advice to the Dutch on how to crush the locals.

He is therefore considered a complex historical character, with many believing he only ever masqueraded as sympathetic to Islam, while exploiting his knowledge of it.

Snouck-Hurgonje had studied theology at Leiden University before learning Arabic and specialising in Islam.

And on his return to the Netherlands he spent the rest of his days toiling as an academic. 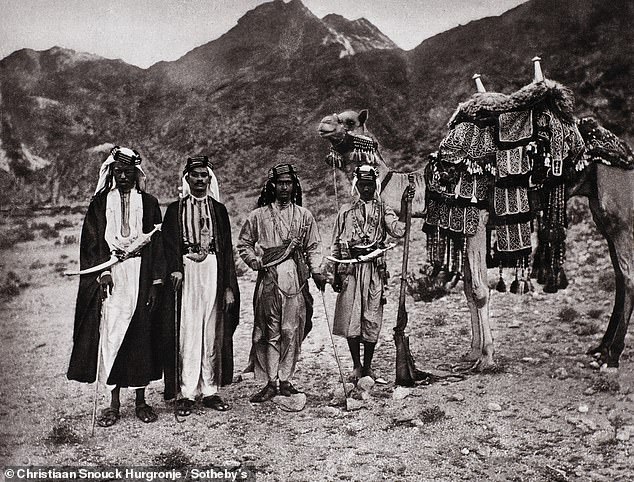 Pilgrims on the road to Mecca alongside their camel – one of the men has a musket, while the others carry blades for protection

Sotheby’s say on their website: ‘Sotheby’s is privileged to offer in May this set of books and photographs which come directly from Snouck-Hurgronje’s family and which are particularly distinguished because they are from the author’s own collection, were specially bound for him and have authorial manuscript notes.

‘It is therefore hard to imagine more perfect examples of these wonderful works. For those who wish to have an understanding of Mecca that transcends beyond its figuration today, this archive is an extraordinary source.’