A starving and cold Arctic fox found clinging to a teetering iceberg has been saved in a daring rescue by an eagle-eyed couple fishing for crabs.

Mallory Harrigan and her boyfriend Cliff Russell were recently four miles off mainland Labrador in William’s Harbour, Canada, when they spotted what they thought was a baby seal.

However, upon closer inspection, they realized it was a starving and helpless Arctic fox stuck on the iceberg. Can you see the stranded Arctic fox on the iceberg?

At first, Mallory Harrigan and boyfriend Cliff Russell spotted what they thought was baby seal, while they were fishing for crabs, but soon realized it was a stranded Arctic fox 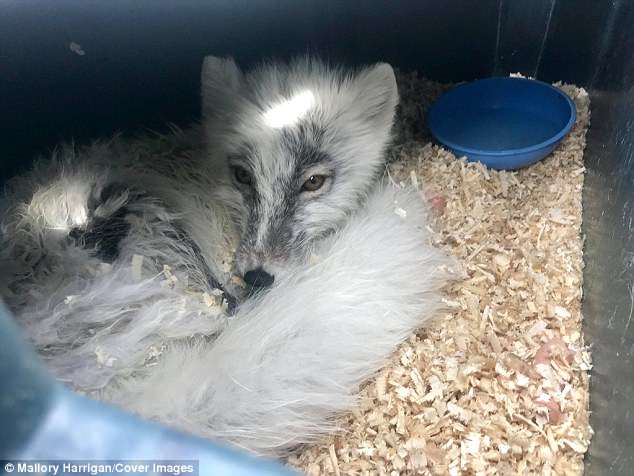 They used the vessel, the Northern Swan, to break up the iceberg, so they could scoop up the fox, above, and bring it on board 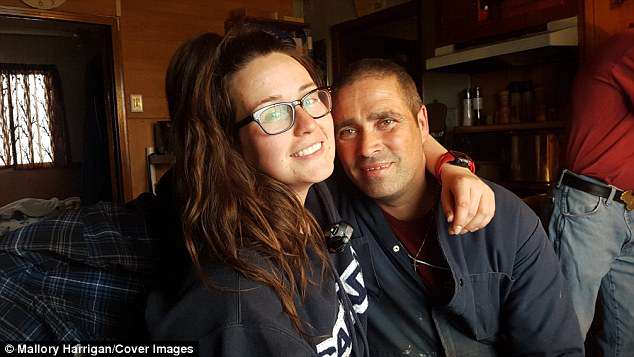 Mallory Harrigan and her boyfriend Cliff Russell were fishing for crabs four miles off Labrador in William’s Harbour, Canada

The kindhearted crew, which included Russell’s son Alan, decided to attempt a daring rescue, using their vessel, the Northern Swan, to batter the iceberg.

They had to ram the ice to break it up, and then scoop the animal up from the cold water.

Harrigan told Bored Panda: ‘It probably got stuck out there looking for a meal. Cliff says he thinks he got there to check out a bit of meat on the ice and it broke apart, sending him to sea.

‘He fought and fought to get away until he literally couldn’t move anymore.’

Harrigan, who lives in Happy Valley-Goose Bay, explained that her boyfriend, who owns the Northern Swan, led the daring rescue to bring the stranded animal aboard.

‘Alan Russell is his son, who was with us that day, and he caught him in the dip-net once we were able to get him in the water. 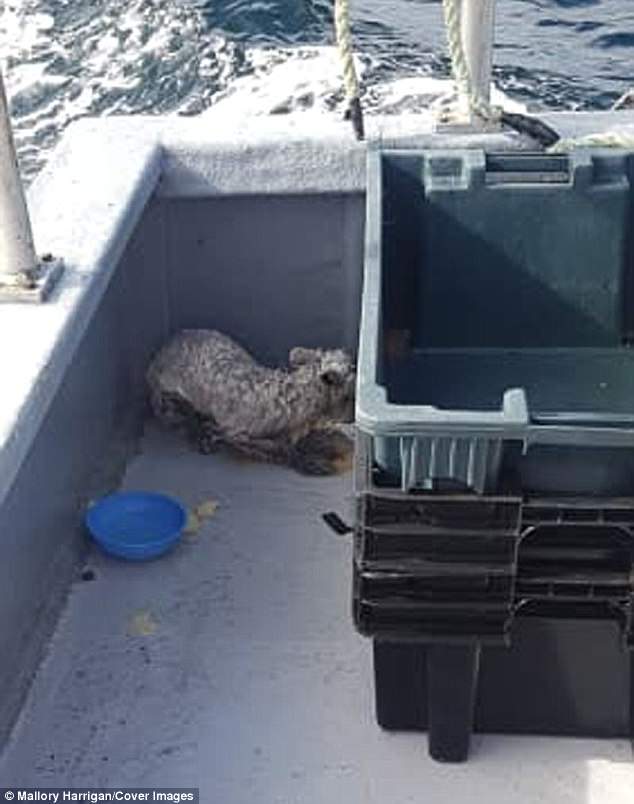 Mallory Harrigan said: ‘It probably got stuck out there looking for a meal. Cliff says he thinks he got there to check out a bit of meat on the ice and it broke apart, sending him to sea’ 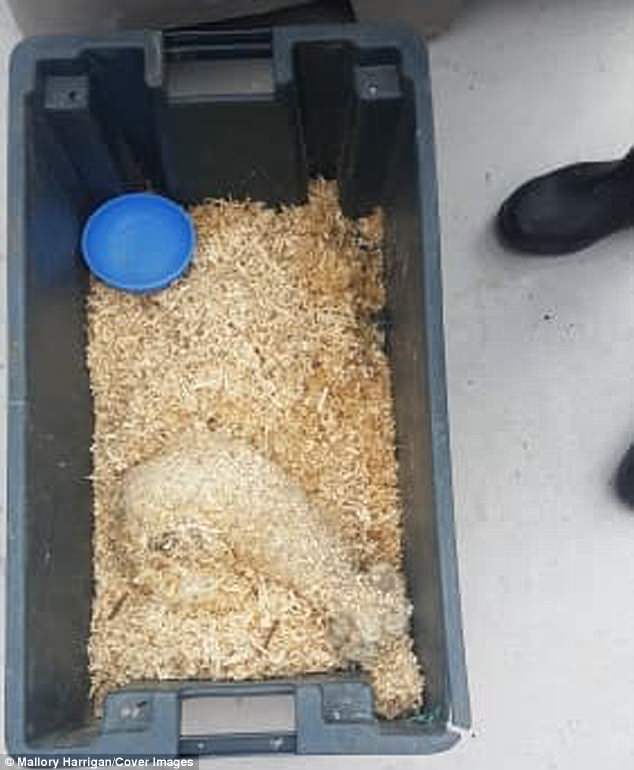 The rescued fox, wet and cold from its ordeal, was placed into wood shavings to help it dry and get warm again on the boat 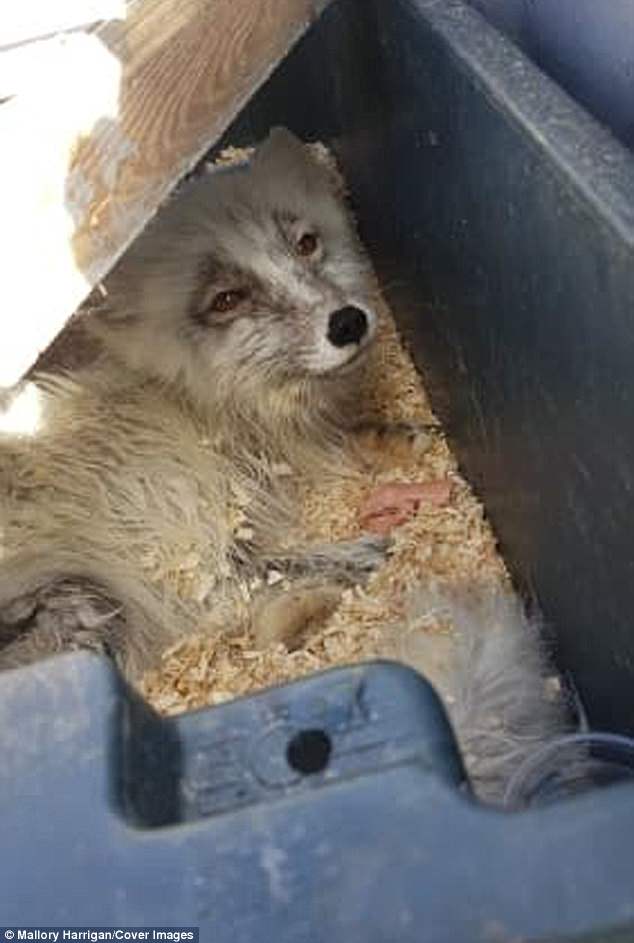 The crew dropped off the fox in a dog house on a nearby island, where there was food and shelter

‘I was able to feed and water him once he woke up.’

After refusing to eat the bread and crackers the rescuers initially offered, the Arctic fox finally succumbed to another treat – a tin of Vienna sausages.

She added: ‘We all then released him onto an island in our harbour.’

The crew dropped off the fox in a dog house on an island where Harrigan told vocm.com there were ponds and ‘lots of little critters and stuff’ to sustain it.

More on the Arctic fox

The Arctic fox is native to Labrador, and occasionally arrives on the island via pack ice in winter and Spring.

They prefer barren lands, where snow is hard and shallow, as well as around the tops of ponds or river banks.

They will eat the remains of seals and seal pups if stranded on an ice floe at sea.

They live for three or four years in the wild, compared to up to 14 years in captivity.

In winter, the fox has a thick white coat. In May, they shed to show two-tone brown fur. Their thick coat and padded feet help keep it insulated during the year.

Boy, 11, crushed to death by 2-tonne concrete slab in playground

Coronavirus UK news LIVE: Boris Johnson says it’s the ‘national priority’ to get kids back to school in September – The Sun