A five year old girl who overcame coronavirus symptoms has returned home after beating Kawasaki disease and being given just a 20% chance of survival.

Scarlett Nicholas, of Wakefield, West Yorkshire, looked on the road to recovery after showing signs of coronavirus, before she was struck down with the rare inflammatory syndrome which medical professionals believe may be linked to Covid-19.

The five-year-old had to be hooked up to a ventilator as she battled for her life, with her mother Naomi Roberts waiting anxiously by her bedside. 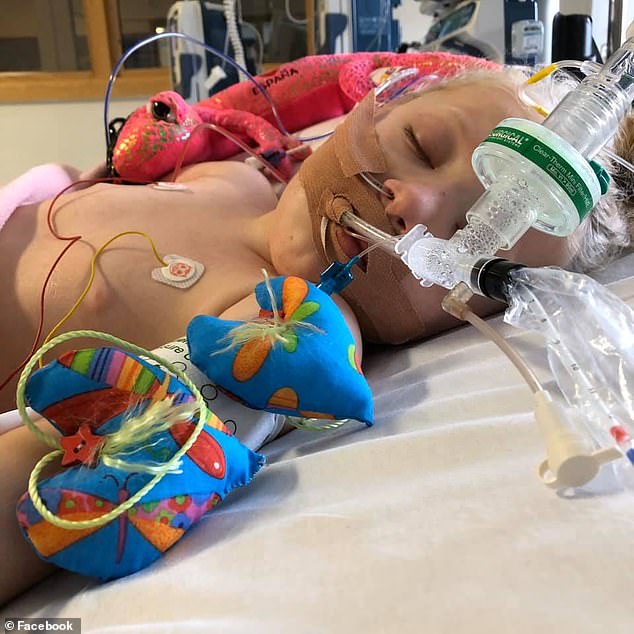 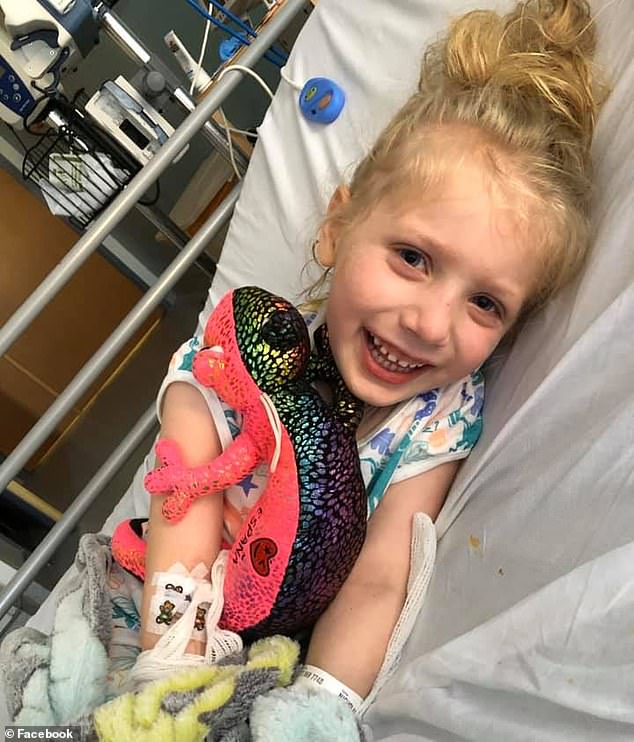 Her stepfather, Piers Roberts, a teacher from Wakefield found himself unable to visit because of the coronavirus restrictions, and naturally feared for the worst.

Yet astonishingly, despite the minute odds, Scarlett has beaten the illness and has now been discharged to return home with her family.

‘It was the most amazing feeling in the world,’ Mr Roberts told the Mirror.

‘She’s had an incredible battle and come out the other side. She’s making amazing progress and we hope there are no long-term complications.’

Scarlett first suffered mild coronavirus symptoms in March when she was sent home from school with a temperature, though these only lasted for a very short period. 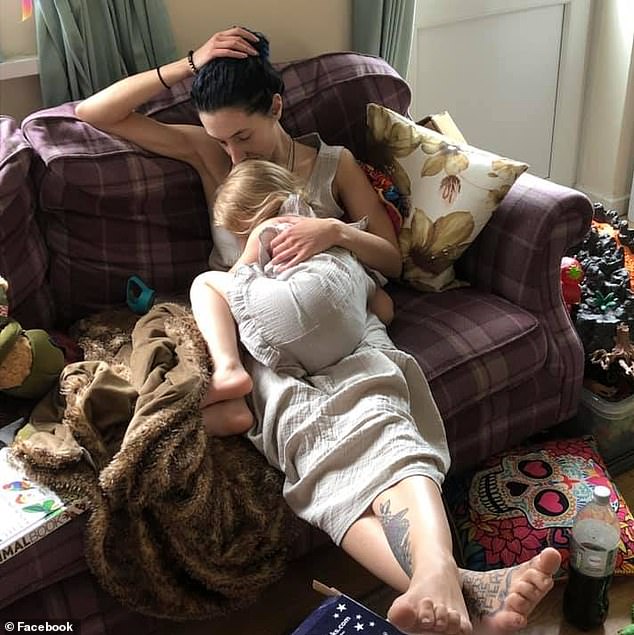 What is Kawasaki disease and how is it usually treated?

Kawasaki disease is a condition that mainly affects children under the age of five. The cause of it is unknown, but it is believed to be an autoimmune response to an infection.

Around eight in every 100,000 children develop Kawasaki disease in the UK each year.

According to the NHS it is always treated in hospital and anyone who notices symptom in a child is told to speak to their GP or call 111 urgently.

Intravenous immunoglobulin (IVIG), a solution of antibodies, and aspirin are the two main medicines used.

Though children can make a full recovery within six to eight weeks, some complications can develop from the condition, including with the heart.

If untreated, complications can be fatal in about 2 to 3 per cent of cases.

It was several weeks later that the youngster then came down with a temperature once more, before feeling nauseous and started to develop stomach cramps.

‘But fairly quickly it became clear something was not quite right,’ he added.

Scarlett was taken quickly to Pinderfields Hospital in Wakefield where she was swiftly tested, with NHS staff moving rapidly to avoid any complications.

Medics immediately noted the symptoms and similarities to Kawasaki disease and she was taken to A&E for further urgent treatment.

NHS staff have been praised by the family for their swift course of action, though things were soon to go from bad to worse.

Scarlett was transferred to Leeds Hospital and put on a ventilator for assistance while fighting for her life.

She also developed heart complications as a result of the illness, which exacerbated her situation.

Both parents have since admitted they had to come to the heartbreaking decision of being realistic with the situation, knowing the chances of their daughter pulling through remained low.

Yet slowly but surely Scarlett began to respond and battle back against the frightening illness.

Signs of progress emerged, with Scarlett becoming well enough to come off the ventilator before being transferred off the pediatric intensive care unit.

Steady improvements then saw the little girl regain her health bit by bit, before doctors delivered the news which initially seemed impossible – Scarlett was able to go home.

‘It was the first time I had physically seen her for the best part of two weeks, it was amazing. It was almost unbelievable it was her,’ her step-father told the Mirror.

‘When you’re in that situation you’re living on adrenaline, it’s not until you’re on the other side you think “wow that’s happened”‘.

Scarlett still remains on the long road to recovery, and had to learn to walk properly again after the draining ordeal.

While much is still unknown about the disease and its possible complications, both parents have acknowledged that the road ahead may not be the easiest to navigate.

‘Nothing in this pandemic has a straightforward way out,’ Mr Roberts added.

‘She’s fought an incredible battle and suffered a massive trauma. It’s testament to her strength of character which is down to her incredible mother.’