Florida driver told cops he was racing home after ‘cheating on his wife,’ police say

A Florida man who was pulled over Sunday night for driving recklessly told the officer he “needed to get home in a hurry because he was cheating on his wife,” according to an arrest affidavit. 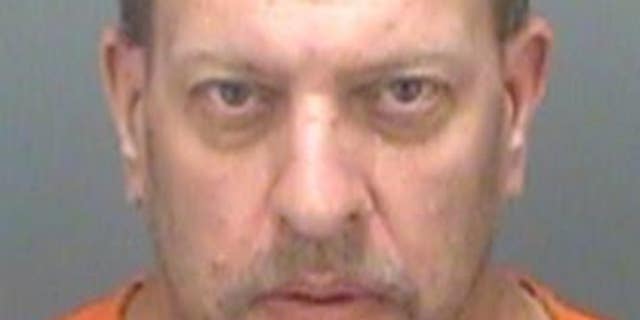 Police say John Early Pickard told them he was speeding because he had been cheating on his wife.
(Pinellas County Jail)

Pickard told the Tarpon Springs Police Department officer “his driving was reckless and endangering because he needed to get home in a hurry because he was cheating on his wife.”

While taking Pickard into custody, an officer found crack cocaine in a “plastic sandwich baggie in his front T-shirt pocket,” the affidavit said.

Pickard told the officer he had “just purchased” the crack cocaine for $50, according to the affidavit.

Pickard was booked into the Pinellas County jail on a misdemeanor reckless driving and felony drug possession.

He was released later Sunday after posting $2,250 bond, The Smoking Gun website reported. His court appearance is scheduled for Dec. 5.

cops, driver, florida, he, told, Wa
You may also like: