A 17-year-old boy was arrested in Miami for allegedly using social media to traffic a 14-year-old girl for sex, officials recently announced.

Javier Quintero was selling the girl for sex over social media after she ran away from home several weeks earlier, according to the State Attorney’s Office in Miami-Dade County.

“This situation is every parent’s worst nightmare,” State Attorney Katherine Fernandez Rundle said in a Thursday press release. “That is why the work of our Human Trafficking Task Force is so important. Children like this, our children, can be lost so easily. But I and our law enforcement partners are determined to keep that from happening. Our children’s futures are just too valuable.” 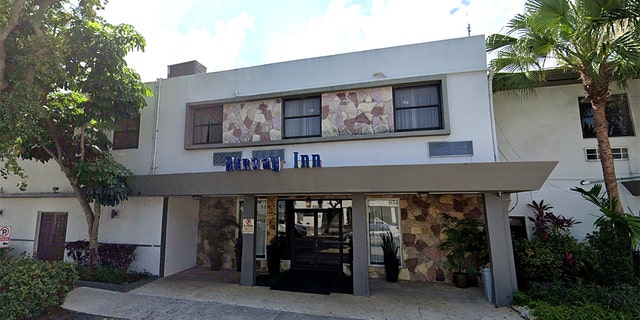 According to the release: “The relative told police that they believed the girl was inside a hotel room and was being sold for sex on social media platforms by a 17-year-old male.”

Quintero allegedly had his own relationship with the teen and told her she could get paid $250 per hour by having sex with men or performing sex acts, officials said.

Over the course of three weeks, he arranged all meetings with Johns, calling them “dates,” through social media using his cellphone and took any money she was paid, according to the Miami Herald and the victim's account to police.

According to officials, the victim also said Quintero oversaw the social media platforms and provided the motel room, means of transportation, alcohol and a plethora of drugs, including marijuana, cocaine, MDMA and Percocet.

The teen told police she endured as many as five “dates” in a single day.

After he was arrested, Quintero told investigators he believed the girl was 17, according to the Herald. Upon receiving consent to search his cellphone, police discovered videos and photographs that were sexual in nature, including one showing him allegedly fondling the girl’s chest, the outlet reported.

The Herald also reported that police found one of Quintero’s text message conversations from July 19 in which he told someone sex with the victim would cost $100 plus five Percocets.

Quintero was charged with five felonies: human trafficking of a victim under the age of 18, which carries a life sentence; deriving support from proceeds of prostitution; possession of materials displaying a sexual performance by a child; unlawful use of a communications device; and interference with custody. He was also charged with renting space to be used for prostitution and contributing to the delinquency of a child.