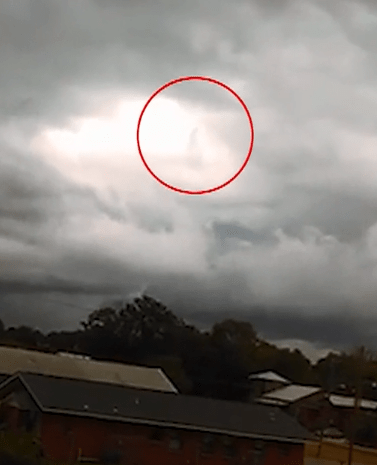 Speaking to the camera, Solo Dolo documents the blustery conditions in a Facebook Live video from her balcony, saying: "Hey, we've got a storm over here.

"We got no power, everything blowing over here, boxes, trees."

While focusing on a bright white patch on the horizon, she adds: "Look at that hole right in the sky… that's who's got the power."

After a minute she adds: "He got us covered at least, we're alright." 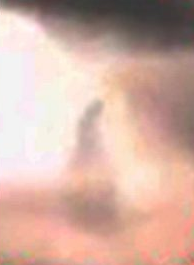 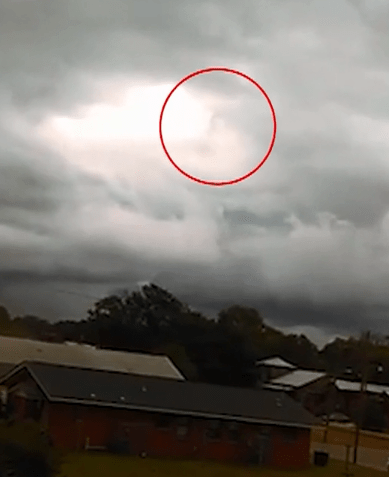 But it was only after posting the video that a friend pointed out to Solo the shape in the clouds – as apparently resembling God.

On closer inspection, viewers notice a shadowy figure apparently walking between the patch of white clouds.

Writing on the post, she wrote: "If you are a non believer in the Lord don't even worry about it.

"Now I want y'all to take a closer look at this video around 2:38 and tell me what y'all see in this hole in this cloud." 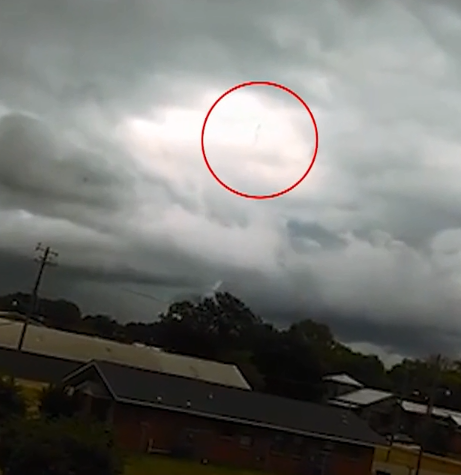 Solo added:  "Can't tell me my God ain't real! Thank you God for using Lisa StandAlone Baker to reveal this to me. Too see this is to believe this."

Many others also took it to be a sign from God, with Tianna Marie Vasquez writing: "This video has changed my heart and mind.

"Before this video I was iffy on believing.. but wow. Amazing".

"He keep on keeping on. Amen!"

Christina Feliciano wrote: "I’m not a believer in God (I’m one of those I have to see to believe) but I am envious of those of you who have faith in him.

"I can definitely see there are 2 figures in this video and it does give me hope that some day I’ll get my calling and have faith. Thank you so much for sharing".

Last year, thousands claimed they had witnessed a holy vision of the Virgin Mary after one supposedly appeared in the clouds at a shrine in Ireland.