Israel’s main left-wing opposition split on Tuesday, leaving one of the country’s most prominent politicians, former foreign minister Tzipi Livni, out in the cold ahead of an April general election.

The Zionist Union, the second-biggest faction in parliament, was formed as a partnership between the Labour Party, which is led by Avi Gabbay, and the smaller Hatnua party headed by Livni. The alliance has fared poorly in recent opinion polls.

With a stone-faced Livni sitting next to him at a Zionist Union meeting, Gabbay unceremoniously dumped her. 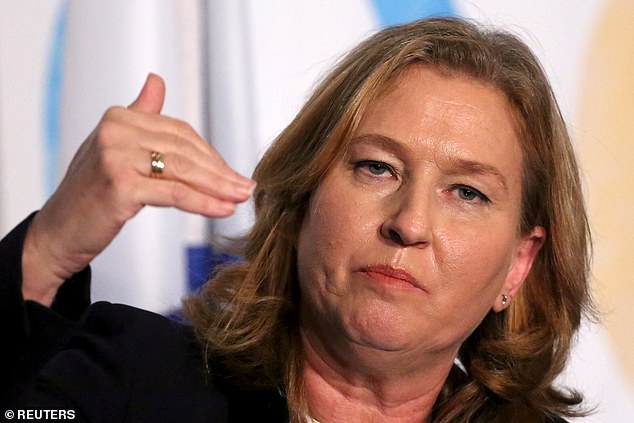 The Zionist Union, made up of Israel’s Labour Party and the smaller Hatnua party, headed by Tzipi Livni, has now split – an announcement which appears to have come as surprise to Livni

‘I hoped and believed this alliance would bring about our blossoming, a real connection and we would complement each other. But the public is smart, saw this is not the situation and distanced itself from us,’ Gabbay said.

‘Tzipi, I wish you success in the election – in any party you’re in,’ he said, announcing the split on live television.

The move appeared to catch Livni, a former peace negotiator with the Palestinians and current leader of the opposition in parliament, by surprise.

‘I’m not responding. I will make my decisions. Thank you,’ she said, and then left the room. 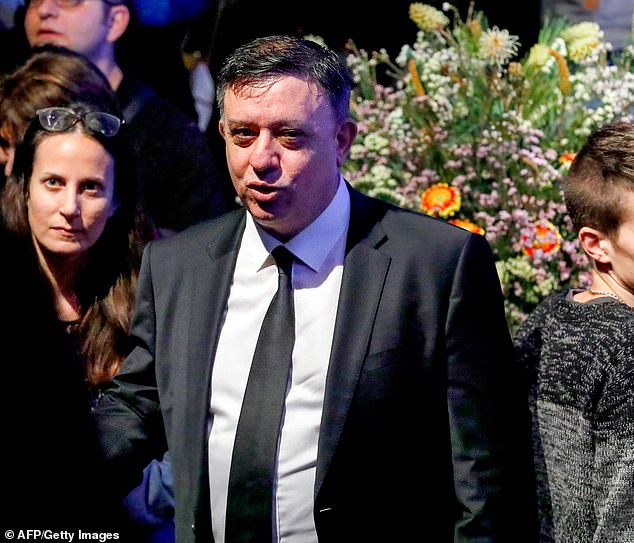 At a news conference later in the day, Livni said she would soldier on and lead Hatnua into the election, although the party has just five lawmakers in the 120-member parliament, compared with Labour’s 19 and Likud’s 30.

‘What is more important than Labour parting ways with Hatnua is to leave the path on which this government is leading us, so we will be able to separate from the Palestinians,’ she said, referring to a two-state solution to the Israeli-Palestinian conflict of which she is a leading advocate.

Opinion polls predict Likud will win the snap election Netanyahu called for April 9, taking between 27 to 31 seats – enough to lead a right-wing coalition, despite three corruption investigations against him.

Zionist Union was lagging behind Likud and centrist parties, with polls predicting it would capture only eight to nine seats compared with the 24 it holds in the outgoing parliament.

Livni, now 60, served as foreign minister from 2006 to 2009. A former junior officer in the Mossad intelligence agency, she has been a member of several parties and coalition governments since entering politics in 1999.