The former editor of the Today programme has slammed ‘entitled’ young BBC staff who ‘expect to have their view of the world on air’.

The journalist said impartiality is still key for the BBC, but ‘respect for the rules is weakening’ and it needs to try not to conform to a ‘cultural like-mindedness’.

It comes after the new director-general told staff if they want to be opinionated columnists or a campaigners online they ‘should not be working’ there.

Tim Davie, who took over this week, said the broadcaster needed to ‘urgently champion and recommit to impartiality’. 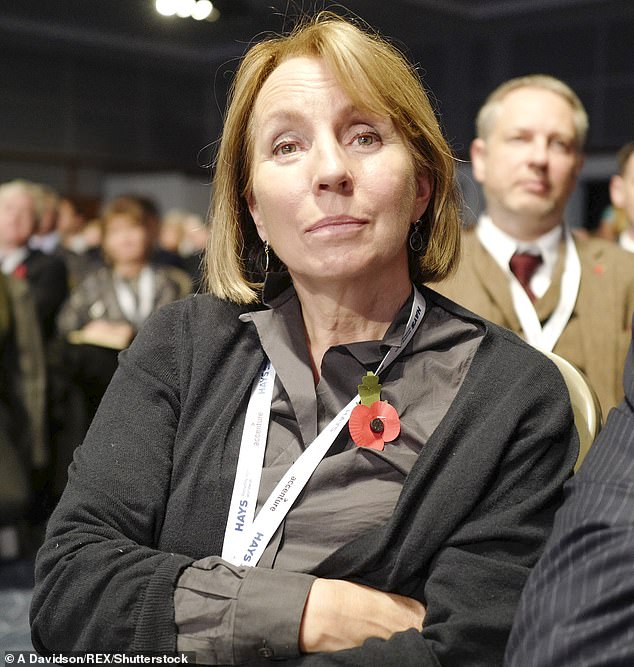 Ms Sands wrote in the FT: ‘The BBC is not just a broadcaster but also an attentive employer in the age of the employee activist.

‘The result is a sense of entitlement among younger employees: they expect to have their view of the world on air.

‘In its drive to reflect a new world, the BBC sometimes overlooks an older one. It can treat social conservatism with polite incomprehension.’

Mr Davie insisted his drive was ‘about being free from political bias, guided by the pursuit of truth, not a particular agenda’.

But it came just days after he floated a radical overhaul of the broadcaster’s comedy output in the coming months, over fears it is seen as ‘too one-sided’.

His remarks – widely seen as a swipe at woke presenters mouthing off on Twitter – came after he ordered a u-turn on a ban on Rule Britannia and Land of Hope and Glory at Last Night of the Proms.

The comments were in his first official speech in Cardiff on Thursday lunchtime and follow controversies over impartiality, including Newsnight host Emily Maitlis sparking a furore with a monologue on the Dominic Cummings lockdown row.

The BBC later said the episode ‘did not meet our standards of due impartiality’.

BBC Breakfast host Naga Munchetty was also rebuked last year after commenting on remarks made by US President Donald Trump.

Match of the Day host Gary Lineker is also known for tweeting political views and opinions on his social media.

Mr Davie said: ‘We urgently need to champion and recommit to impartiality. It is deliverable and it is essential.

‘If you work here, nothing should be more exciting than exploring different views, seeking evidence with curiosity and creatively presenting testimony.

‘Making use of our own experiences but not driven by our personal agendas. I wonder if some people worry that impartiality could be a little dull.

‘To be clear, this is not about abandoning democratic values such as championing fair debate or an abhorrence of racism.

‘But it is about being free from political bias, guided by the pursuit of truth, not a particular agenda.

‘If you want to be an opinionated columnist or a partisan campaigner on social media then that is a valid choice, but you should not be working at the BBC.’