How Pittsburgh cops and SWAT team piled into synagogue while gunman emptied his AR-15: Police chief reveals heroics of the four officers gunned down in shoot-out with crazed gun fanatic

The heroic police response to a synagogue shooting in Pittsburgh has been revealed.

‘I can’t speak more for the courage that they have,’ Pittsburgh Police Chief Scott Schubert said of the officers from multiple agencies who responded to the Tree of Life synagogue.

Eleven people were killed in the shooting, and six were injured, including four police officers who were wounded in a shootout but are expected to survive.

‘Without their courage this tragedy would have been far worse,’ said Allegheny County Public Safety Director Wendell Hissrich, with visible emotion, at a televised press conference. 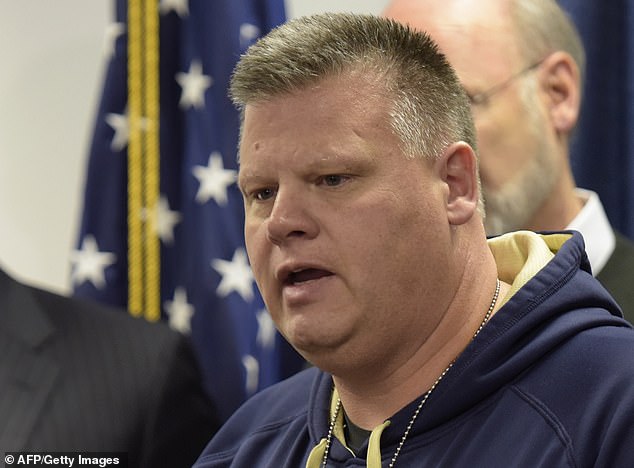 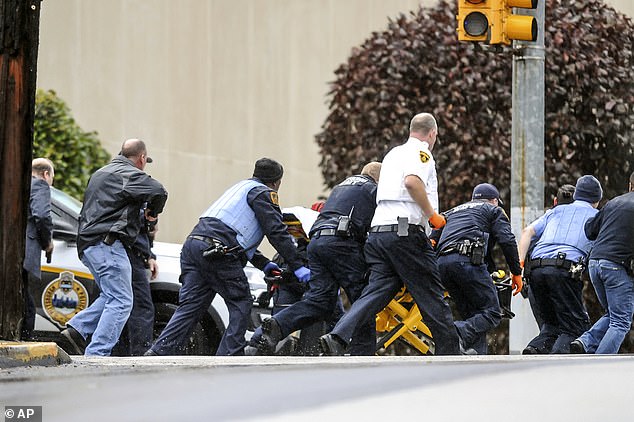 The horror shooting unfolded as a baby naming ceremony was being performed in the synagogue. Remarkably, no children were killed or injured.

At 9.49am, the suspect in the shooting, 46-year-old Robert Bowers, posted a chilling message on the social media platform Gab criticizing the Hebrew Immigrant Aid Society, a Jewish organization that advocates for immigrants and refugees.

‘HIAS likes to bring invaders in that kill our people,’ the message said. ‘I can’t sit by and watch my people get slaughtered. Screw your optics, I’m going in.’

Five minutes later, at 9.54am, police received the first 911 calls reporting an active shooter in the synagogue.

Officers were dispatched to the scene at 9.55am. The first to arrive were a pair of uniformed officers who rushed toward the sound of the gunshots. 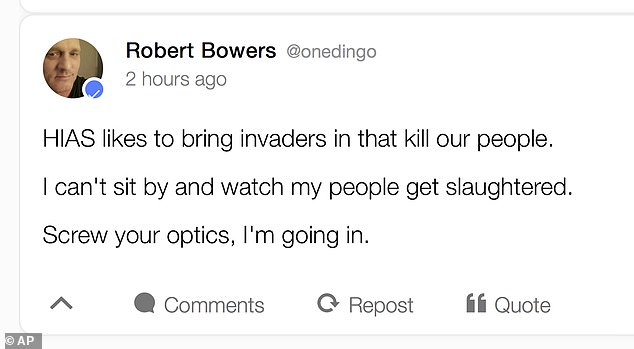 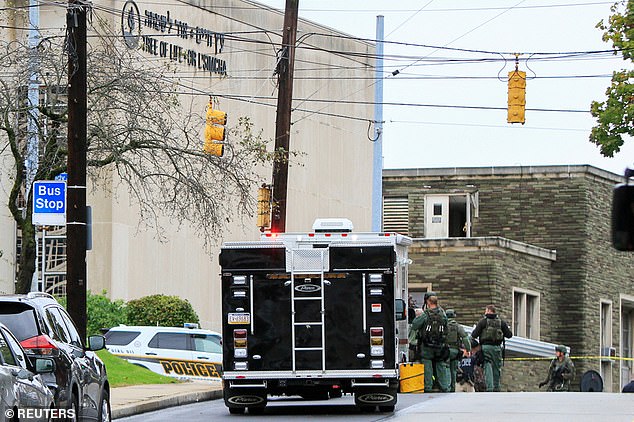 SWAT police officers respond after a gunman opened fire at the Tree of Life synagogue. Two uniformed officers and two SWAT operators were injured in the shooting 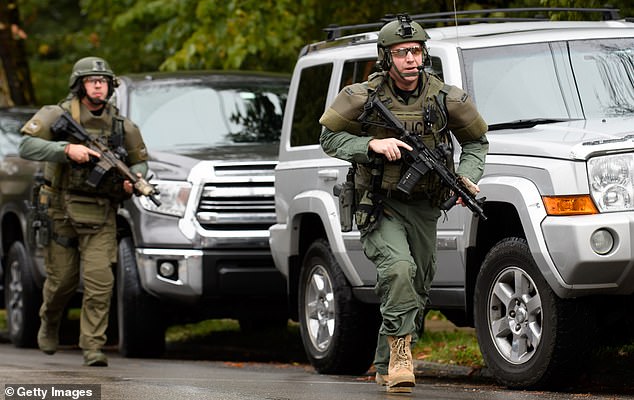 The two officers confronted the suspect as he was exiting the synagogue, and exchanged gunfire.

Police say Bowers was armed with an AR-15-style rifle and three handguns.

The two uniforms were injured. The suspect retreated back inside the synagogue as additional units from the city and county arrived on the scene.

‘By the time I got there, they were already starting to extract people,’ said Chief Schubert.

‘Watching those officers run into the danger to remove people and get them to safety was unbelievable,’ he said.

As police from multiple agencies moved in, two SWAT team operators were wounded by gunfire.

Bowers was struck and wounded by police gunfire and was taken into custody. He is not included in the count of the six injured.

All four police officers are in stable condition, officials said. 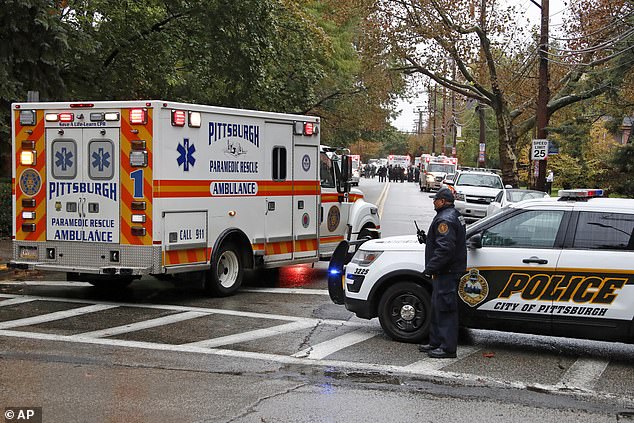 Two are at UPMC Presbyreterian: a 55-year-old officer who had multiple extremity wounds that were treated in the operating room, and an officer who had soft tissue injuries and grazing that is being evaluated.

At UPMC Mercy, a 27-year-old officer was admitted with an extremity injury that required intervention and evaluation in the OR.

The forth officer is being treated at Allegheny General.

The two civilians injured in the shooting were a 61-year-old female and a 70-year-old male with a gunshot wound to the torso who is in critical condition.

‘This is the most horrific crime scene I’ve seen in 22 years as a member of the Federal Bureau of Investigation,’ Special Agent in Charge Bob Jones said.

Bowers will be prosecuted under federal hate crimes statutes. US Attorney Scott Brady said an indictment is pending.

At the press conference, Brady added to the praise of the officers who intervened and took Bowers into custody.

‘They ran toward gunfire to keep people safe, and they exemplify today the best of the traditions of law enforcement and of the Pittsburgh police,’ he said.