FOUR cops and a driver have been injured in a crash in South London today.

A police car and another vehicle crashed in Camberwell, London at around 1.30 this afternoon. 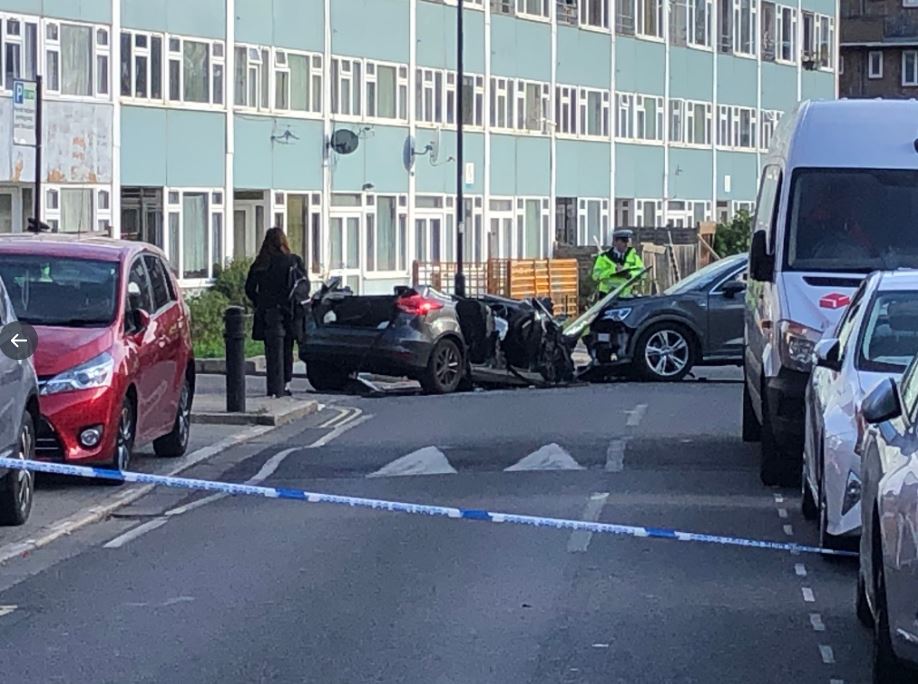 A Met Police spokeswoman said one officer had to be cut from the police car.

The spokeswoman said: "Four officers were injured during the collision with one officer needing to be cut from the car. They are receiving treatment in hospital and their injuries are not life-threatening.

"The driver of the other vehicle – a man – was taken to hospital. His injuries are not believed to be life threatening."

Roads have been closed in the area as emergency services remain on the scene.

Cops are investigating how the crash happened.

The Met’s Department of Professional Standards has been notified of the crash.