Four rare mountain gorillas including a pregnant mother and infant have died in a Uganda lightning strike in a ‘big loss for the species’.

The gorillas, which were part of the 17-member Hirwa group, crossed from Rwanda into Uganda, Africa, last year before making themselves at home in the Mgahinga National Park. 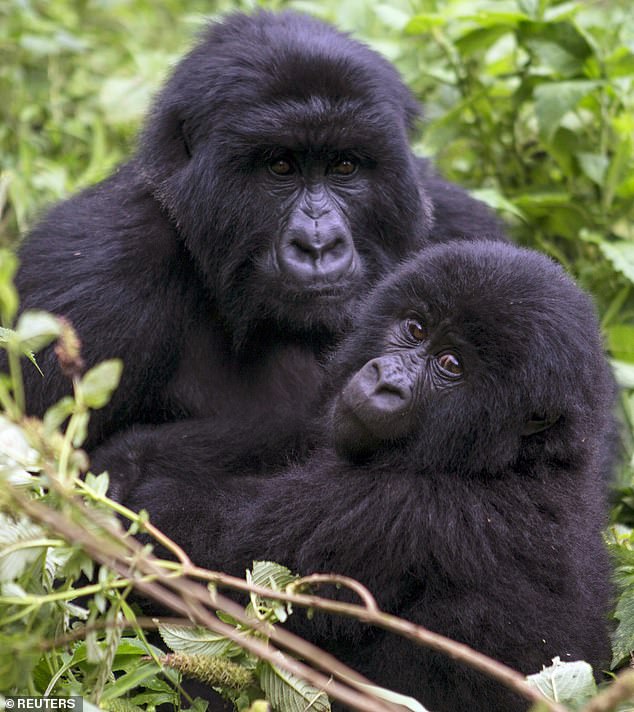 Four rare mountain gorillas (file image) have died in a lightning strike at Mgahinga National Park in Uganda in a ‘big loss for the species’. The species, which are part of the 17-member Hirwa group, were an ‘immense’ contribution to the gorilla population, according to the executive secretary of the GVTC

‘The potential of the three females for their contribution to the population was immense.’

Meanwhile 13 members of the Hirwa family have been found and feeding well in the area.

The species wanders around the Mgahinga park which lies within the Virunga Massif mountain range, which straddles Uganda, Rwanda and DR Congo.

Mountain gorillas have thicker fur compared to other great apes like chimpanzee, bonobos, and baboons.

They are among the most endangered primate species only found in three countries. 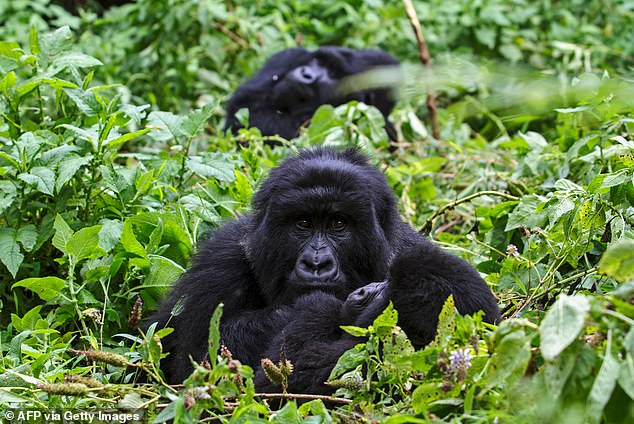 The gorillas, which include a pregnant mother and infant, were part of a group which flowed freely between the volcanic Virunga mountain range that stretches across Rwanda’s National Park and Uganda’s Mgahinga Park

Hirwa is locally translated at ‘lucky one’ in Kinyarwanda and has been one of the most visited gorilla families in Rwanda.

Around 400 gorillas flow freely between the Rwandan protected area and Uganda’s Mgahinga Gorilla National Park and Virunga National Park in the Democratic Republic of Congo.

The devastating announcement at Mgahinga comes just months after an adorable robotic gorilla was used to infiltrate the gorilla world in Uganda.

The four gorillas were reportedly involved in the filming for the BBC documentary, according to the Sun.

Spy Gorilla is one of 36 new animatronic beasts which have been created for the second series of BBC’s Spy In The Wild.

The programme, which took three years to make, gives an insight into animals’ behaviour including a cute baby jaguar and puffin.

Samples from the post-mortem are being tested and confirmation of the cause of death at Mgahinga is to be expected within the next three weeks, GVTC confirmed.

di, Four, gorillas, mountain, rare
You may also like: