FRAUDSTERS conned a doctor out of £72,000 by selling him a fake Aladdin’s lamp after conjuring up a fake genie.

Laeek Khan said one of them pretended to be an occultist who talked about its magical powers. 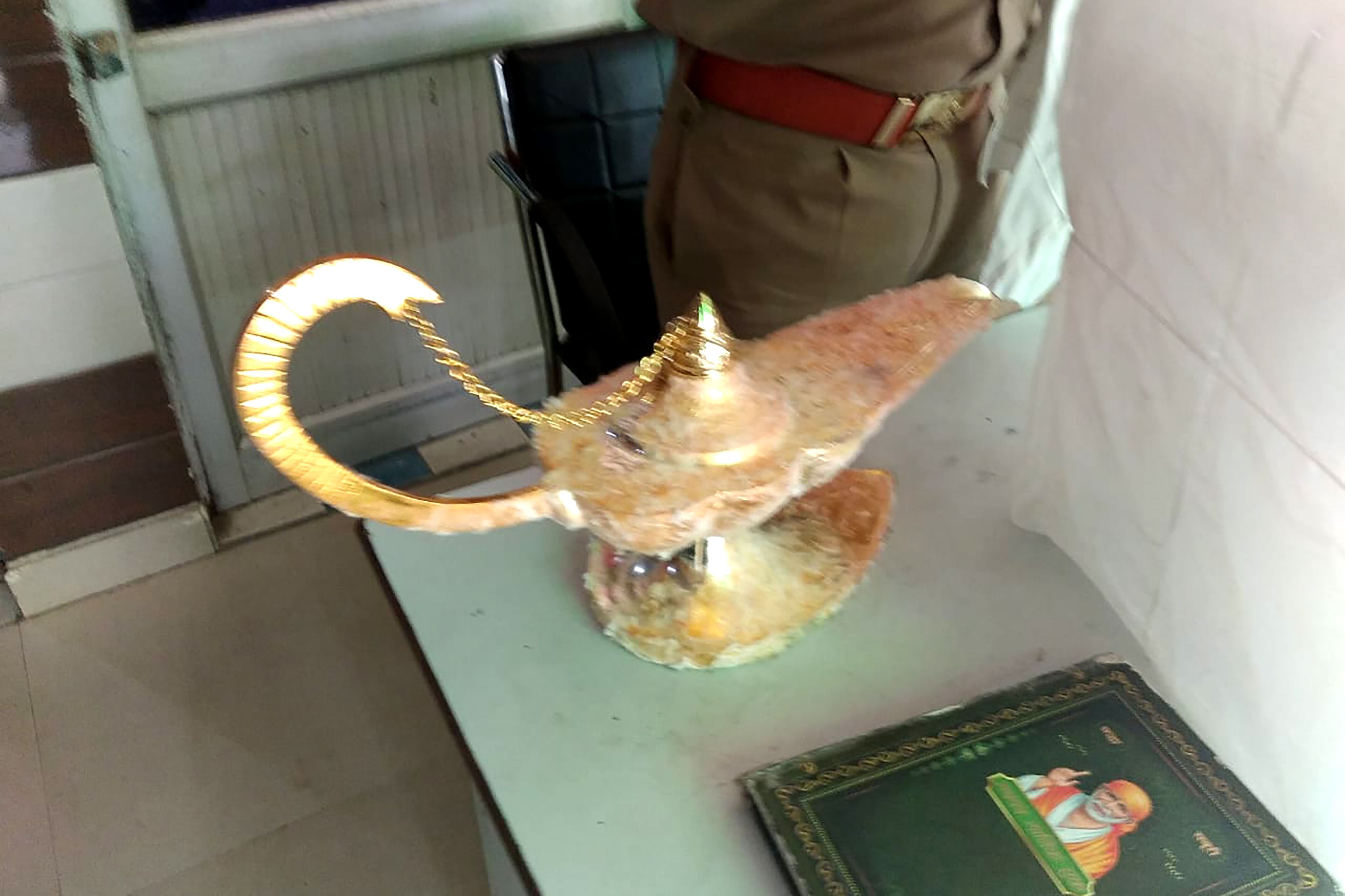 The trickster named Islamuddin even made a “genie” appear — which the victim later realised was actually one of the men in disguise.

The doctor went to the police in the northern India state of Uttar Pradesh after paying the huge sum and then realising the lamp was bogus.

Cops arrested two men and said they cheated others with the ruse.

Amit Rai, a senior officer in India, said: “The cheats had struck a deal for much more but the doctor had paid about 7m rupees (£72,000).”

He said the men were arrested on Thursday and were remanded in custody ahead of charges being filed.

He added: “The wife of one of these men was also involved in the fraud. She is on the run.

“The men have also cheated other families using the same modus operandi. The total amount of money involved runs into several million rupees.”