Remarkable photographs taken in the Italian capital show streets caked in ice, with cars marooned in the street. 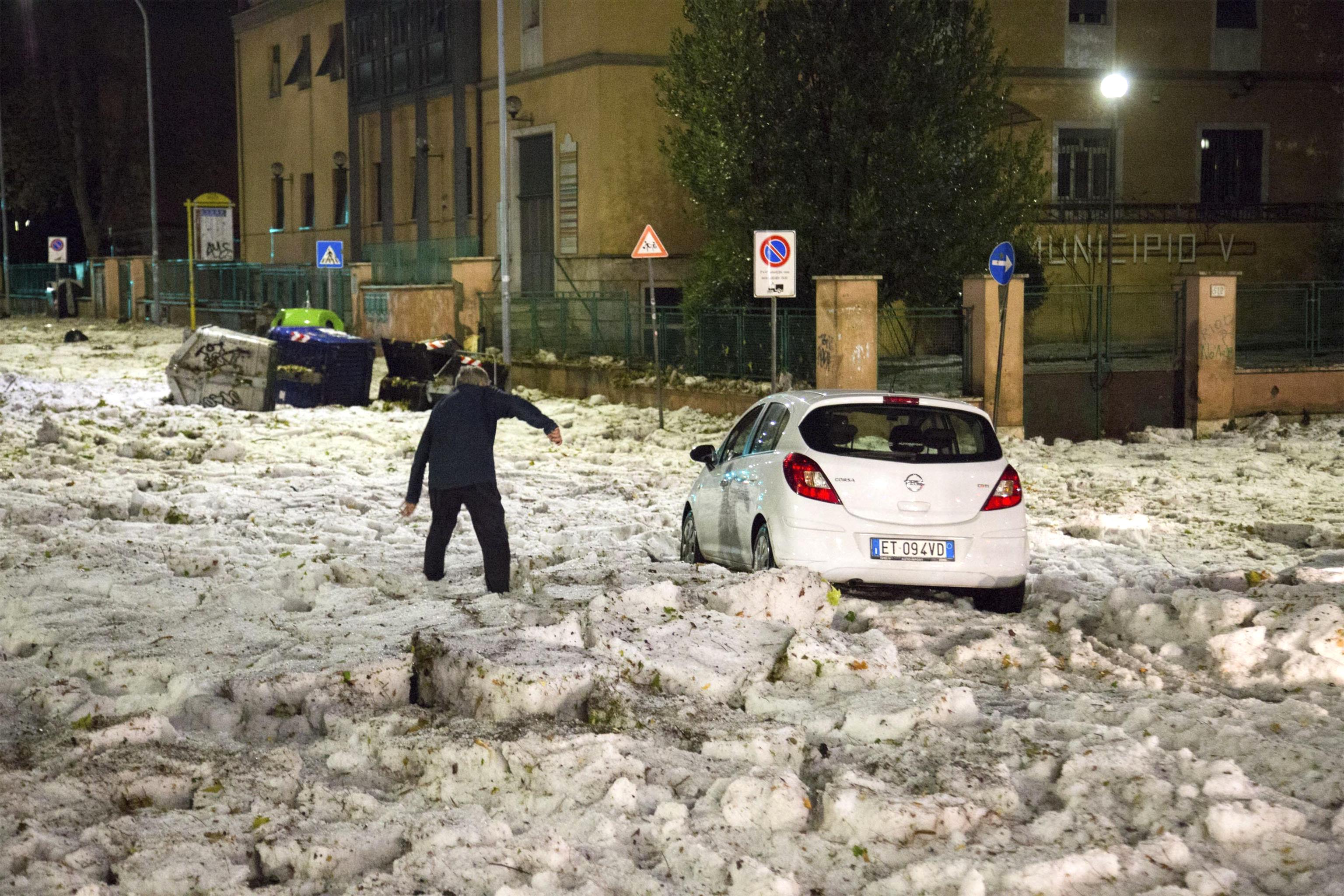 During the freak weather yesterday, some motorists were forced to abandoned their cars in the middle of usually busy streets after they became flowing rivers of ice.

Icy water and hailstones also began running down escalators into an underground train station in the city.

Firefighters responded to similar incidents in Florence and Pisa and parts of northern Italy, including Milan, where strong winds felled trees.

In Bologna the airport saw flights delayed because of hazardous flying conditions. 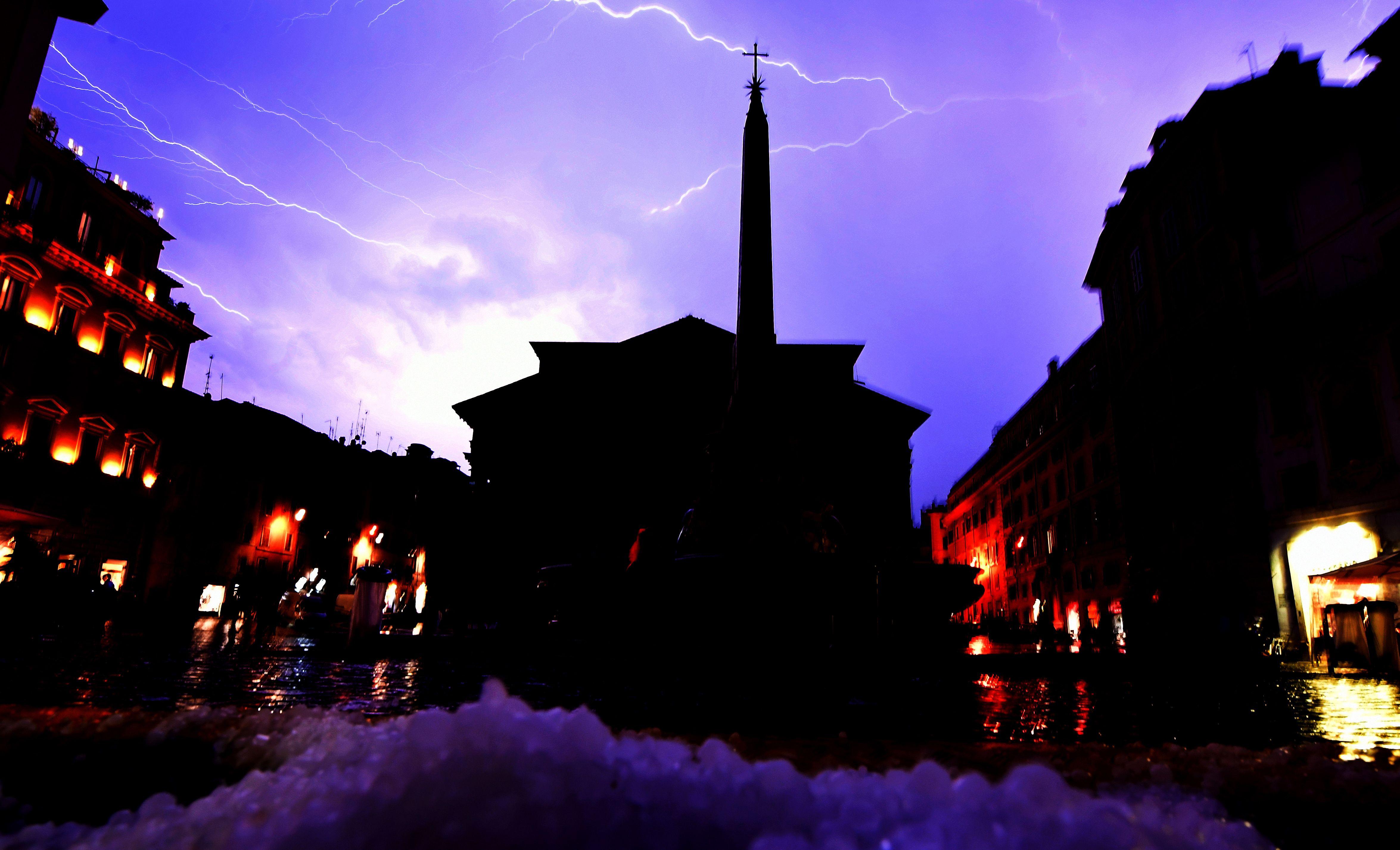 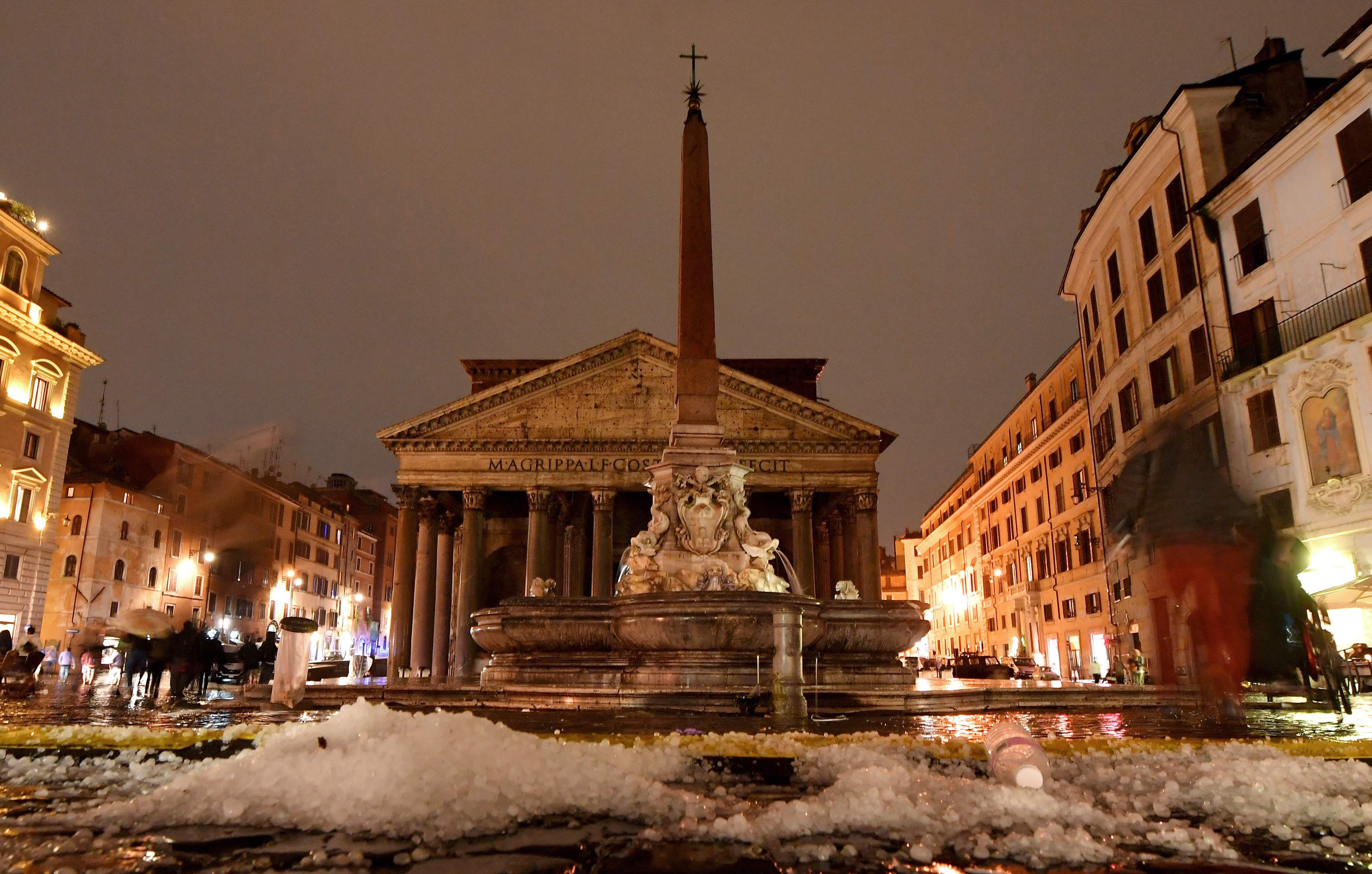 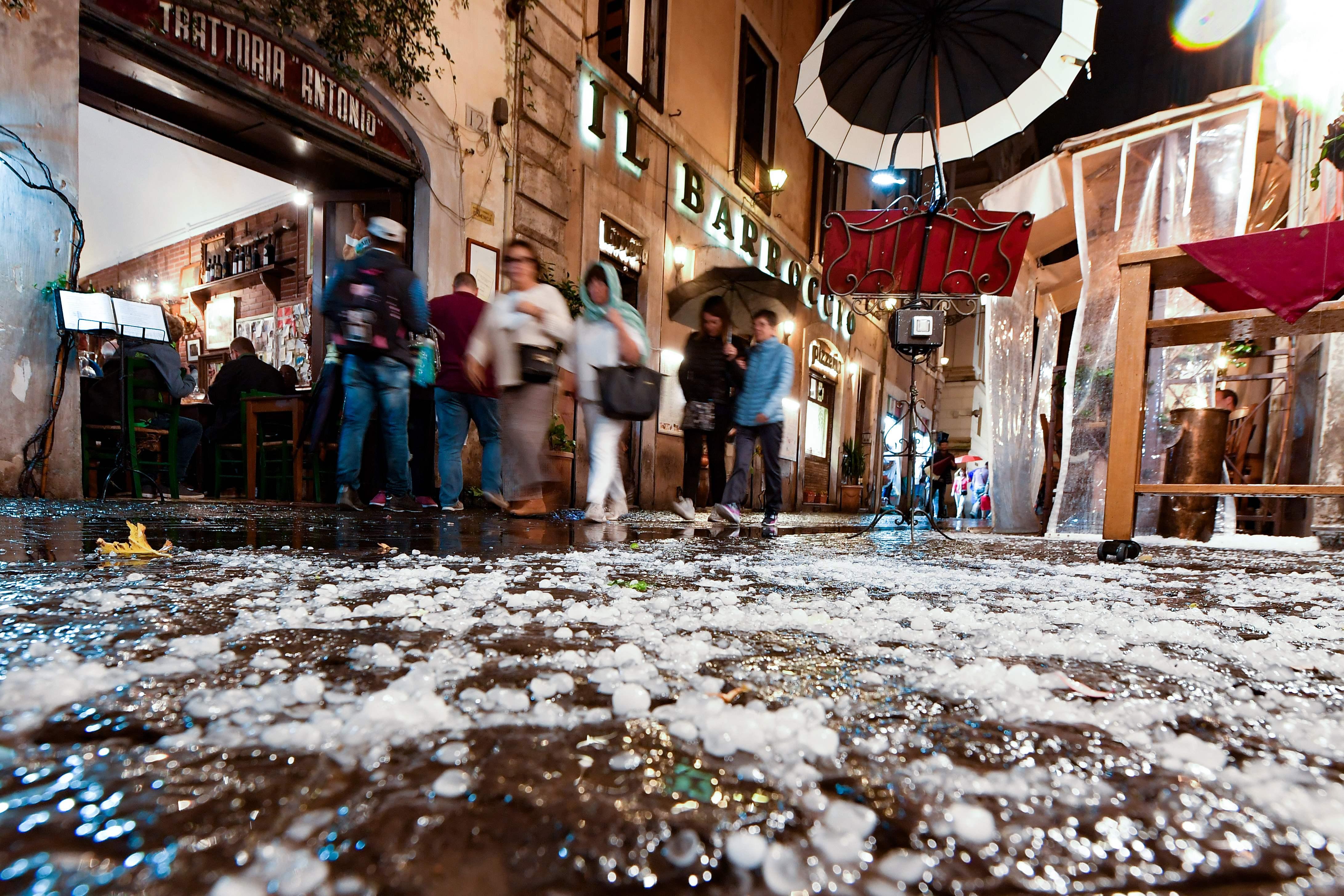 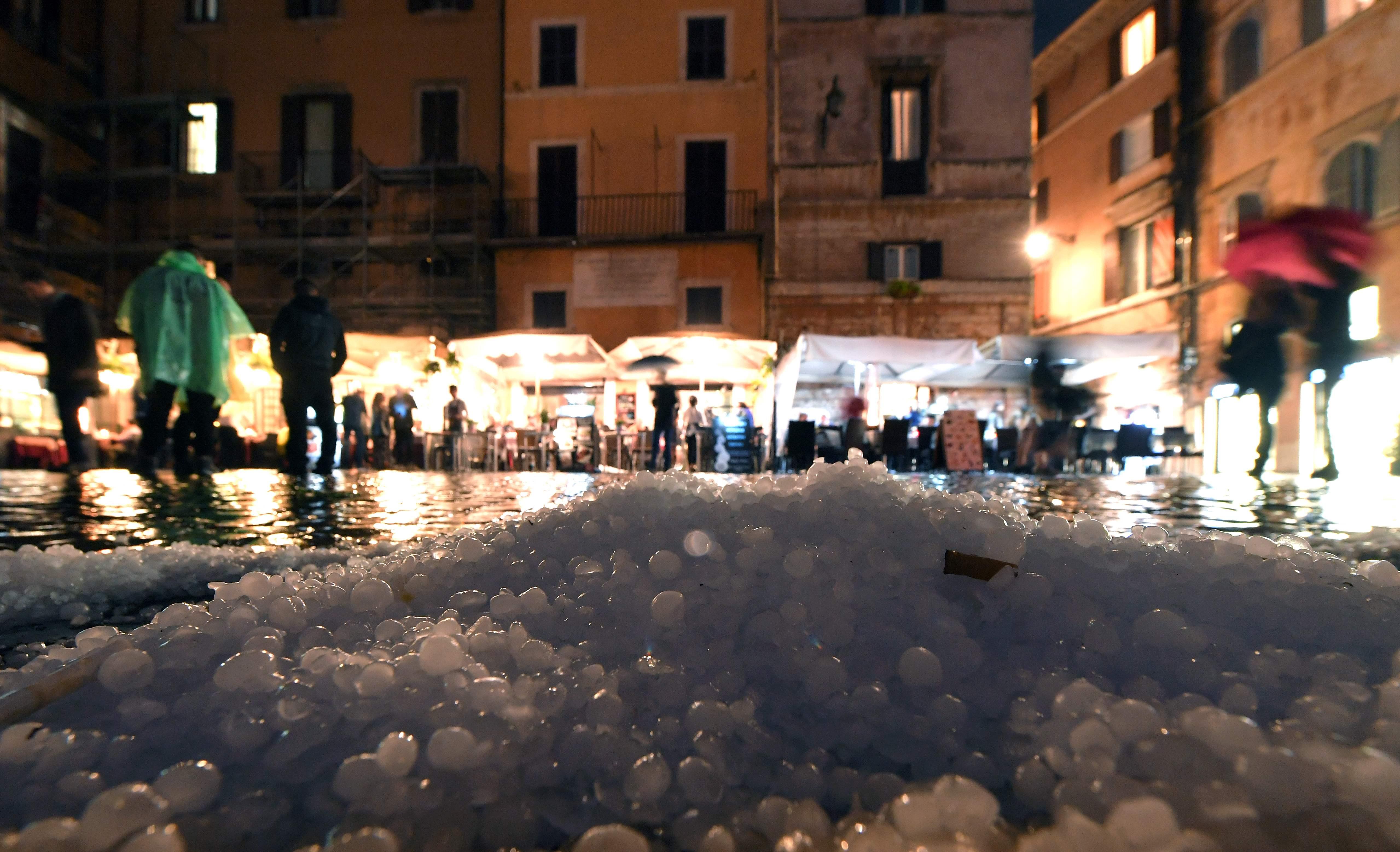 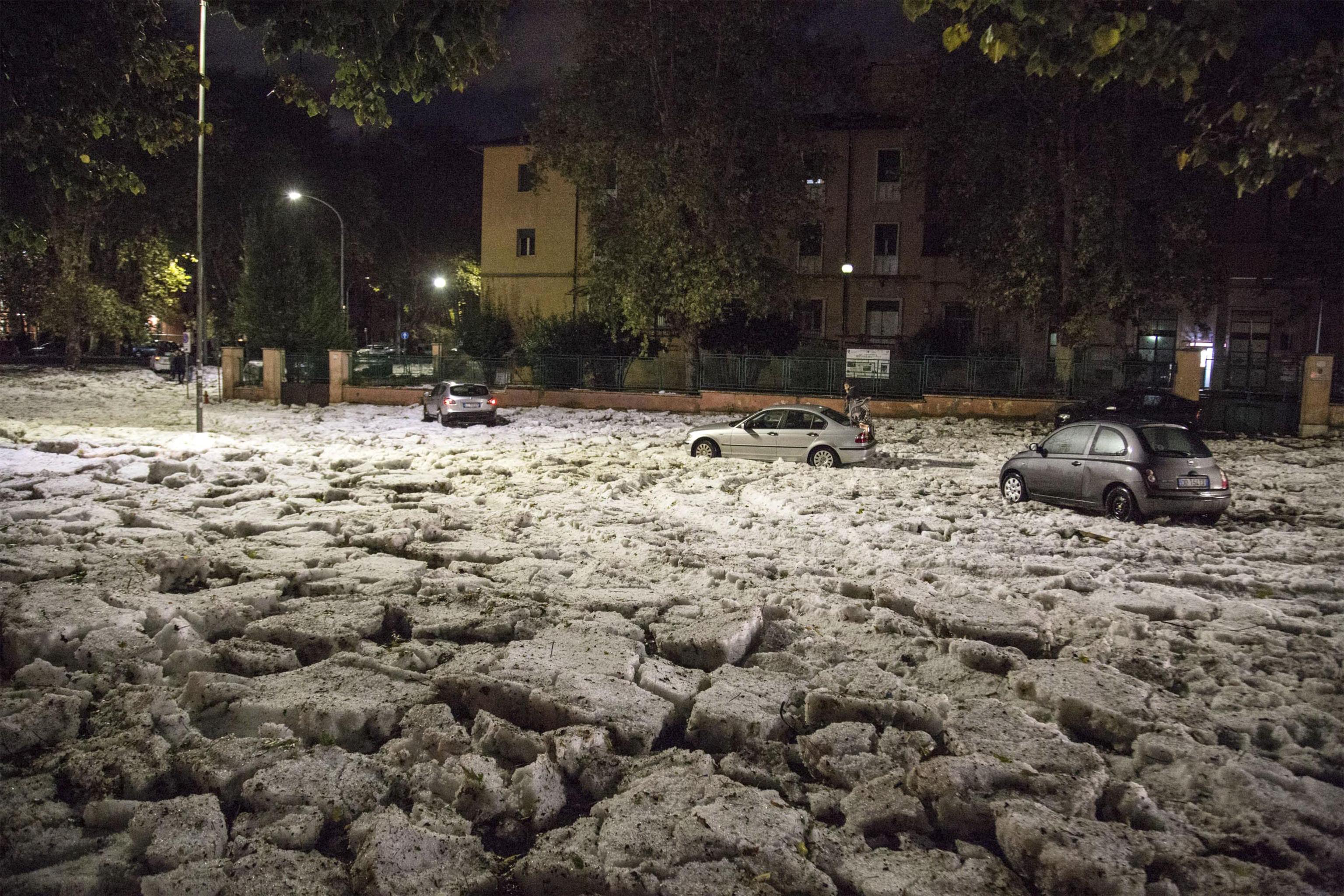 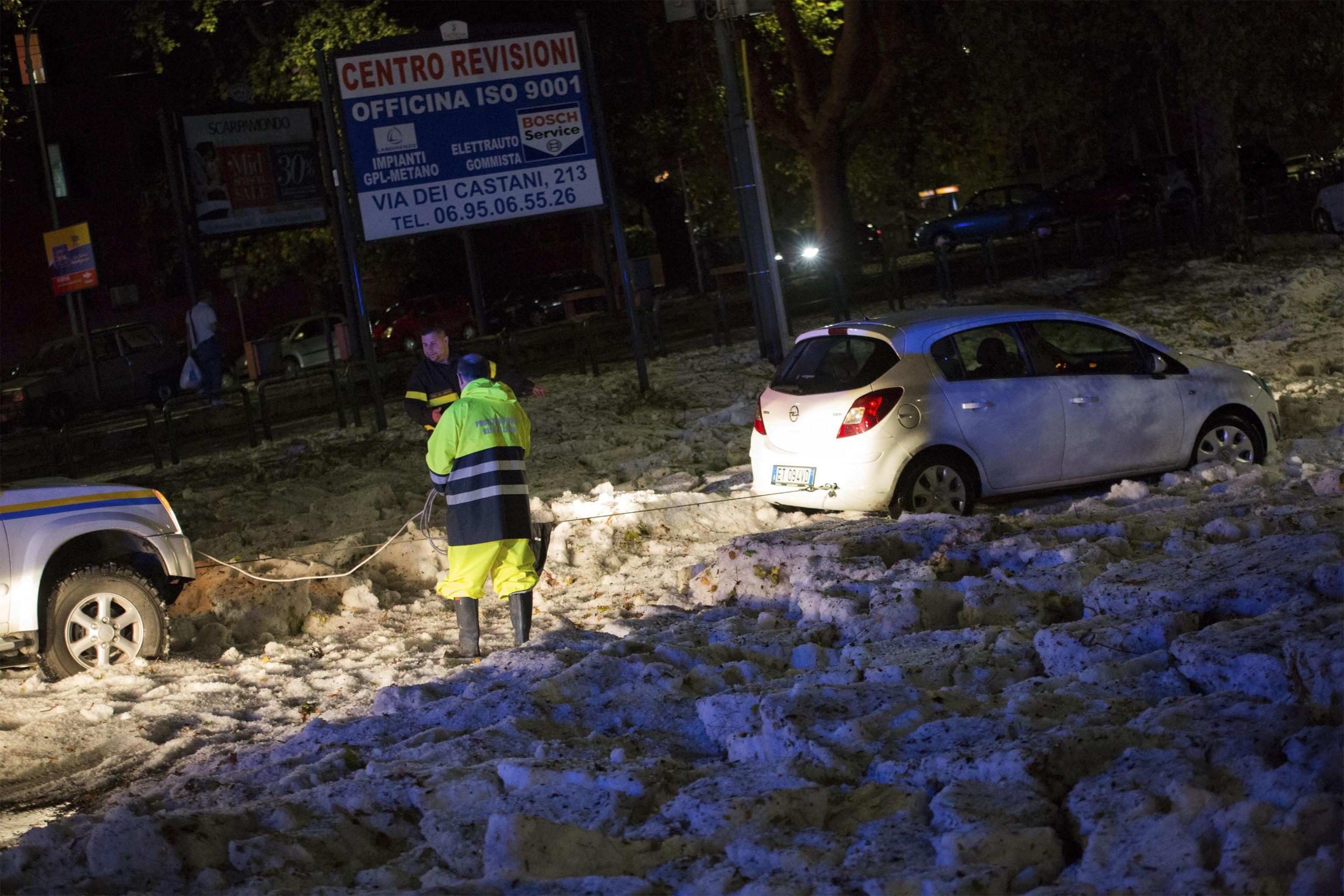 A severe weather warning for wind remains in effect for the Italian capital until tomorrow.

Meanwhile the UK is braced for snow to hit this week as the country is struck with Arctic air and which will send temperatures plummeting.

Some southerners could even see the cold weather bring a flurry of snow or sleet as wintry conditions set in, forecasters say.

a, COVERED, Freezing, gia, in, Rome
You may also like: