Up to 16 Afghan migrants crammed onto the tiny vessel were rescued by a Border Force ship yesterday in the Dover Strait. 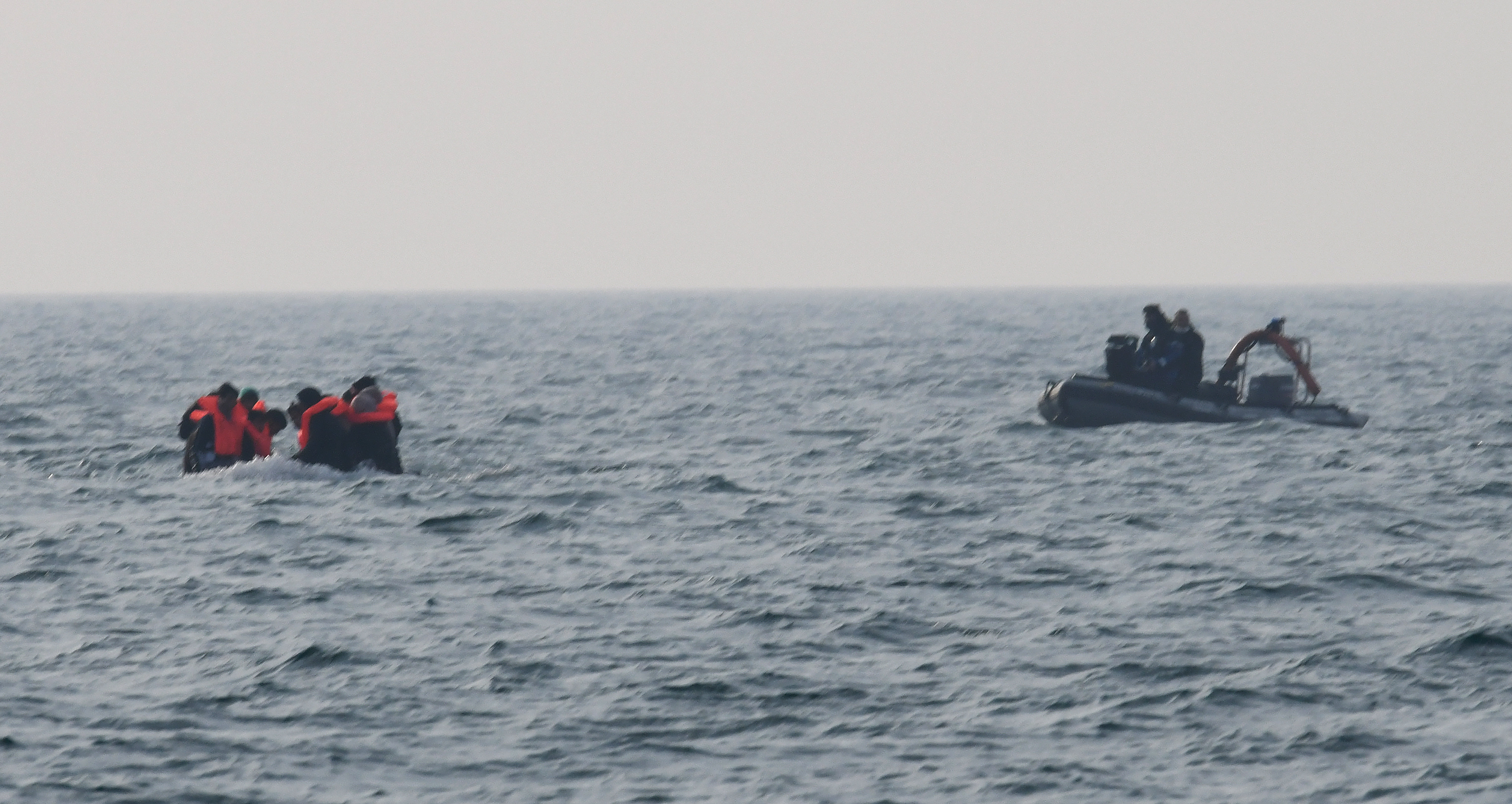 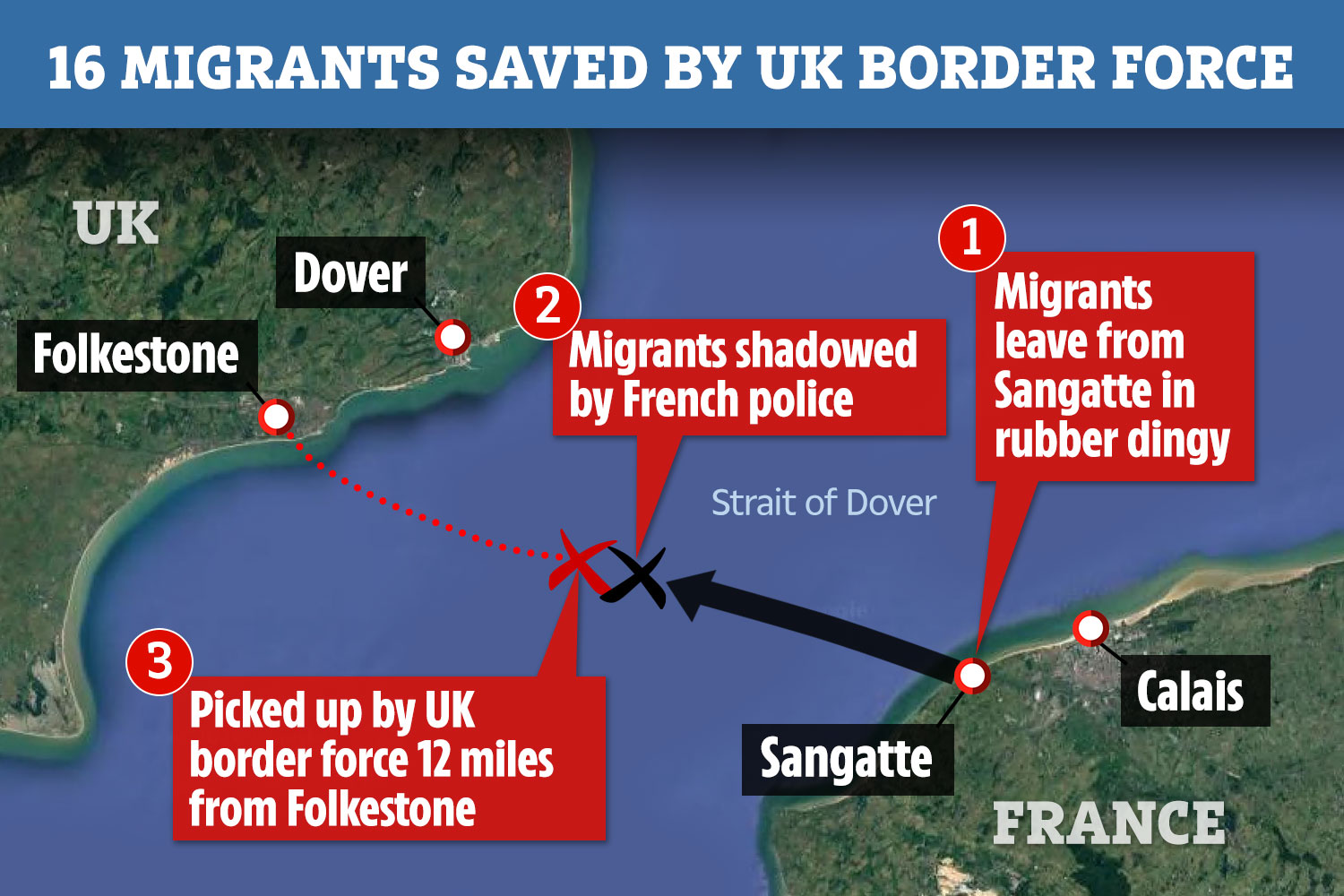 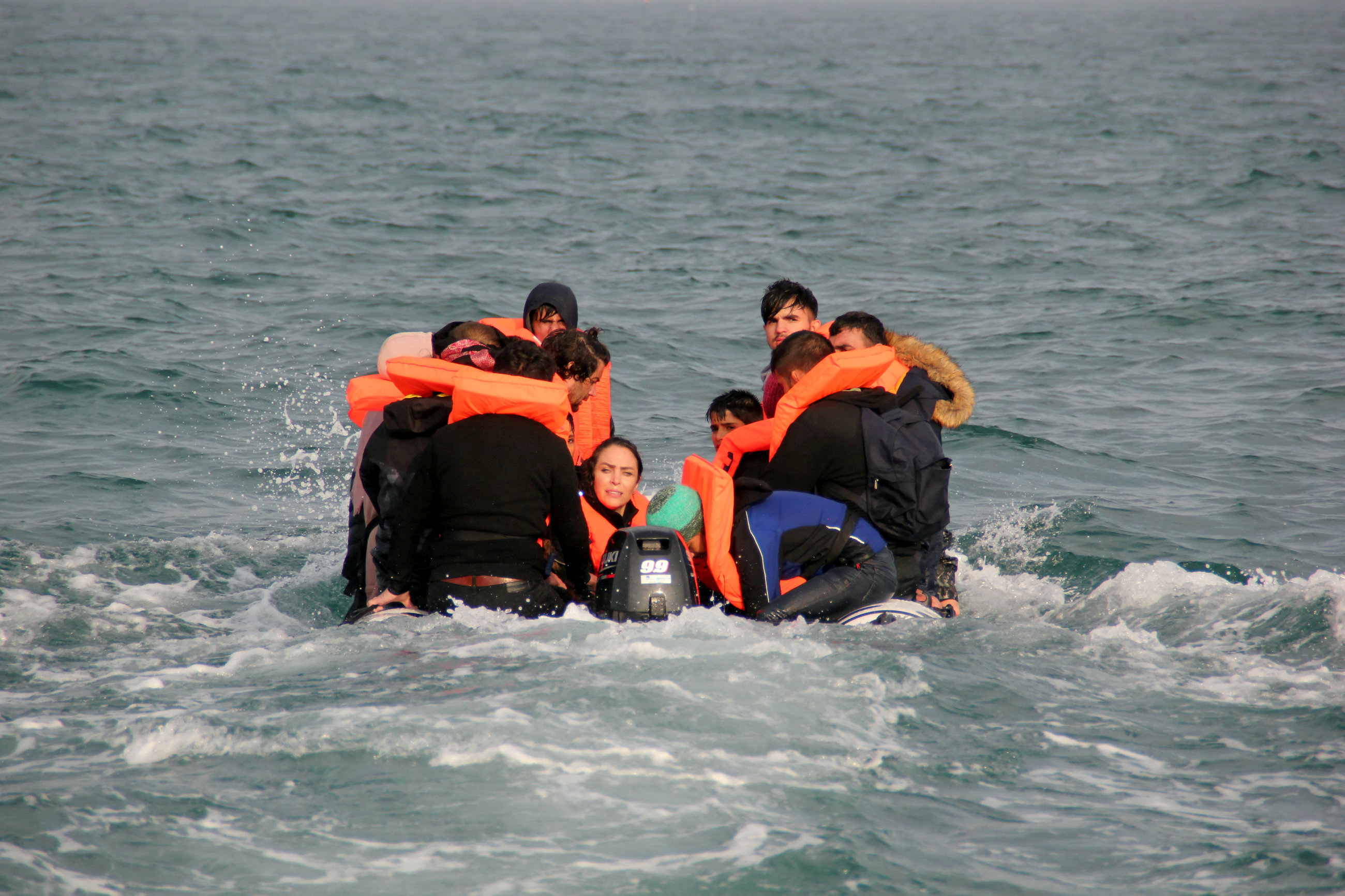 Images show two French border guards on a smaller inflatable boat which was dispatched from the larger naval vessel.

The guards appeared to be checking on the migrants before letting them continue into British waters.

The group of 16, including two women and two children, were left stranded in their overcrowded dingy.

A group on a fishing trip spotted the migrants at roughly 8am while they were in the Separation Zone between the French and English side of the busy waterway.

A UK Border Force Hunter vessel picked up the migrants and took them ashore to Dover, Kent.

One witness said the boat would have sunk if they had not been rescued by a British border patrol. 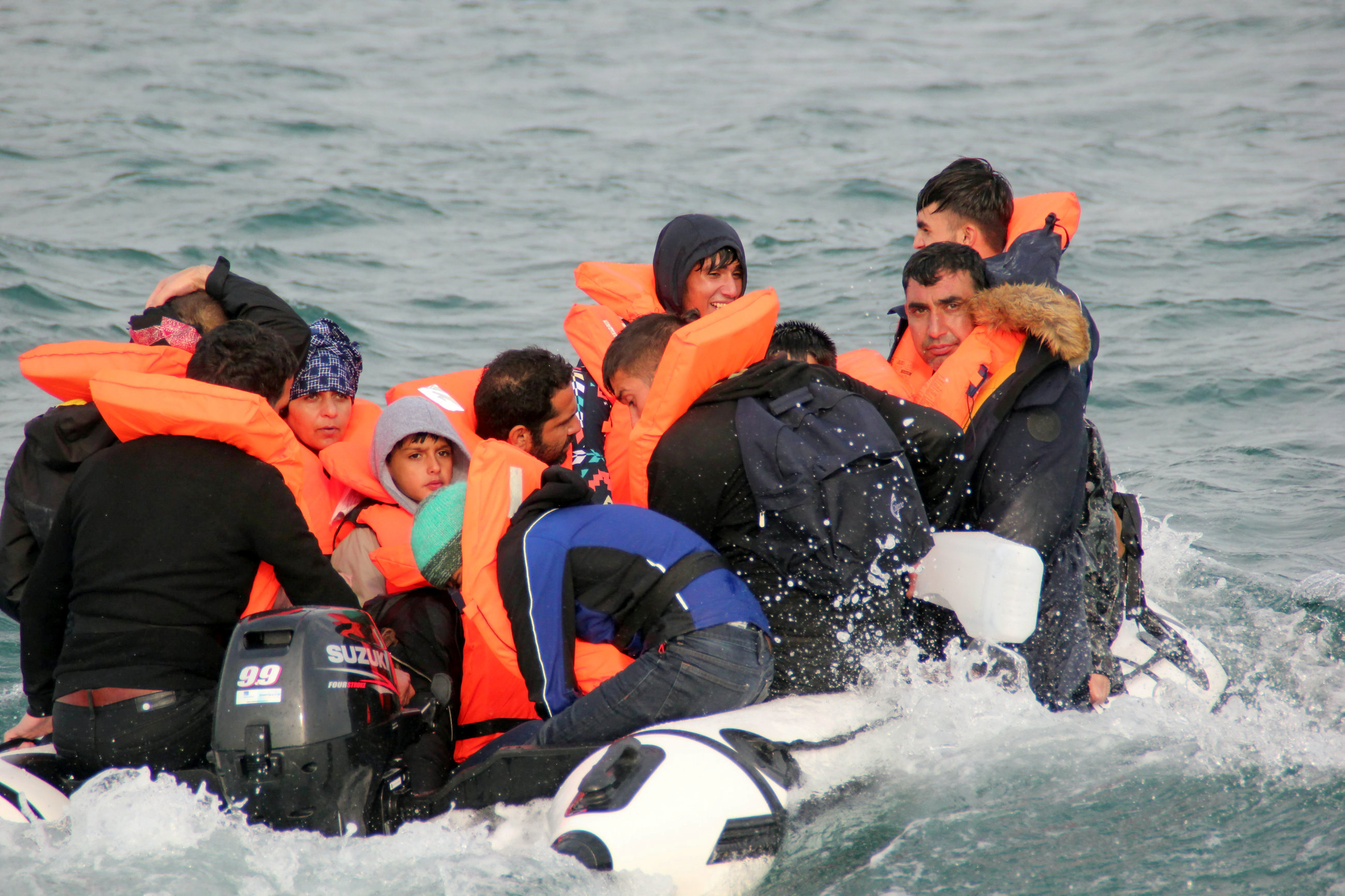 He said: "We saw them about 8am this morning and we were fishing at the halfway mark – which is called the separation zone and is about 10 to 12 miles out. We were on the English side.

"When we saw them we thought, 'why are they not being stopped, why are the French not stopping and helping them?'

"If Border Force wasn't launched to collect them, they would've sunk.

"There was a lot of people in that one boat, there are normally more on some days. They average about three to 22 per boat."

Border Force and French patrols have been increasingly more active in the Dover Strait as the number of migrants crossings has rocketed in recent months.

On Monday a group of 10 migrants was seen running along the shoreline near Dover after crossing the Channel in a dinghy.

Last Friday at least 319 people made the perilous journey on 27 boats, with more than 6,100 arriving in the South East coast on small vessels so far this year.

After a lull in migrants attempting the dangerous crossing over the last few days, large numbers made renewed bids to get to the UK, taking advantage of the better weather, calm sea conditions and low winds. 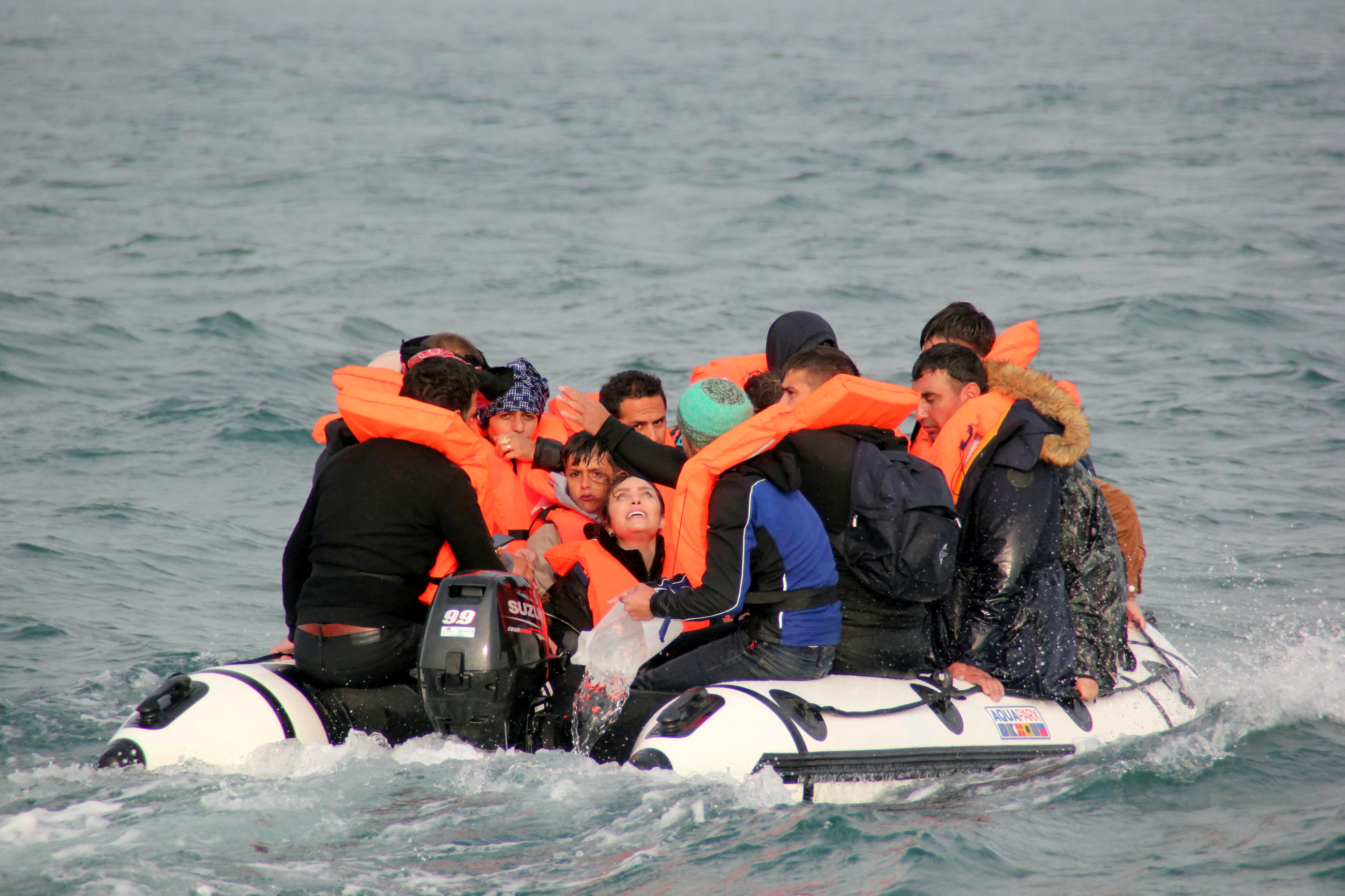 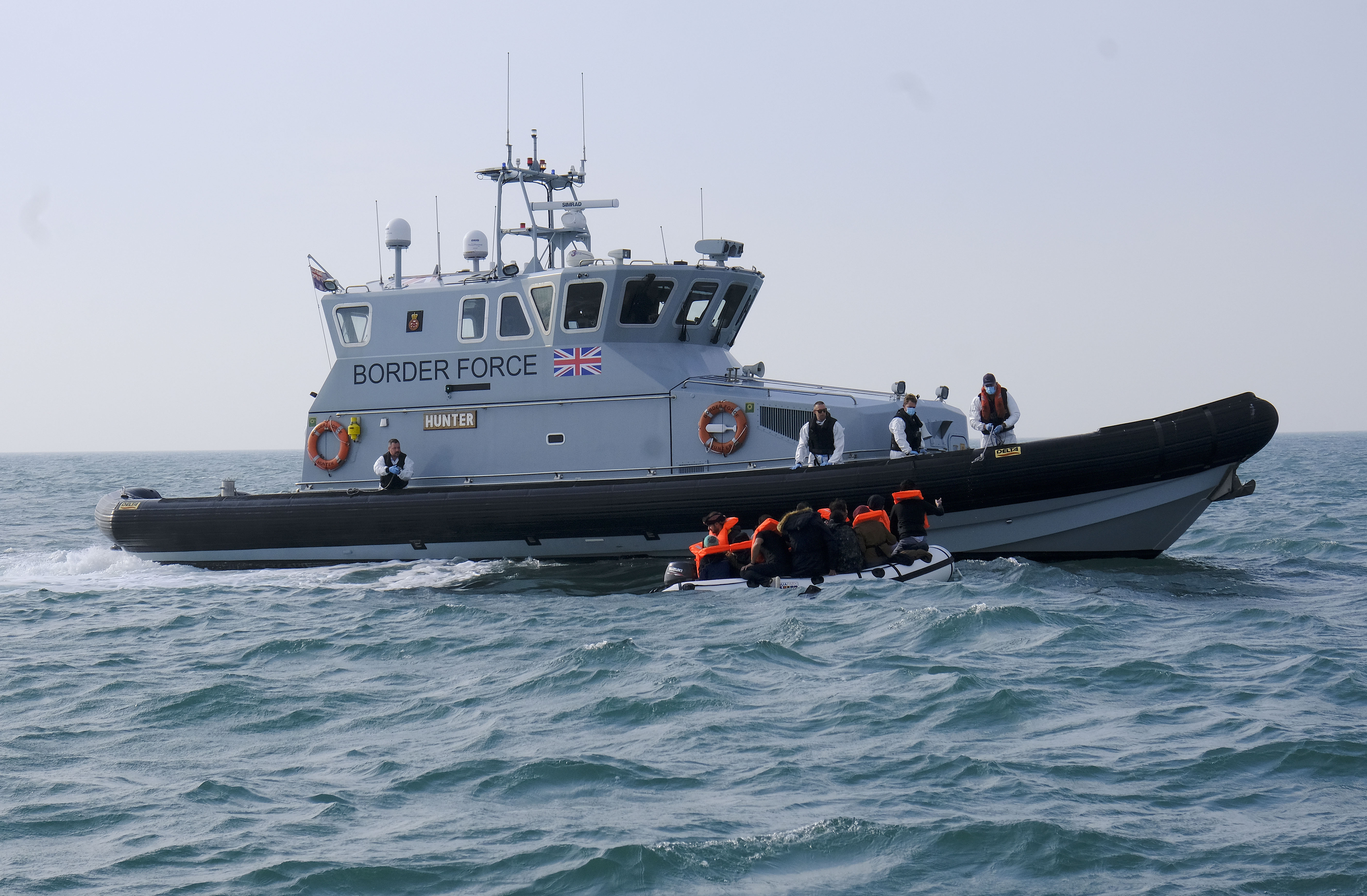 Pelosi pushes for second round of $1,200 stimulus checks and more unemployment cash for Americans out of work