FTSE opens 0.7% up rising 38 points to 5,881 as some countries try to kick-start the economy by partially lifting coronavirus lockdown restrictions

London markets opened up after the Easter holiday today as some countries tried to restart their economy by partly lifting coronavirus lockdown restrictions.

Economic analysts said the slowdown in new coronavirus cases and raft of monetary stimulus measures were helping to cut some of the risks that had threatened a much deeper downturn.

Market sentiment in Britain and elsewhere was also boosted by China’s trade data results coming in better than expected.

Its exports fell last month by 6.6 per cent year-on-year, smaller than the expected 14 per cent fall. Imports slipped 0.9 per cent instead of the expected 9.5 per cent drop. 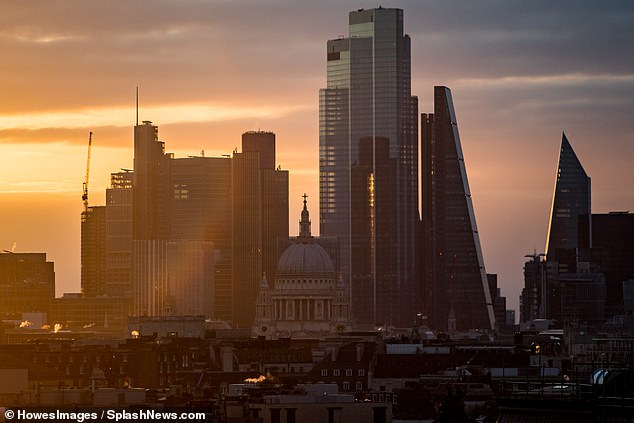 PAST FORTNIGHT: The FTSE has overcome some coronavirus-related losses in recent weeks

Oxford Economics said in a note: ‘Looking ahead, production constraints should no longer be an issue as economic life in China returns.’

Chinese shares strengthened today with the blue-chip index up 1.2 per cent. Australian shares were up 1.7 per cent while Japan’s Nikkei gained 2.8 per cent.

Investors around the world are now eyeing the easing of virus-related curbs in some regions for further trading cues.

In Europe, thousands of shops across Austria are set to reopen today, while Spain recorded its smallest proportional daily rise in the number of deaths and new infections since early March and let some businesses get back to work yesterday. 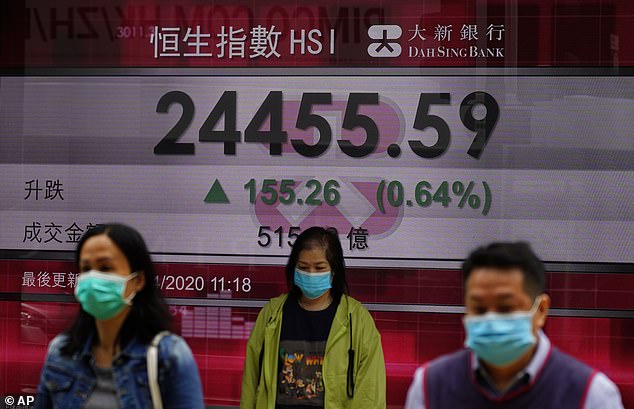 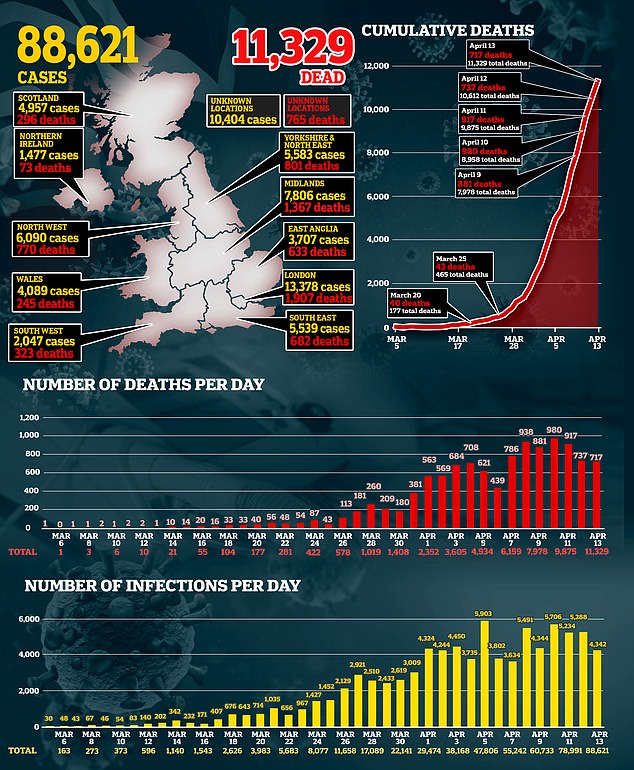 In the US, which has recorded the highest number of casualties from the virus in the world, President Donald Trump said his administration was close to completing a plan to re-open the economy.

In a sign of worries about struggling global demand, oil prices barely reacted to a deal to cut output by a record amount of nearly 10 per cent of world supply.

Skittish market sentiment helped gold prices cling to highs not seen in more than seven years at $1,720.1 an ounce.

How countries around Europe are looking to relax lockdown rules

FRANCE: Lockdown extended until May 11, after which some schools and creches will begin to open as start of a ‘new phase’, allowing parents to go back to work.

AUSTRIA: From today non-essential shops to be re-opened, including DIY stores and garden centres. From May 1, shopping malls, department stores, and hair salons to open. From mid-May, restaurants and hotels to re-open

SPAIN: Around 1.7million non-essential workers were allowed to return to work yesterday

DENMARK: From tomorrow schools and day care centres to be re-opened

SWEDEN: Swedish PM Stefan Löfven suggested measures could be tightened after admitting his country’s response was ‘not good enough’

GERMANY: Non-essential shops and factories have remained open throughout. Yesterday a report urged the government tore-open schools from Monday next week and hand out masks to the public. Angela Merkel to discuss potential easing of restrictions with state chiefs tomorrow

CZECH REPUBLIC: Smaller shops began re-opening on Thursday last week. Larger shops to begin opening and public sector offices to open two days a week from today for three hours a day. They will re-open fully from next week

as, countries, FTSE, partially, up
You may also like: