“Y’all don’t come out when a kid gets shot. Y’all come out when it has to do something with the f**king police,” Englewood resident Darryl Smith screams at protesters through a megaphone in a dramatic video. 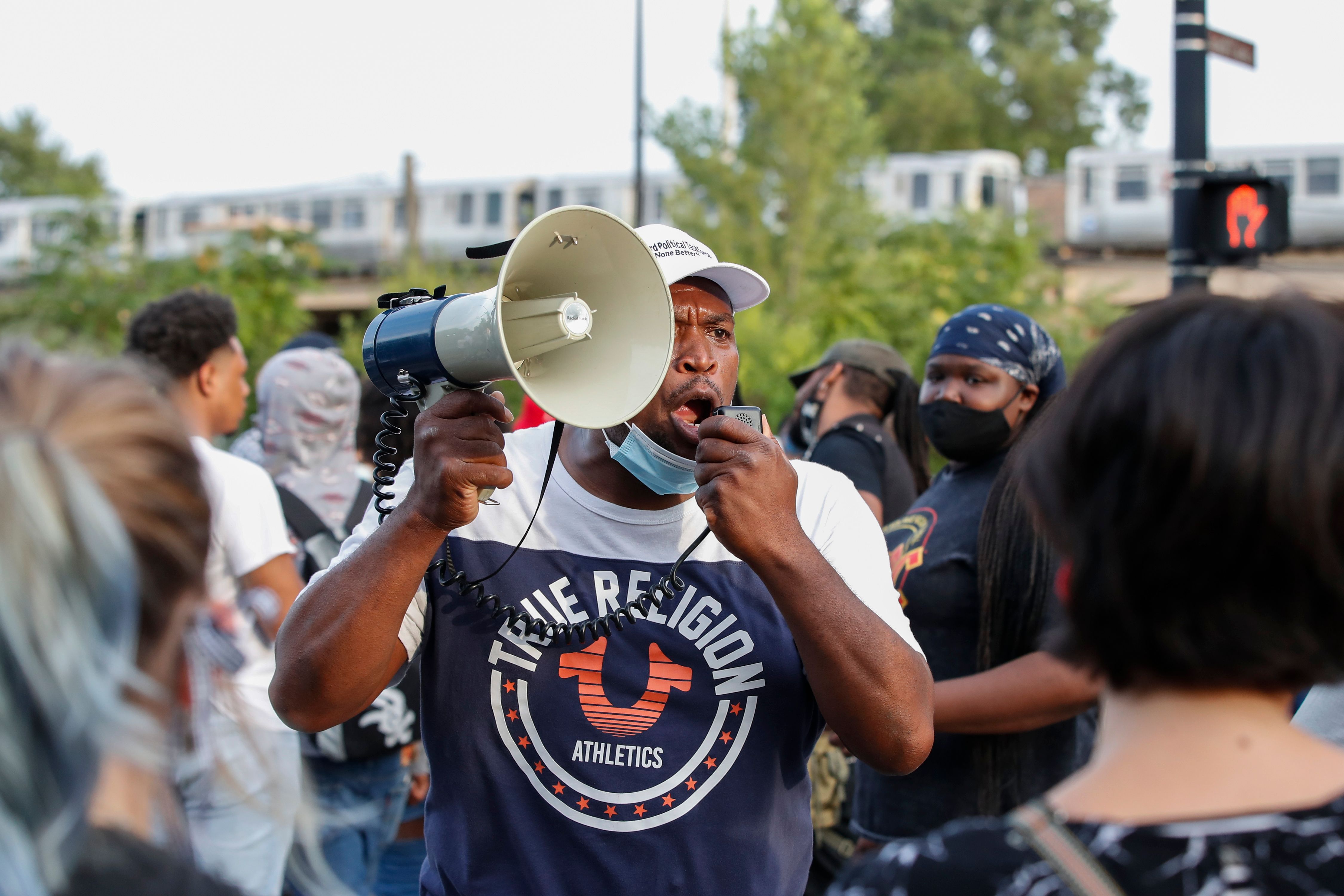 Protesters and activists were then filmed scuffling, pushing and shoving each other as shouting intensified with some protesters trying to block news cameras from filming the fracas, news reporters alleged.

Exasperated voices could be heard telling each other to “calm down” as community members demanded protesters leave.

“If you ain’t from Englewood, get the F*** out of here,” Smith told Black Lives Matter protesters. 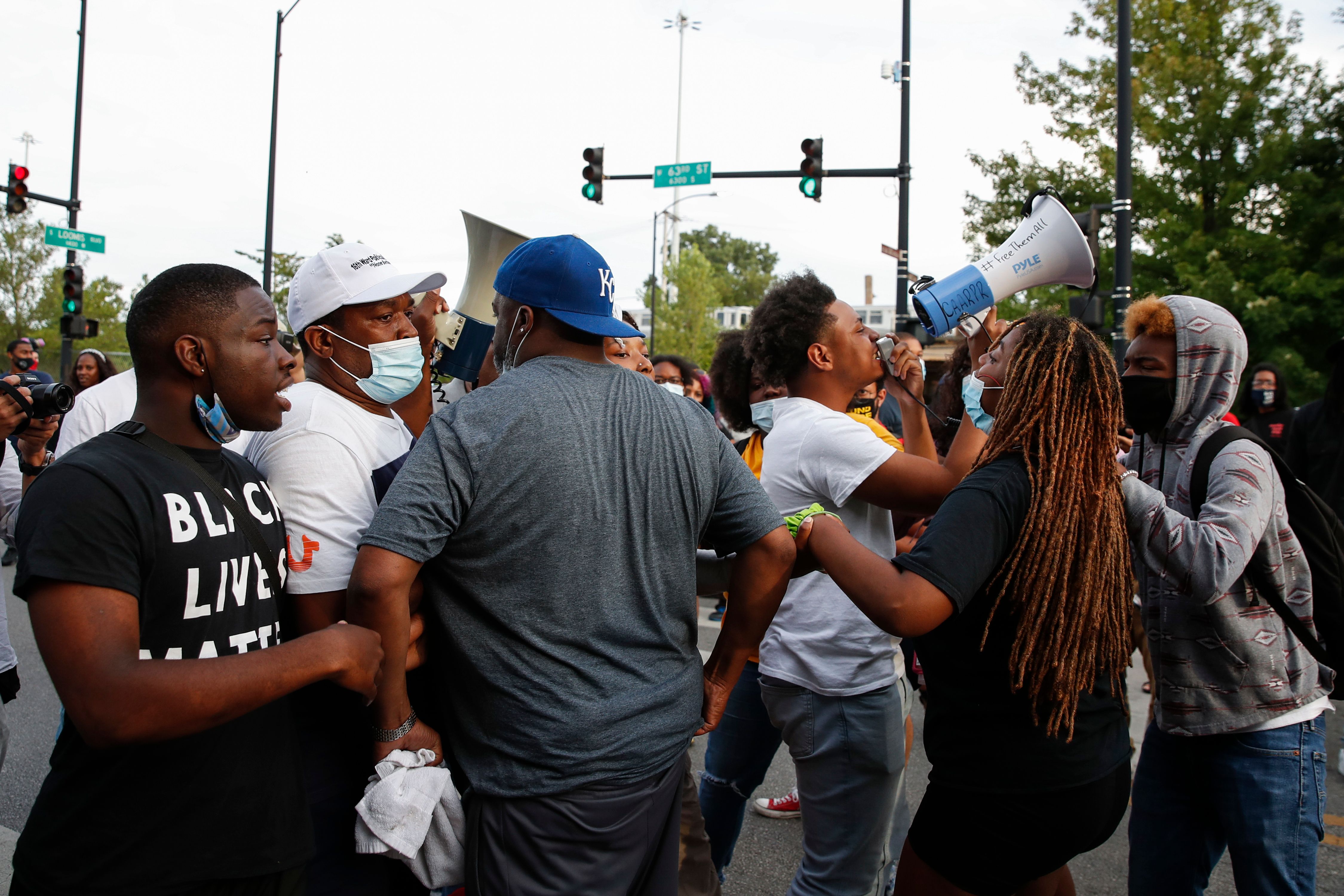 Smith, who has lived in Englewood for 51 years, said there have been “a lot of misconceptions” since the shooting of Latrell Allen.

“A lot of people saying that the looting downtown sparked from Englewood. We’re not having that,” Allen said in a press conference filmed by the Sun-Times.

The Chicago looting erupted after Allen was shot in the shoulder by police in Englewood on Sunday. Cops allege Allen, 20, was armed at a park where kids were playing and shot at cops who pursued him.

Allen has been charged with two felony counts of attempted first-degree murder and one felony count of possession of a concealed weapon and his bond has been set at $1 million, according to WLS-TV. 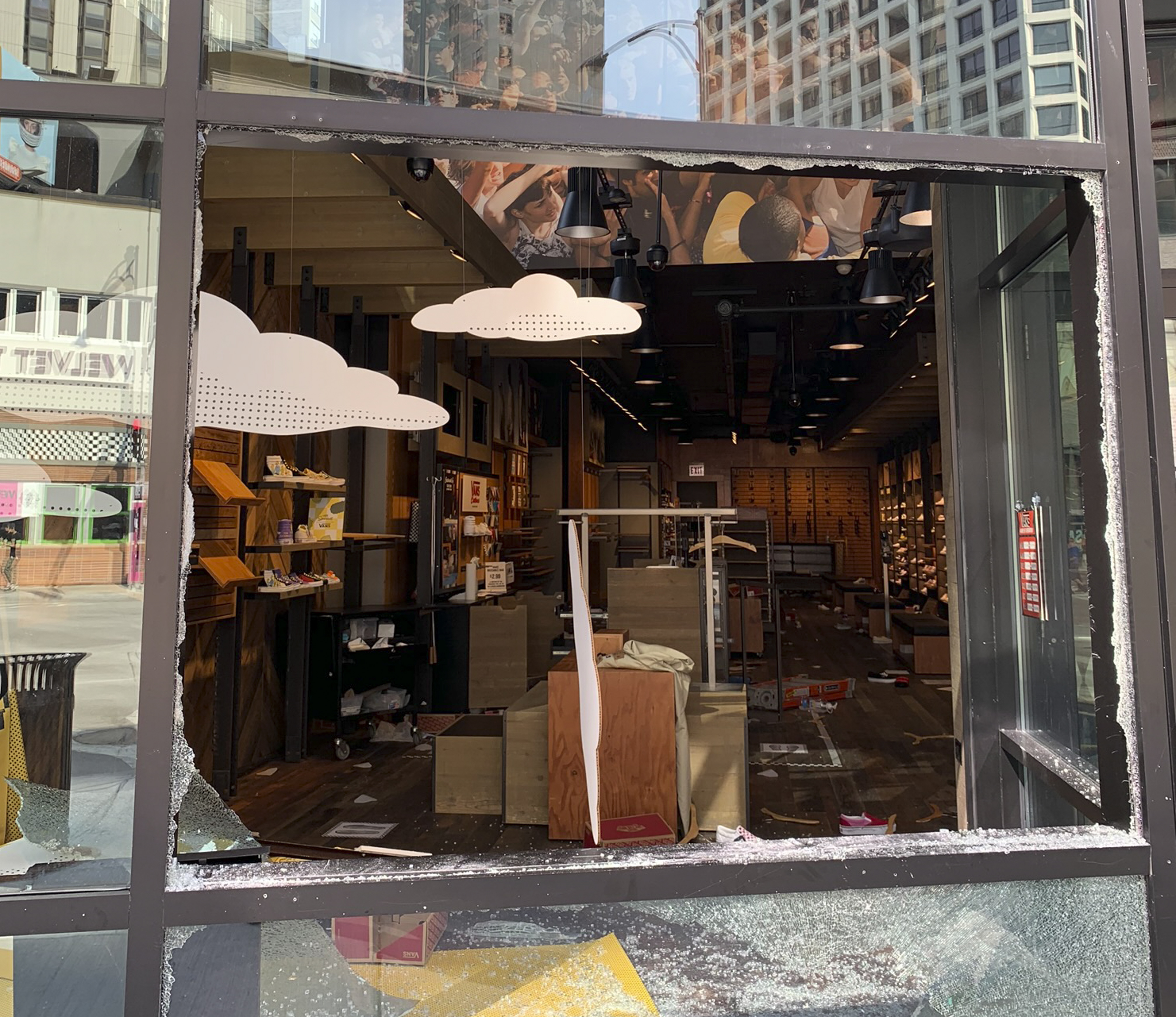 “Let’s be clear. We are coming for you. We are already at work finding you,” Lightfoot said during a press conference.

Smith, however, slammed Tuesday’s protesters as “opportunists” looking to “bust out police windows.””

“We’re tired of Englewood getting the black eye for anything and everything that happens,” Smith said.

“They’re coming to Englewood, antagonizing our police and then when they go back to the North Side and  Indiana, our police are bitter and are beating up our little black boys, so we’re not going to have that.”

Black, fight, Furious:, Liv, locals
You may also like: