Furious mum claims she found a creature's decapitated HEAD in Asda baby food her son, one, was eating

A MUM claims she found a creature's decapitated head in Asda baby food her one-year-old son was eating .

Macala Large, 26, had returned from a tiring day out with Arthur Smith when she grabbed him a ready meal from the cupboard for his dinner. 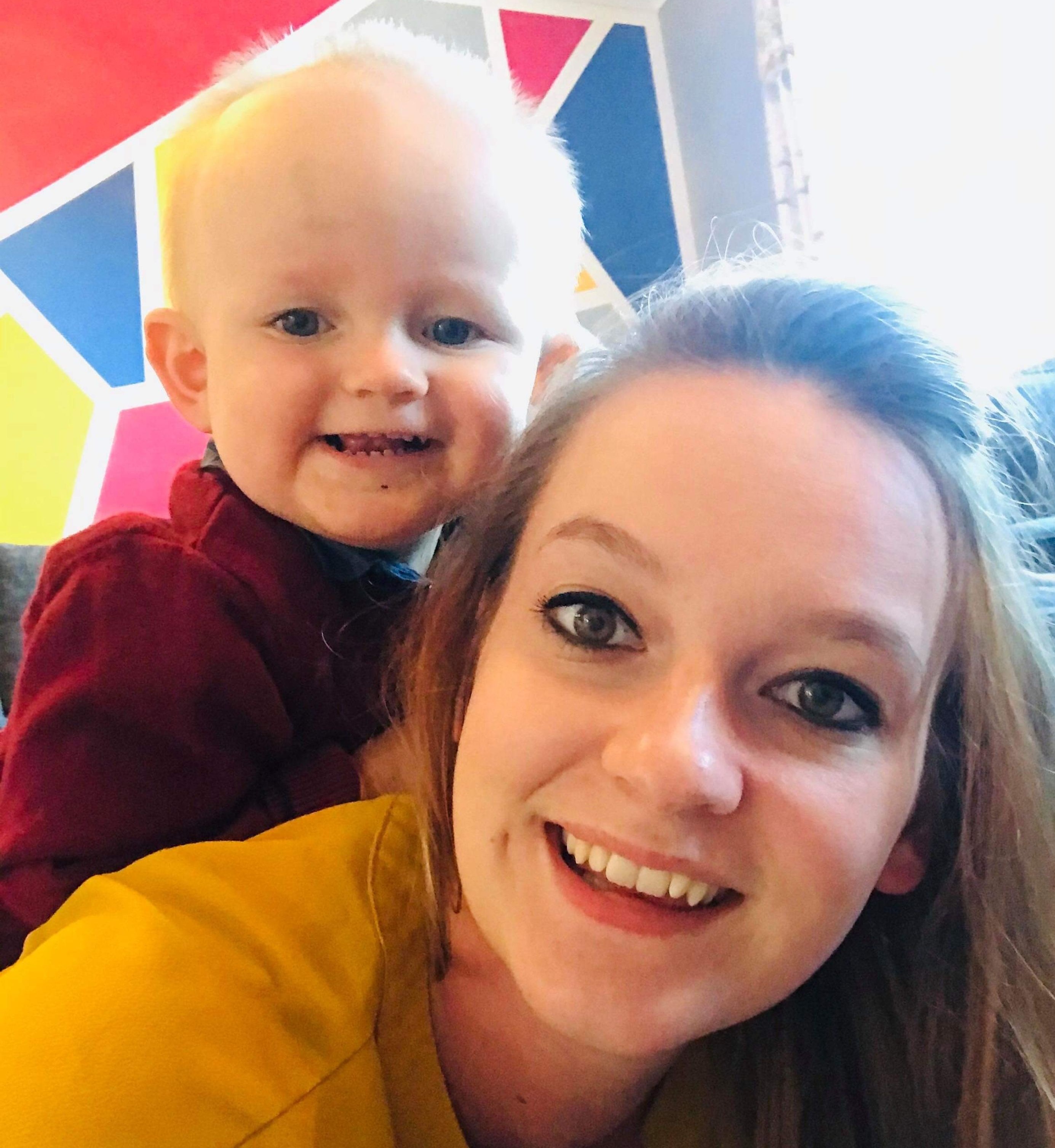 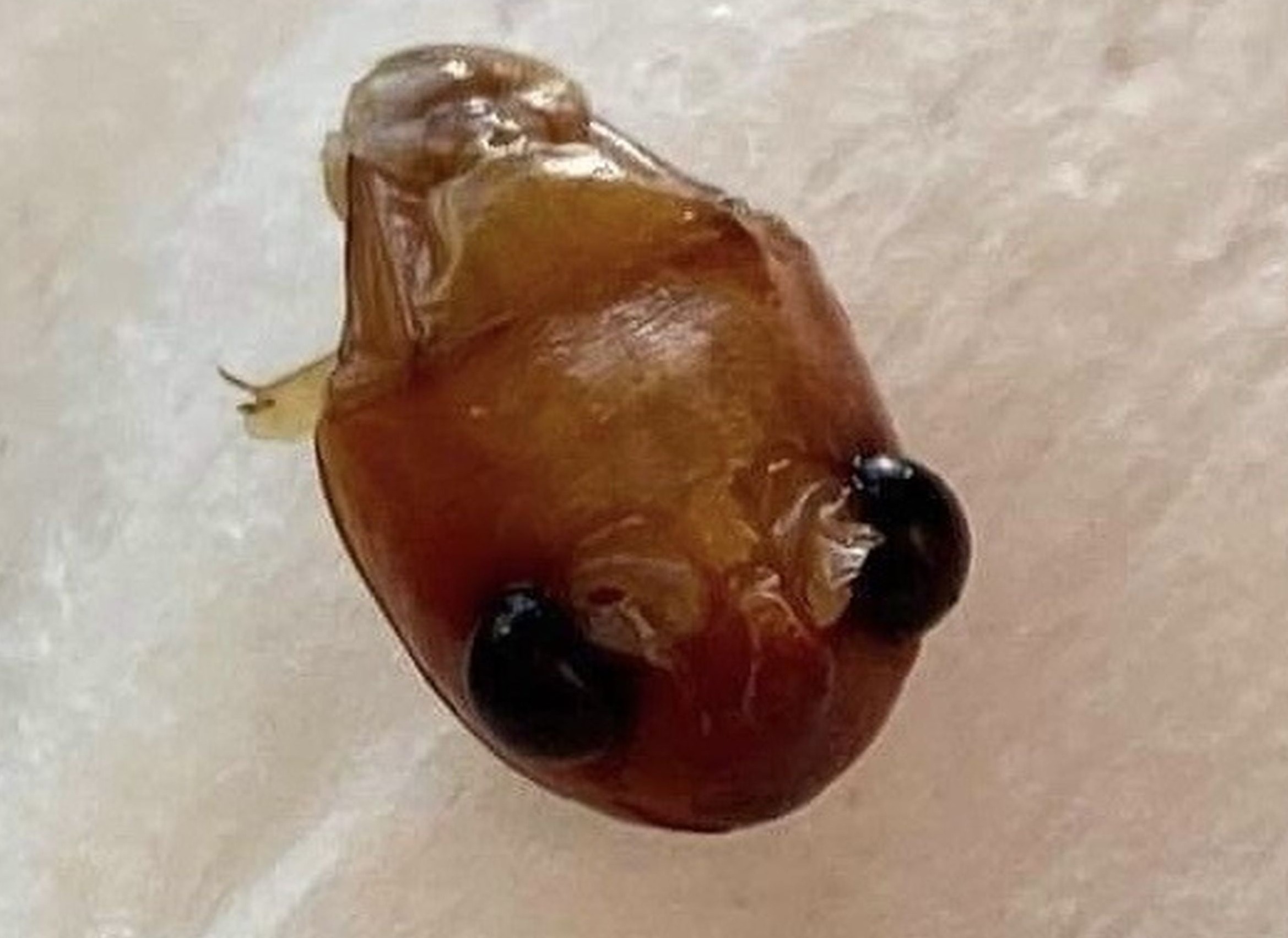 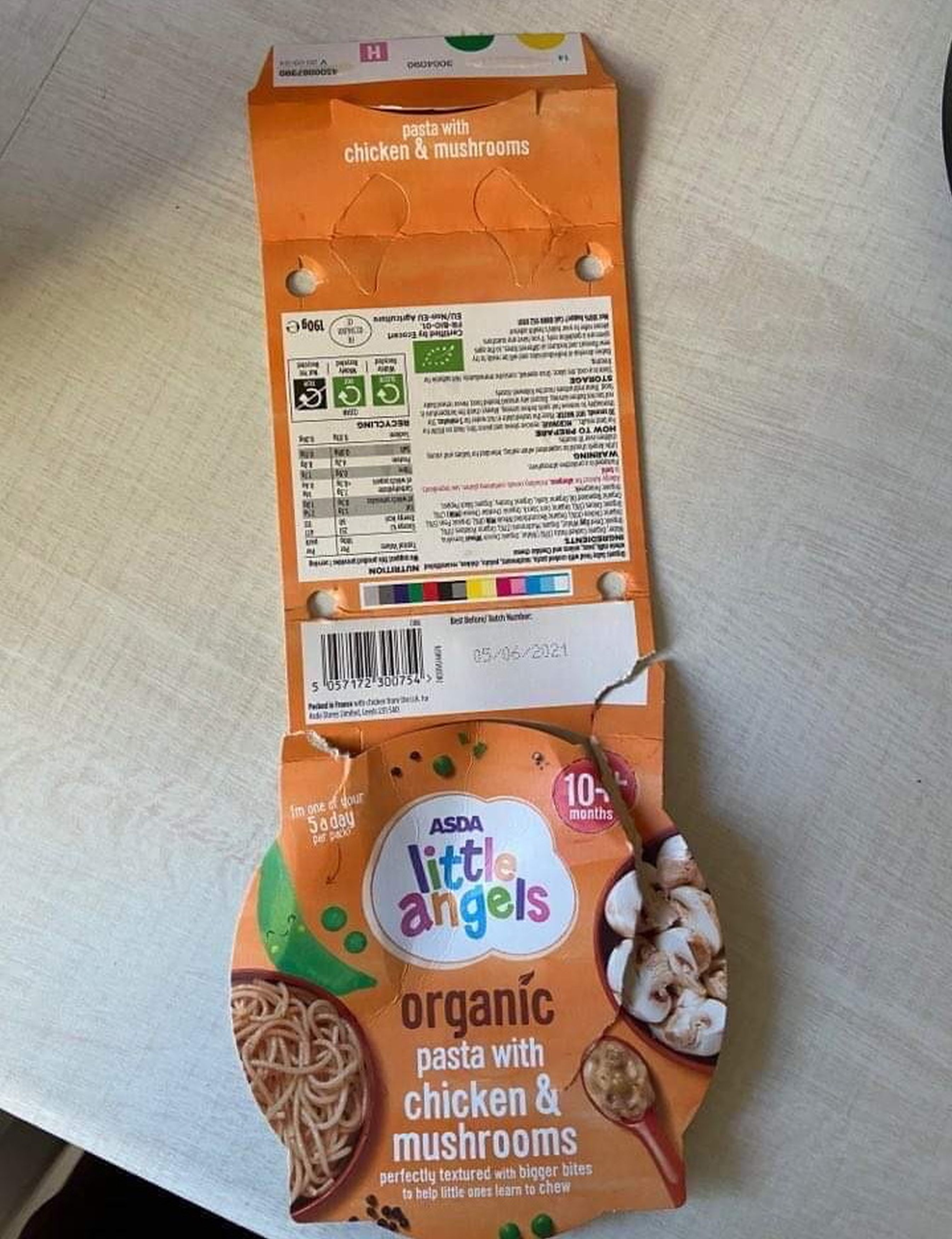 But just as the baby had two mouthfuls left, she noticed what was thought to be a bit of dried mushroom at the bottom of the container.

However she soon spotted it had “eyes” – prompting her to fear that her child had eaten the rest of the grotesque “creature”.

Horrifying images show what appears to be an orange-brown head with two large, black and bulbous eyes.

The “furious” shop assistant marched straight back to the Asda Norwich Superstore where she says staff said that as it's “an animal or creature” it would be immediately sent away for investigation.

But Macala claims the chain has failed to provide any answers in the two months since she reported the grim discovery on September 14, prompting her to now speak out.

She shared her ordeal on Facebook where it amassed more than 1,000 comments, with speculation that the head could belong to a fish, frog, snake, newt or even lizard.

She believes the product Asda Little Angels Organic Pasta with Chicken and Mushroom should be taken off the shelves during the investigation as she fears it could put “lives at risk”.

Macala, of North Walsham, Norfolk, said: "I was disgusted – so many things have gone through my mind – it made me feel sick thinking what it could be.

"I was lucky that I was feeding him that particular time as it was at the bottom and he ate the whole thing before I actually found it – he had about two mouthfuls left.

I was disgusted – so many things have gone through my mind – it made me feel sick thinking what it could be."

"It was hard so I thought it was a dried bit of mushroom – until we cleaned it and saw its eyes.

"I was poking it for a little while – I said what is this? My partner looked at it and said 'it's the head of something'.

"It looked like it had been broken up – my immediate thought was 'omg has he eaten the rest without me realising?'."

Macala claims that as the food came in a plastic container with a sealed lid that was only peeled off right as she served it, there was “no way” that anything could have got in it while in her possession.

She added: "The staff thought it was disgusting and were really shocked – they couldn't believe that it was actually in baby food.”

Macala claims she was told by Asda that they take “matters like this very seriously – especially in baby food”.

But she was “disappointed” when a letter arrived in the post the next day informing her that they'd aim to let her know the outcome within 40 working days.

Macala said: "Forty working days isn't taking it seriously – and I wanted to know what was in my baby's food.

"At that point I was very angry – that's a long time to leave baby food on the shelf for somebody else to buy in case it does contain another one of these, or it does contain the rest of it.

"It's way too long to leave something on the shelves that they don't know what it is – especially when it could put somebody's life at risk."

An Asda spokesperson said: "We investigate complaints about our Little Angels products with the utmost importance, and whilst the process can take some time we hope that this reassures our customers that we are conducting an in-depth investigation.

"In cases like this, that process involves looking at the manufacturing process and where foreign objects could find their way into a product – from field to fork.

"We are very sorry for any distress this complaint has caused Macala but would reassure all our Little Angels customers that have not received any other complaints of this nature and we are continuing to investigate with our supplier." 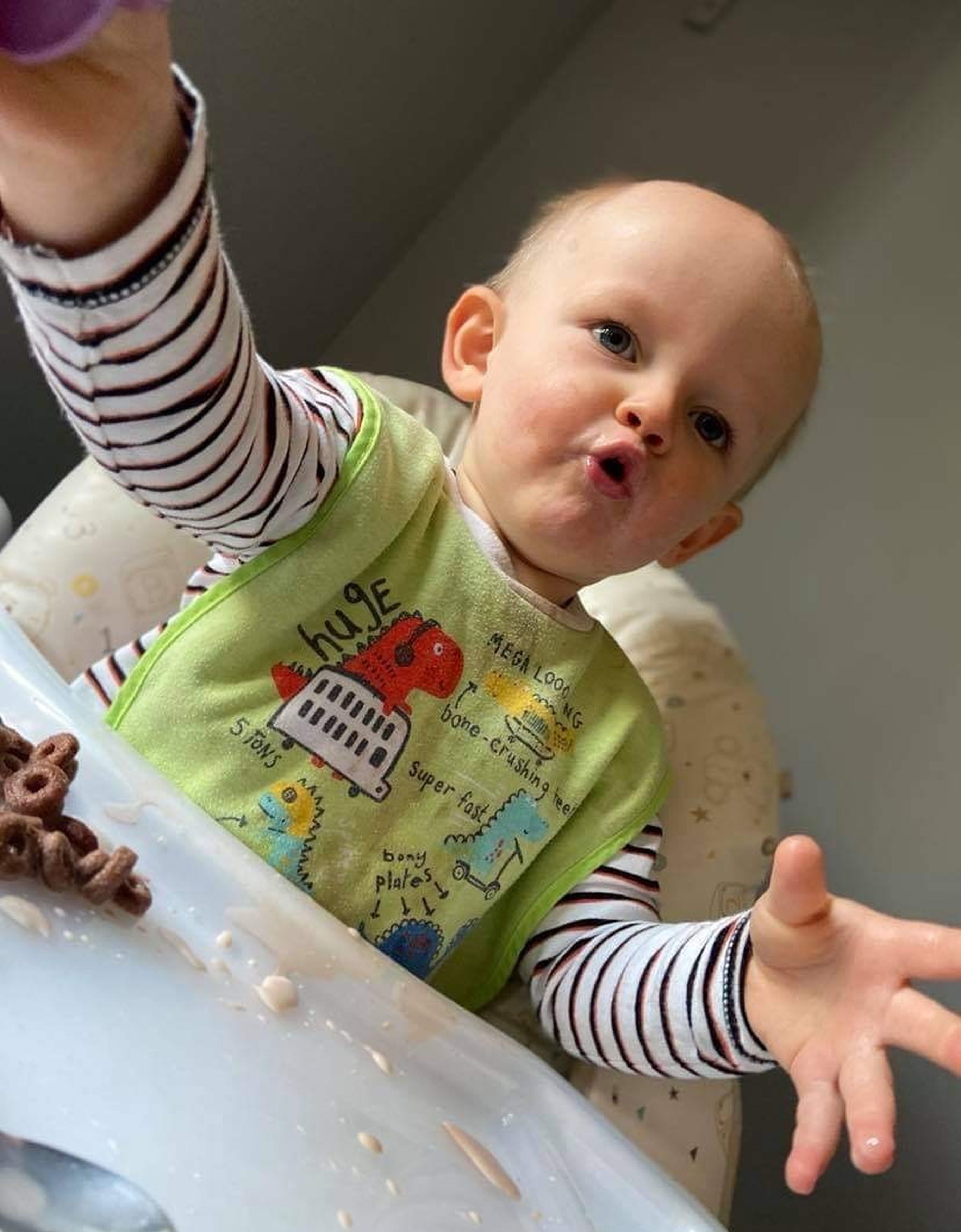 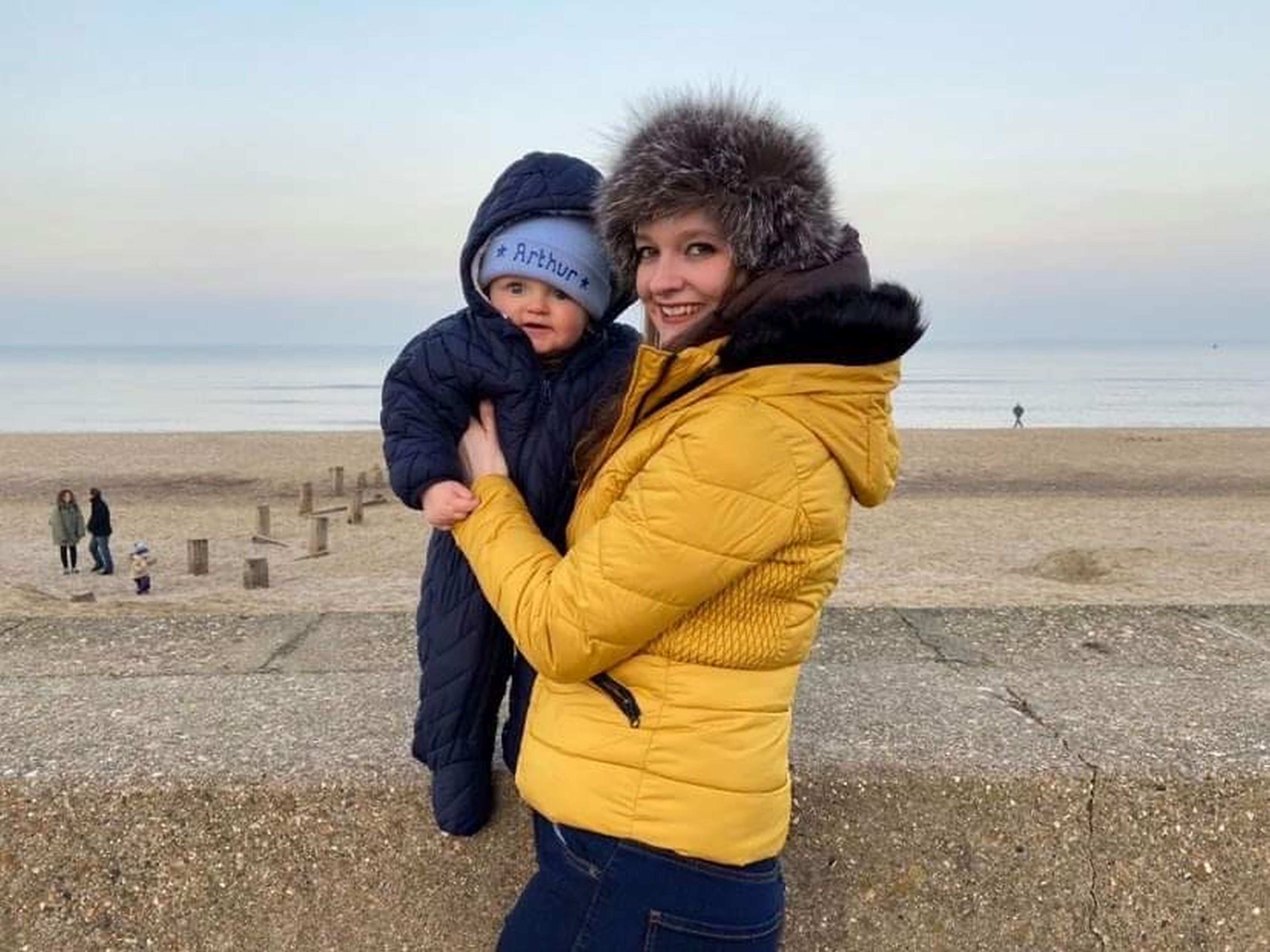 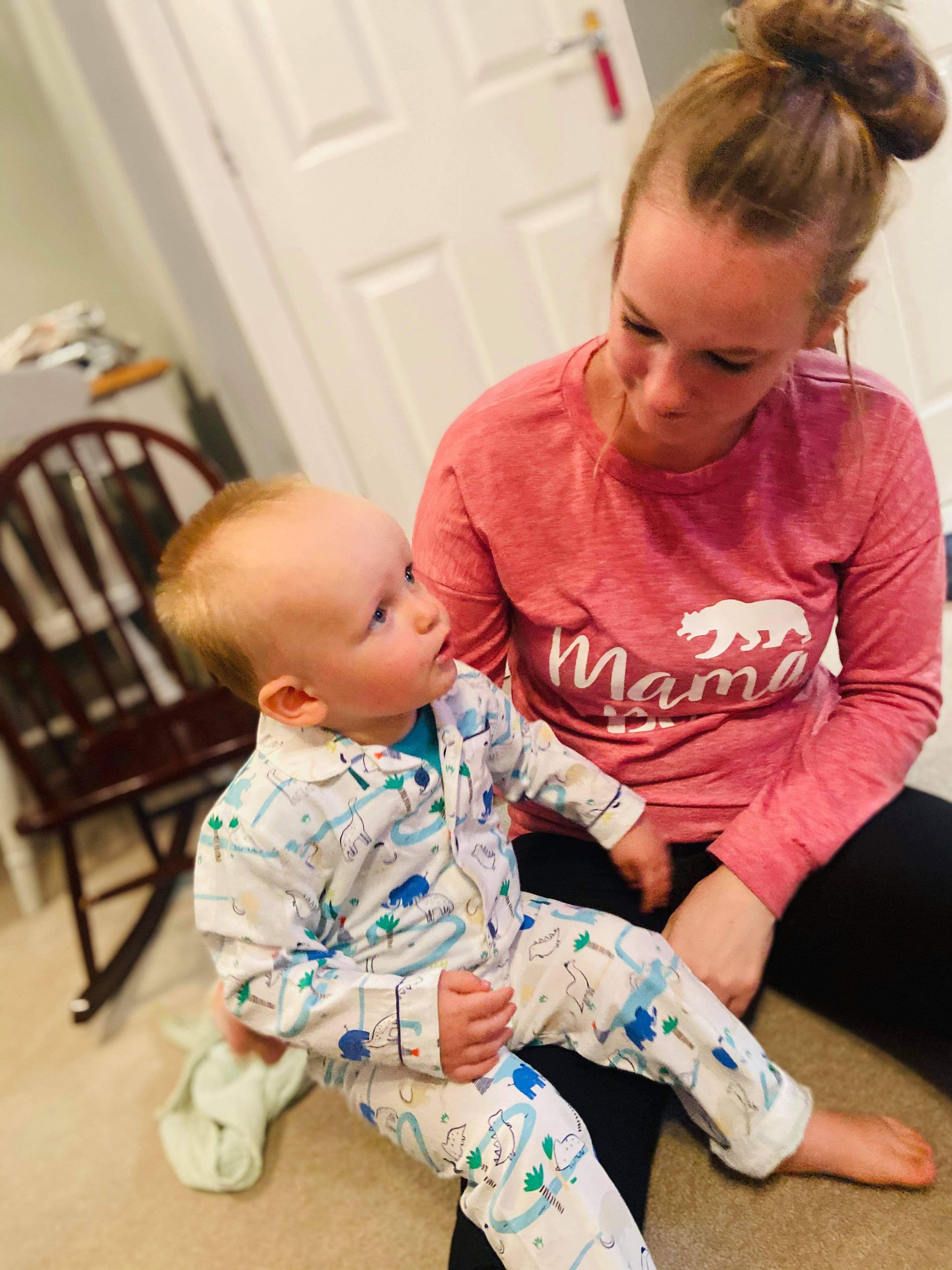 a, claims, found, Furious:, mum, She
You may also like: