CNN's Brooke Baldwin broke down in tears on air while discussing the killing of George Floyd by a cop who pinned him to the ground and knelt on his neck.

The anchor had been interviewing Andrea Jenkins, who represents Minneapolis City Council Ward 8, where Floyd died on Monday in custody, when she became tearful, saying "she was so angry". 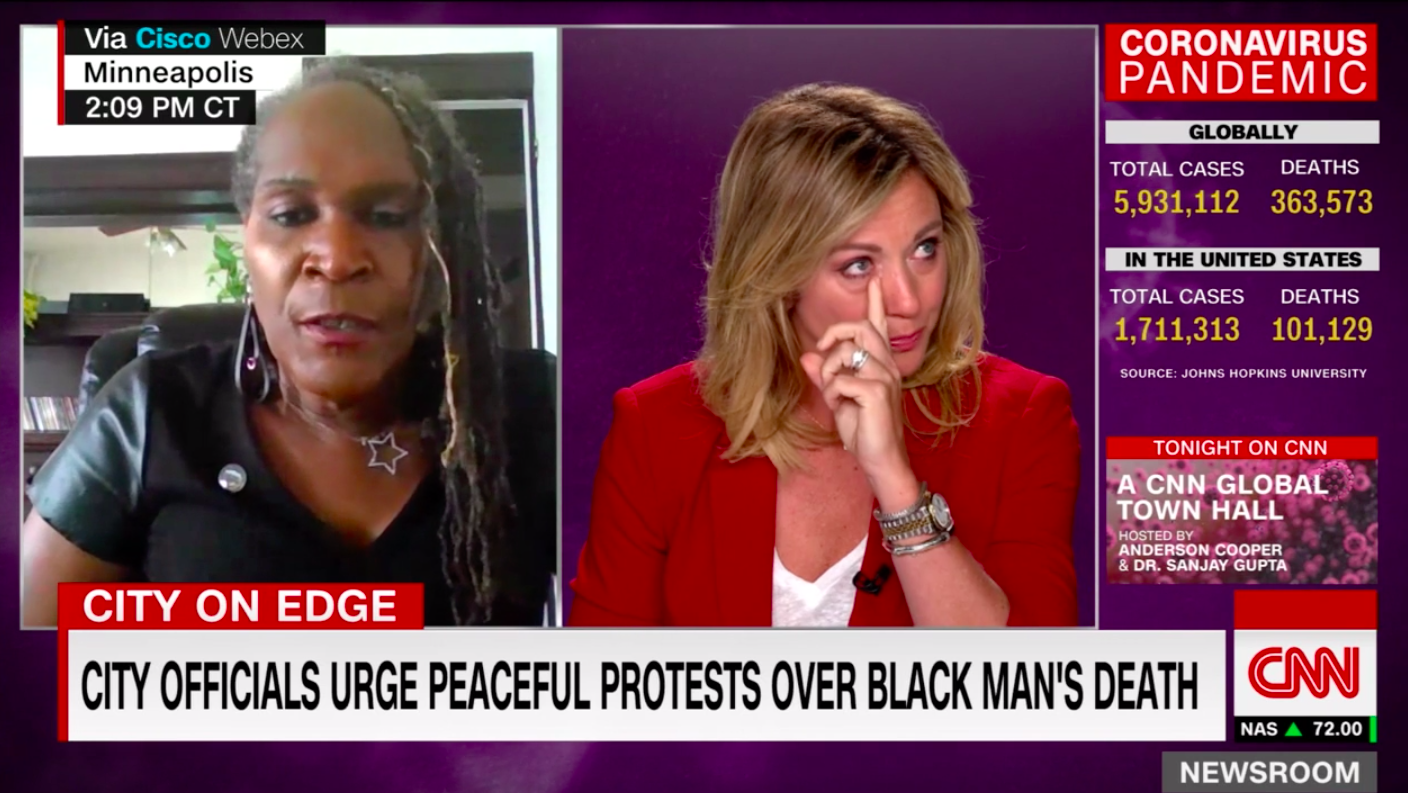 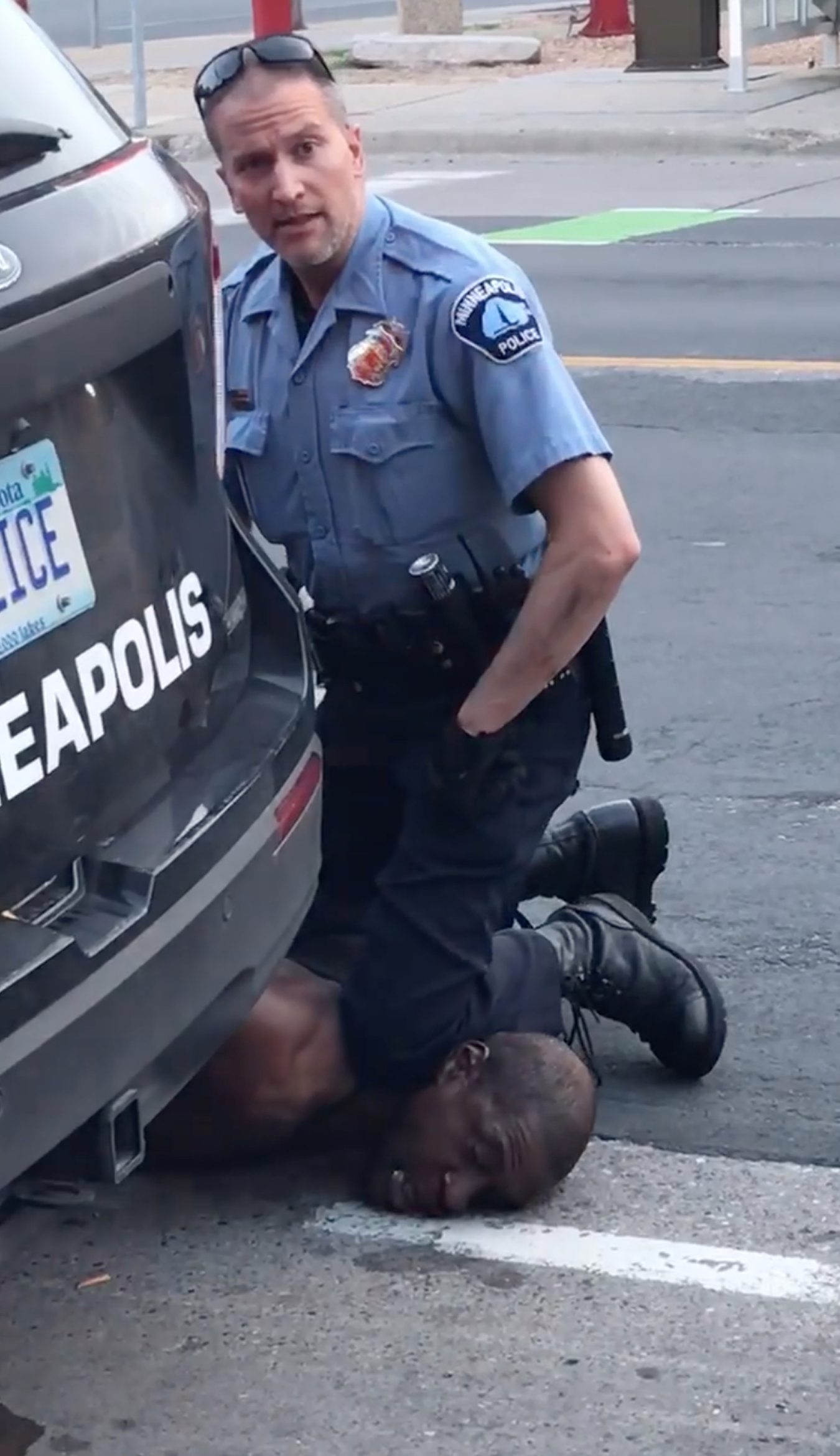 In the introduction to the interview, Baldwin was shown a clip of Jenkins singing "Amazing Grace" during a city council meeting.

Just as the talk began, she struggled to hold back tears, she said: "That voice you just heard was that of Minneapolis city council vice president Andrea Jenkins who joins me now.

"Excuse me, Miss Jenkins, your voice, that song, with just everything that’s been happening."

Jenkins herself tried to hold back her emotions as Baldwin described how Floyd was killed.

The anchor said: "You [Jenkins] have said that George Floyd’s death felt like a symbol ‘For a knee on the neck of black America'.

"There are so many emotions as I’m sitting here listening to you, I’m having my own. I’m surprised at my own emotions on TV with you.

"As a white woman, aware of my own privilege in this country, I’m so angry, I can’t even begin. Forgive me [for crying].”

As a white woman, aware of my own privilege in this country, I’m so angry, I can’t even begin. Forgive me [for crying]

"I think that’s what sparked so much outrage is there was no regard for humanity or human life in the video we witnessed."

The four officers involved in Floyd’s death have been fired, but his family has said that they want them all to be charged with murder.

A video of the incident went viral and violent protests have broken out in Minneapolis and cities across the United States.

A demonstration in Columbus last night which began peacefully soon turned violent, with windows smashed at the Ohio Statehouse and storefronts along surrounding downtown streets.

A CNN reporter has been arrested live on air while covering the protests.

Omar Jimenez was detained along with members of his production team in the middle of a broadcast just after 5am this morning. 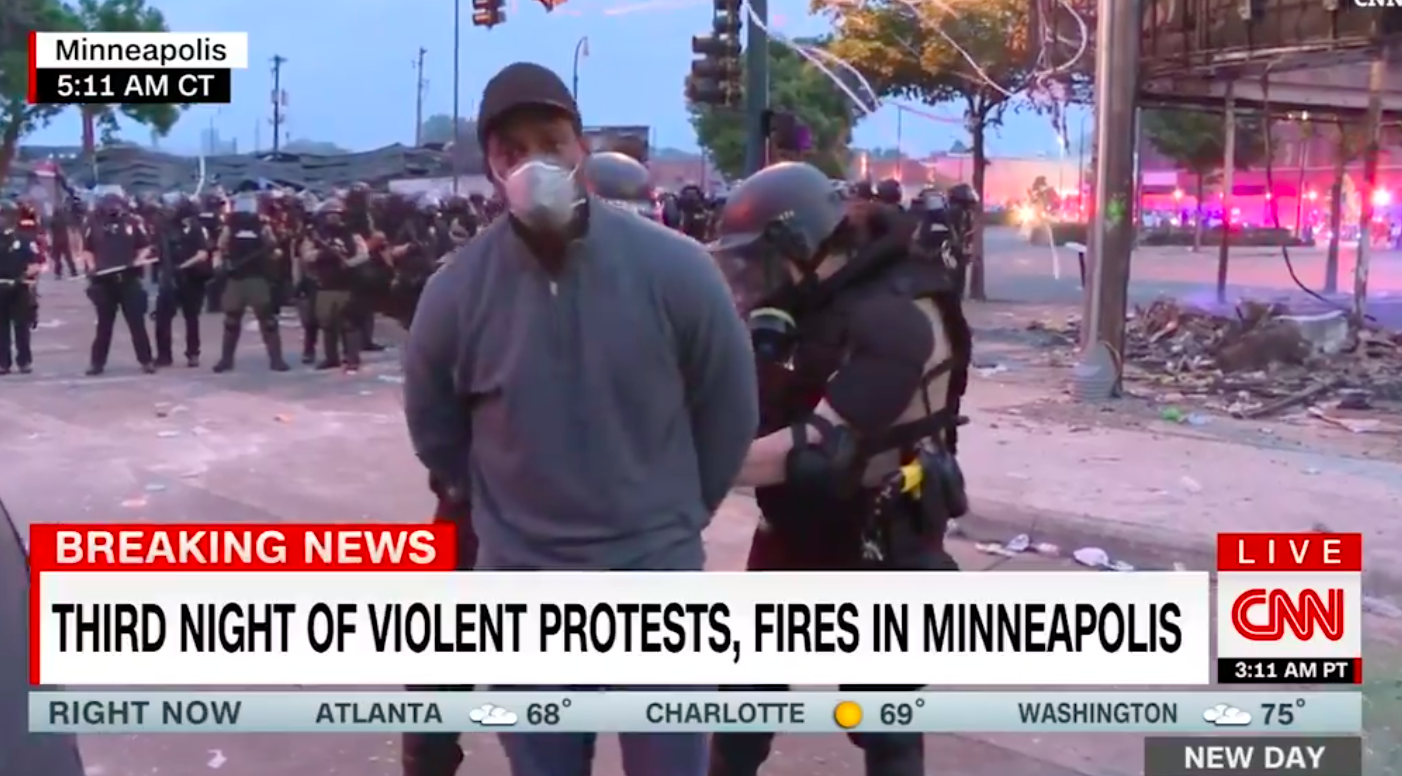 The crowd of around 400 people entered into a standoff with Columbus police last night, blocking the intersection of key streets in the Ohio capital for hours, the Columbus Dispatch reported.

The demonstration began as a peaceful protest, but news outlets reported protesters began throwing objects like water bottles at officers, who responded by using tear gas on the crowd.

Some protesters attempted to breach the Ohio Statehouse later on.

–, Brooke, cnn, Floyd, George, host
You may also like: