A MAN has been shot dead by police in Louisville, Kentucky, who say they came under fire while attempting to break up a gathering.

The incident occurred at 12.15am, an hour after a curfew imposed on the city after several nights of protests against the fatal shooting of a nurse by cops. 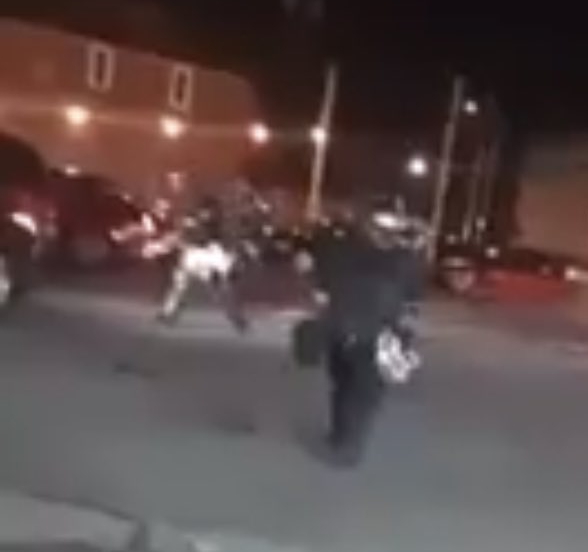 Cops say shots were fired at them first as they tried to clear a large crowd in a parking lot, WLKY reports.

They returned fire and one person was at at some point shot dead.

The station reported that a that bystander said before man was shot and killed, people were not protesting but instead just ignoring the curfew.

The chief of the Louisville Metropolitan Police Department, Steve Conrad, told local media that several persons of interest are being interviewed.

The incident comes after several days of protest over the death of Breonna Taylor, a 26-year-old frontline medic who was shot dead at her home in Louisville, Kentucky, on March 13.

Taylor, an emergency medical technician, was shot eight times by police in March as they looked for a suspect that they had "already arrested".

In the protests that followed seven people were shot on leaving one in a critical condition.

The lawsuit states: "Breonna had posed no threat to the officers and did nothing to deserve to die at their hands."

For the latest news on this story keep checking back at Sun Online, where we will bring you live updates as soon as they happen, before anyone else.

Thesun.co.uk is your go to destination for the best celebrity news, football news, real-life stories, jaw-dropping pictures and must-see video