Around 8.5million extra cars are predicted to make journeys this weekend as families kick-start long weekends in sweltering Spring temperatures. 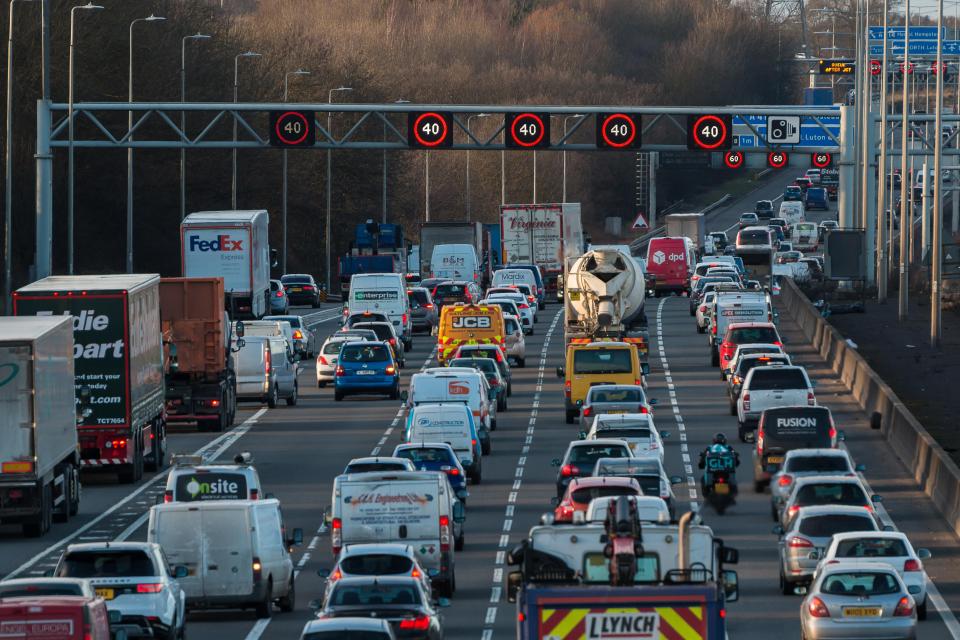 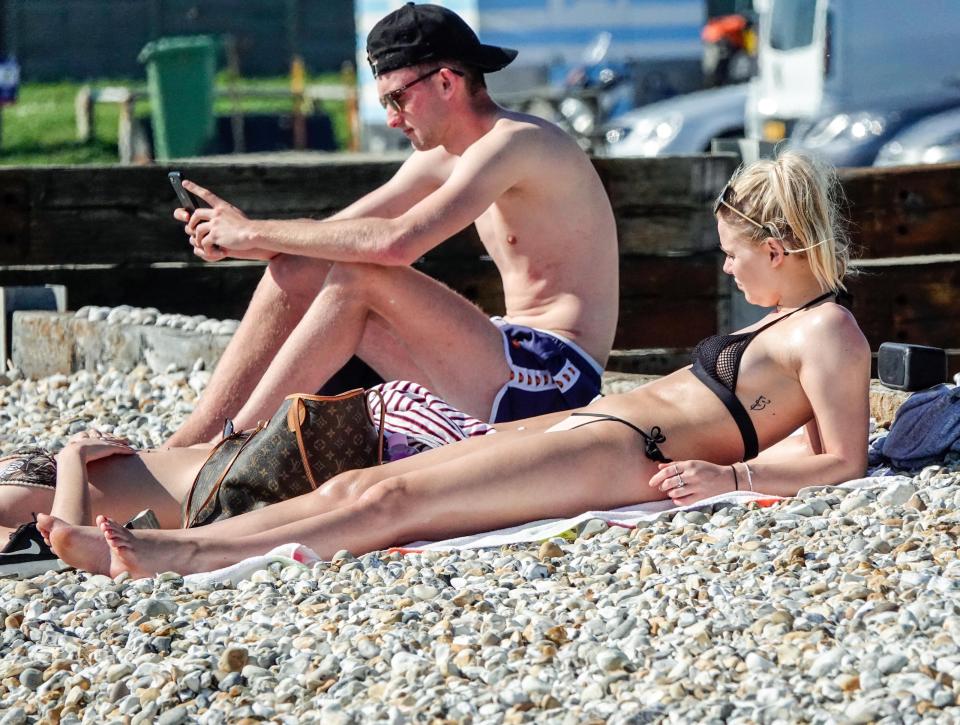 Some 3million will make a dash for their cars after work on Friday – with a further 2.5million following on Saturday.

Millions more will travel to see friends and family on Sunday and Monday, according to the RAC.

Combined with normal weekend traffic, coastal regions and major roads leading into them are likely to to be hardest hit with massive congestion.

Rod Dennis, of the RAC, warned of Bank Holiday traffic chaos if the weekend was a scorcher as predicted. 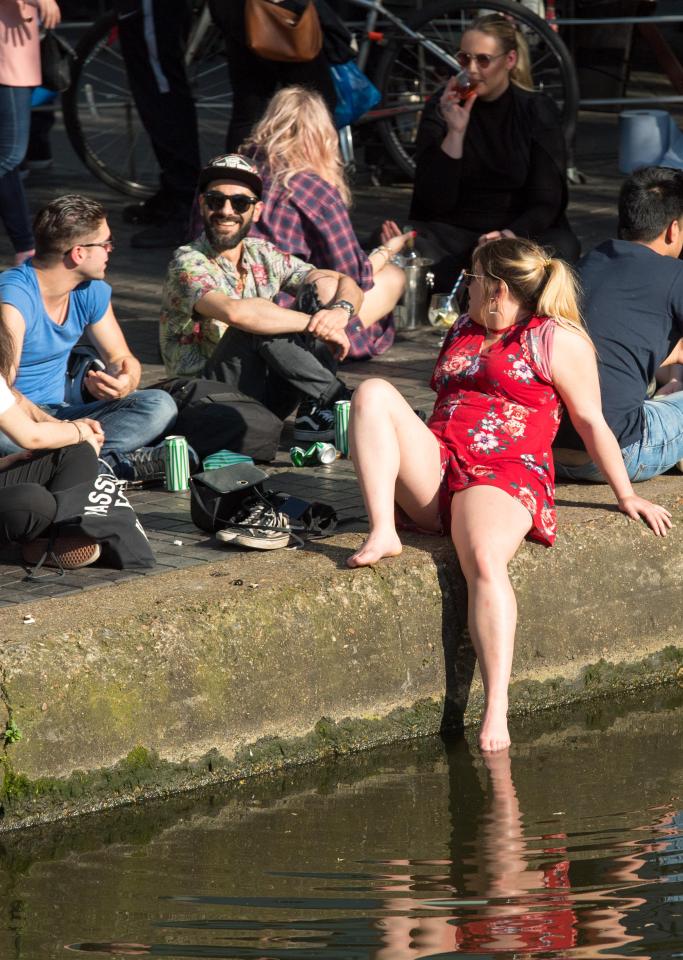 He said: “While motorists have told us about their firm travel plans as part of our research, if we see things really warm up by the weekend it’s likely to mean millions more cars on the road, which is bound to cause queues on popular routes.

“We urge all drivers to give their cars a quick once over before they set off, especially if they are planning on driving any great distance.”

Network Rail is seizing the opportunity for a raft of engineering work over the weekend – including key routes in and out of London, Bristol, Cardiff, Exeter and Liverpool. 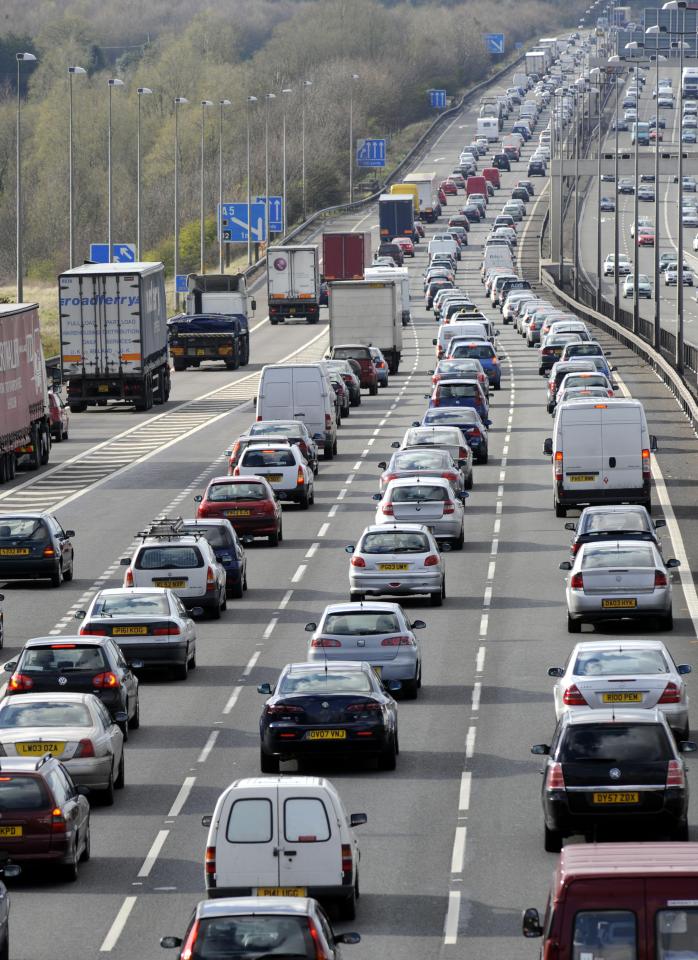 Eurostar routes to Paris may also face cancellations because of worker strikes in France.

Plane journeys across the Channel are likely to be disrupted as Air France pilots, cabin crew and ground staff stop work in a row over pay.

The airline has already cancelled three of six flights from Heathrow to Paris.

Train and air passengers are being urged to check their services are still running before heading off on their journeys. 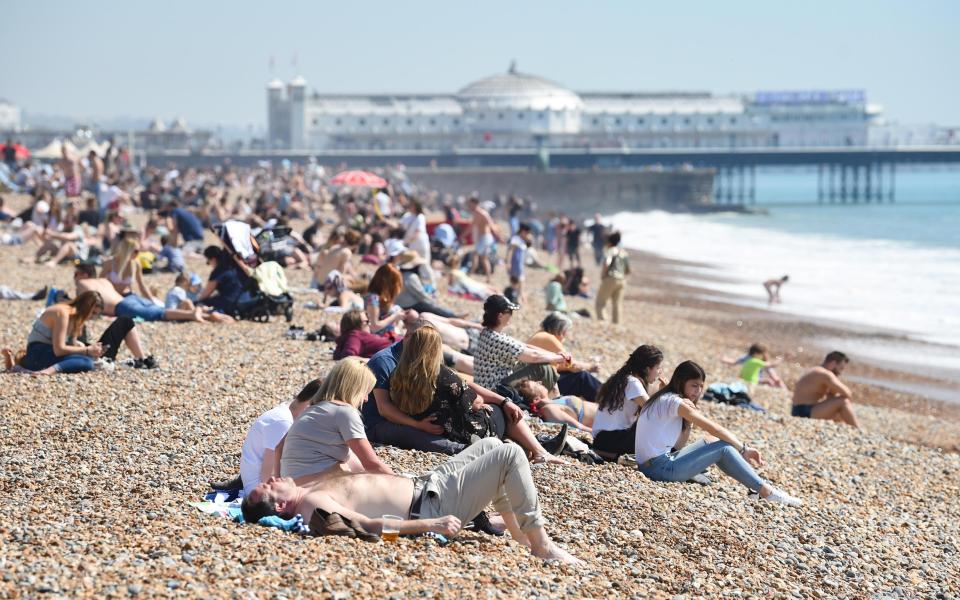 For those staying in Britain, temperatures could reach a balmy 28C by Monday to make it warmer than the French Riviera, Spain and Morocco.

The south of England is likely to see the best of it but other parts will still revel in mid to low 20s sunshine.

Bank Holiday Monday is on course to eclipse sun-hotspots across Europe and north Africa.

Nice, on the French Riviera, will be 23C while Barcelona is forecast for a cooler 21C. 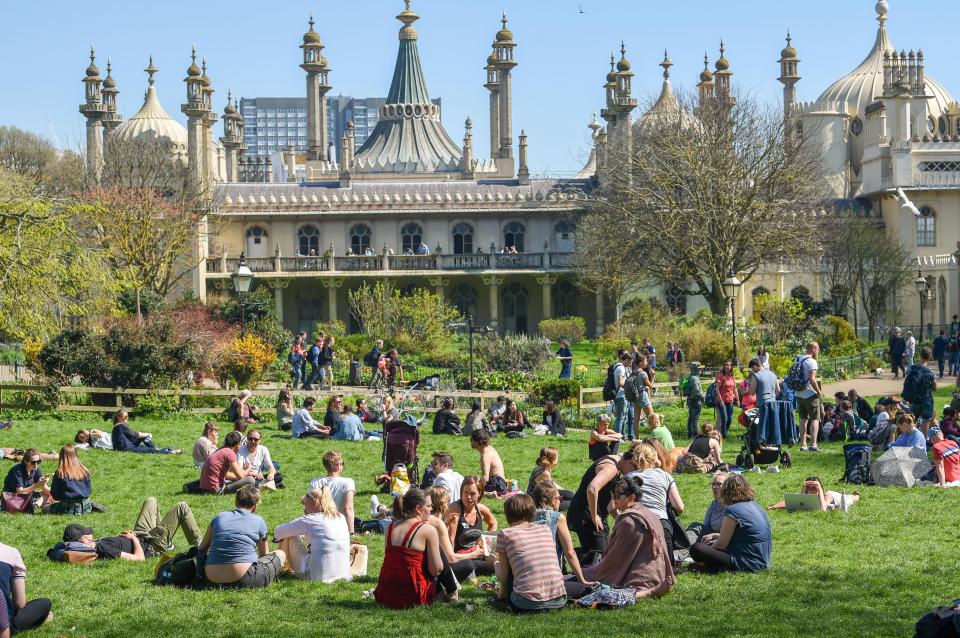 Marrakesh in Morocco is forecast for just 23C.

Forecasters predict the scorching Spring heatwave could last until the middle of next week.

The sunshine revival follows a miserable week of rain where three inches fell in just 24 hours on Monday – 50 percent more than the April average.

With the mercury back on the up, bookies have slashed this month to be the hottest on record to 5/2. 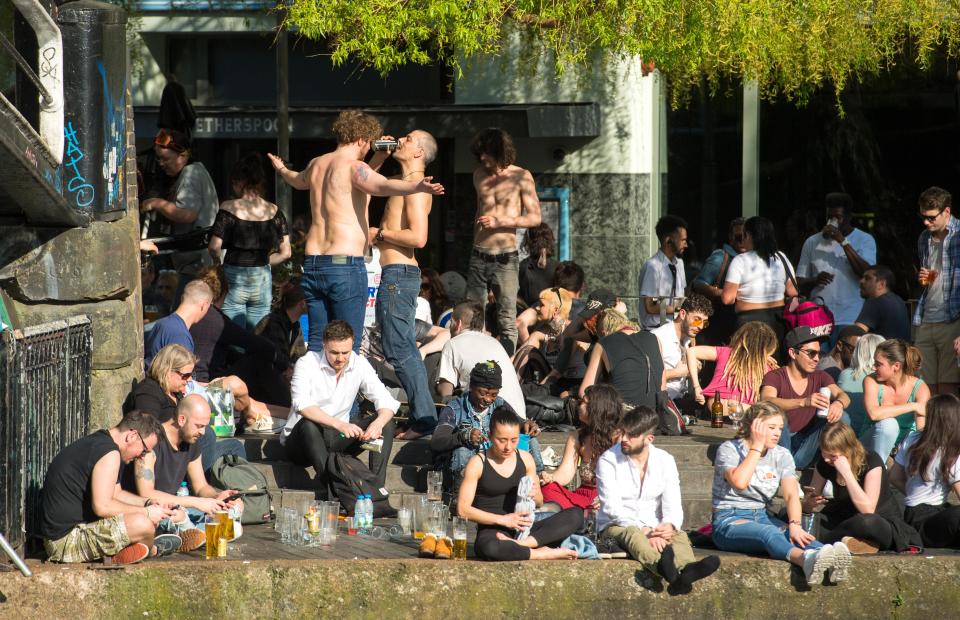 May to have the hottest day of the year so far is chalked up at 5/4.

Chris Bulmer, Deputy Chief Meteorologist at the Met Office said: “For Bank Holiday Monday itself it is possible that temperatures could be near record-breaking.”