Follow
Home » World News » ‘Gigantic’ wolf as big as a LION terrorised Russian village as 20 cows, horses and dogs are torn to pieces – The Sun

‘Gigantic’ wolf as big as a LION terrorised Russian village as 20 cows, horses and dogs are torn to pieces – The Sun

A "GIGANTIC" wolf has been shot dead by a villager in southern Russia after it unleashed terror in the local community.

Reports say that the beast caused havoc in the quiet village of Alexandrovka before being killed by a huntsman. 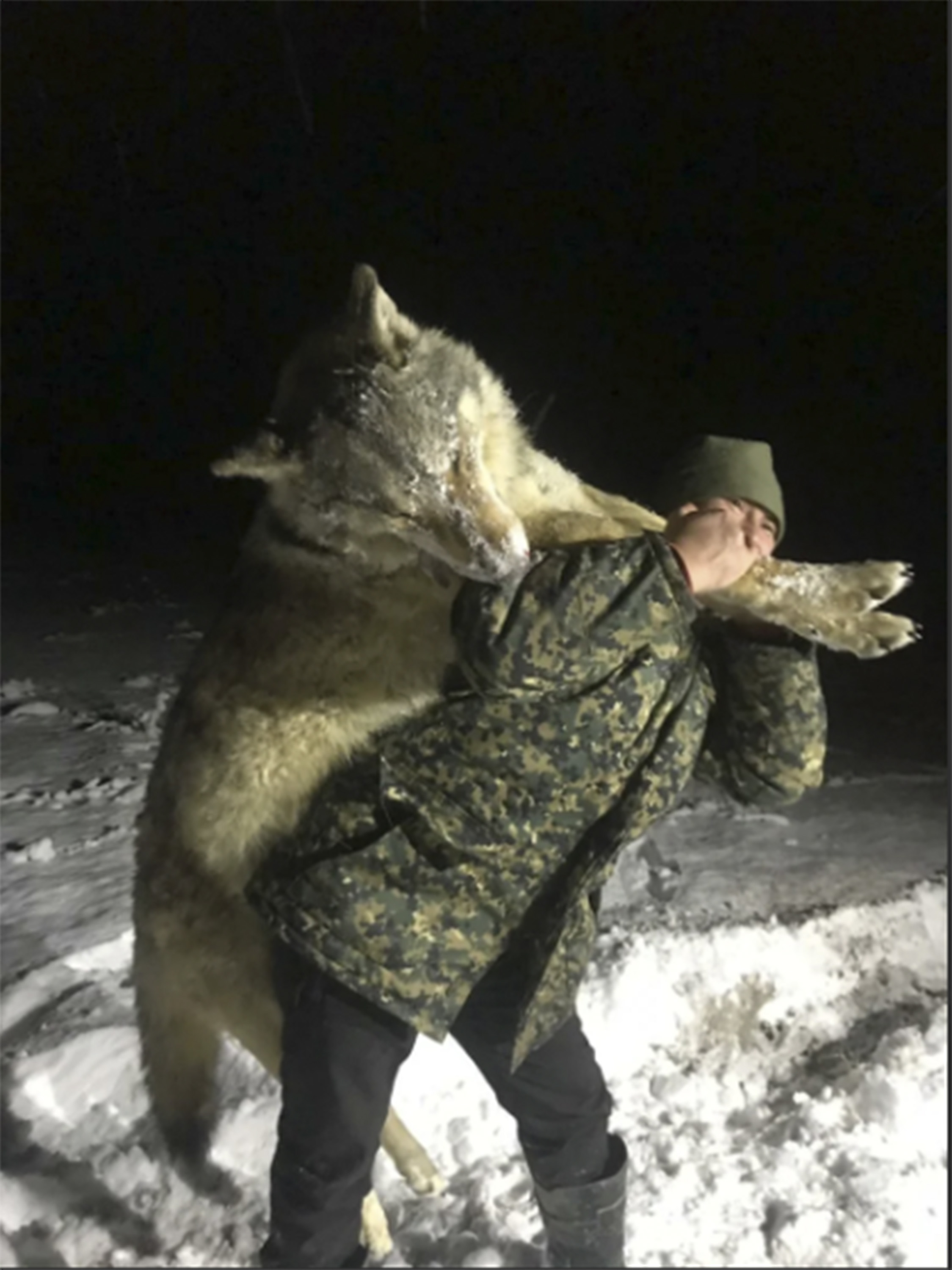 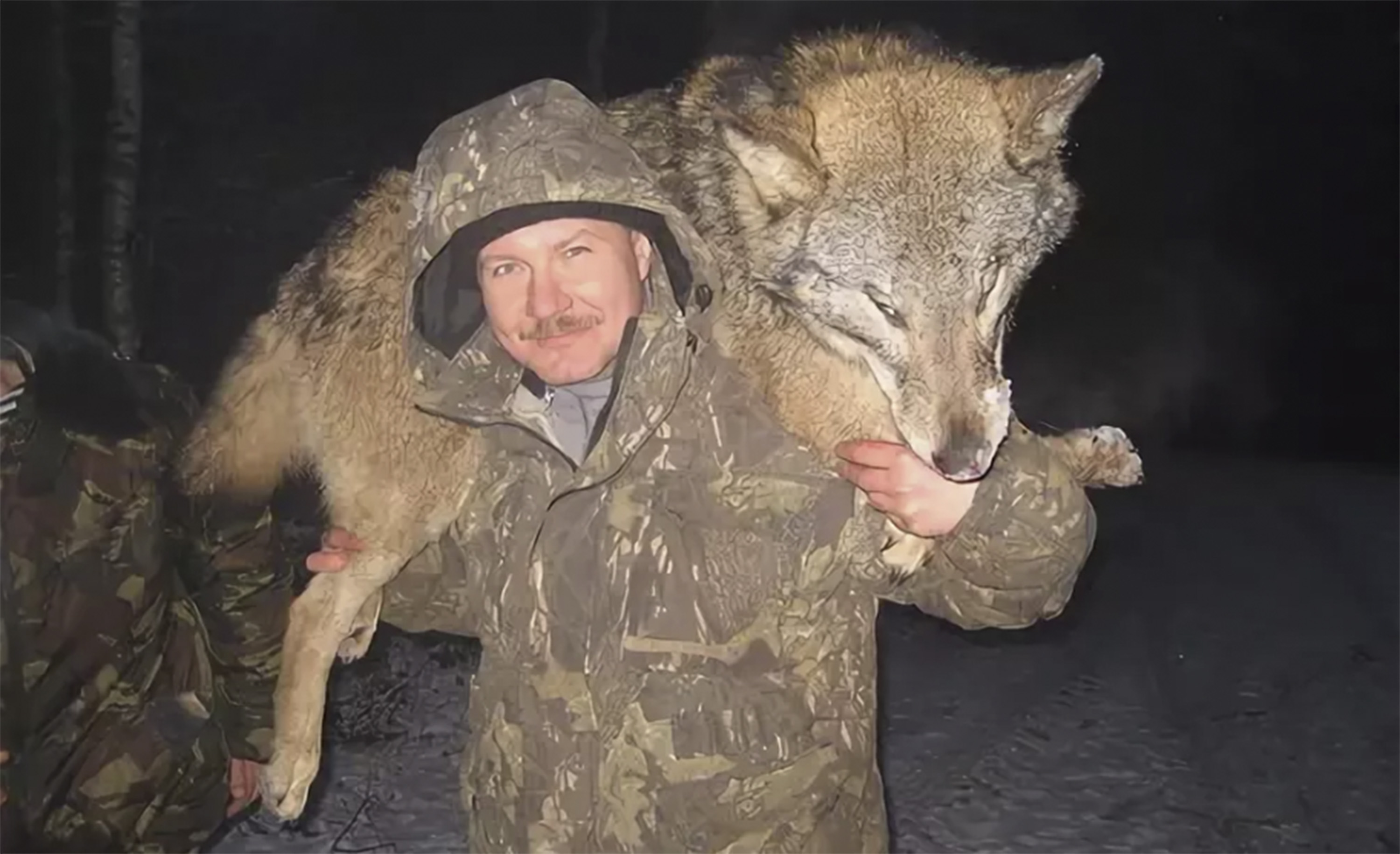 The wolf was shot dead in the Blagoveshchensky District in southwestern Russia’s Republic of Bashkortostan after it was seen in the local graveyard.

Images show a man struggling to carry the giant beast in the snow shortly after killing it, and posing with the massive carcass in the snow.

According to local media, the man shot the wolf as it feared it may move closer to homes and could frighten locals.

He said the wolf could cause serious danger to humans and other animals.

More than twenty cows, horses and sheep were ravaged by wolves in one attack in the Bashkortostan region just last month.

There are around 30,000 wild wolves in Russia, though they have not been spotted in the country for some time.

However, they are increasingly threatening rural communities and domesticated animals.

Helicopters are being used to hunt down the predators in Siberia, but there is a backlash from animal rights campaigners amid demands to permit 'cruel' traps.

They also believe that these could end up catching endangered animals such as Amur leopards.

Greenpeace Russia expert Mikhail Kreindlin warned: “Loops are not selective – for example, they are put for a hare, but any animal can be killed by them including Amur leopards.”

Sonya Chernigova, 14, was killed last year when she went out to buy juice and chocolate at her local shop, and is now feared to have been savaged to death by a wolf.

It is suspected that the wolf later attacked a 35-year-old man in northern Komi republic.

Wolves annually kill run ten people in Russia but there are concerns the numbers will rise. 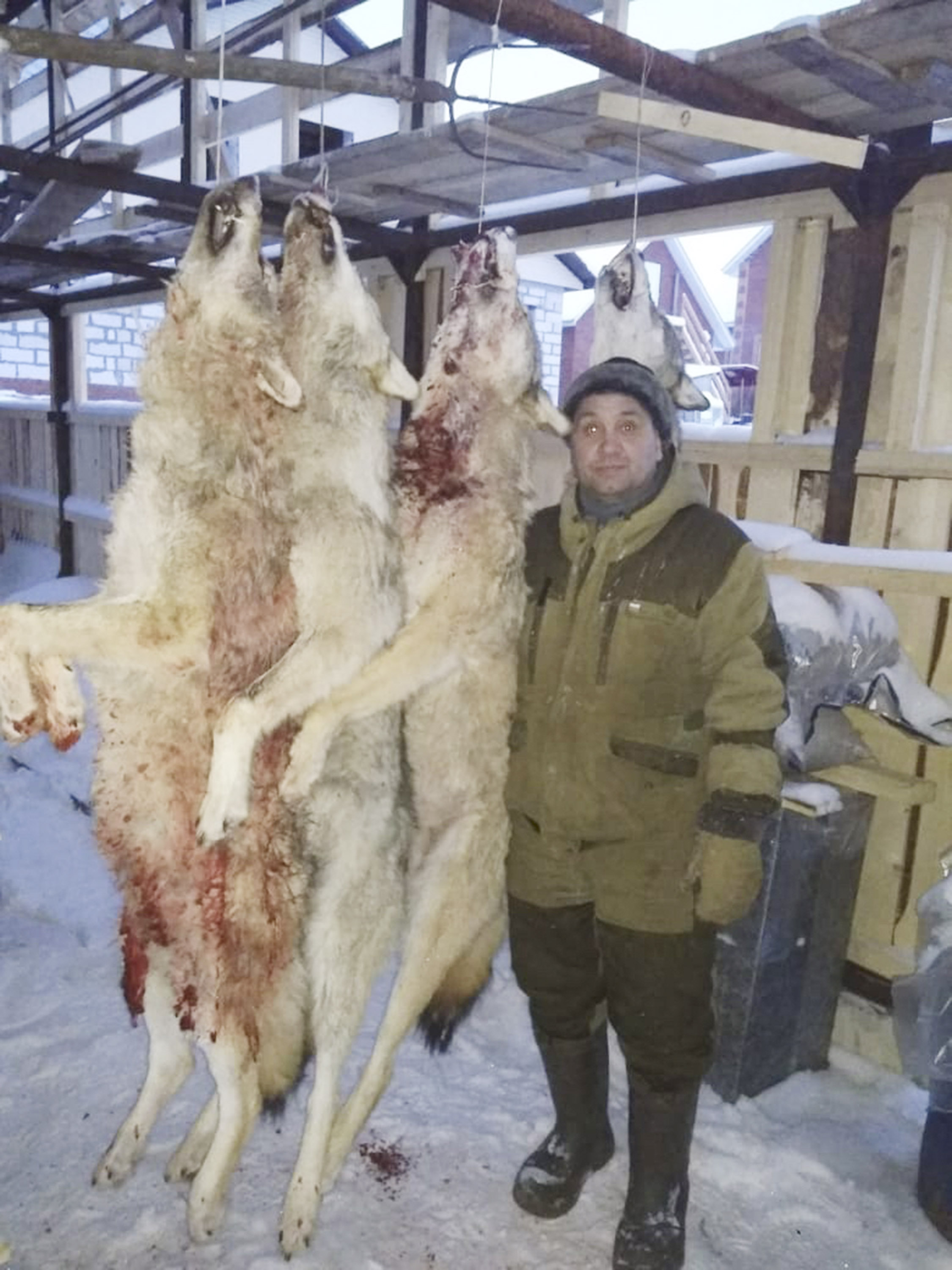 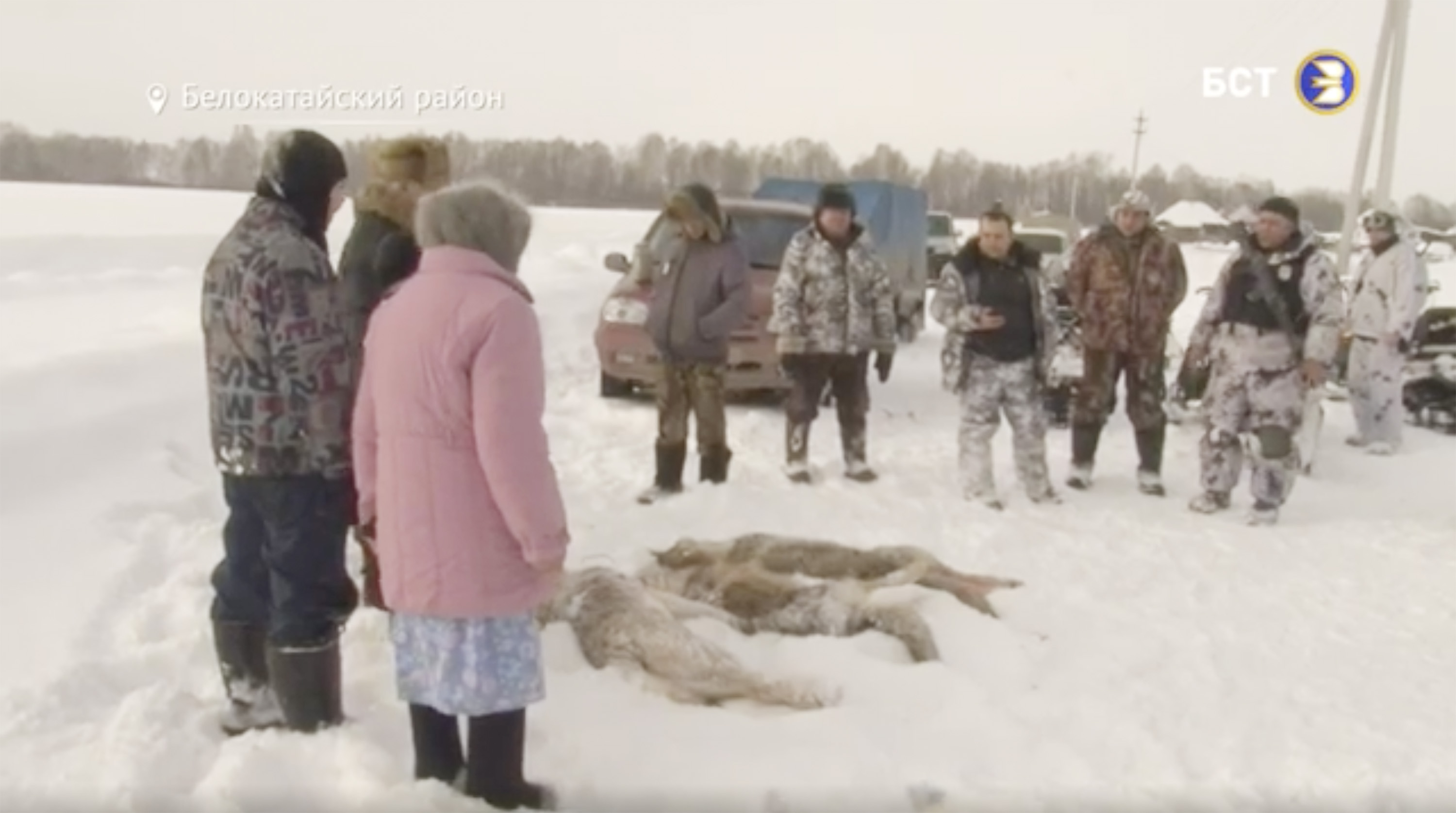 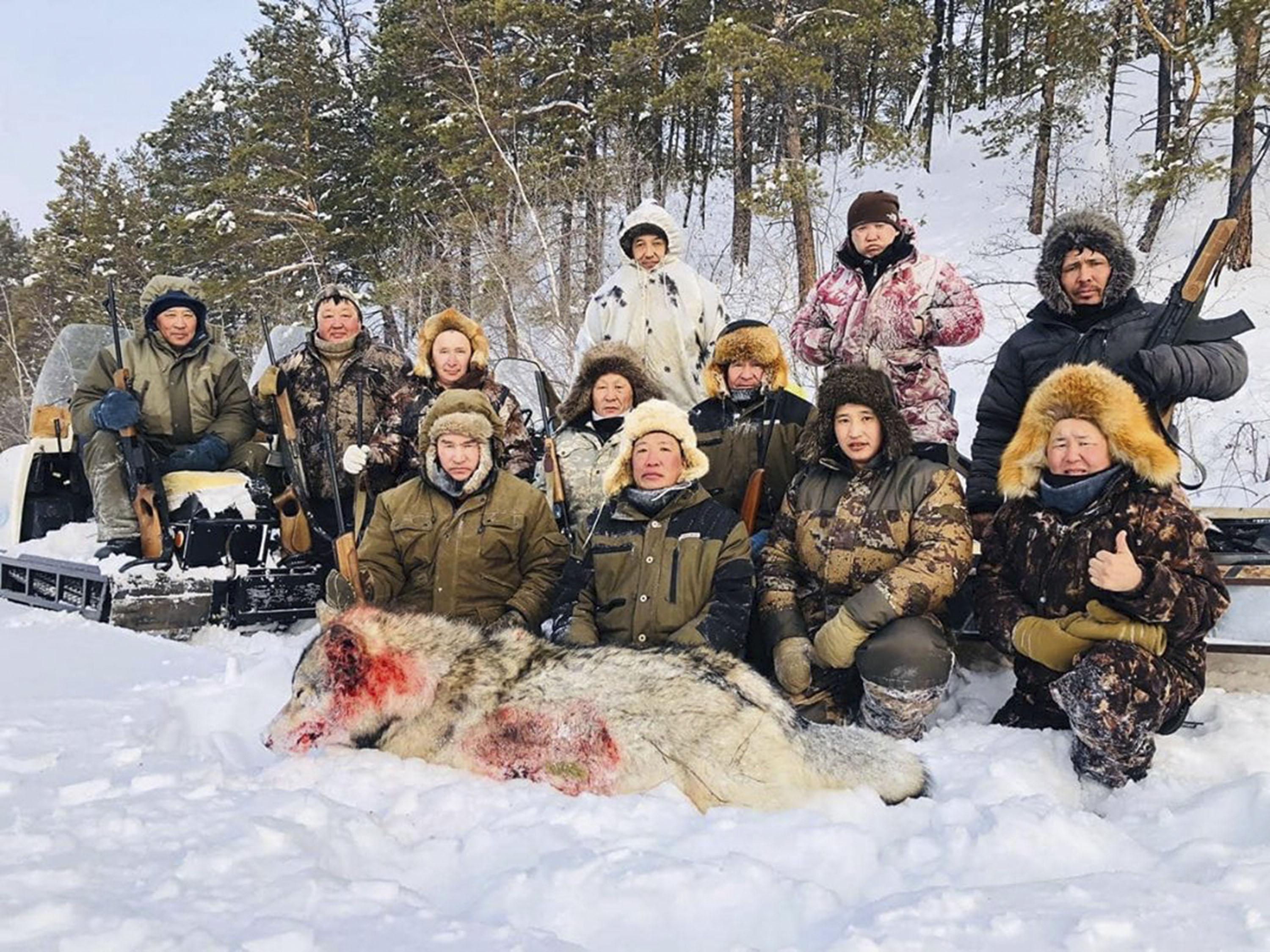